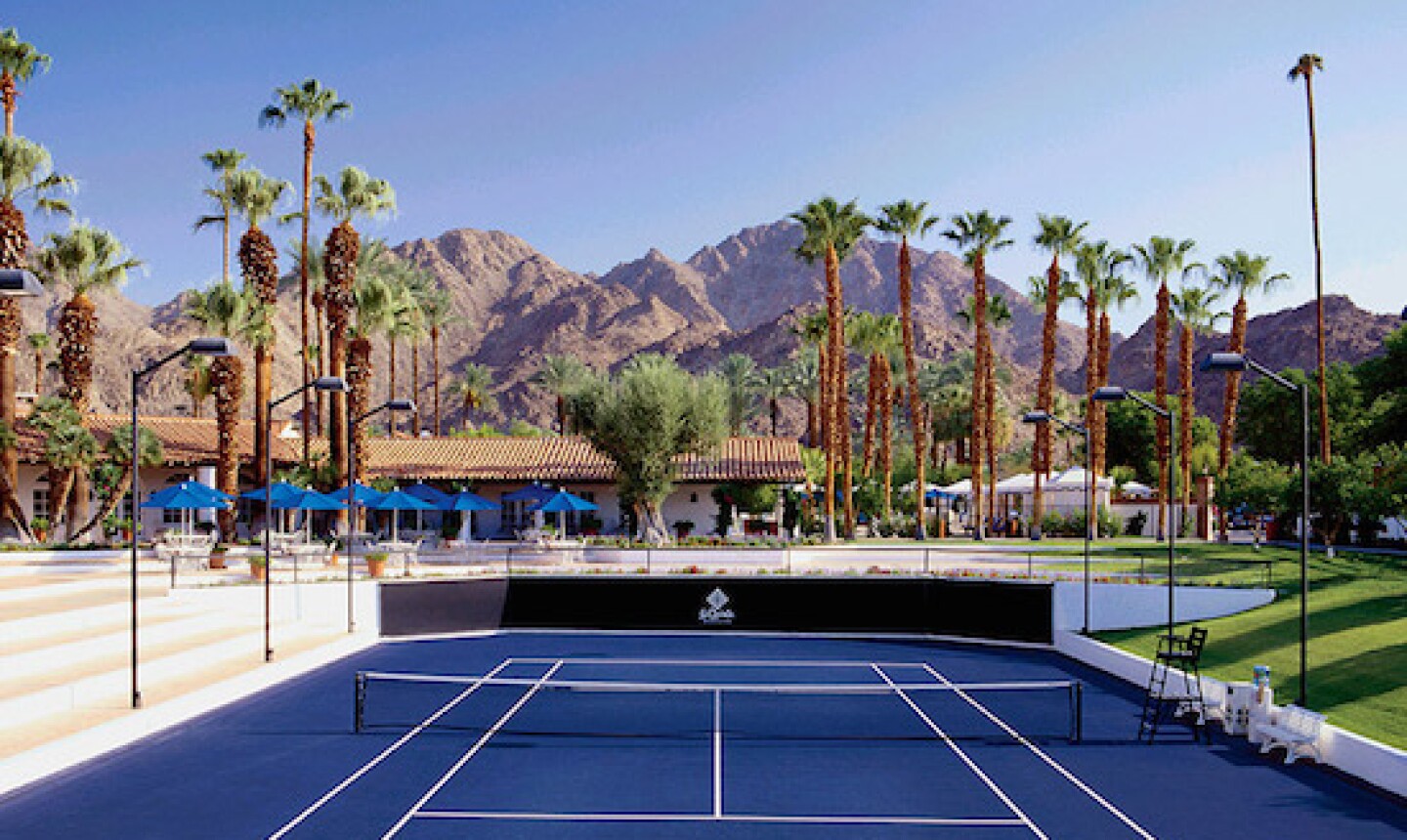 Most of our tips tend to revolve around encouraging you to go on vacations that are more or less all golf, all the time.

This is not one of those tips.

I know how many of you feel: golf should be a huge part of any vacation. But should it be the only leisure activity?

One favorite non-golf activity among golfers is tennis. With its slightly more intense brand of exercise and similar embrace of pairs or foursomes, tennis is a natural companion activity to any golf vacation.

And since tennis fans are fixated on the U.S. Open from New York for the next week or so, here are ten (plus a surprising eleventh, soon to debut) golf and tennis resorts where you can have fun both on the course and on the court:

The North and South Courses at The Boulders are renowned for their spectacular desert golfing charms, but that’s far from all there is to do at one of Arizona’s great resorts. The eight tennis course at The Boulders include three different surfaces: four premier hard courts, three cushioned courts and one traditional clay court. This facility regularly features in Tennis Magazine’s “Top 50 Tennis Resorts in America” list.

Long rated one of the top resorts for tennis in America by Tennis Magazine, The Broadmoor’s six tennis courts include two cushioned hard courts and two Har-Tru surfaces. Tennis is a year-round activity at The Broadmoor, as two of the courts sit inside an illuminated and heated bubble for all-weather play. In the summer, the tennis staff organizes round-robin tournaments that encourage camaraderie between all tennis-loving resort guests.

Carmel Valley Ranch’s golfing charms—a Pete Dye-designed course that sees well over 300 days of sunshine and mild temperatures per year—are well known to California golf travelers. But the resort’s tennis facility is not to be overlooked, either. With seven hard courts and two Har-Tru courts, there is plenty of space (and the aforementioned sunshine) to accommodate a bustling tennis scene.

As one of America’s premier all-around resorts—never mind the terrific golf offerings—it is no surprise that The Greenbrier is a haven for tennis lovers. Just as Lee Trevino is the Greenbrier’s “golf pro emeritus,” the legendary Pete Sampras holds that title on the tennis side. In addition, the resort hosts the annual Greenbrier Champions Tennis Classic each autumn. Later this month, John McEnroe, James Blake and Jim Courier will join Sampras for the two-day exhibition.

Kapalua is most famous for its Plantation Course, which hosts the PGA Tour’s annual Hyundai Tournament of Champions. Its Bay Course is worth playing, too. And for tennis lovers, there’s the Kapalua Tennis Garden. Located at the Bay Course clubhouse the Garden has ten "plexi-pave" courts, all of which have lights for nighttime play. A full tennis pro shop and a staff of instructors complete the offerings.

In the world of tennis, quite simply it does not get much better than Kiawah Island Resort. Golfers know Kiawah as the home of five great resort layouts headlined by the venerated Ocean Course, where Rory McIlroy won the 2012 PGA Championship. But tennis junkies salivate similarly at Kiawah’s two full tennis facilities, which have a combined 24 courts. The Roy Barth Tennis Center has nine Har-Tru and two lighted hard courts, while the West Beach Tennis Club boasts ten Har-Tru courts with two hard courts for the enjoyment of club members and guests.

Golf is a big part of life at La Quinta, with five courses (including PGA West’s TPC Stadium Course) for guests to choose from. But tennis is an institution there as well, and has been since 1978. La Quinta has more than 20 courts, with a mix of hard and clay surfaces, as well as the distinctive, sunken Centre court, where guests can also play and imagine themselves part of tennis history.

Its three golf courses are well-known and deservedly lauded, but tennis has also been a big part of the activity offerings at the Omni Amelia Island Resort for 40 years. Over that time, the resort has built a facility of 23 Har-Tru courts that have hosted tennis legends such as Andre Agassi and Maria Sharapova.

Everyone knows that Pinehurst is one of the great hubs for resort golf in the world. But did you know that tennis has been a part of Pinehurst as long as golf has? It’s true, and now the resort is home to 18 clay courts and a tennis club membership of 450. Resort guests are able to get in on the fun as well, and the staff is often able to pair players of similar abilities together for a rousing match.

Located both in a valley and near the peak of some of the famous Blue Ridge Mountains, Wintergreen is a unique resort in Virginia with great golf and a functioning ski area, where on certain days one can manage to take on the slopes at the top of the mountain in the morning before an afternoon round of golf in the valley. Tennis is also a popular activity, with facilities both at the high-elevation Devil’s Knob facility and the valley-located Stoney Creek course. In total, Wintergreen has 19 clay courts and three indoor deco-turf courts that enable year-round play. In addition, Wintergreen’s Tennis Academy is known as one of the best in the United States, making it an excellent resort for players who seek improvement both on course and on the court.

You may have heard a bit about this newest facility brought into being by Mike Keiser, who founded the glorious Bandon Dunes and Cabot resorts in recent years. His most recent effort is in the sandy hills of central Wisconsin, and in addition to world-class golf (the original Coore & Crenshaw course is open, and a David McLay Kidd design is in construction), it will offer tennis as well. The extent of its facilities is TBD, but stay tuned!

These ten resorts stand out to us as great places for both golf and tennis. Have some other suggestions? As always, let us know in the comments!

Have you considered Reynolds Lake Oconee in Georgia. It hosts 5 golf courses as well as a 14 Tennis courts of various surfaces. The tennis center is a PBI teaching facility. For accommodations a Ritz Carlton hotel as well as many condos are available.

Mauna Kea on Hawaii's big island has a fun golf course as well as a top-notch tennis facility - all within steps of its amazing beachside setting.

For something a bit more laid back how about Montage Palmetto Bluff? Brand new five star inn and villas, hard courts with a dedicated tennis clubhouse, Nicklaus golf course regularly voted amongst the best in South Carolina and just a lovely 15-20 minute boat ride away from Harbour Town. Horse trails, shooting club, hiking, fishing when you get bored of golf and tennis...

Sea Pines Resort at Hilton Head has to be a strong candidate for the list.

On the golf front Harbour Town reopens Sptember 28th, Heron Point by Pete Dye has matured into an excellent test and Davis Love is about to redesign The Ocean Course. Two fabulous new clubhouses ( and a new beach club).......and maybe best of all teaching pro Tim Cooke and his new learning center.

Ritz Carlton Reserve in Puerto Rico is also a great option. With three Robert Trent Jones Sr golf tracks and hard court and clay tennis courts. It has a great spa and a great beach club. No passport required for travel. 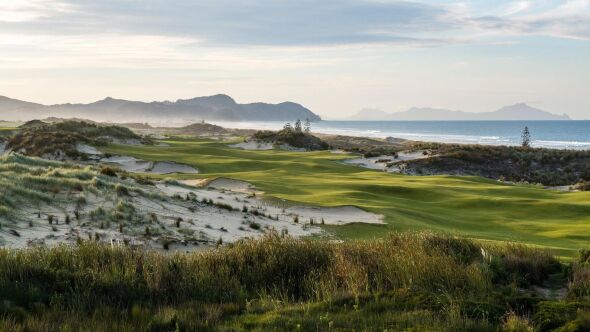 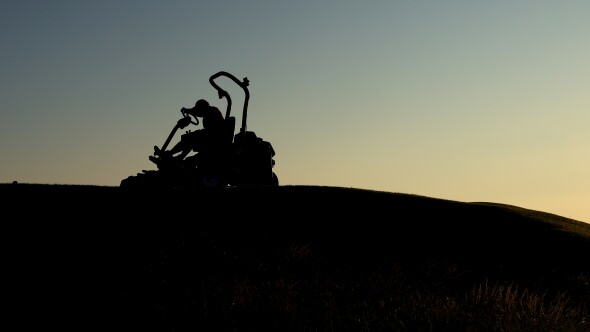