The 19th Hole is Great For:
Drinks 25
Watching the Game 16
19th Hole Scenic Views 10
Course Challenges Include:
Water Hazards 48
Bunkers 36
Forced Carries 33
This course/club is great for:
Advanced Golfers 33
A Weekend Splurge 31
Locals 30
This Course's Location is:
Worth the Drive 39
Near Local Attractions 25
Convenient to the City 19

The course was in excellent shape as usual. Had a wonderfully time playing as the weather was pretty nice. It was kinda of windy which makes Moody that much more challenging!

This course is great. The fairways are immaculate as are the greens. I have nothing negative to say about this course.

Hi, fspain. Thank you so much for the great review. We are glad you had an incredible time, and we hope to see you again soon! Thanks for choosing Moody Gardens Golf Course.

You can count in this place being in very good shape (fairways and greens). Bunkers need work. Would be great to see mid-week deals for residents!!

Hello, MrBogey55. Thank you for visiting us at Moody Gardens Golf Course. We appreciate your 4-star rating and review. We hope you join us for another round soon.

Can We Rake A Trap Please?

Greens & turf were great but there wasn't a raked trap in the place. This course is too pricey for traps that look like the Galveston beach. C'mon, you can do better than that!

Hello u9718767, thank you for taking the time to review us, and for the 4 stars. We're sorry to hear the course may not have been in the best shape on the day of your round. We appreciate your feedback as we work to make any necessary improvements. Thank you for choosing to golf with us, and we look forward to seeing you again soon at Moody Gardens Golf Course.

This was my first time at MGGC. Because we were running late, I didn't get to check out the clubhouse etc. It appeared to be an older building left over from the former Galveston Muny. It's elevated such that the main floor is on the 2nd floor. I could see that the bar on one end of the building was surrounded by windows and had the usual sports on TVs. So that's a plus.

Two marshals were hanging around the driving range and handling starter duties. They were super friendly ... some good ol' boys. We enjoyed chatting with them for a bit before they sent us off as a 2-some. I was fully in favor of that. I'm not a big fan of playing with strangers. That, and there was a good chance I'd have a poor scoring round; I did. We saw one of the marshals on the course later on but he was likely handling something rather than checking on players. He did have his radio volume up which (luckily) went off just *after* my partner's tee shot. He might want to turn the radio down or use an earpiece while out on the course.

Water, water, water ... it's everywhere on this course. Take a look at satellite imagery and/or your golf app in order to figure out your safe shots. And you can't hit near the water because that area is often marshy. Oh, and it'll be full of huge, hungry mosquitos. So when you find a Titleist Velocity with a blue dot bottom right of the logo ... that's mine. I left them all over that course! :)

Trees ... what trees? There are a lot of palm trees on the course and it looks like the freeze we had last winter killed half of them. Too bad. Past that, this course won't have any trees for you to worry about. You're either in grass (short/rough) or you're in the water. Well, you could end up in the bunkers; I did more than once. I can't really speak to their general condition because they'd been flooded +/- by the recent rains. Some had puddles and some were just soaked and hardening on top. I imagine the course would have to wait another day or so before they could turn them over and/or fluff them up ... if that's something they actively do. The course is flat -- no elevation changes whatsoever. As for the grounds, I didn't notice any real problems. The tee boxes, fairways, and greens were all in really nice shape. The greens were fast though. I don't know if that's normal or if they'd been cut (shorter) recently. But a putt that should've rolled 10ft was going about 14ft.

As for our particular day of play, it was WET. We'd had a day or two of overnight rain so the course was a little sloshy in spots. It seemed to drain fairly well though. Of course, the cart paths had numerous spots where it remained covered in big puddles. It's not a big deal, but is something that could possibly be added to the maintenance to-do list for a (... wait for it ...) rainy day. Speaking of the cart paths, I really wish every single course would use the red-white-blue-yellow paint striping. They do have the various/multiple distance markers on sprinkler heads ... so that's good. But I'm a fan of 'path paint' as it's so helpful to so many. During this COVID time, this is a rare course (that I've seen) that actually has coolers of water available. With COVID still messing with various things in our respective lives, most courses have not yet gone back to putting out water.

With the airport next door, we were treated to a loud single engine plane that was doing touch-n-go's with a quick vertical accent upon takeoff. It was fun to watch. Speaking of noise, I wasn't used to playing on a course that has streets bordering the course such that you get a somewhat steady stream of cars driving in/out of the course as well as the neighborhood next door. I did not care for that ... mostly because I'm just not used to it.

Thank you for your review, GordonATX. We will pass along your positive experience and feedback to our team at Moody Gardens Golf Course. We look forward to seeing you again soon.

The Good: I am a long time patron of the course. I love playing it. It is always in excellent condition.
The Bad: since the new manager the prices have shot up to the point where friends coming from out of town do you not want to pay that much to play the course.
The Ugly: The new manager can use some training in dealing with his customers in a more professional manner. However the rest of the staff very pleasant and kind.

This course is generally in very good shape. The recent hurricane loused up the bunkers and many palms were killed by the winter freeze. Greens and fairways were pretty good!

Hello, MrBogey55. Thank you for visiting us at Moody Gardens Golf Course. We appreciate your 4-star rating and review. We hope you join us for another round soon.

Hi, u988871855. We would love to hear more about your positive experience on our course. Please contact us to share with us your favorite part of your experience. Thanks for golfing at Moody Gardens Golf Course!

Hello and thank you for your 5-star rating, Kenny9! We're delighted you enjoyed your round. Please book another round with us soon, and thanks for choosing Moody Gardens Golf Course!

rblalock1
Played On 09/04/2021
Reviews 1
Skill Intermediate
Plays Once a week
I Recommend This Course
5.0
Previously Played

Fun layout and always in great shape. Paspalum grass was awesome! Good change of pace from the usual Bermuda.

Hi, GoGolf719. Thank you so much for the great review. We are glad you had an incredible time, and we hope to see you again soon! Thanks for choosing Moody Gardens Golf Course.

Tee to Green is the pristine

Would like more direction on tee boxes and they are working on bunkers!

I believe this will be even better next year!

Thank you for taking the time to review us, u000007007940. Your feedback is valuable, and we look forward to delivering you excellent service again soon. Moody Gardens Golf Course thanks you!

This course was in great condition. We were impressed by the greens. Our round was on a Tuesday afternoon with open holes in front of our group and no one behind us. Could not ask for a better experience.

Hi, mdunn12. Thank you so much for the great review. We are glad you had an incredible time, and we hope to see you again soon! Thanks for choosing Moody Gardens Golf Course.

almondcurmi13
Played On 08/14/2021
Reviews 1
Skill Intermediate
Plays Once a month
I Recommend This Course
5.0
Previously Played

One of the nicest, cleanest courses I’ve played on. Staff is friendly and food is top tier at pelican grill ! I’ll be back moody ! Thanks for the awesome round !

Hello and thank you for your 5-star rating, vrlliles! We're delighted you enjoyed your round. Please book another round with us soon, and thanks for choosing Moody Gardens Golf Course! 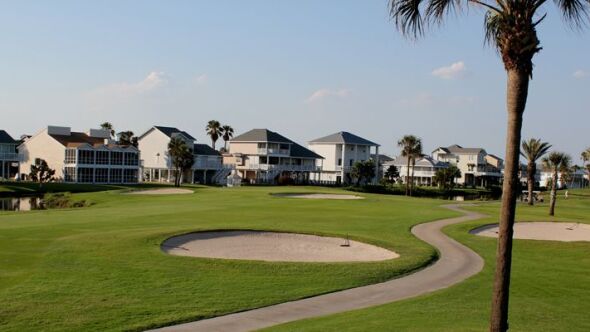 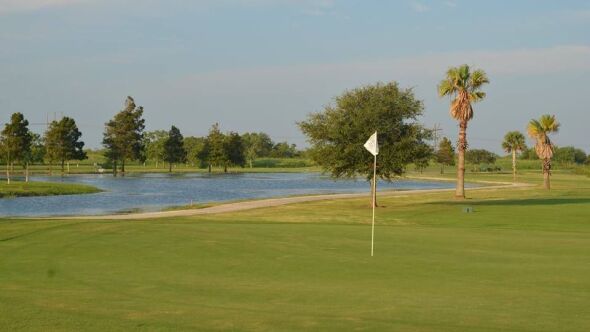 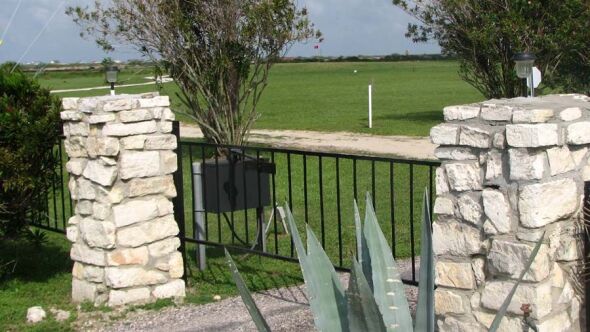 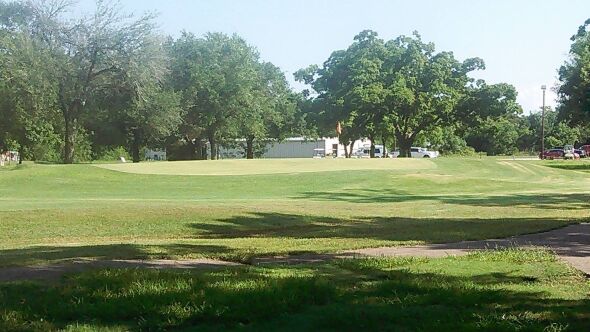 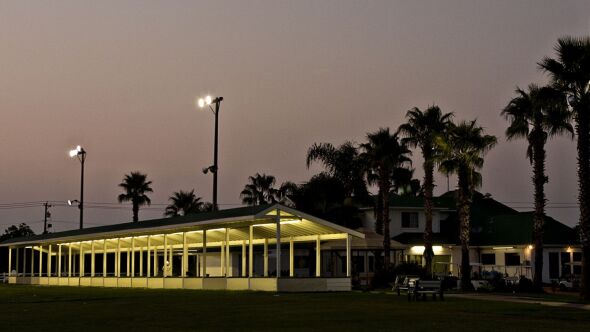 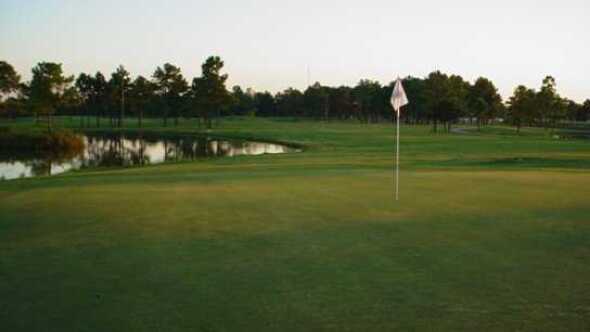 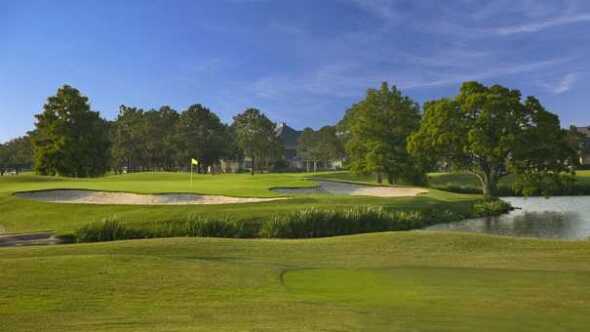 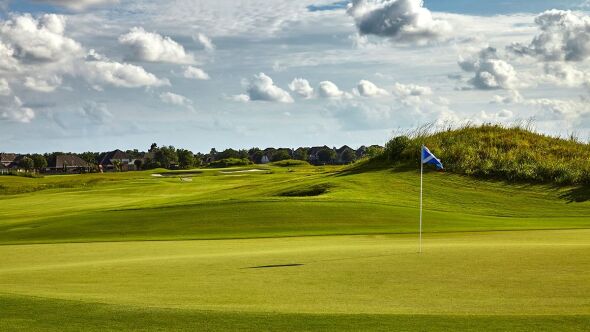 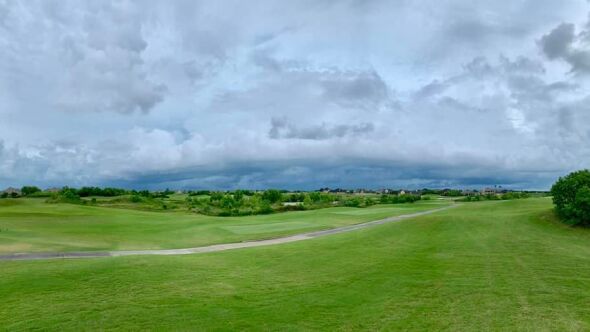 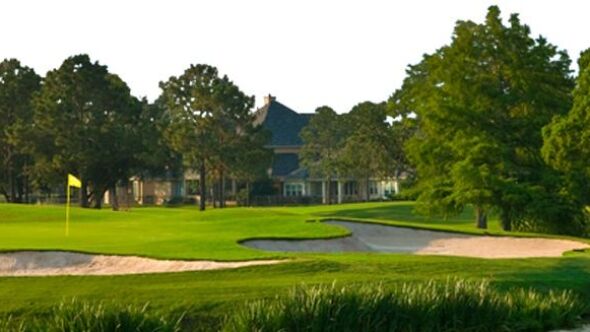 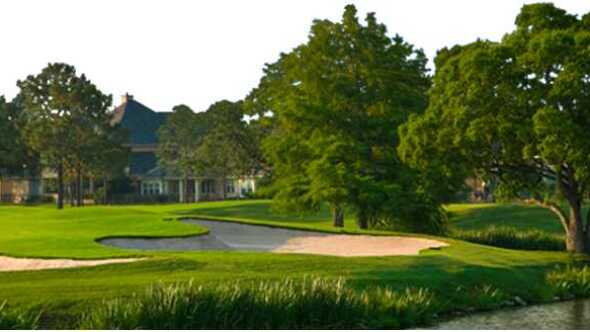 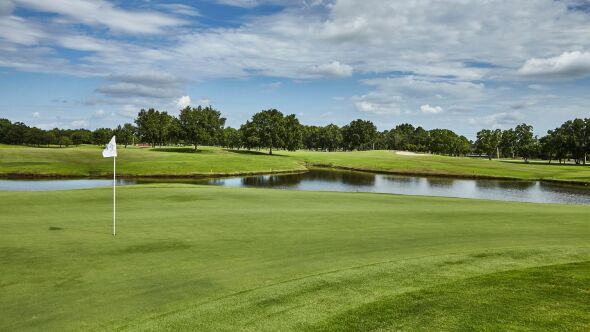 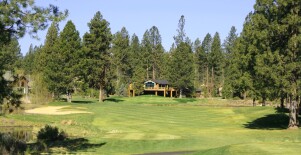 Articles
Power Rankings: Top courses in August based on your reviews 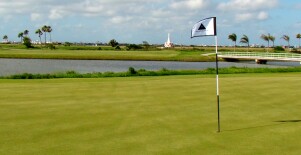 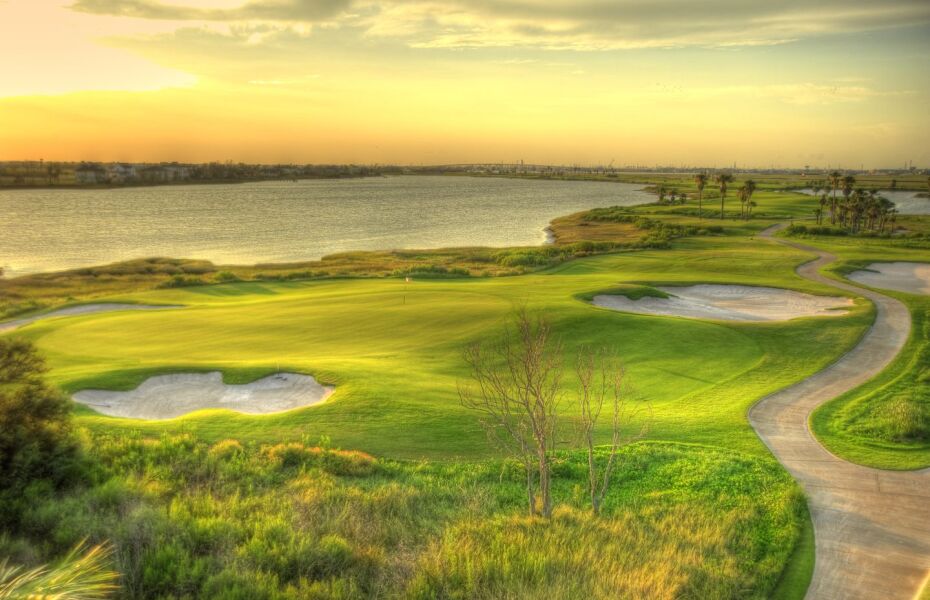 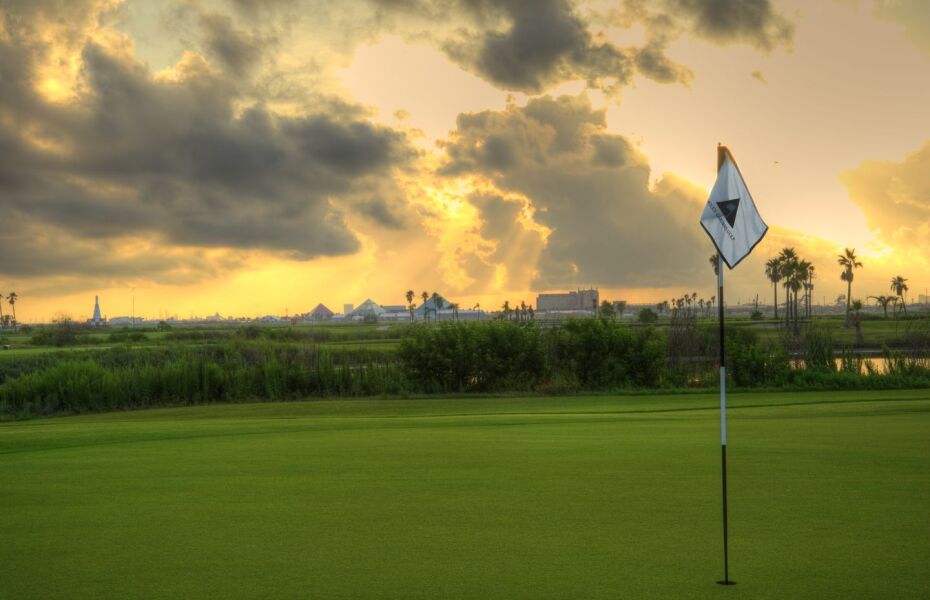 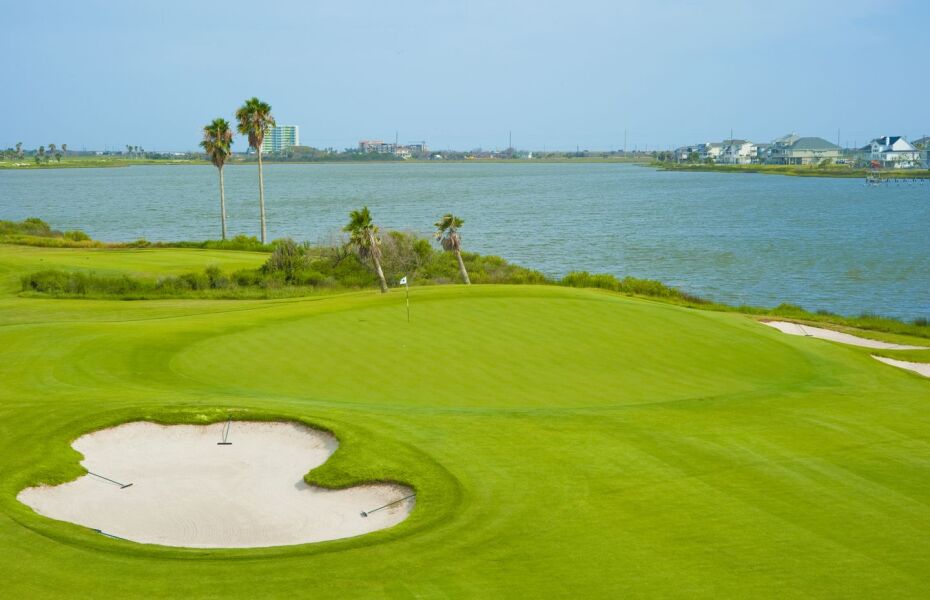 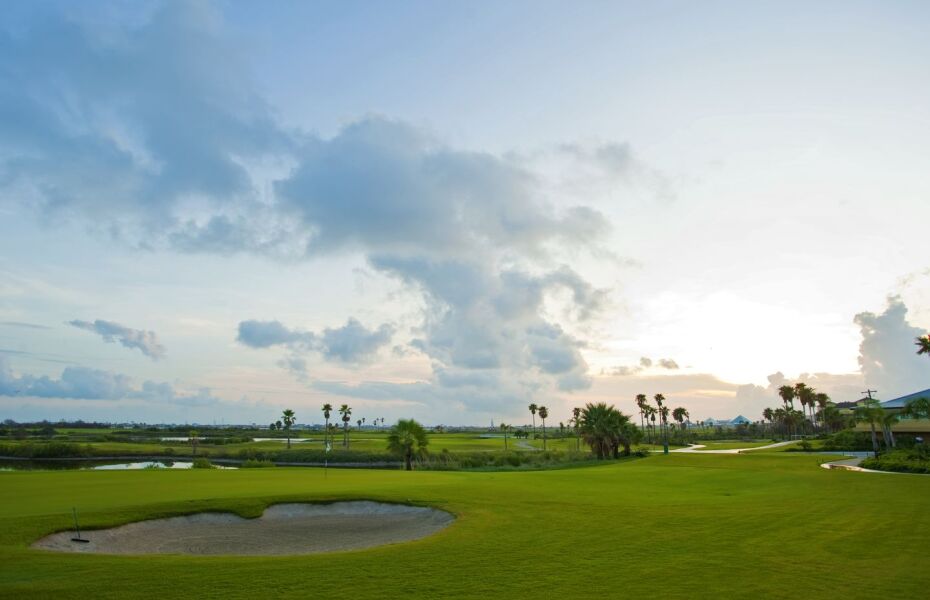 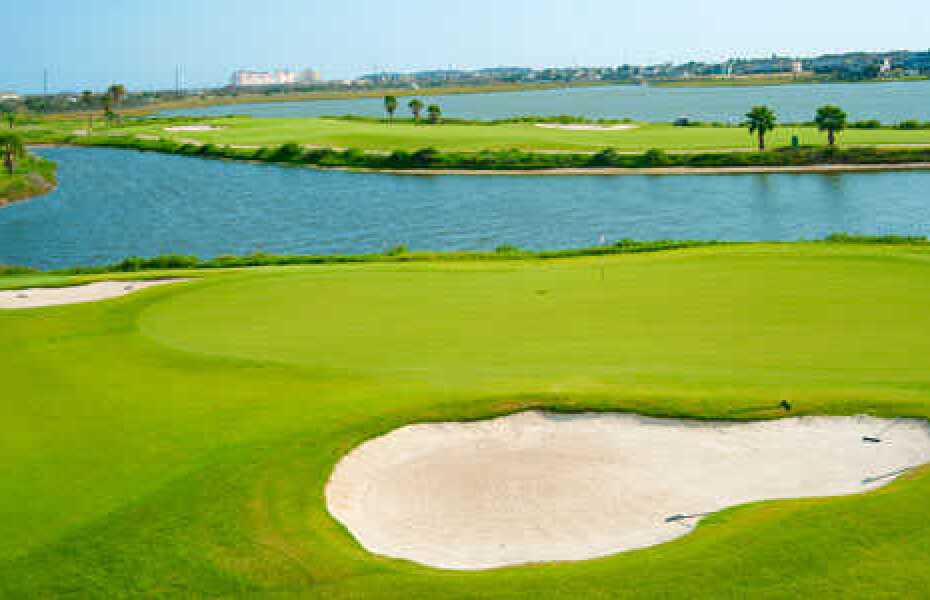 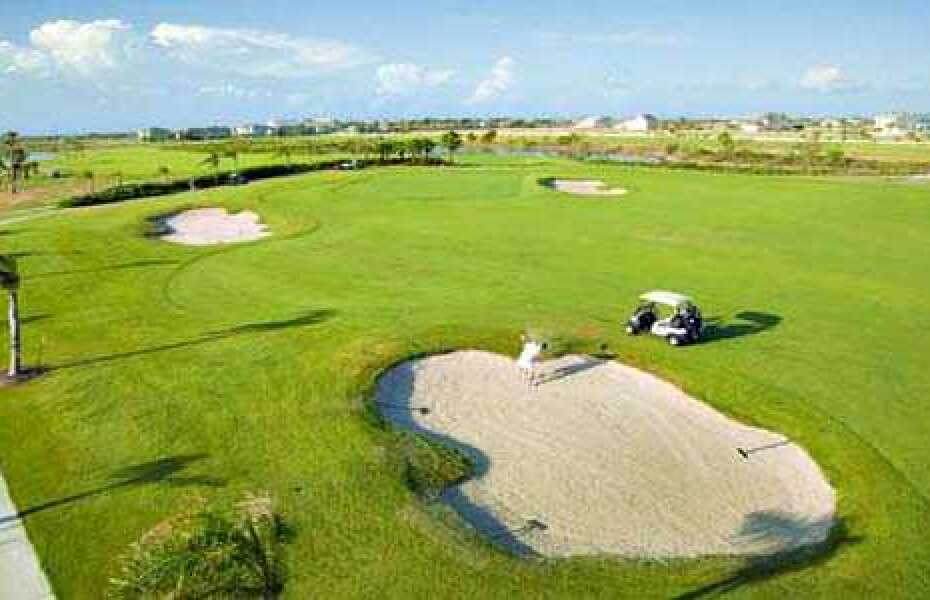 A view of hole #1 at Moody Gardens Golf Course 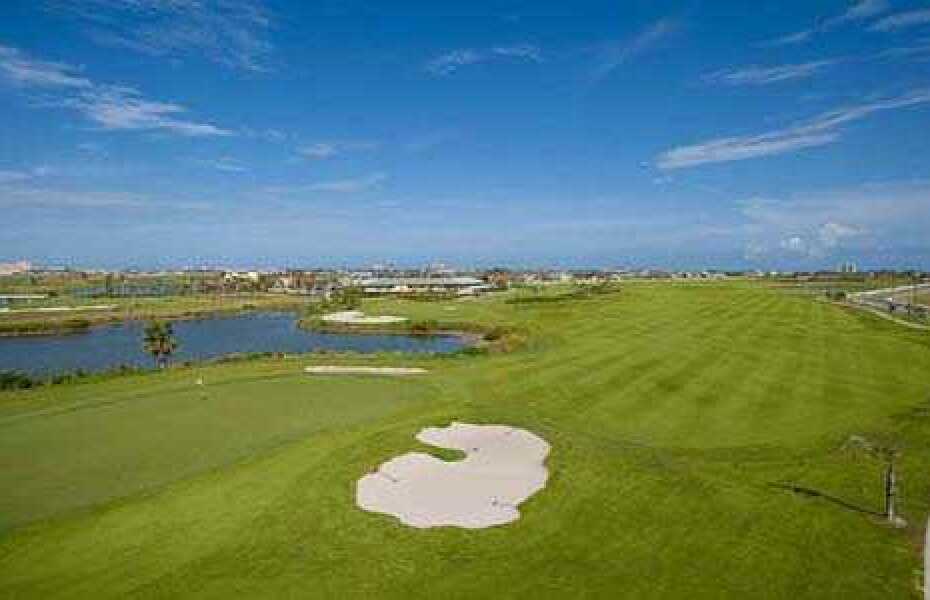