Foss Park Golf Course has a convenient location in North Chicago that is an easy drive in from the city. It's a public course that is known amongst locals for being one of the area's best golf values. The layout is wide-open save for three holes that are framed by towering mature trees. The golf course strikes a good balance between being challenging and playable. The fairways are narrow and demand accuracy but the massive greens are more forgiving. Each hole offers a variety of different playing options, which makes the course appealing to a wide range of skill levels. The golf course has plenty of sand, plus water hazards come into play on several holes. There is also a driving range and large practice putting green available at Foss Park G.C.

The 19th Hole is Great For:
Drinks 20
Brunch 11
Watching the Game 11
Course Challenges Include:
Narrow Fairways 19
Bunkers 15
Forced Carries 15
This course/club is great for:
Locals 24
Walkers 19
Seniors 18
This Course's Location is:
In the 'Burbs 23
Worth the Drive 12
Convenient to the City 7

People cut in front of us, people were hitting up on us when we had nowhere to go because of the slow play.

I had a 9:09 am tee time. I get there 10 minutes early. There's a couple there and I see she has a Marquette University golf bag. So I'm thinking this could be fun. Well the boyfriend didn't want me playing with them, immediately putting me in the middle between a foursome and a now twosome. So after I wait in the middle of the 1st fairway, I see this is going to be one of those hurry up and wait days. So I hit my ball, put it on the green. Then, seeing that the foursome ahead was now waiting for the foursome ahead of them (two fours in front of me and a twosome behind), I dropped a second ball and quickly hit it on the green as well.

Which the boyfriend apparently didn't like. After I got my par and waited for the groups in front of me to go, the twosome rolls up behind me and the boyfriend complains about making them wait. Which kind of upset me, seeing the Sunday morning slow train of golfers in front of me. We exchanged ideas in a calm way-really.

They caught up with me at #4. I had just hit my drive. I asked them to please go ahead because I didn't want to make them wait for the two foursomes ahead of me. Id rather wait on them. They came up with this story that they were playing with people behind them. Which to me said "why are you worrying about what's ahead if you have to pay attention to who's behind you?" The exchange also sealed the silent understanding that I could do what I want. Well, I played like crap after that, not surprisingly.

The course was in good condition. I shot a 44 on the front and didn't count the back. That was my first time there since the pandemic. I'd go back, but not during primetime.

No carts when we arrived for our 9:50AM tee time. Had a difficult time understanding what was going on because the starter didn't speak English. Finally got a cart about 45 minutes later and teed off slightly behind schedule. Cart broke down in the first fairway. Got another cart that was very slow, but got us around sufficiently. Had to wait in second fairway because the group in front of us had a cart break down. Luckily the staff drove one out to that group in fairly short order.

The course was badly in need of mowing. The tee box and fairway grass was over an inch long and the rough was so long we spent time searching for nearly every ball that didn't find the fairway. I know the course suffers from drainage issues, but it hasn't rained here in a week and there's no excuse for how long the grass was. The greens were at least mowed recently, though they were wildly inconsistent from hole to hole.

5+ hour death march of a round. At least they had a few cocktail specials at the turn, but we waited 10 minutes for someone to serve us. There were only 3 people in the bar area at the time.

There was also a $5 refundable fee for using a cart key. That's so unusual that I completely forgot to get my money back after dropping off the cart. Admittedly, that's my own mistake but come on... were they really having an issue with people stealing cart keys?

At any rate, I won't be back to Foss Park anytime soon. It's a shame because it's a fun course when run the right way.

Showed up half an hour early and was told it would be at least an hour before I could get a cart. Ridiculous. So I walked the front 9 and rode the back.

Hi! Thank you so much for leaving us with your feedback. We value our customer experience, so your review is important to us. We will make note and we hope to see you back at Foss Park Golf Course!

We're glad you enjoyed your 5-star experience with us. Please comment or reach out to our team in the golf shop to let us know more about your round at Foss Park Golf Course!

Hi. We would love to hear more about your positive experience on our course. Please contact us to share with us your favorite part of your experience. Thanks for golfing at Foss Park Golf Course!

Thank you so much for taking the time to leave an excellent rating! We really appreciate your business. Please let us know what we can do for you in the future to earn that last star!

Call before you go

We arrived 30 minutes early for our tee time that we booked with a golf cart. They told us that they didn’t have a single golf cart because they were waiting for new ones to come in (why they didn’t do this in the winter is beyond me). They told us that we can take a push cart but we had to wait for 2 to come back because they ran out. We waited an hour and half before we got 2 and it was terrible. The fact that they sold tee times saying a cart was included was very wrong in their part because I know they can change that. Hard to say if I’ll go back. Course was soaked everywhere and 20 mph wind made it even more tough. Goodluck

Thank you for visiting Foss Park Golf Course. We hope you'll give us another try in the future.

We paid at the course for our tee time which included carts. The course wasn’t letting carts out and didn’t have any pull carts. We were still charged the rate “with cart” but didn’t get any. Very disappointed since we play here often. Greens were in bad shape and just needed to be cleaned off but were not.

Hello, thank you for visiting us at Foss Park Golf Course. We appreciate your 4-star rating and review. We hope you join us for another round soon.

We appreciate the review. You rated us 3-stars which means there is room to improve on your recent experience at Foss Park Golf Course. Let us know, in the comments, how and where you would like to see changes from the course. Thanks for the feedback!

Randomly played while in the area. It’s been raining, but course was in good shape. Very open fairways. Light on the bunkers and water. Driving range was good too. Played 18 as a lone golfer in a cart in 3 hours exactly.

Left afterwards, but they had a full bar and the facilities were clean.

Hi, thank you so much for the great review. We are glad you had an incredible time, and we hope to see you again soon! Thanks for choosing Foss Park Golf Course.

We are so pleased that you enjoyed your time at Foss Park Golf Course. We look forward to seeing you on the course soon for another great experience!

Hi, we appreciate you taking the time to review the course and rate us. Thank you for the 4 stars! We aim for a 5-star experience, so we always welcome feedback for improvement. Thank you for playing Foss Park Golf Course.

Although leaves on the golf course bothered our play, course was relatively well kept.

Hi, thank you so much for the great review. We are glad you had an incredible time, and we hope to see you again soon! Thanks for choosing Foss Park Golf Course.

Hello. Thanks so much for your review. We're so glad you enjoyed your round at Foss Park Golf Course. That's what we like to hear! We hope to see you again soon!

It was me and a friend playing and I know it was a Saturday but you really need to space the tee times! It was like an airport runway on the first tee at least 4 groups waiting to tee off and one on the fairway and one on the green and the worst part is all the Asians you people are horrible at keeping pace and picking up when you should!

Hello! Thank you so much for leaving us with your feedback. We value our customer experience, so your review is important to us. We will make note and we hope to see you back at Foss Park Golf Course! 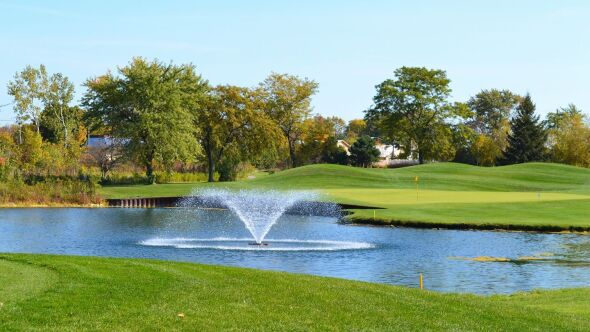 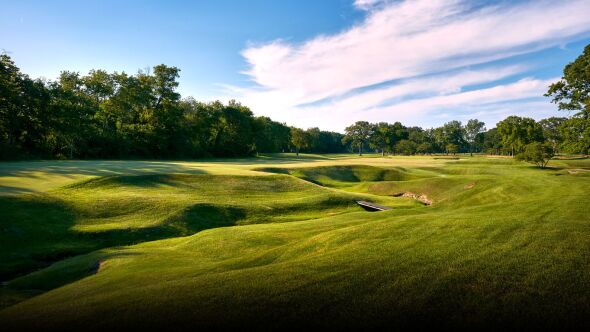 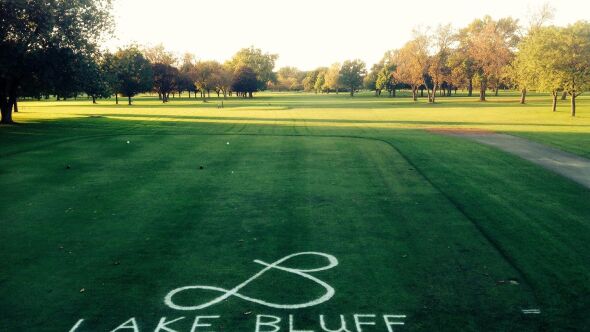 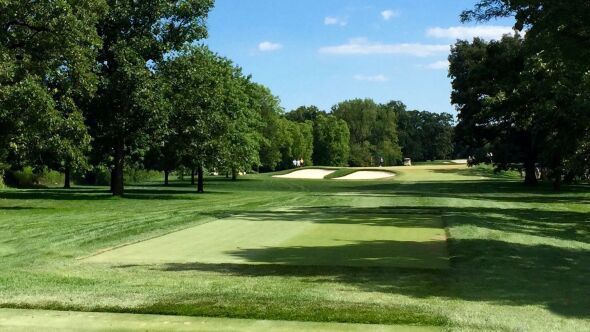 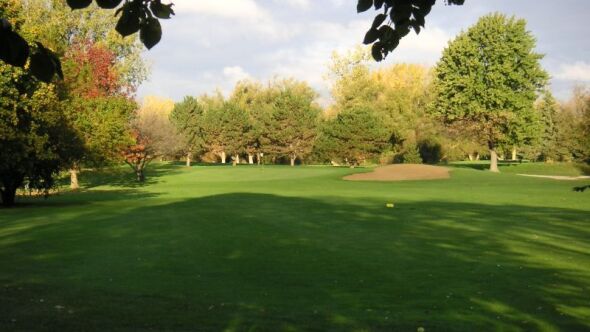 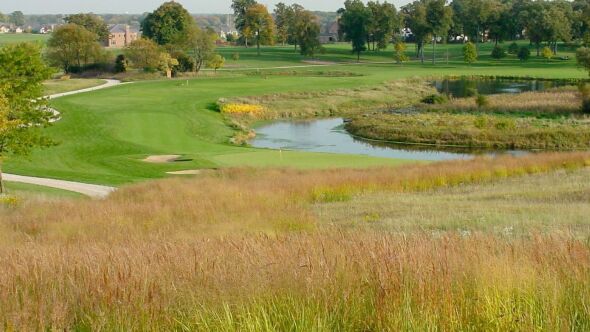 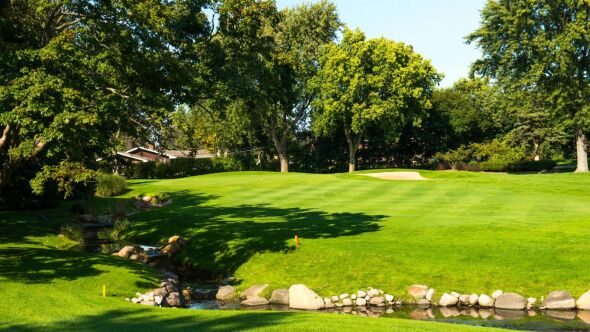 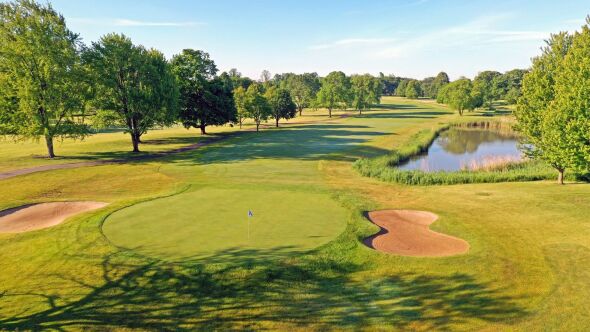 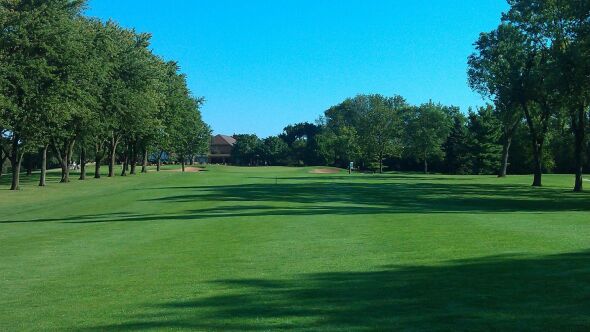 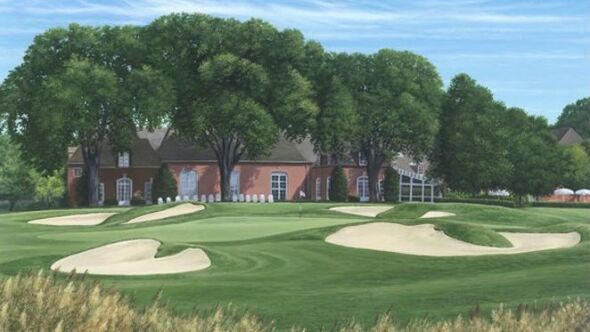 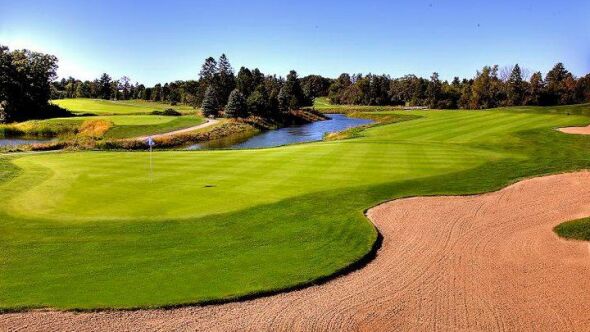 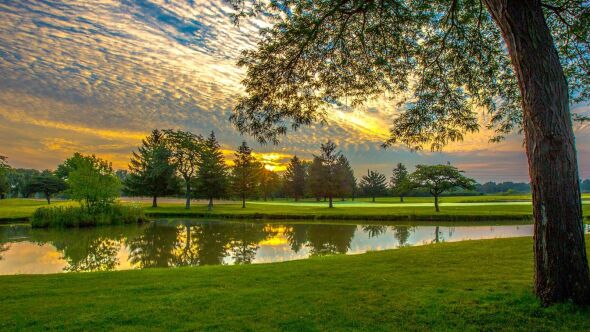 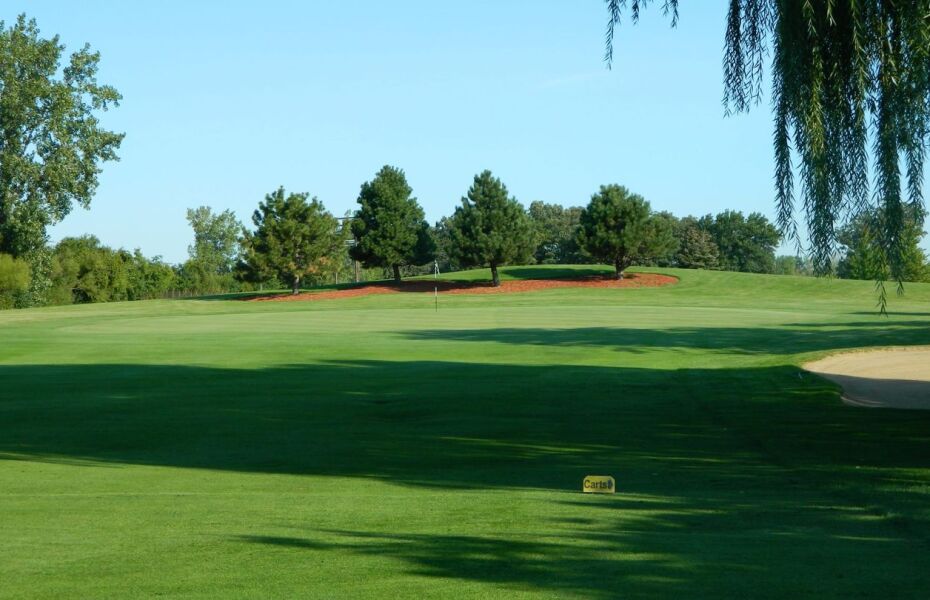 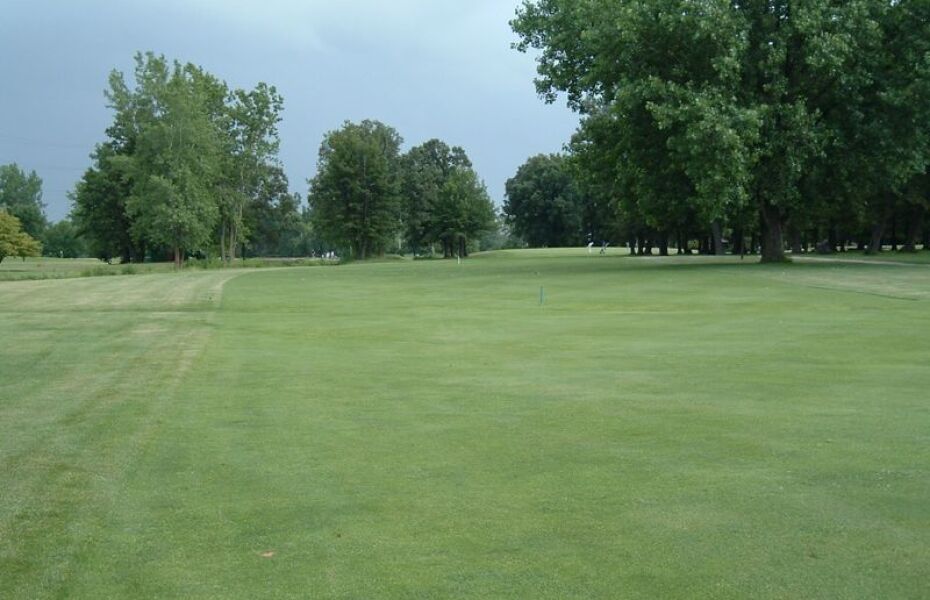 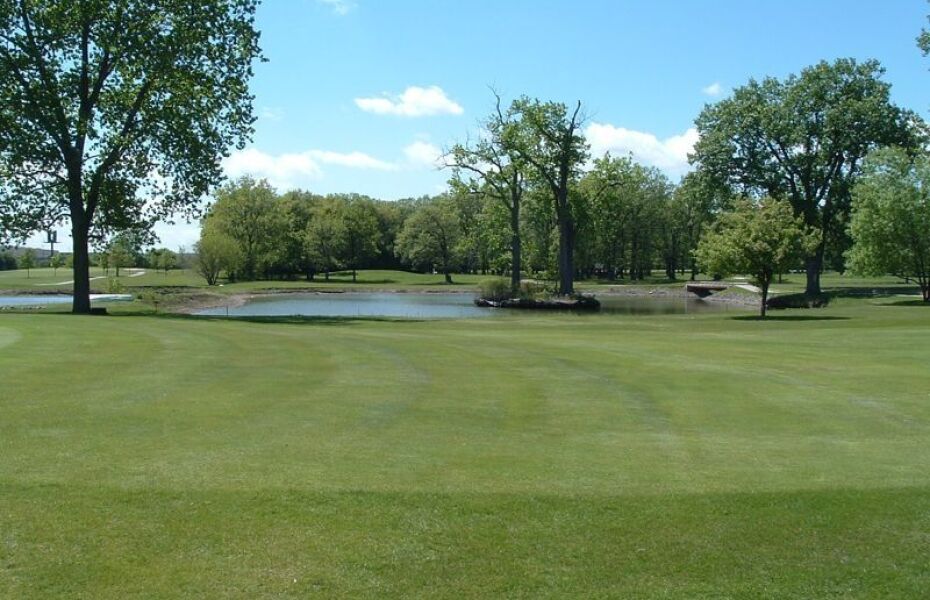 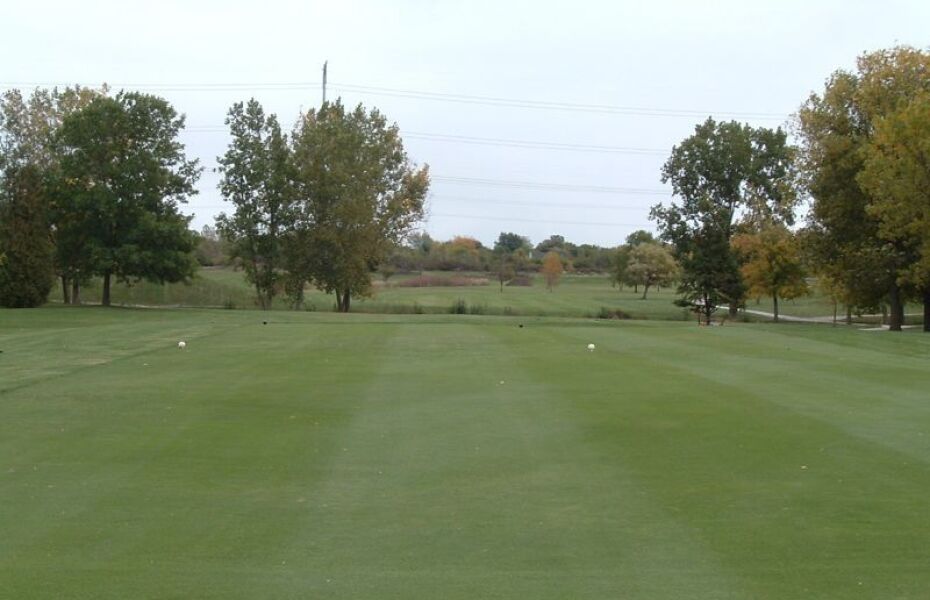 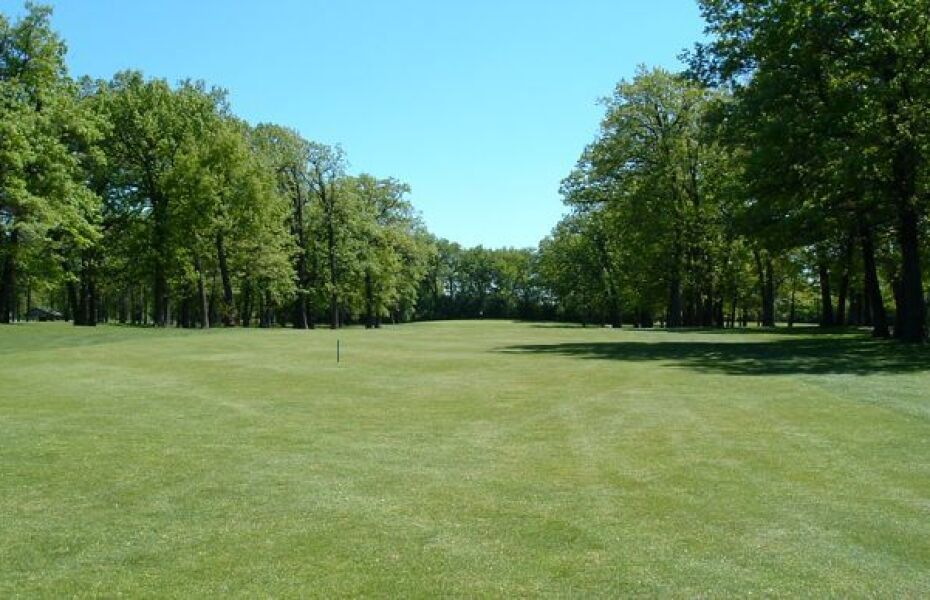 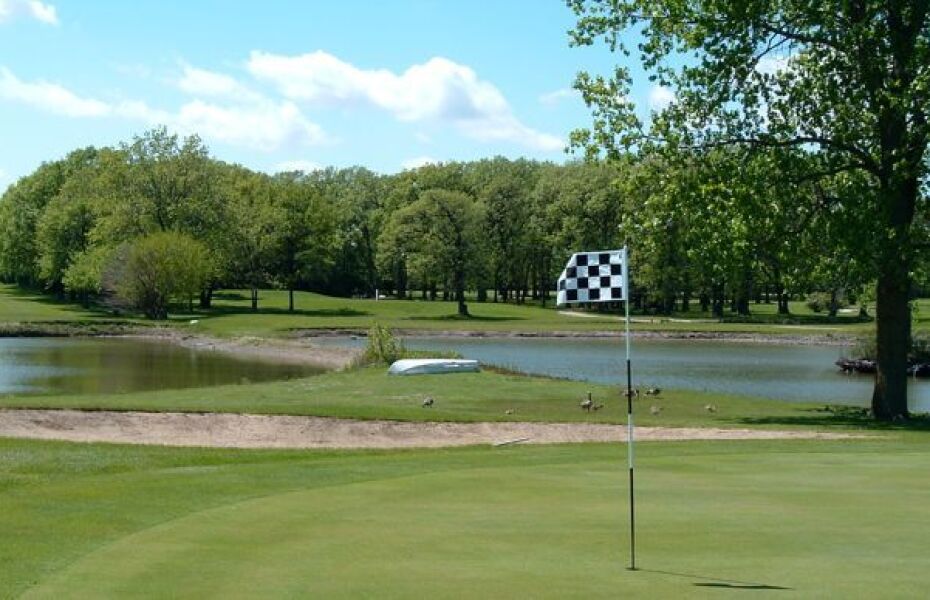