More than 30 lucky golfers joined Matt Ginella, the host of Golf Advisor Round Trip, in Scottsdale in January for the perfect winter golf getaway.
The Golf Advisor Getaway: Scottsdale attracted golfers from as far away as New York and Canada. The weather cooperated with sun and warm temperatures, while much of the Midwest and East Coast battled snowy and cold conditions. Scottsdale - named America's No. 1 golf destination in winter by Golf Advisor - offers an endless supply of great courses and nice restaurants/bars, so there was much to see and sample.

The event kicked off in style with a round on the Stadium course at TPC Scottsdale, the host of the Waste Management Phoenix Open. It's such a great experience playing such a fun and engaging Tom Weiskop course with the "stadium" fully constructed. The anticipation builds through the round as players reach the 15th hole, a risk-reward par 5 over water. Entering the tunnel of the "stadium" for the par-3 16th hole, players were greeted with a surprise: A full bar of complementary drinks courtesy of Golf Advisor waiting on the tee. Looking at all the empty seats in the grandstands gives off a surreal feeling knowing in a couple of weeks this spot will be the rowdiest spots in the golf world. Players who missed the green can almost hear the boos reigning down on them. Playing the drivable 17th and demanding par-4 18th surrounded by more stadium seating completed the bucket-list experience.

Afterwards, everybody gathered back at the Hilton Scottsdale Resort, the trip's home base, for a meet-and-greet happy hour of complimentary drinks and appetizers. The itinerary allowed guests the following day off to explore the area as they wished. Some went shopping or relaxed, but most ended up on the golf course. A large contingent played the We-Ko-Pa Golf Club, where the Saguaro and Cholla courses rank among the best in the desert. Ginella played one of his favorites, Saguaro, which was designed by friend Bill Coore and Ben Crenshaw. After lunch at the clubhouse, Ginella and Golf Advisor senior staff writer Jason Scott Deegan rushed across town to host a 'Skins Game Shootout' on The Short Course at Mountain Shadows. It was the perfect way to play golf without the stress of looking for balls or taking five hours to play. A six-some finished all 18 holes in less than three hours, hitting the final tee shot in the dark.

Day three on Tom Fazio's Raptor course at the Grayhawk Golf Club wrapped up the competitive part of the weekend. The Raptor, a former host of several pro tournaments, including the PGA Tour's Frys.com Open from 2007-09, is known as one of the toughest courses in the Sonoran desert. Its push-up greens, well protected by bunkers and fall-off surrounds, can be difficult to hit. Grayhawk's facilities are perfect for group outings. Music pumped outside the clubhouse and on the range livens up the vibe. The proshop in the clubhouse sells fashionable souvenirs.

That night, an awards ceremony at Topgolf Scottsdale kept the golf party going well after dark. Guests were treated to heavy appetizers and an open bar in a private banquet room that connects to multiple hitting bays outside. To many participants, it was the first time they had ever seen and experienced Topgolf's skill games and ball-tracking technology. Some lucky (and talented) players won skins money and two two-person teams took home trophies for their performances in their respective divisions.

The famed Monument Course at Troon North delivered the last hurrah with a round the following morning. An early chill gave way to more comfortable temperatures by mid-morning. The Monument course is named for the "Monument", a giant boulder blocking the middle of the fairway of the par-5 third hole. Massive boulders and desert frame its pristine fairways the rest of the way. The back nine climaxes with some really great moments, the potentially drivable 15th hole and the drop-shot 16th hole, a gorgeous par 3 called "Lone Mountain".

Saying goodbye after a golf trip is never easy, but especially when you're trading the sun of Scottsdale for colder weather back home. 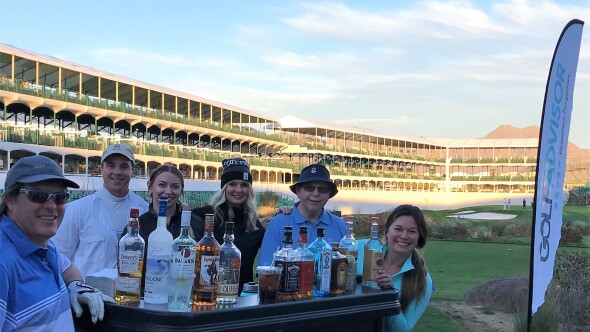 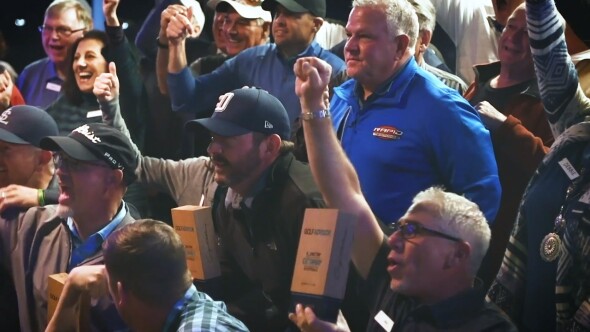 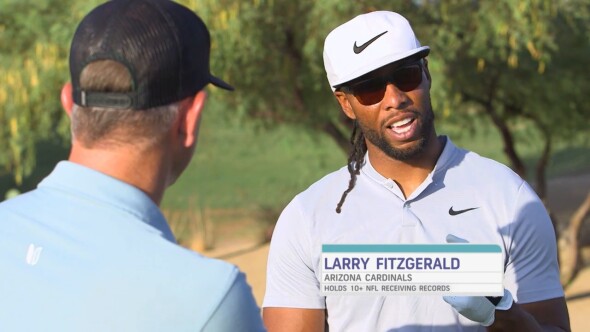 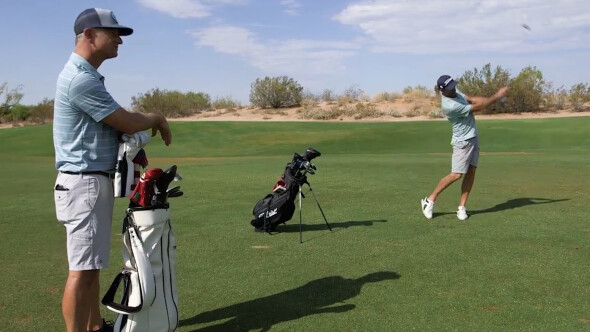 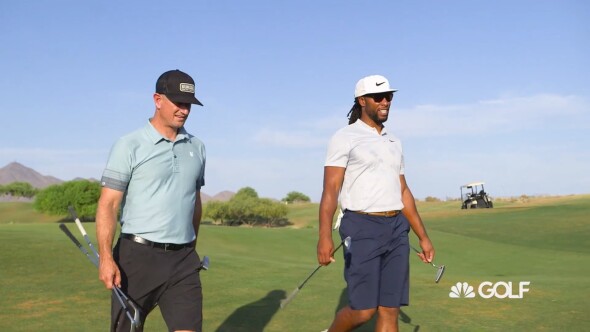 Video
22:36
Golf Advisor Round Trip: Scottsdale
Matt Ginella visits Scottsdale and tees it up with NFL legend Larry Fitzgerald and US Open champ Geoff Ogilvy. He also goes way off course into the desert. (Originally aired 2018)
Now Reading
New Cookie Policy
WE AND OUR PARTNERS USE COOKIES ON THIS SITE TO IMPROVE OUR SERVICE, PERFORM ANALYTICS, PERSONALIZE ADVERTISING, MEASURE ADVERTISING PERFORMANCE, AND REMEMBER WEBSITE PREFERENCES. BY USING THE SITE, YOU CONSENT TO THESE COOKIES. FOR MORE INFORMATION ON COOKIES INCLUDING HOW TO MANAGE YOUR CONSENT VISIT OUR COOKIE POLICY.
CONTINUE
Search Near Me