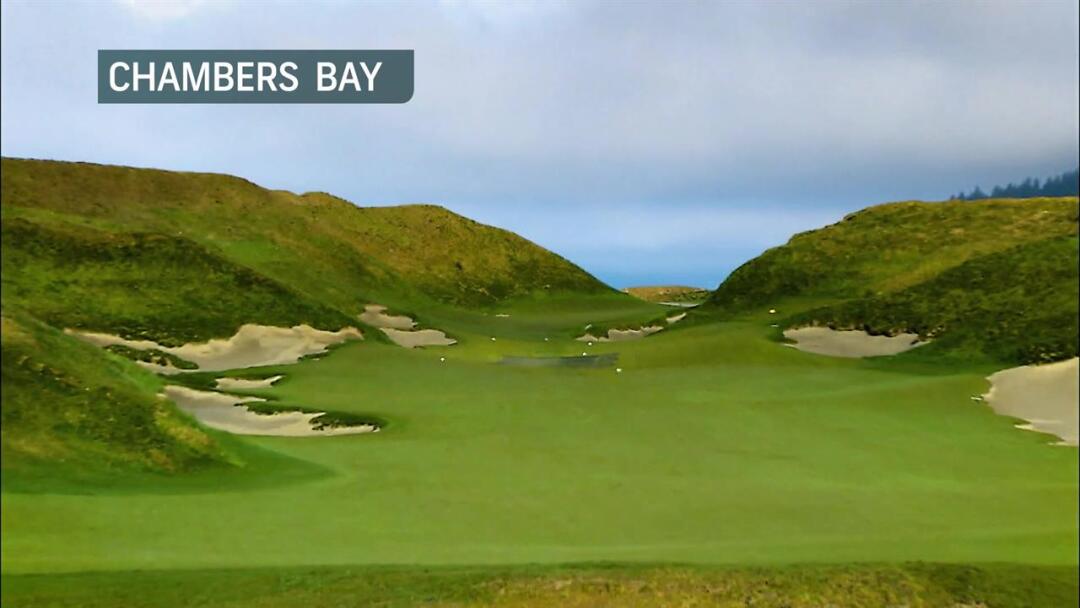 Ultimate Itinerary: The public courses of the U.S. Open

Six publicly accessible golf courses coast-to-coast have hosted the U.S. Open since 1999. Sr. Managing Editor Brandon Tucker has your guide to where you can give your game a major challenge.
Ultimate ItineraryTravel Tips

Hi, I'm Brandon Tucker, the Senior Managing Editor of GolfPass, and this is my Ultimate Itinerary for the public golf courses of the US Open.

Starting in 1999, the US open kicked off a run of the event staged at accessible venues, Pinehurst number two hosted the event, followed by four additional public venues added to the rotation between then and 2017, these venues span coast to coast and range from municipal courses to five star golf resorts. Unless you're trying to knock off your bucket list in a rapid time, you'll need to spread this out over multiple trips, but it's never too early to plan. Here's our guide.

Round one: Pinehurst No. 2. Start at the cradle of the American golf. There isn't a more historic American golf destination and Pinehurst in 2014, number two made history when it revealed a sandier, natural look and hosted back-to-back men's and women's US opens a week apart.

No. 2 is number one, when it comes to interesting greens designed by Donald Ross in a timeless setting. With the aid of the country's best caddie corps, and next to the clubhouse, The Cradle short course just opened with its very own pine cone mobile bar set up. As far as 19 holes are concerned, a stroll around the village of Pinehurst is the ultimate. You can pop into the Pine Crest Inn, Dugan's pub, or check out various memorabilia shops. Pinehurst also just opened its very own brewery. The village of Pinehurst is the closest America comes to the vibe of St. Andrews, it's a thrill to play here and soak in the history, and the locals' love of the game.

Now that you've got your major game in shape, head up the east coast to Long Island were the most infamously difficult of these six venues awaits. Long Island's Bethpage Black hosted the 2002 and 2009 opens and brought New York's Muni golf flavor to a global audience. The headliner of five courses in Bethpage State Park, the black is big, brawny, and tough, with thick rough and small elevated greens that are guarded with deep, big bunkers. Hardly anyone ever shoots their handicap here, and yet everyone I've ever met who's played it adores every shot.

Do note that Bethpage added an online tee time reservation system in 2018. So sleeping in your car for a tee time isn't necessary anymore, but you can still do it if you want one of the morning's first times. You will burn some calories and be licking your wounds after around on the black, but you're just minutes away from Broadway Street in Bethpage. And you can fuel up and lick your wounds at BK Sweeny's, a pub with loads of TVs and beers on tap along with hearty pub fare in an atmosphere accepting of your worn out golf regalia.

Let's head to the Midwest, where Wisconsin has become a key player when it comes to major golf. Erin Hills opened in 2006, and was soon awarded the 2017 US Open. It has wider fairways then your more traditional US Open, so you can swing driver freely on those holes, but the expansive layout comes with blind spots, severe bunkers and sloping lines. Make sure your shoes are broken in. Erin Hills is walking only and an 8-mile trek, but this standalone property has amenities that will let you pick up your feet and relax on site, including lodging, a putting course and the chance for a great hang in the Caddy Barn.

It's tough to beat summer time golf in the Pacific Northwest, which glistened in prime time during the 2015 US Open at Chambers Bay. This course plays the lengthiest of the US Open venues. Built on a former quarry, Chambers is huge and wide, it's also incredibly scenic overlooking the Puget Sound, and while it's challenging with large greens, bunkers, elevation changes and run offs, it does yield birdies to clever play. Since the 2015 open, Chambers Bay's greens have transitioned fully to poa annua, and early reports are very positive. Chambers Bay is a solid hours drive from Seattle, but you don't have to stay all the way up there. Tacoma is smaller and has a cool and easy to navigate downtown on the waterfront. Hotel Murano is a stylish and modern luxury hotel in the heart of it all, and you're steps to the many restaurants on Pacific Avenue.

Torrey Pines was added to the US Open rotation in 2008. Remember that event? It was Tigers dramatic triumph on a broken leg over Rocco Mediate in an 18-hole Monday playoff. Torrey returns to the US Open Stage in 2021, and it's been updated once again by Reese Jones, so expect a few new wrinkles since that last time you saw it. This municipal course from the 1960s on the cliffs of La Jolla is a stunning landscape, but comes with narrow fairways, length, and lots of bunkers. The back nine par fives are highlights and may be your best birdie chances. While technically a municipal facility, two hotels overlook Torrey Pines and the lodge at Torrey Pines is the de facto 19th hole. Patio drinks as paragliders soar over the ocean is easy living after a tough round.

Let's finish it off on the Monterey Peninsula at Pebble Beach, the longest running public host of the US Open. Pebble hosted its sixth open in 2019, and there have been some legendary moments in its championship history. An exposed coastal site and small greens have kept it a relevant test for the game's best players, but expect resort-friendly rough on your visit. The cliffside sixth, seventh and eighth holes will be home to the most memorable and dramatic shots you'll ever hit anywhere, and the 18th hole along Stillwater Cove may be the world's perfect par five finish. Carts are allowed on Pebble Beach on path only. Don't do that, walk it, savor it, and consider splurging for a caddy. Pebble does have limited availability to play the course without a resort stay, but you'll want to get the whole Pebble Beach experience over a couple of nights at the lodge. In the tap room, the prime rib chili hits the spot after an afternoon on the breezy coast.

None of these public golf experiences come cheap unless you book off-season dates or qualify for resident rates at the three munis. But compared to an invitation or membership dues at other private US open and major championship courses, you could argue getting to play on these legendary stages is pretty good value after all. All six of these courses allow walking, but Chambers Bay, Erin hills and Bethpage Black do not allow carts. Caddies are available at each course. Residents of Washington and New York State can save big at Chambers Bay and Bethpage Black respectively, while San Diego City residents enjoy tee times under $100 at Torrey Pines South. A $45 booking fee per player at Torrey Pines is waived if you book within seven days.

Good luck conquering these storied US Open venues you can play. If you're ready to book a golf trip, we've got Pebble Beach and Chambers Bay travel packages and over 100 more to destinations around the world at GolfPass.com/travel-advisor/golf-packages

Ultimate Itinerary: The public courses of the U.S. Open
6:57
Search Near Me