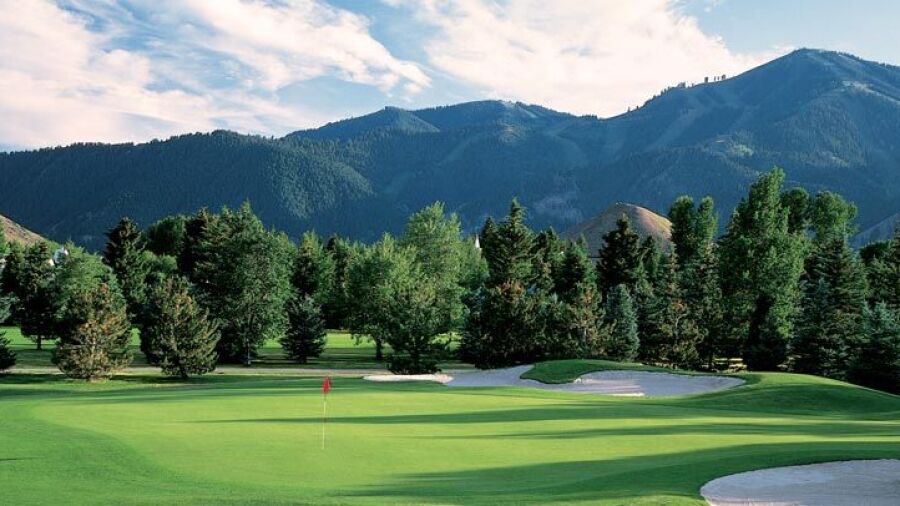 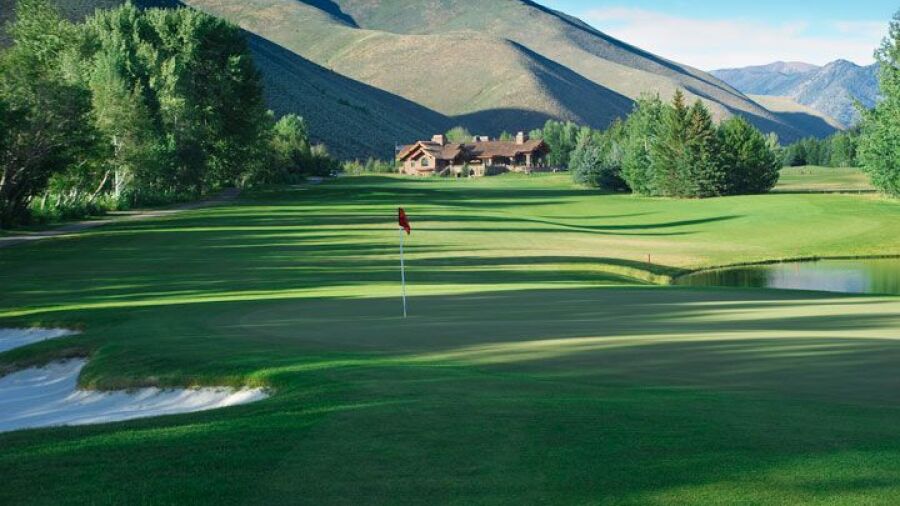 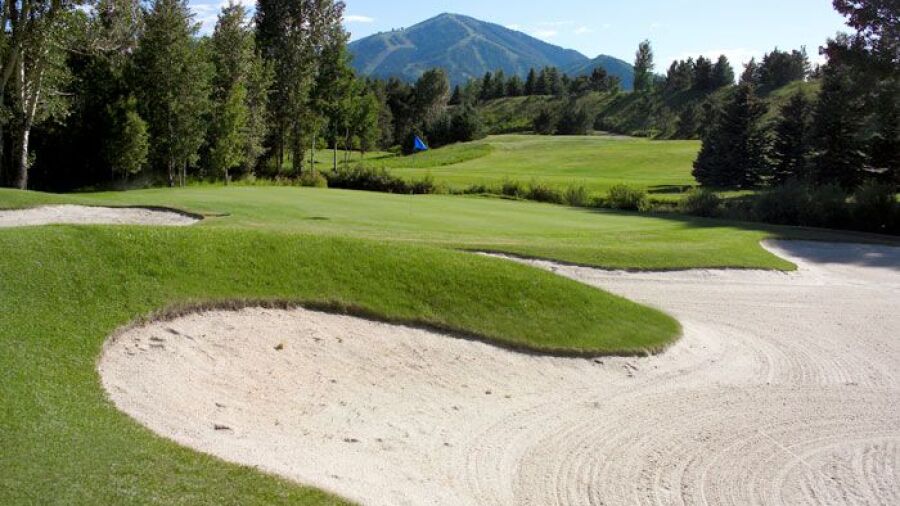 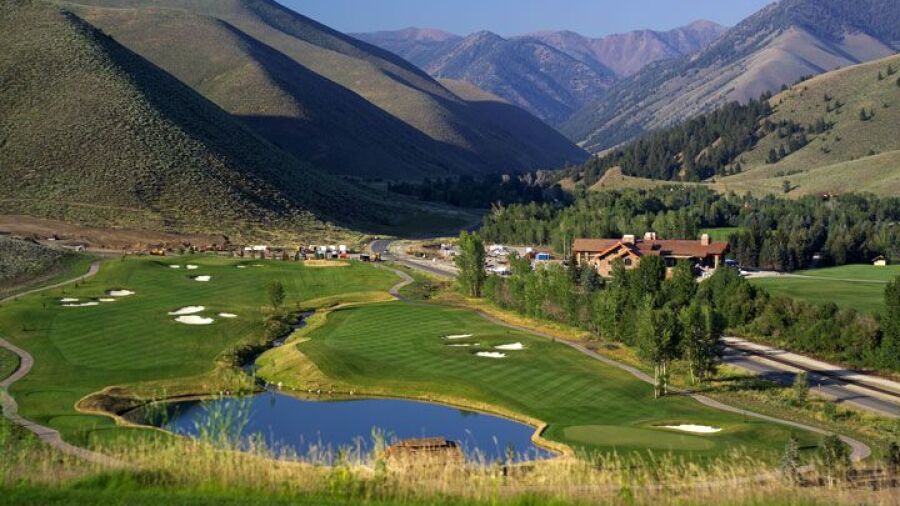 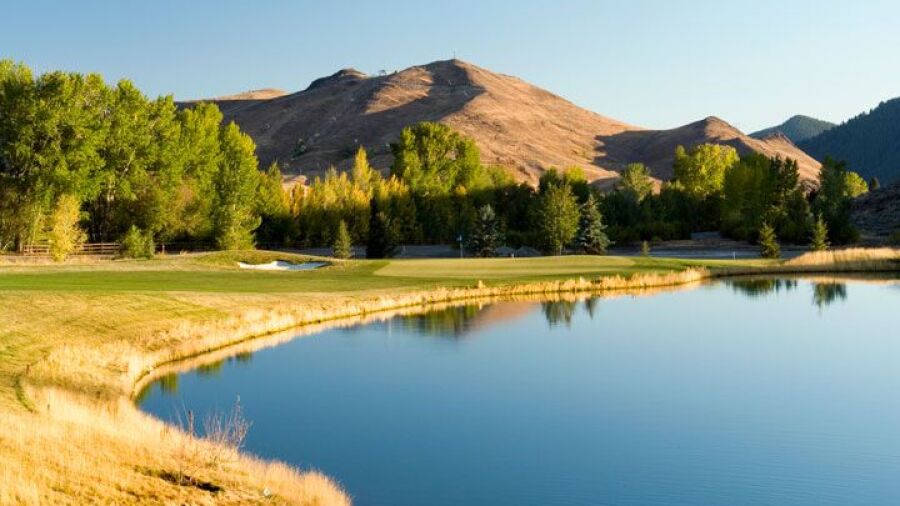 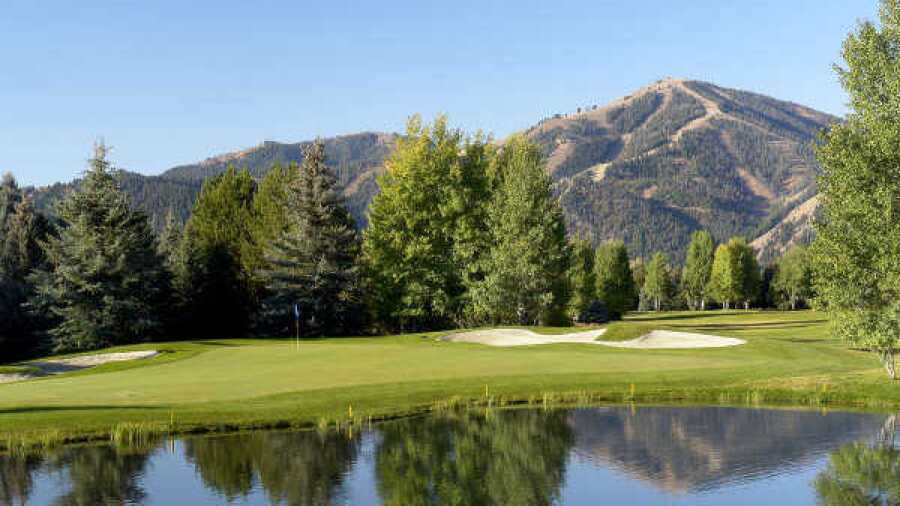 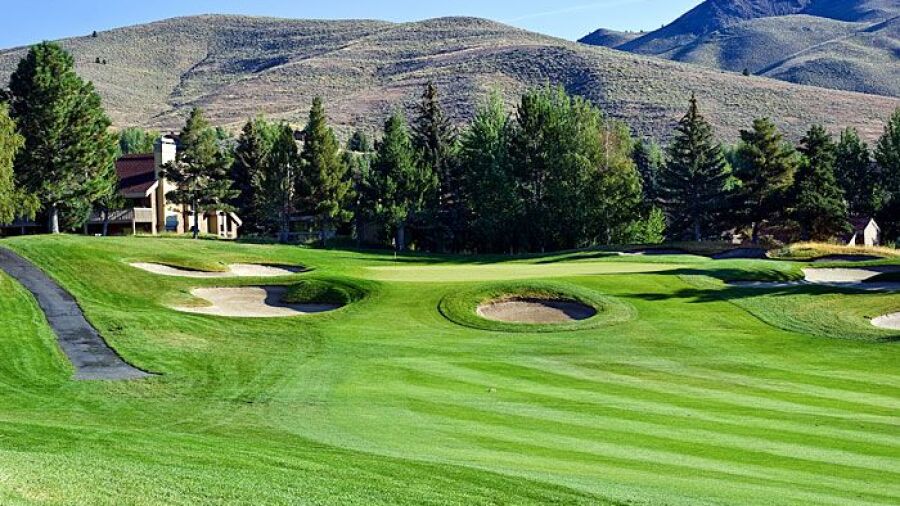 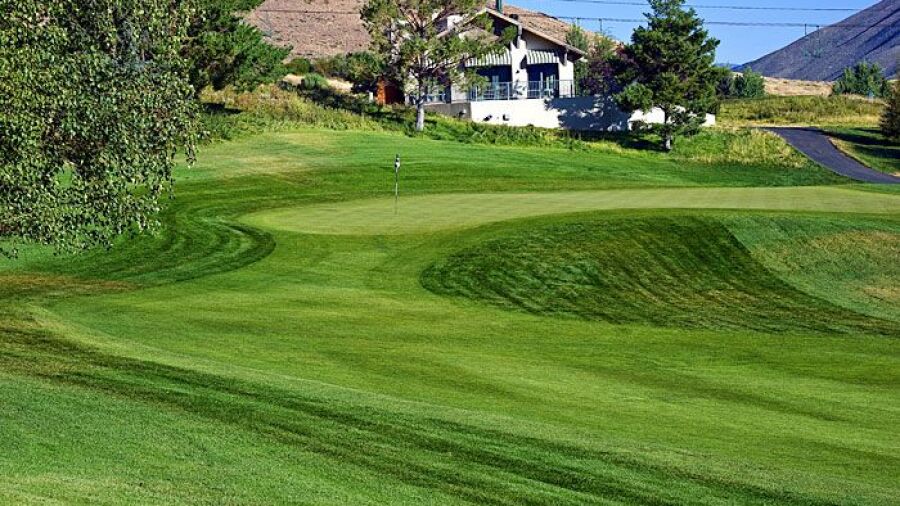 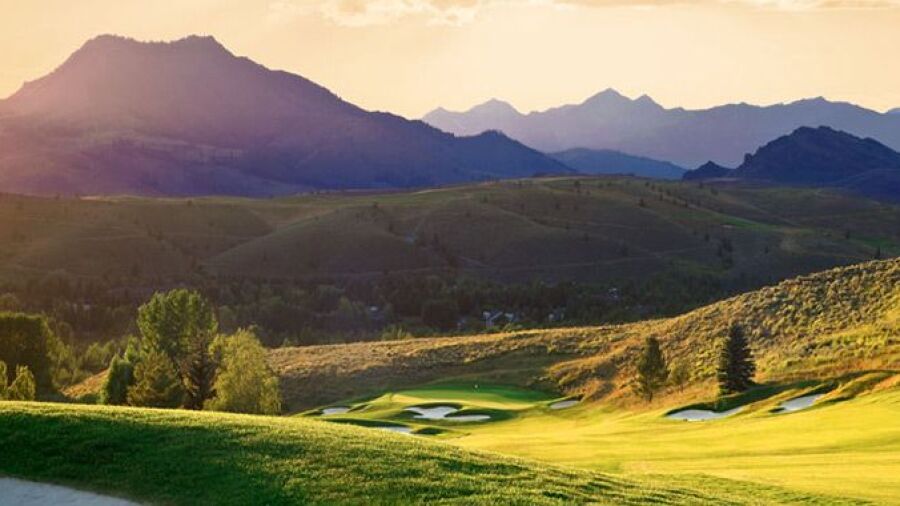 A view of a green from Elkhorn Golf Club at Sun Valley. Sun Valley

We played while on vacation in Ketchum. Sun Valley Trail Creek is a tree-lined layout with some water and a nice amount of elevation change. Most of the holes are pretty straightforward though a couple have some surprises. The trees pinch a few of the fairways putting a premium on hitting the driver straight. Fairways, greens and bunkers were all in good shape for our round.

The course is at around 6000' elevation. This is an ego boost when you see how far the ball carries, but can also make club selection a challenge.

They have a putting course that was fun for the family members that didn't play Trail Creek.

The overall condition of the course was good. Staff was friendly and attentive. Grill room was nice. Greens fee was consistent other nice resort courses. Worth a round if you are in town.

Insanely beautiful course and I lucked out with a perfect low-wind day. Paired up with a couple locals who were great to play with. Wish this course had 18 holes.

@rjb7911 yeah it was meant for White Clouds. I played all three courses and wrote the reviews at the same time but because GolfAdvisor is about as user friendly as writing a note on a piece of bark I wasn't able to edit my review after I noticed my mistake.

Seems like you played the 9 hole White Clouds course. Both are excellent.

Only members are allowed to play in the mornings but it's open to the public in the afternoons. Picturesque course and a lot of fun to play. I usually lose a few balls each round but here I lost many more than usual so if you're a bad golfer like me bring some extras.

Was paired up with local "Bob", a senior bogey golfer who lives that retirement life people dream of. Very nice guy and made the round even better. Between the three Sun Valley Courses, Trail Creek seems to be the favorite of most but it was my least favorite of the three. Still way nicer and prettier than your average course.

I recommend that you play this 9 hole course twice for 2 reasons - you will not be as distracted by the scenery the second time around and you will (maybe) know how to play the tricky back to back par 5s. The higher you get, the more spectacular the course and you will find at least a couple of highly challenging holes up there. You will also have a lot of fun!

This course can be a beast if you bite off more than you can chew, turning a number of par 4s into 3 shot holes. Otherwise, a great course that is challenging and beautiful.. All tree lined fairways, excellent conditioning and some spectacular holes, especially the par 3s. Not to be missed if anywhere near Sun Valley.

Playing the first hole at the Sun Valley Resort's Trail Creek course I was skeptical about the $120 I had just shelled out for my round. Flat, straight and not very well protected (and only 520 yards for a par 5), I was really concerned this track was going to be a blow-through. Those thoughts lasted exactly 1 hole.

It turns out the first hole is a nice warm up for what proves to be a fairly demanding course. It won't eat you alive as long as you stay relatively straight and it's easier to find balls that drift into the trees than I would have imagined (I'm speaking from experience here); but the challenge is legit.

The fairways are relatively narrow, made even more so because so many of the landing areas are in curves in the course making precision even more of a premium. Most of the greens have either bunker or water protection from the angle you are most likely to approach from. The exceptions that I recall being 1 and 3; the former being the warm-up hole I described before and the latter being a hard dogleg that requires a 200+ approach over trees from almost anywhere on the fairway (a perfect shot will give you around 200 without trees, but there is significant risk in that shot).

I played from the blues and I found the 71.0/134 rating/slope to be about right. I struggled a bit more than I'd like to but I'm playing more to slope than rating right now, so that makes sense. From what I saw, if I had been striking the ball a bit better, the course can be attacked.

My favorite hole was either the afore mentioned third, or the par 3 17th (225 yards of elevated tee goodness... and scenic beauty). seventeen plays to about 2 clubs (maybe a club and a half) downhill and I wound up leaving a well struck 7 iron just short of the green.

The greens at Trail Creek are, I think, the toughest I have played in Idaho. I didn't have a lot of trouble inside 6 feet, but everything further out was a challenge (part of this may have simply been my poor approach game... I left myself with a lot of putts that required covering the entire green).

They had snow the day before I was there so the bunkers were a little thick, but you can tell they are regularly well maintained and still played pretty fairly even with some snow still in the shadows of some of them. The rest of the course was in nearly pristine condition and was an absolute pleasure to play.

Thee closest thing to a complaint I have is that my wife and I drove up from Boise for our anniversary and had booked a tee time for just us to celebrate it together. Because of the uptick in weather (from snow Monday to 60 degrees and sunshine Tuesday) they wound up having a lot of people trying to get on and they paired us up with another twosome. The guys we played with were great and it worked out okay; however, driving three hours to find out that our solo tee time was now double booked was a little disappointing given that they knew about it being a special round for us.

That aside, though, the clubhouse and course staff were all welcoming, pleasant and helpful. Our overall experience was great and completely validated spending the money I had, ever so briefly, worried I might have wasted.

As an aside, we had a very nice meal in the restaurant before we played, if you have time I recommend it. Both the food and the prices were quite good.

The key to this course is to play a tee that matches your ability. Its not smart to try to overpower this course with lenth. It's all about target golf and distance control.