The Powder Horn is a private club managed by Troon Prive Golf that offers stay and play packages in vacation homes on property. The luxurious 27-hole club is a welcoming place where members and guests can combine recreational activities such as golf, hiking, cycling and fishing with the chance to soak up the fresh mountain air. The 900-acre community is loaded with amenities – swimming pools, tennis courts, walking trails, fishing ponds and a large clubhouse home to a golf simulator for year-round play. The Mountain Nine features a replica of the Swilcan Bridge from St. Andrews, while the Stag Nine offers more target golf surrounding an the “Old Red Barn”. The Eagle nine roams through a meadow and along a creek.

Is the resort pet friendly?No
Is resort stay required for a tee time?Yes 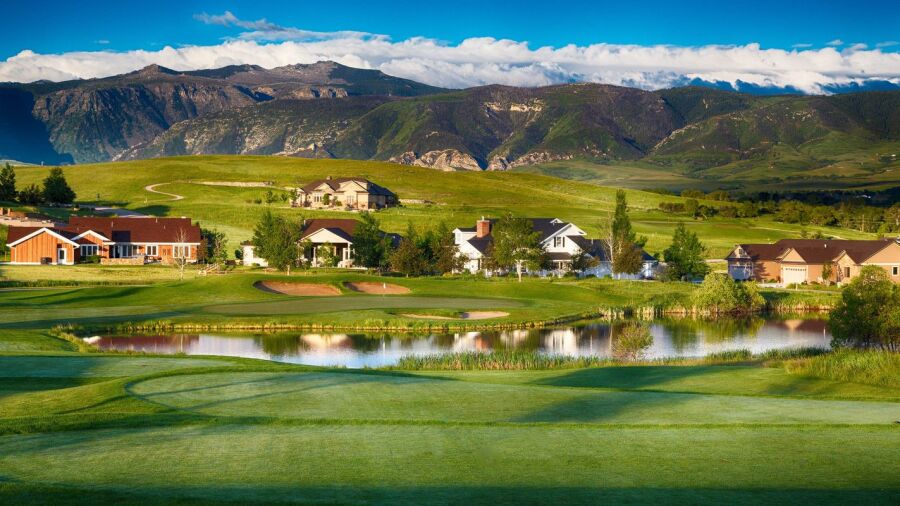 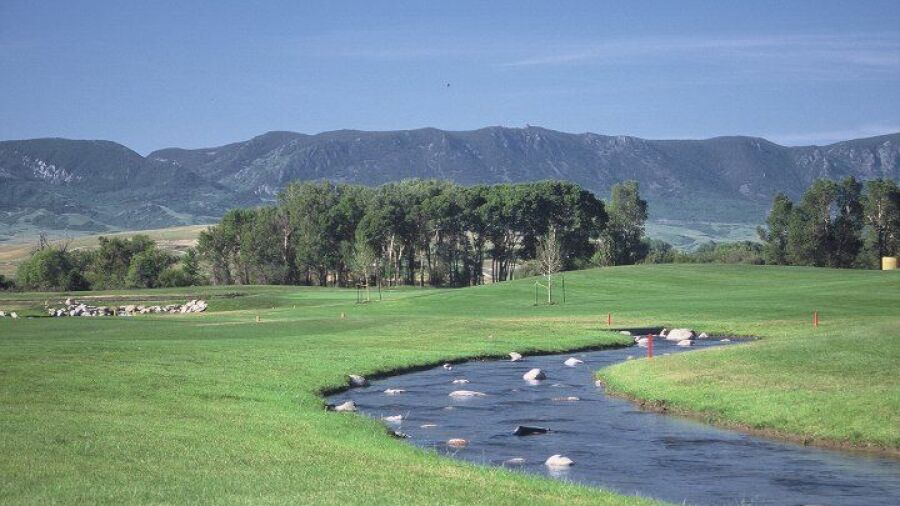 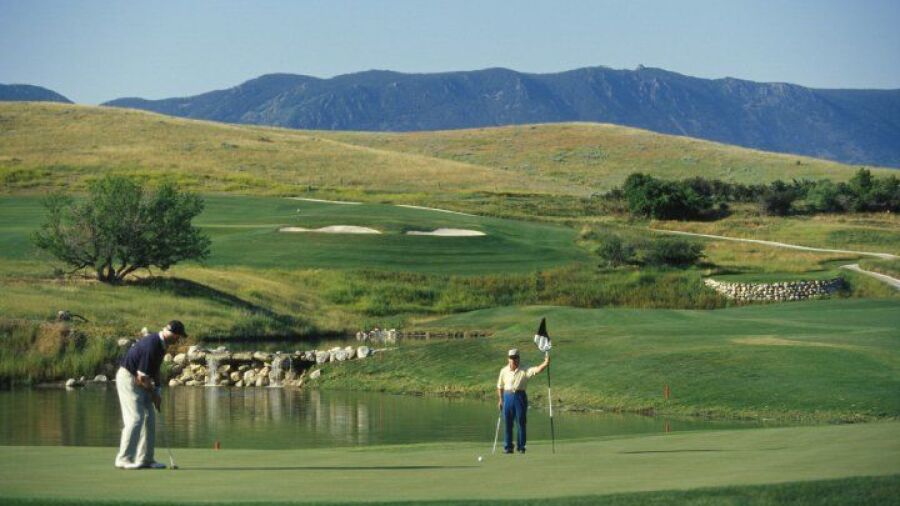 Wow. This golf course is simply gorgeous and challenging. Fully private, but if I lived anywhere near Sheridan I would join in a minute.

Immaculate conditions, perfect greens, views for days. It was almost shocking to see such a championship course in fairly remote Wyoming.

Highly recommend if you get a chance to play this beauty, DO IT.

Played the Eagle and Stag

The Powder Horn consists of three 9 hole tracks (Eagle, Stag, and Mountain); I played the Stag and Eagle holes during my round. The Stag was my favorite of the two 9’s (and I thought the slightly tougher, even though the Eagle holes play about 200 yards longer) but both were great. Much of the course features water, however, unlike many places with a good deal of water, the creek here was really running strong during my round and provided a “background track” of sorts, especially on the first few holes of the Stag 9. I really enjoyed this and it added significantly to my experience (not spending any time in that water also did, of course).

From the blues, where I played, the course stretched to just over 6700 yards and at 71.8/132 provided plenty of challenge for me. The course takes advantage of the plentiful water, angles, narrow landing areas, and well placed bunkers to protect itself and force you to use a full regiment of clubs; there are very few “driver/wedge” holes to be had here. I also liked the variety in both the 5’s (ranging from a reachable – for a slightly bigger hitter than me – 485 to a hearty “all you can eat” 603) and the 3’s (140/205). Again, The Powder Horn means to test your full game.

I want to say the greens are pretty straight forward and trend toward easy to play; however, my unusually high number of putts on the round (despite having a chip in from off the green) suggest they may be a little tougher than I give them credit for initially. In either case they were well maintained and rolled true, arguably a bigger factor in scoring well then how much break might they contain.

On the topic of maintenance, the course was in great shape. There is quite a variety of surroundings for the fairways (some very wooded, others more linksish in their Spartan foliage). However, all of them were well tended and there were no playing surfaces that were (improperly) difficult to play from in my experience. There is a bit of construction taking place on the Eagle 9 (around the par 3 third), but it really didn’t effect play in any negative way.

It’s a little difficult to pick a favorite hole, although I really liked the opening hole on Stag, partially because of the river “background music” but also for the golf itself. It’s a shorter par 4 (just 310 from the blues) and I felt comfortable trying to bring a draw in toward the green with my 6 iron off the tee instead of playing it straight and having two areas of potential water in play. It worked well and I was left with just 70 yards to go (and a birdie to start my day). Further, the bunker that protects the right hand side of the green was no longer in play. I enjoyed having the option to try to make a shot on the first, rather than just playing another standard “grip it and rip it” starter hole.

Number 8 on the Eagle course was also enjoyable to me for completely different reasons. With water running down the entire right side of the fairway and ponds almost surrounding the green; even though this hole is fairly straight forward and a touch short (370), you feel challenged to be precise the entire way. I was a little conservative off the tee (7i 183 yards) with the intention of setting up a second shot with the same club on my approach (178). A strategy that worked well and led to an easy two putt par (6 inches from a bird) on the hole. I liked the idea of a constant threat that can be mitigated by a well thought out approach. Some holes are meant to be managed rather than attacked head on, and doing so can lead to a good score; this is such a hole.

The staff at The Powder Horn, from the clubhouse to the starter, was very friendly and helpful and seemed quite focused on making sure our experience was a great one (mission accomplished). We didn’t run into the grounds crew much along the way, but in our few encounters they were mindful of us and pleasant as well.

Pace of play seemed fine behind us also. We went off first, played in about 3:30, and never really lost the groups playing behind us. Overall my experience at The Powder Horn was very good and I’d recommend the course to anyone. I didn’t play the Mountain course (they had a tournament going off the morning or I might have tried to get that in as well), so I can’t speak to much to it; however, if it plays like the other two I’d suggest trying to get in all 27 when you do.

This is one of the best places I've ever played. They have 27 holes with each nine having its own personality and challenges. The deal after 3pm is great and the course is pretty open to round a few times.

Staff was awesome and friendly.

I couldn't have asked for a better few days of golf.