Omni Interlocken Hotel is located between Denver and Boulder, Colorado off Highway 36. This Omni property has 390 guest rooms and suites, the Makara Spa, two outdoor pools and 27 holes of championship golf. Its location near the Colorado Rocky Mountain front range makes it a good base for mountain and hiking adventures, as well as Red Rocks Amphitheatre, a legendary area concert venue. The golf course opened in 1999 and was designed by Gary Panks. It features three interchangeable 9-hole courses. The golf course has a full driving range and short game area with practice bunker and is open for daily-fee play, as well as stay-and-play packages through the hotel. There is a wealth of area shopping and dining at Flatiron Crossing, as well as nearby hotels. 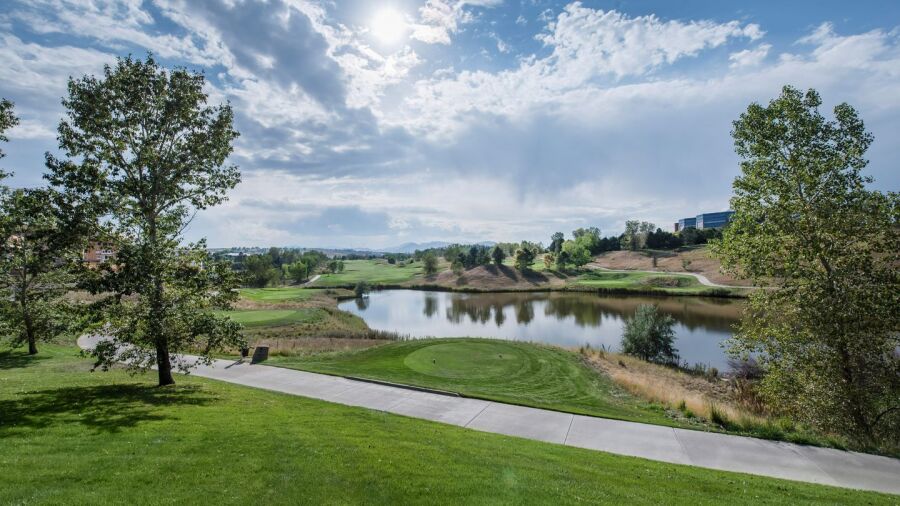 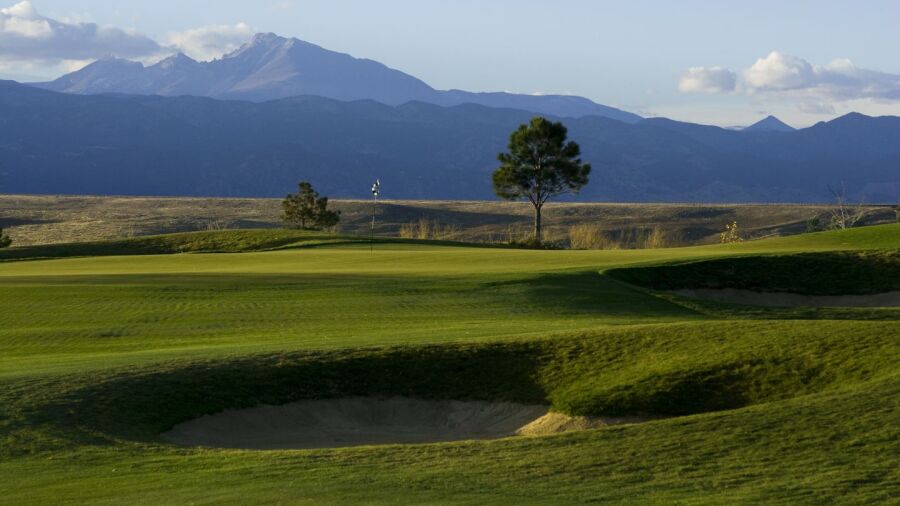 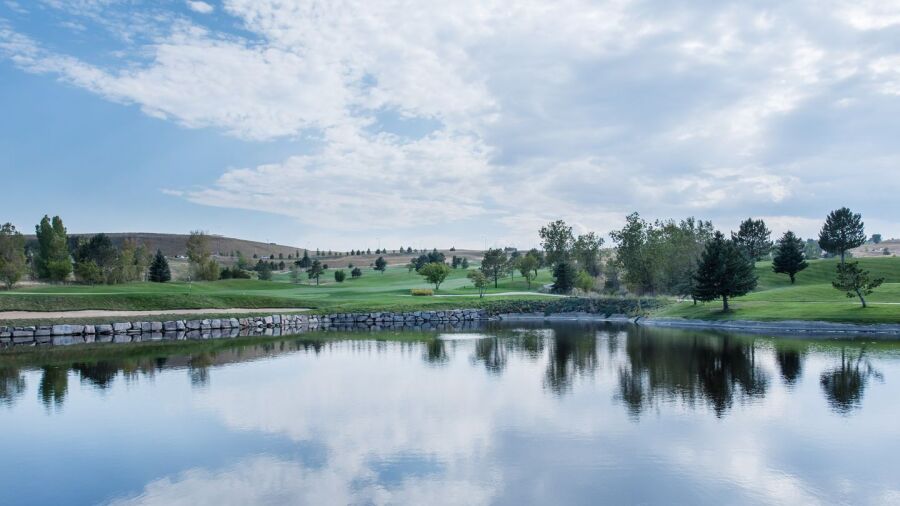 I have played over 500 courses in 20+ states, Interlocken had the toughest green complexes I have ever played. Putts broke opposite from what you saw, greens were rolling at 11+, and the contours were crazy. 3 times I was on the green in regulation, hit a putt, and had a 10-20 yard chip coming back up the hill. One guy in the group had a 4 footer, missed it low but not too hard, and had 40 yards coming back. Crazy stuff. Frustrating.

The rest of the course is very nice. It kind of sits down in a bowl so you don't get the views like on some other CO courses. Conditions were perfect, even after a brief frost delay that morning. Good sight lines off the tee, some very cool holes, and a very fair course until you got to the greens. Pace was a bit slow, but mostly due to the greens.

Staff was very attentive and organized. I lost my belt to TSA and they were able to hook me up with a NexBelt. Their tee time procedures are a bit difficult to figure out, but it seemed to work. We saw coyote, deer, and several raptors on the course which I always enjoy.

Most of the course and amenities I would give 5 stars, but they need to keep in mind this is a resort course and not kill us with pin placements. Very enjoyable nonetheless and I would recommend if you are in NW Denver.

This is a must play course. 27 holes all of the combos are fun.

Great course. Group behind us were hitting into us through our round. We were a foursome (including 2 members) that played in 4 hours and 15 minutes. I don't know if that is slow for this course, but I think that 4:20 on any course as a foursome is average. The twosome behind us threatened us several times and I considered contacting local police since there were no rangers. The twosome blamed us for the group of 2 behind them hitting into therm. I don't think that was our fault. I would have recomended that the 2 twosomes join up but that was not up to us. Maybe the course could have arranged that but they did not. At $105 a round, I don't appreciate being threatened during my play. I DO NOT RECOMEND THIS COURSE. I would avoid like the plague.

The course was absolutely amazing and the 2 we were paired with were awesome as well. I paid for 27 holes but we were only able to play 18 due to the timing of play. The people in front of us were relatively slow but the overall day was great. The greens were as tricky as I've ever played greens and you had to place the ball within 3' to even have a chance at birdie or par for that matter. Overall great day and I'm thinking of becoming a member if possible. The people we played with told me about member fees and they were not bad for the atmosphere.

The course is quite nice, and in very good condition. But the greens were lightning fast and putting was hard. Course is probably worth $60-$80, but not over $100 like they charge in the Summer.

Good round but get a deal

Last minute Tee time so we paid through the nose. Couldn't get on anywhere else so there's that...

3 1/2 hour round on a Saturday! Short but challenging - the greens are hard t read are fast and have some have severe false fronts - had a GIR turn into a double a couple of times.

A pleasure, even on a wet and windy day!

We played the Sunshine/Vista and even the though the weather had been bad you could see it was well looked after, green and drained well. The course is situated near a large business park but its nestled in a valley so you hardly see any of the man made stuff and hardly see anybody else playing any parallel holes.

Its a tough but fair course and I found its biggest challenges lie on the greens, which are very undulating and can can be tricky to read. Some bunkers lie pretty tight to the greens too, so getting up and down if you miss them can be tricky. So be careful not to get drawn into flag hunting on every hole.

Faced a bit of the normal Sunday drag on pace on the front 9. Back nine was great!
Course is in excellent condition, greens rolled true, held approach shots, and played with high speed.

Are you kidding me??? Paying $140 for a round of golf on a Sunday with no cart person is no acceptable and BS! . Also, lightning, could not finish the round.

Do you want to experience the beauty that is Colorado? Well, go somewhere else - you won’t find it here. Instead, you will be treated to outstanding views like shopping strip malls, 4 lane highways and the backs of buildings. Oh yes, lest we forget you also pass right by the Leasing Center in case you have temporarily lost all rational thought and decide you want to live here as well.

Airplanes - do you love airplanes? We’ll then have I got the place for you! You get to hear and watch folks practice touch an go landings in between the roars of the (decidedly not commercial) aircraft that fly just close enough to unleash torrents of wind that the course already has plenty of.

Finally, a word about the Marquis De Sade pin placements. The enjoyment of having a pin placed right at the edge of a two tiered green is priceless. As is the fact that a three foot putt on the top tier that goes three feet one half inch can result in a 25 footer uphill coming back.

I would rather drop an anvil on my foot then play this course again.

Somewhat overpriced compared to other nice public courses around (fossil trace, red hawk), butt the pace of play is usually good and staff are very friendly so it’s almost worth it :)