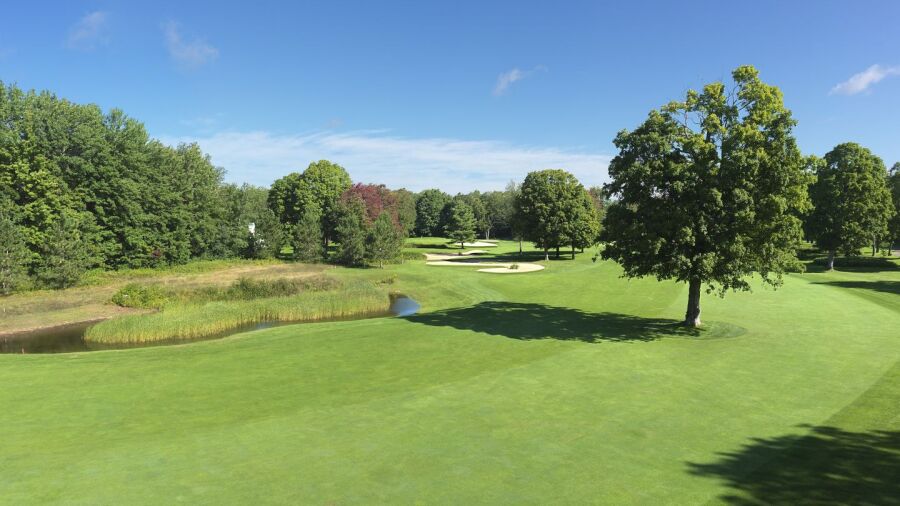 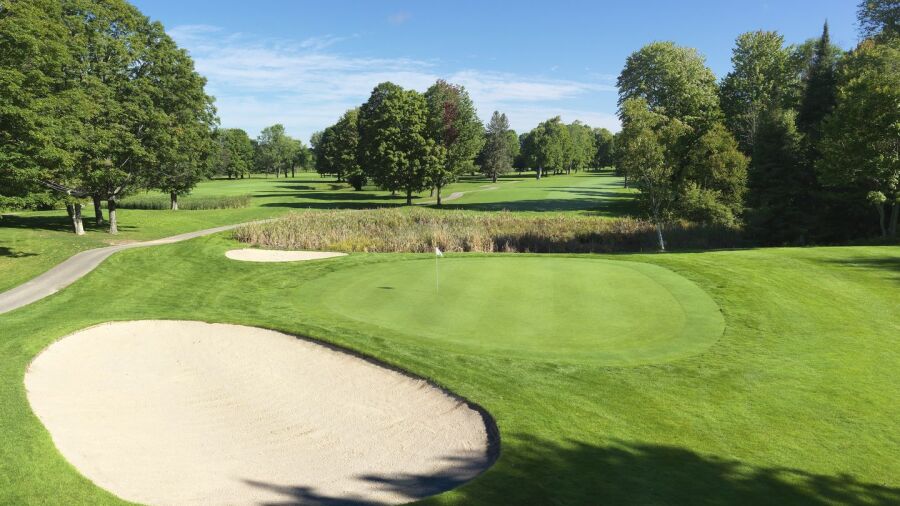 A view from no. 10 on the Moor course at Boyne Highlands Resort 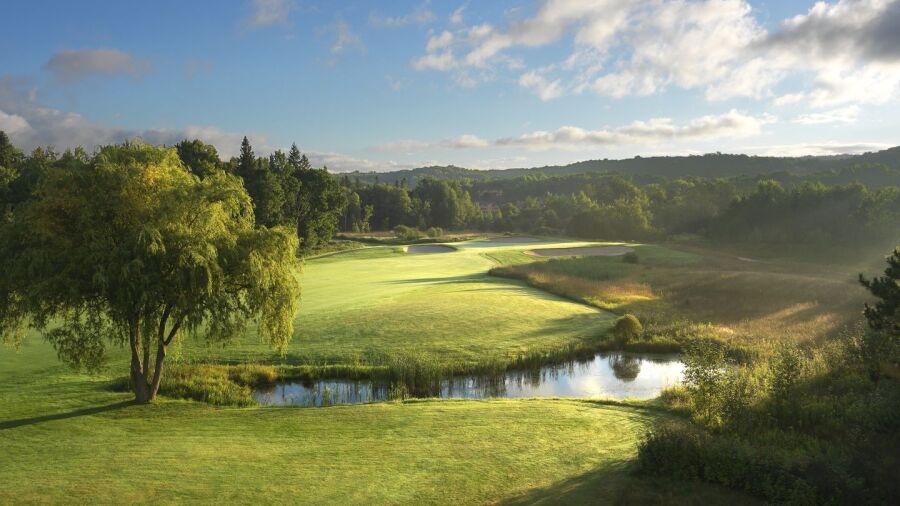 A view of green #16 at Moor from Boyne Highlands Resort 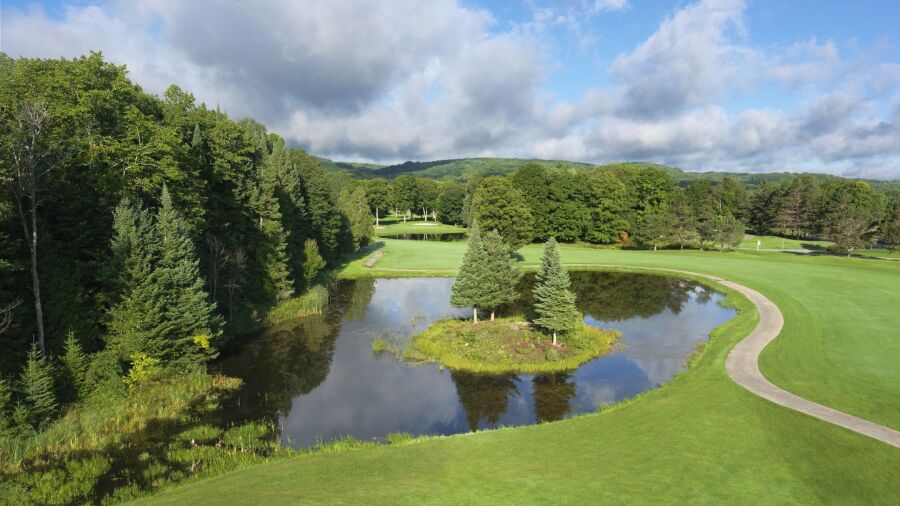 A view from fairway #18 at Moor from Boyne Highlands Resort 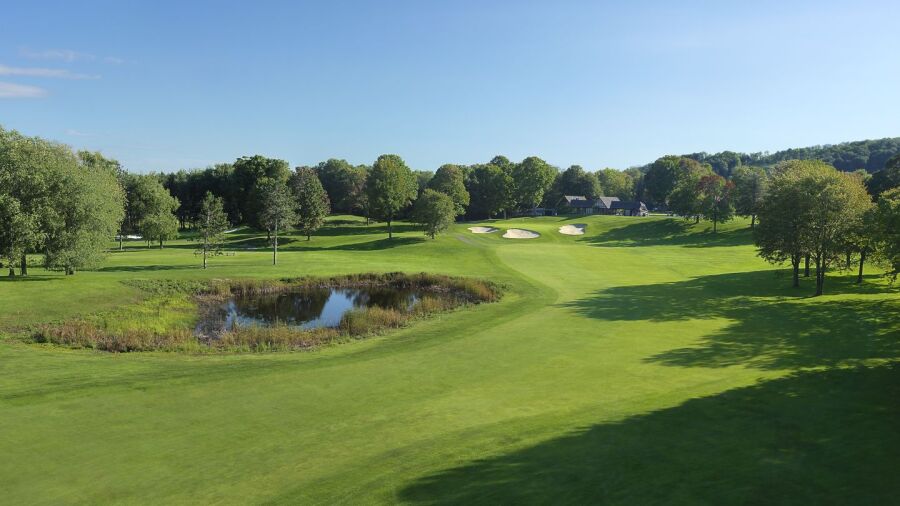 A view of hole #9 at Heather from Boyne Highlands Resort 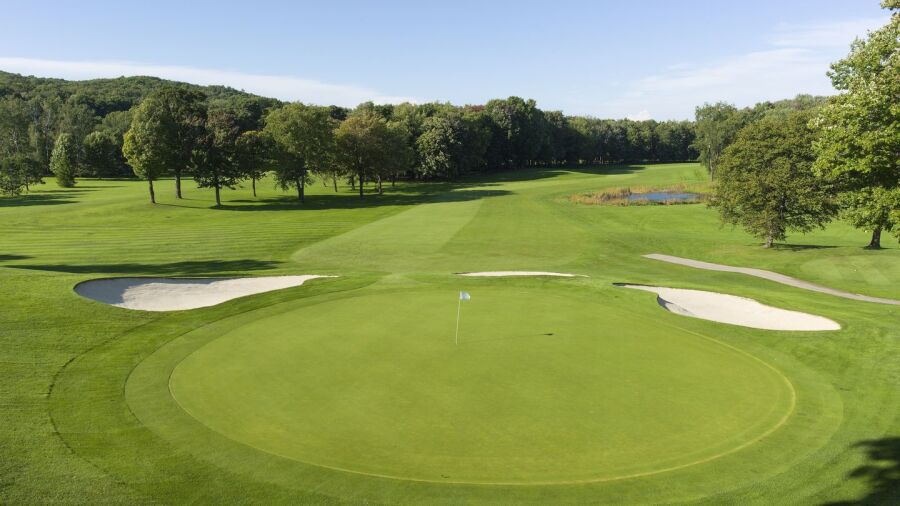 View of the 9th green from Heather at Boyne Highlands Resort 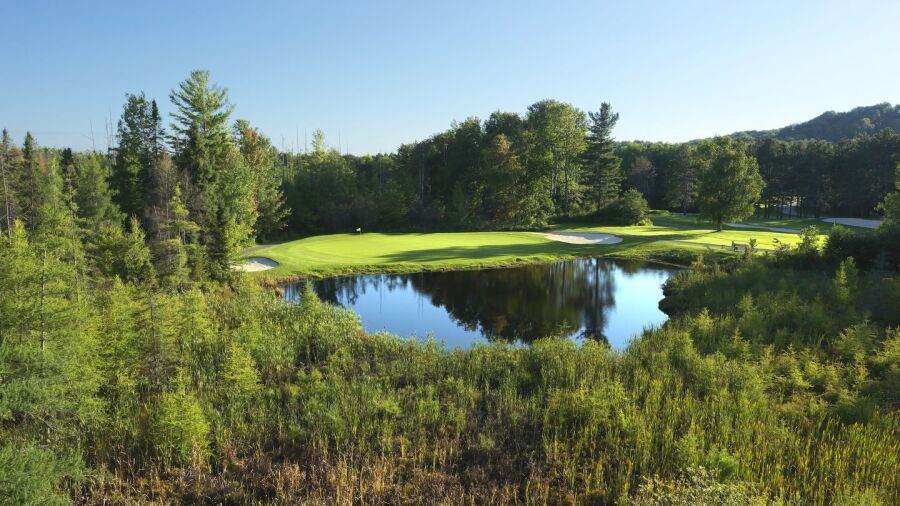 View from #6 from the Heather at Boyne Highlands Resort 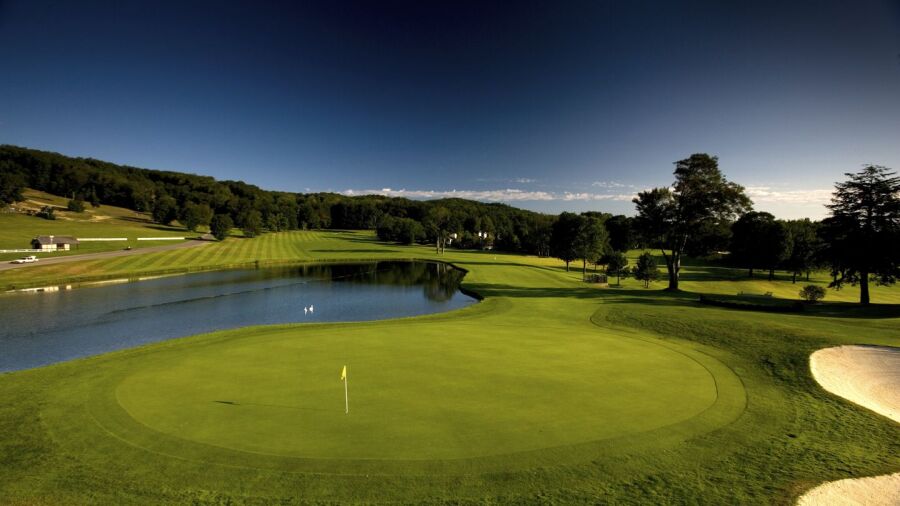 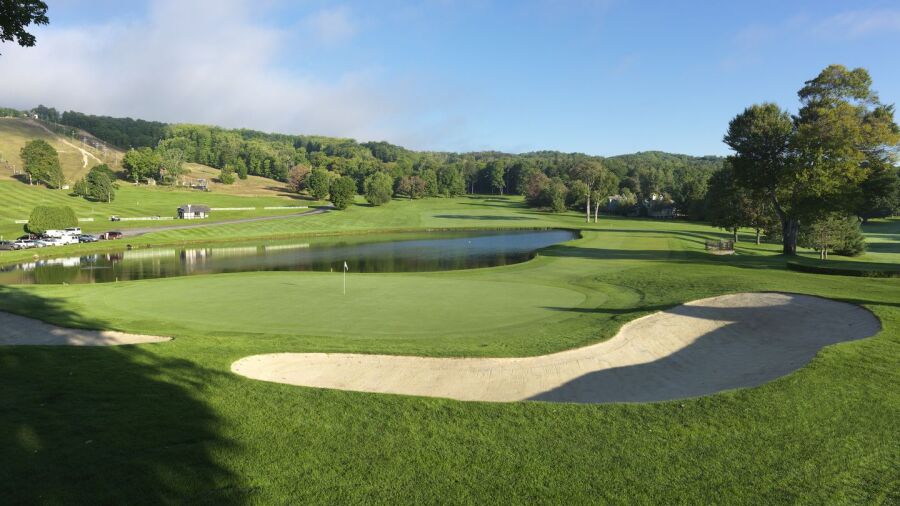 View from #18 from the Heather at Boyne Highlands Resort 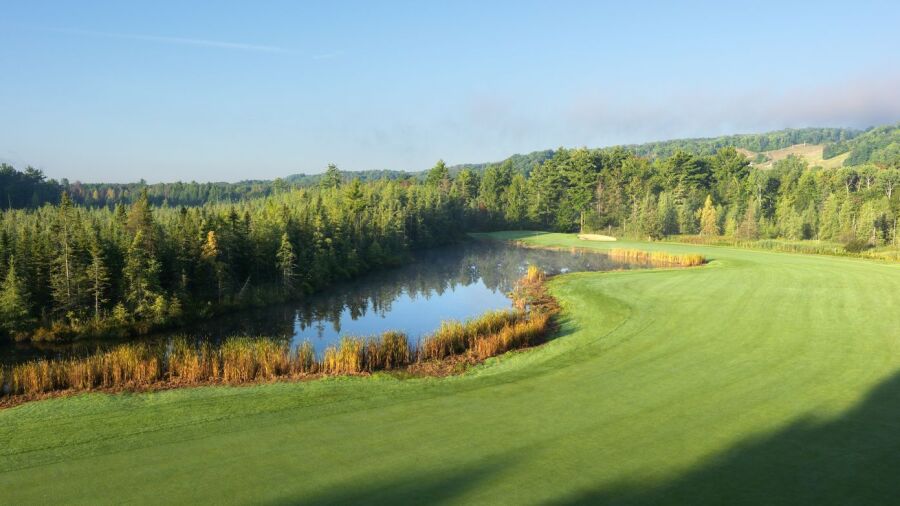 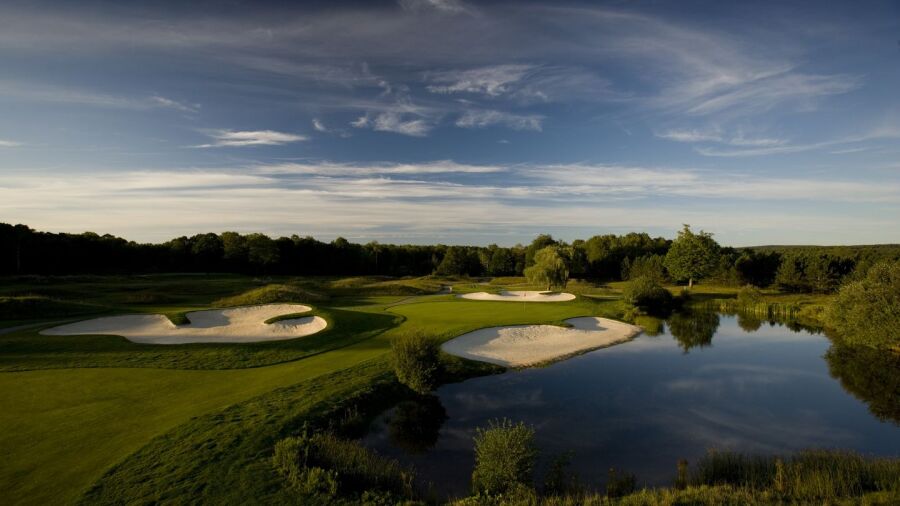 The par-5 497 yards #9 on Donald Ross Memorial course is a replica of #11 from Bob O'Link Golf Club in Highland Park, Illinois 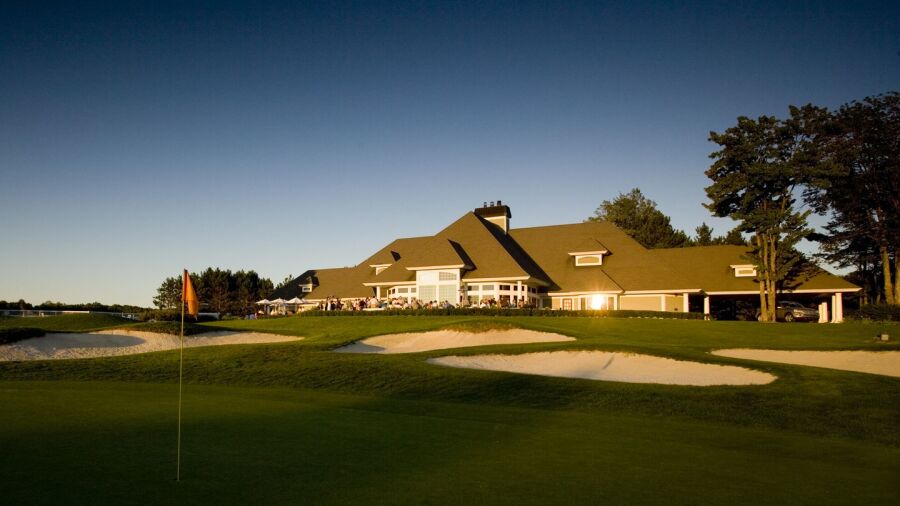 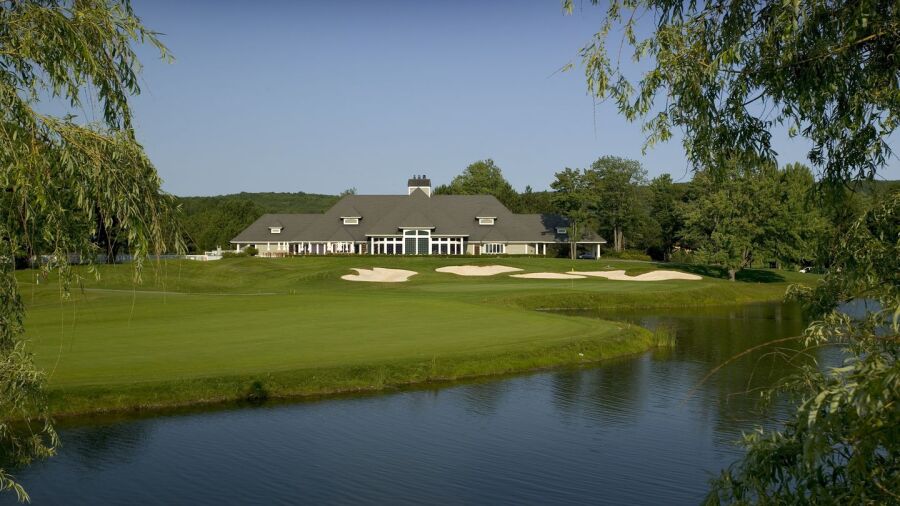 The par-4 438 yards finishing hole on the Donald Ross Memorial course is a replica of #16 at Oakland Hills Country Club, South Course from Birmingham, Michigan 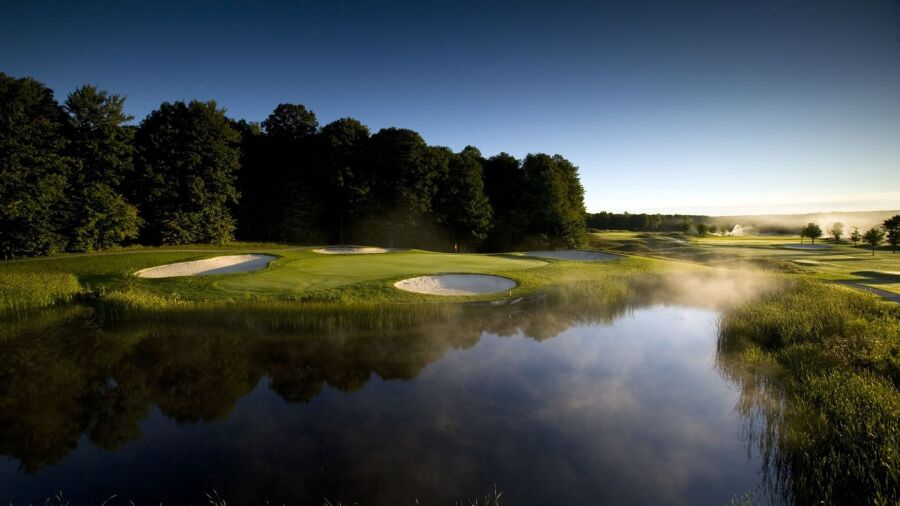 The par-3 no. 8 is a replica of #11 from Charlotte Country Club in Charlotte, North Carolina 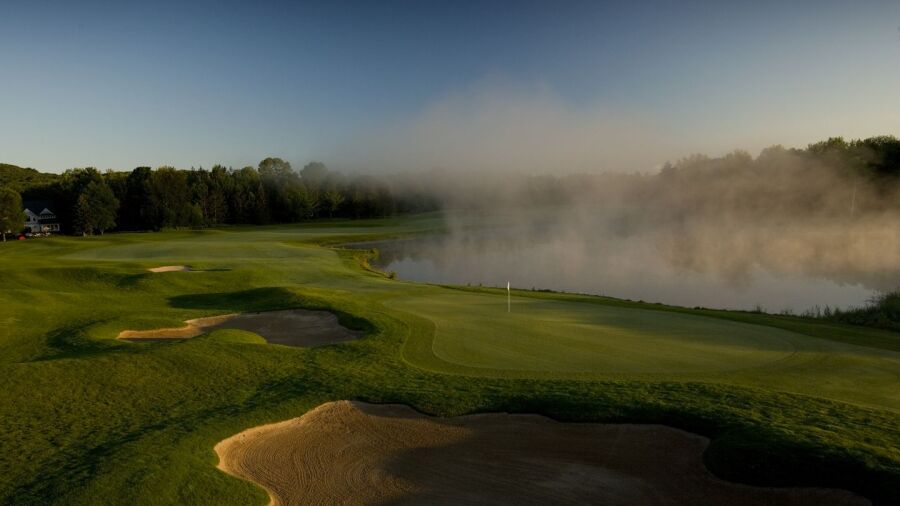 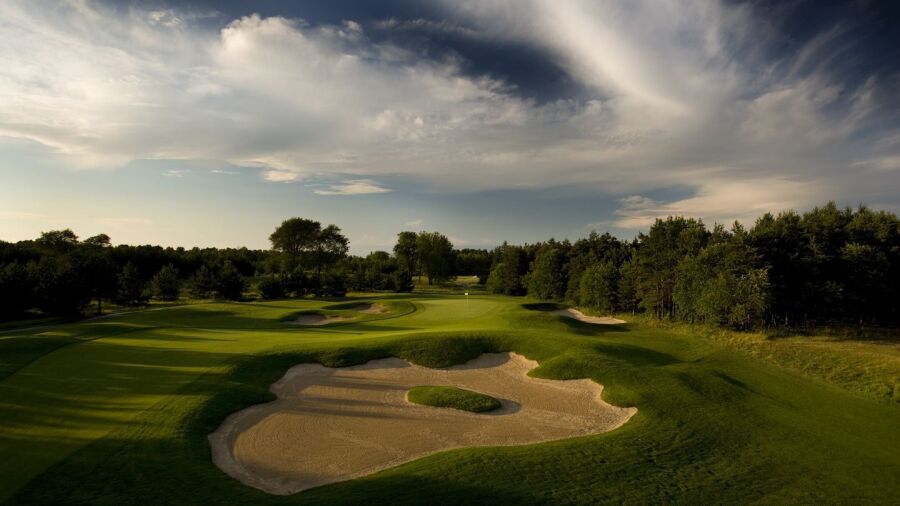 Arthur Hills at Boyne Highlands: View of the 3rd green 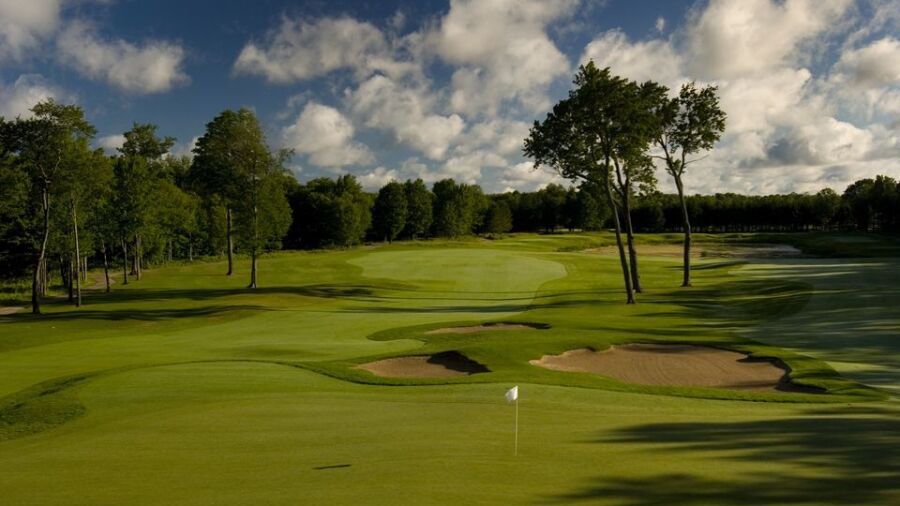 View from the par-4, 420 yards no. 17 on the Arthur Hills course at Boyne Highlands 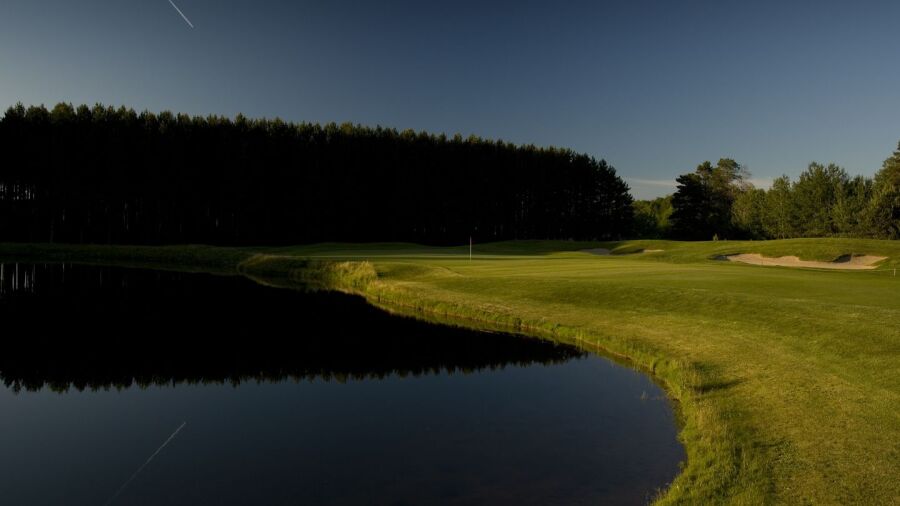 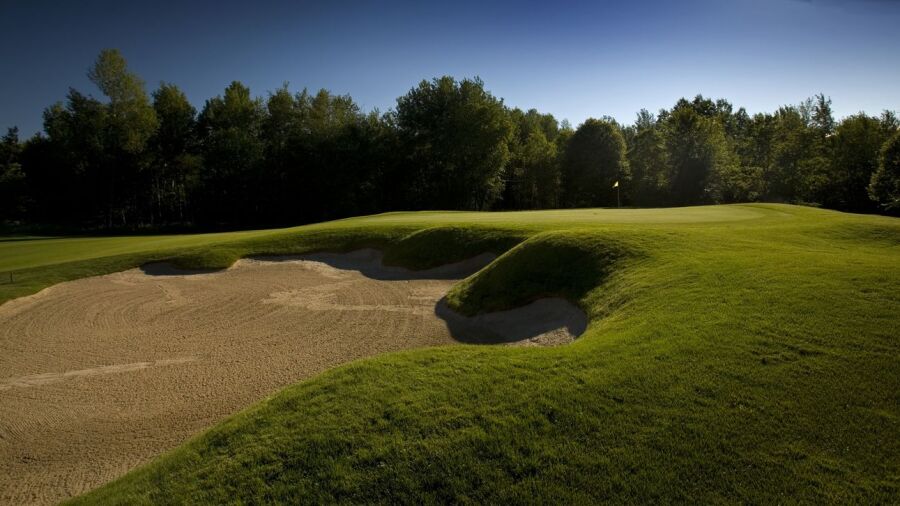 View of the 8th green from Arthur Hills at Boyne Highlands 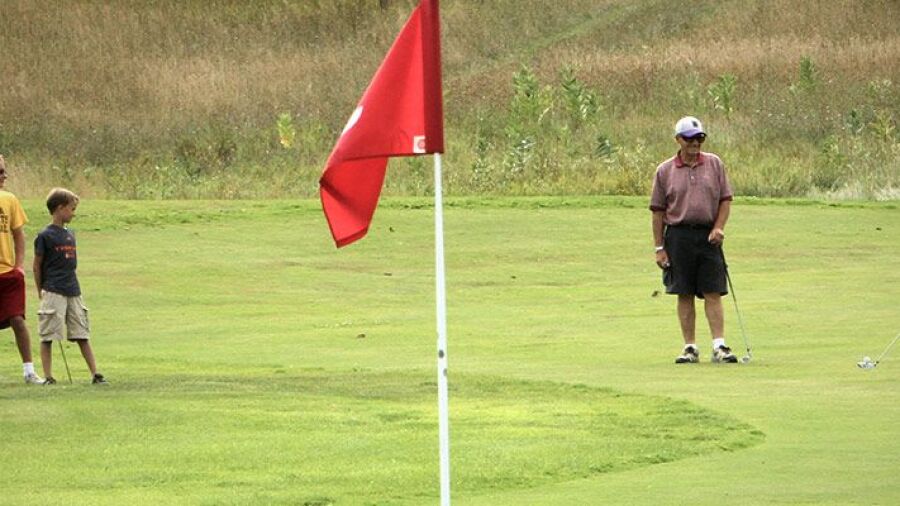 Advanced Filters
The Heather at The Highlands (Boyne)

This was our first time up here for any of the Boyne Highlands courses.We played the Donald Ross Memorial course, and it was an excellent choice.. Everything exceeded our expectations . Layout, greens staff all were great.
Thanks for having me, I will be back again and again.

The Donald Ross used to be one of my favorites but apparently Boyne Management decided to ruin a really good thing. Taking out over 80 Michigan trees on Hole 1 to try to recreate FLORIDA!! OMG! The result is a Florida like junk sand pit and they’ve killed another 30 trees plus on 15 which is still closed.

When you imagine a course that commemorates a great Golf Course designer, you don’t try to retrofit environs that destroy your local environment and waste money. And only a year ago they had patted themselves on the back for Environmental Stewardship with the Heather. What a joke!

Donald Ross would roll over in his grave to see this abortion that they’ve done to this course. Play it if you like. For my money there are plenty other non-Boyne courses to enjoy at lower costs.

Go ahead and let the chain saws and bulldozers roll! I guess they’ve lost sight of the Environment and Golf in favor of Land Devastation. Fore!!

The course is under repair and actually had a hole closed. If you; are going to pay 600.00 for a group of 4 I would steer somewhere else.

There is little Heather or Fescue

You won’t find much of its namesake here as most holes are lined with trees, but it’s a fine course regardless. Course was in great shape, staff was nice and it was about 2 minutes from our stay n play condo.

Greens are tough on approach as bunkers excellently protect the greens and will also demand accuracy to avoid fairway bunkers. A tad unimpressed as The Heather is consistently ranked a top tier Michigan course, it’s very nice but Boyne, The Highlands, and Bay Harbor boast a couple better courses in my opinion. Worth the play for sure

Course was in great condition, played later in the day and I was the only one on course. Only con I can think of is that after 4 it seems you can’t get any food on the course, but seems to be norm at any courses in up north MI.

I love this classic course. Great shape. Great design. So fun to play.

A shotmakers course, in great shape, and fun.

The Heather is not a bomb and gouge course, it's more of a classic shotmakers route. If I recall correctly there are only 3 (non-par 3) holes on the course that don't have some degree of dog-leg to them... and - while it is straight - 18 presents it's own set if shot making decisions. As an example, on the par 4 3rd and hit 7i off the tee and on the par 5 ninth, I led with a six... and parred both holes (it's worth noting that if I had played one tee box back, I probably could have hit a bigger club on #3, there is a corner to cut, but I couldn't reliably get my driver high enough fast enough, and it was short enough to par with the 7i anyway... but... there are a few holes that might actually be a little easier to play from the back tees, something to consider). To me, this never got boring and I enjoyed having to think as much about my first shot at my approach.

The course itself is beautiful, excellently maintained and framed with trees most of the way around.. There is plenty of water on the course, although not much of it really needs to come into play (you'll ned to carry it on a couple of the par threes, but it's all right in front of you and none of them are long enough to make you question if you can make the shot). What was particularly cool about the water (as you can see in a couple of my pics) is in the morning it can get very pretty with the "smoke on the water." Even the slightly smokey skys played into the scenery, and made the sunrise a bit more dramatic.

As mentioned, the courses primary defense is angles; however, there are some large and occasionally deep bunkers to contend with around the greens as well. Fortunately, the sand is terrific and plays exactly as it should, so these shouldn't be too big of a problem if you are comfortable from the sand (I was 1/2 on sand saves).

It's worth noting that the service we received was top notch all the way around... up to and including the grounds crew who we caught up to on (I think) the 12th hole (we play pretty quickly... the entire round took about 2:35). They were very accommodating and worked with use to make sure our experience wasn't compromised while we worked through the holes they were busy maintaining.

The 18th hole is an interesting example of having to make decisions even on a straight forward hole. The large pond that protects the green is certainly reachable to the right (and everywhere to a big hitter) so I elected to skirt the left edge and allow for a big hit to play through to a slivery of fairway that runs to the left of the pond. My ~250 yard drive (which probably would have been wet if it had been to the right) left me about 175/180 to the center of the green about 165 of which was carry. Fun hole, but I can see a lot of ways to have ti ruin a round if you don't carefully consider each shot.

#9 is an interesting hole as well, and might be my favorite on the course just because of the strategy options available.I opted for a pair of six irons which allowed me to navigate the somewhat narrow fairways (most of the Heather is wide in the landing areas, #9 was a little more challenging) and left me a pretty stock (145) pitching wedge into the green. There's certainly an option to try a bigger club off the tee and try to reach the relatively short par 5 in two, but this seemed like an "easy 5, or... a 7" type of hole to me and I opted for the 5.

I had a ton of courses to choose from on my vacation to Northern Michigan, I can say without any regret I'm glad I chose The Heather as one of them. I'd absolutely recommend it to a friend and will probably include it in future trips back to the area.

There are lots of great options in Harbor Springs and over the years I have played most of them, but not the Donald Ross Memorial. It just seemed less exciting than the others for some reason. This was a mistake waiting so long! I loved it! Donald Ross designs are obviously amazing examples of classic architecture golf and I was amazed at how well that translated to this piece of property. It doesn't have as dramatic elevation changes as the Hills course, but it still has great holes going both up and down. Conditioning was excellent as it always is at Boyne and I'm kicking myself for not having played the Ross sooner.

jimbo314
Played On 06/28/2021
Reviews 4
Skill Advanced
Plays Once a week
I Recommend This Course
5.0
Verified Purchaser

Green on steroids. Walking on the greens are like walking on super plush carpet. Greens are challenging but true. Follow your eye. Great friendly staff. Very attentive to your needs.