Part of the Holiday Inn Vacations family, Orange Lake is one of Orlando's most comprehensive family-oriented resorts. The Arnold Palmer Signature golf course anchors the resort's East Village, while the West Village is home to 36 holes of Putt-Putt golf. A lazy river, kids club and outdoor sports courts offer plenty of fun for all. 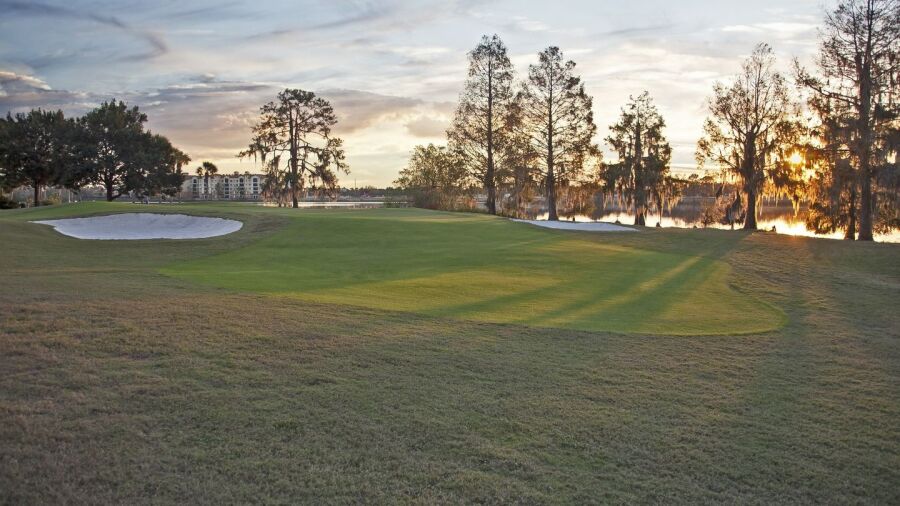 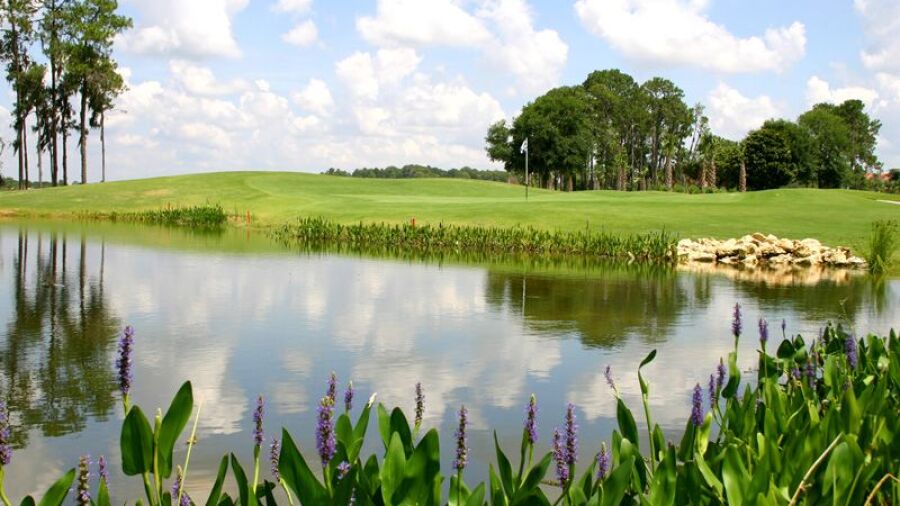 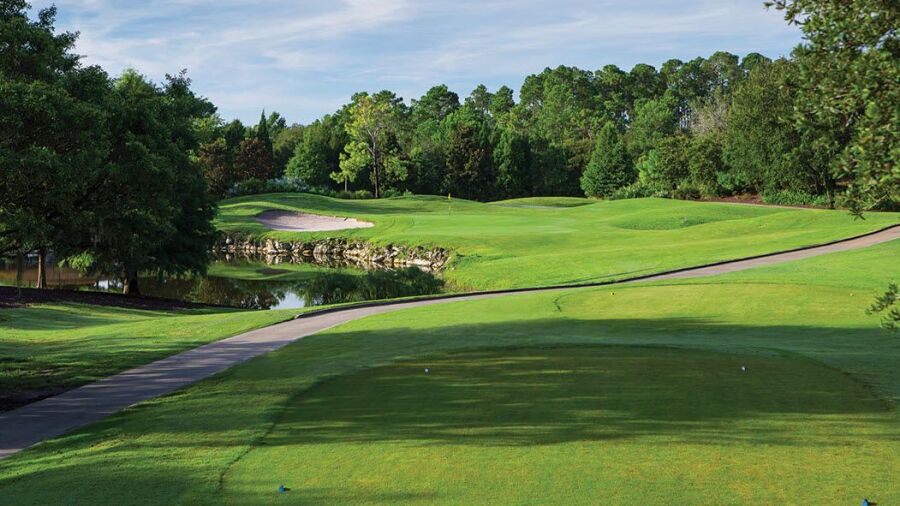 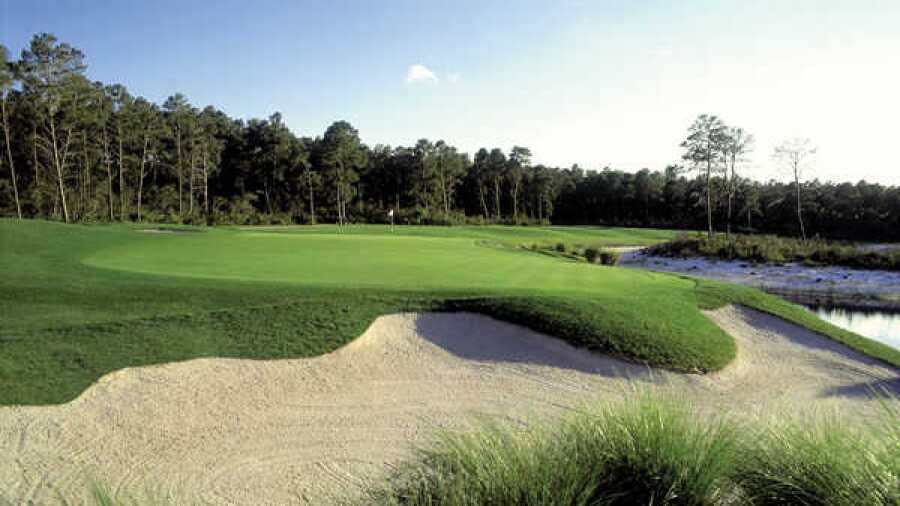 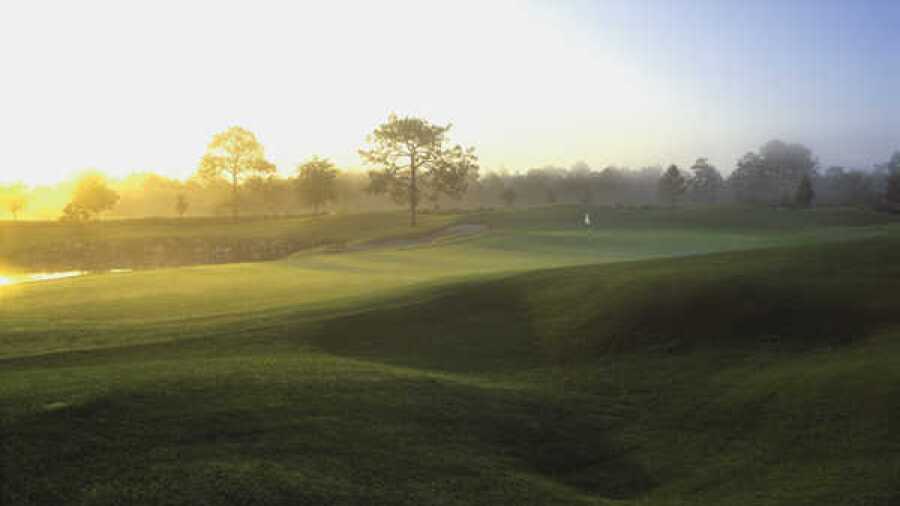 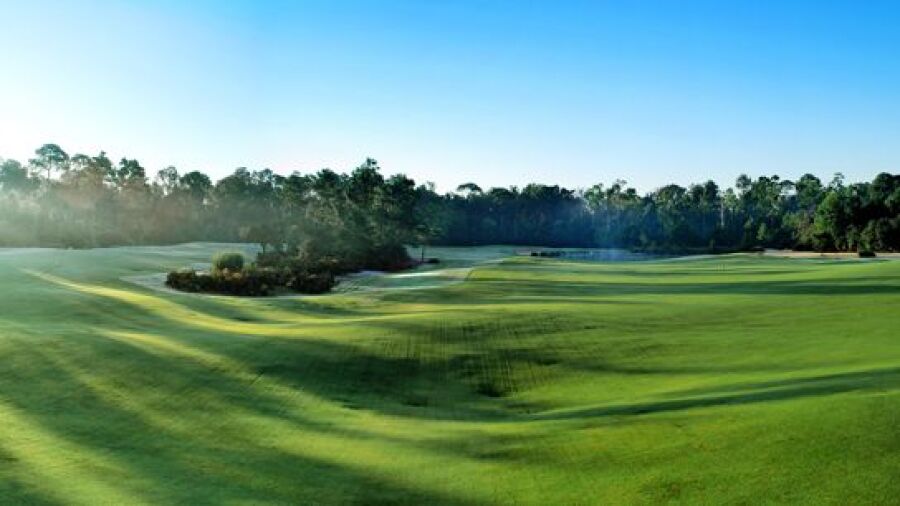 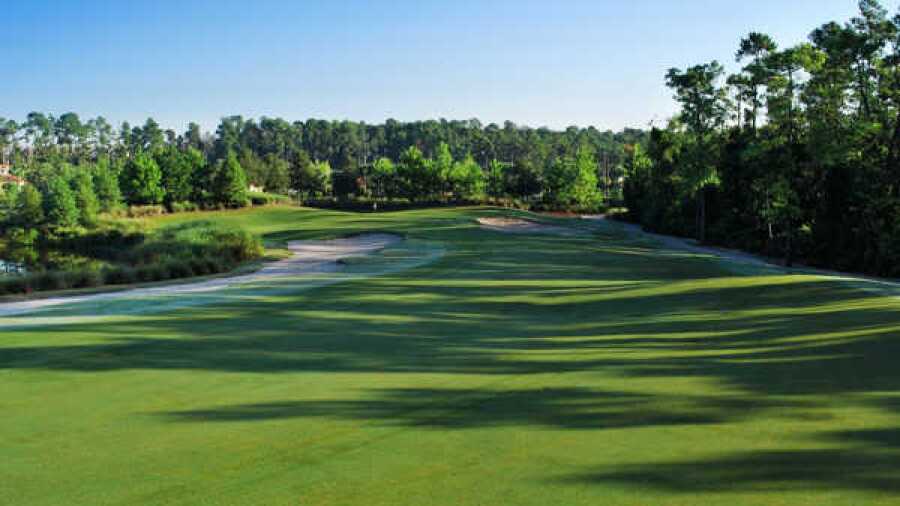 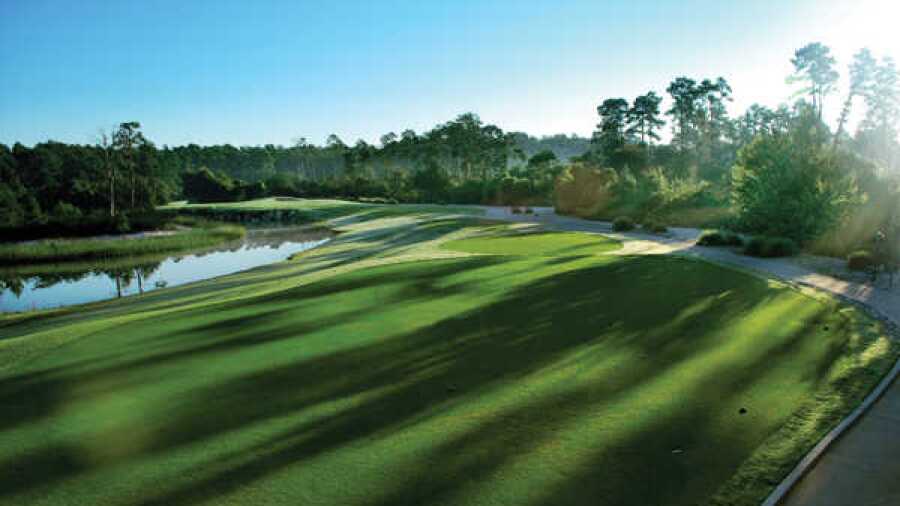 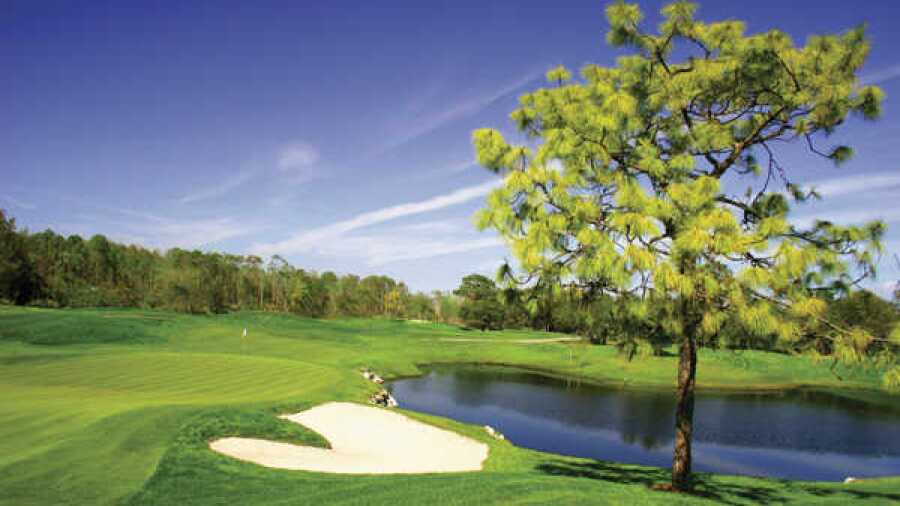 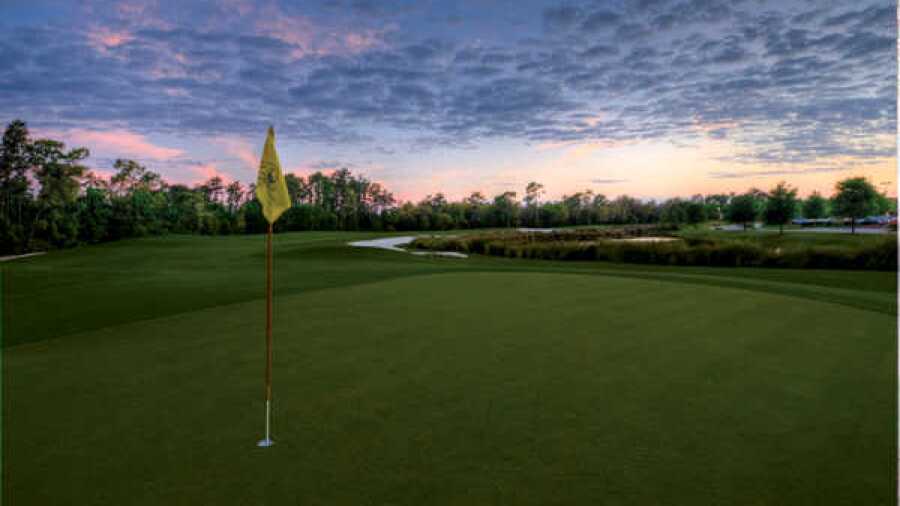 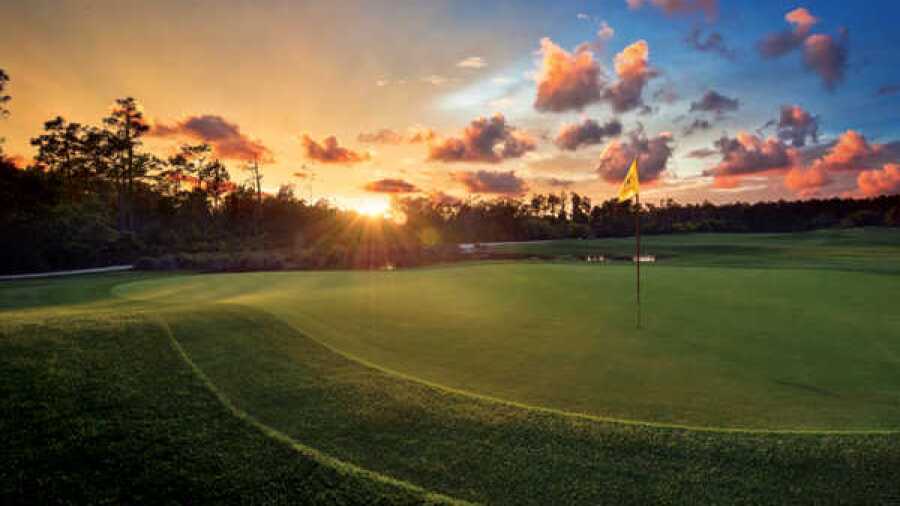 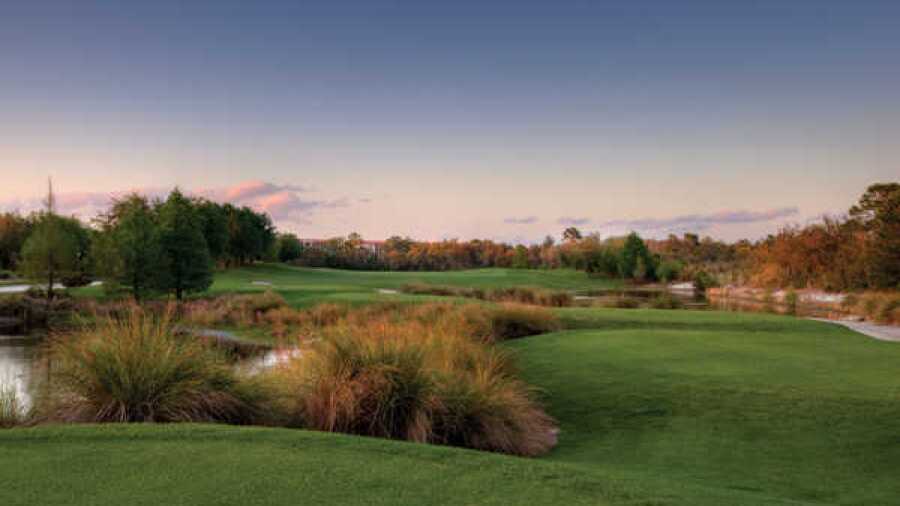 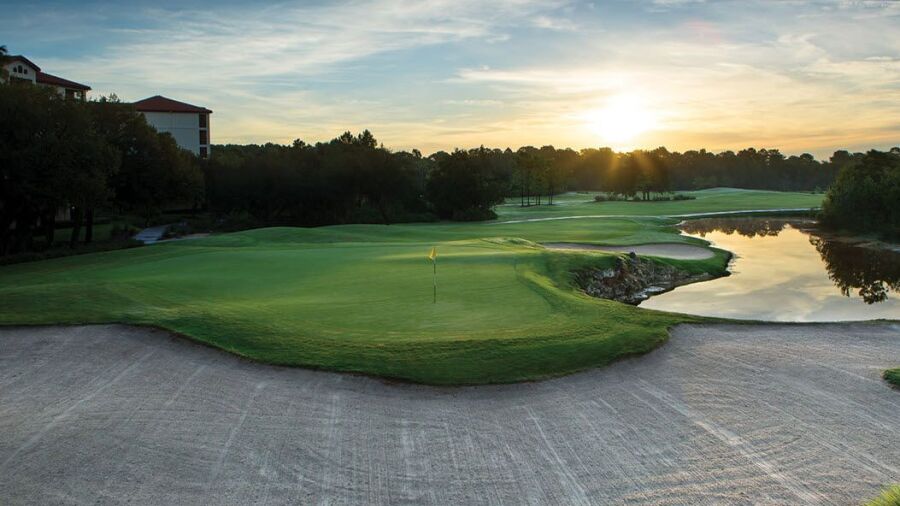 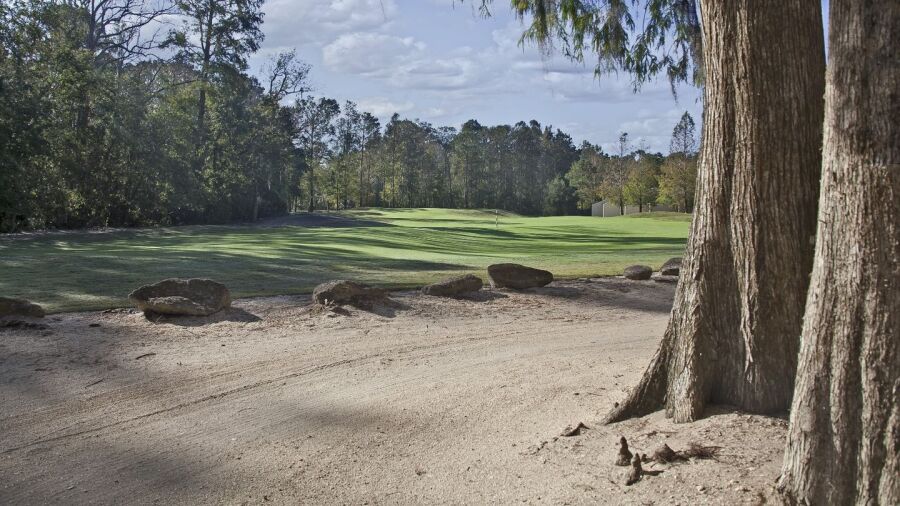 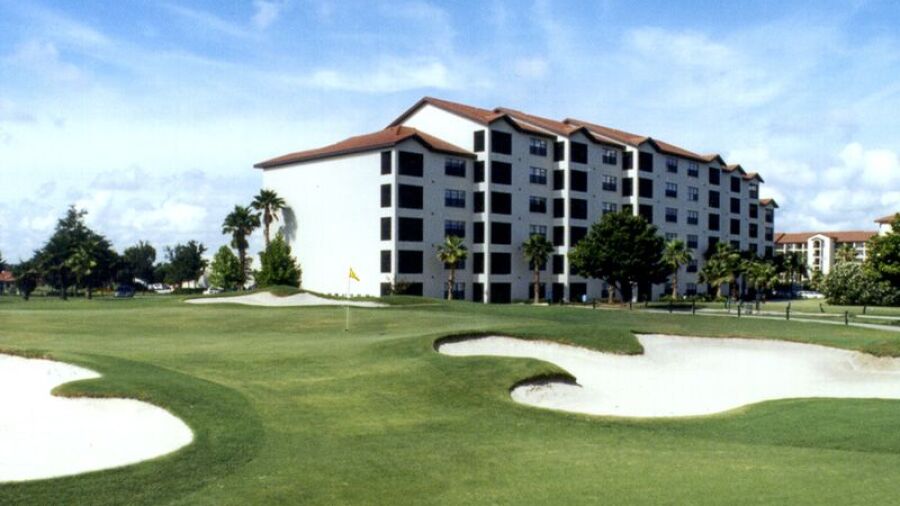 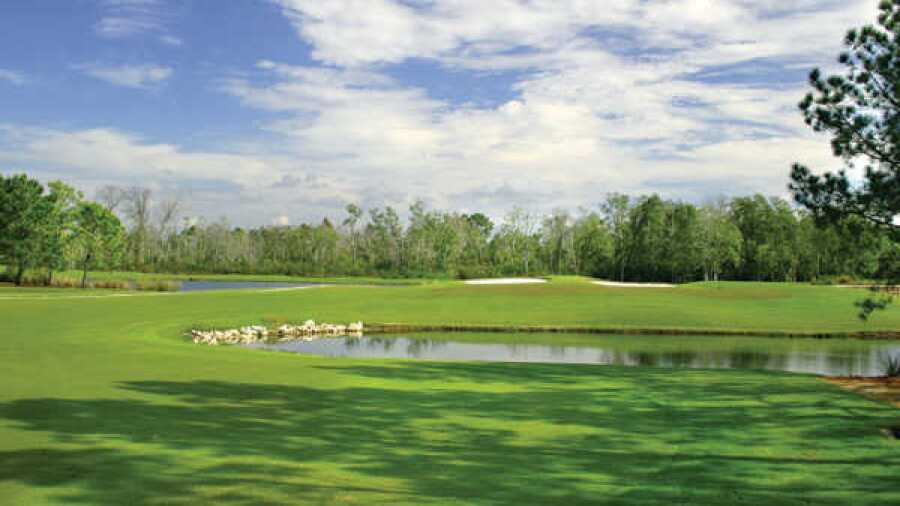 The Reserve at Orange Lake Resort 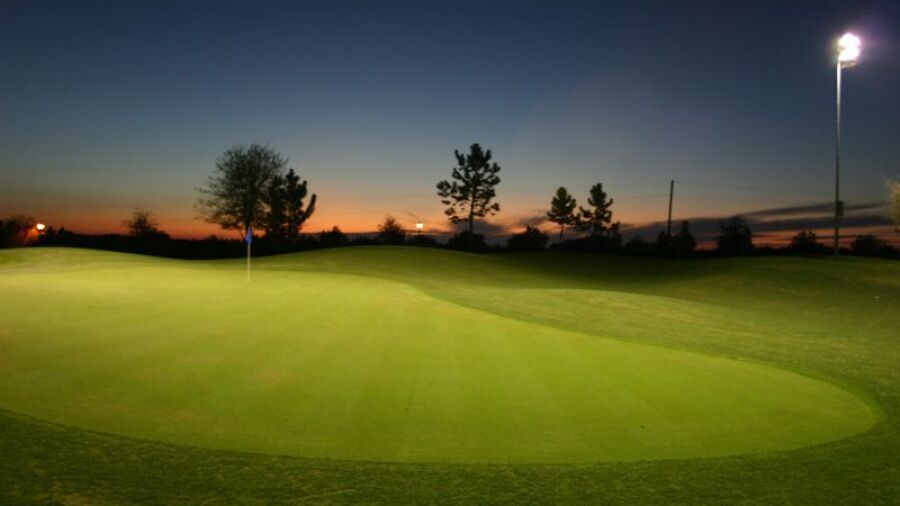 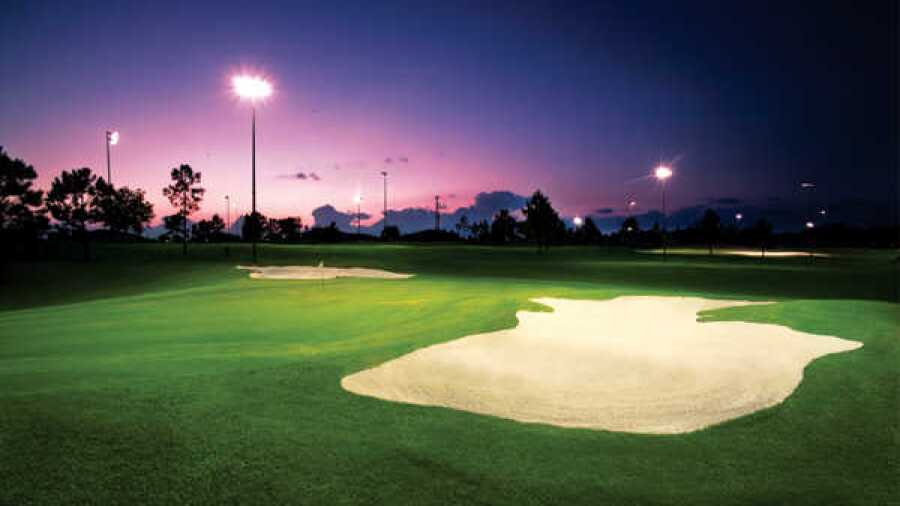 Legends is one of the worst higher priced courses we've played. Half of greens had sand dressed areas to cover damage, and we moved ball several times to put. Fairways and boxes in poor condition. Layout is Ok, but several greens are extremely small, starting with #1. Overall, poor value for a very overpriced Legends course

I was happy with my nine holes here and will play it again tomorrow. While there is a lot of water adding to the scoring challenge, the first three holes are just too short for my tastes. 4th hole is a gem and I played too conservatively off the tee. 5 is a fair par 4 that demands two straight shots. 6 is a tough par 3 and check the yardage marker on the green. Par 4’s have well marked 100 and 150 yard markers. Greens are a little patchy. Other players were pleasant beyond belief and staff was superb. Rented clubs that were only OK and had no pitching wedge; needed that club more than a driver. Lots of bird sightings and I’ll look for a croc tomorrow.

Great for seniors. A few levels better than a muni...

Day 2 at Orange Lake. The Reserves is the older course and was in good condition with very nice greens. Lots of slopes on the greens and some with 2 tiers. Greens were larger and much more accessible than the Reserve course.

The course was overpriced at $60 but maybe average for this area as I was on vacation. The course is open and perfect for seniors...short and easy to play. The only challenge is putting.

Pleasant round, Small greens, a but overpriced

This is one of 2, 18-holes course at Orange Lake. There is also a 9-hole course that's lit at night. The Legends course is a Palmer design and you can see why. Most of the trouble - traps and water - are on the right side of 5he hole or green. With Palmer a draw golfer, that works. For 5he majority of players - aim left!

The greens were surprising in how small they are. No large, two-tier complexes but some undulations throughout. Other than the sand on the greens, the putting was nice.

The fee was $90 so a bit overpriced for an average course. But it was a pleasant round so few complaints.

This course is terrible, especially for the money they charge. We paid $50 to rent junk clubs. The course is in terrible shape. There’s actually crab grass growing on several greens. There was trash strewn about the edge of the fairways on some holes. We followed a very slow foursome that had more interest in partying than golfing. I’m talking heavy drinking, yelling, acting like fools and playing very loud music through a Bluetooth speaker. I’ve played at way better courses for a fraction of the cost. I honestly can’t believe this course is associated with Arnold Palmer’s name. Huge disappointment and a complete waste of money.

My wife and I were staying in a time share at Orange Lake with friends. Two of us booked a time on the Legends. The layout was decent. The back nine was especially picturesque. Unfortunately, the course conditions were less than ideal. The grass in the fairways was sparse and did not support the ball well. The traps were inconsistent, many having far too much sand. The worst part was the condition of the greens, especially on the front nine. There were numerous tufts of weeds (what appeared to be a type of poa, along with other varieties) that had invaded the greens, making them bumpy and difficult to putt, as well as aesthetically unpleasant. I was hoping the poor condition of the putting green would not be a harbinger of those on the course; rather it was a foretaste of things to come. The best thing I can say is that the pace of play was speedy. This course is not worth the nearly $100 greens fee. It’s an extremely poor value! When I pay that much for a round of golf, I expect the course to be in good condition.

I played this course as a single. When I arrived for my tee time there were about 4 groups on the first tee with no starter in sight. I asked one of the cart boys and he said there should be a starter so he apparently was not informed. It was a free for all to try and figure which groups were going out. I got lucky and a nice couple let me play with them. Pace of play was also an issue with no ranger. If this course is charging 60+ dollars there has to be better managed. Conditions were good but management was bad.

My date is wrong as I played this when it first opened and was really good. Even shot a few under par which surprised myself and some of teaching pros I was playing with that night .

wow, like golfing at a private club. i forgot that a course should be like this. i have gotten use to bare greens, divoted tees and fairways and weeds. no ones using it right now. its real nice. dont tell anyone.

This is a excellent course. Tough but fair. Everything in super condition. Without Golfnow it is a bit pricey.

Only complaint was pace of play, it's listed on the card that four and a half hours is the expected pace which is an absolute joke. This is only listed that way so that people don't have a legitimate complaint about standing and waiting on every single shot. Tee times are scheduled every 8 minutes so this causes backups all the time and the slow pace. I would only recommend this course to anyone that's willing to get out early ahead of the crowd.

Not a bad day of golf but if this is considered their premier course in needs a lot of work. For the price I would expect the greens to be in better condition. Pace of play was good but there is no grill or restaurant at the turn or 19th hole. Head to the Ale house when you finish it’s right outside the gate.

I have play the course a number of times before and I love it. This time I found the green sprayed and very fast. The fairways where not as good as before and I did not enjoy the round like I did before!!!! The layout I love!!!!

Convenient and fair place to test your game!

Priced in the range expected in Orlando. Convenience made playing this course a good idea on our last day in Orlando. The greens were smooth but colored to make them appear greener than they would otherwise be. enough challenge on the course to test you but sufficient ways to play around the difficulties. Long and wide enough to make using the driver a good idea. Nice place to play without driving too far.

No amenities at the club house - could not even get a cup of coffee. Practice tee and balls in sad shape....Not sure where the challenge is with this course. Was told beverage cart had everything when asking about drinks. We did not see the cart until the 7th holes. Can't believe this has Palmer's name on it.