About The Glen Club

The Glen Club, the home of the Illinois Golf Hall of Fame, is the centerpiece of a well-established community built up from the former site of the Glenview Naval Air Station. Tom Fazio sculpted the 7,170-yard course run by KemperSports, taking advantage of subtle elevation changes, lakes, streams and a view of the Chicago skyline in the distance. The 48,000-square-foot clubhouse affords excellent dining, a 21-room hotel for overnight stays, a grand ballroom and plenty of corporate amenities. Chicago's downtown attractions are a short car or train ride away.

Golf courses at The Glen Club

Images from The Glen Club 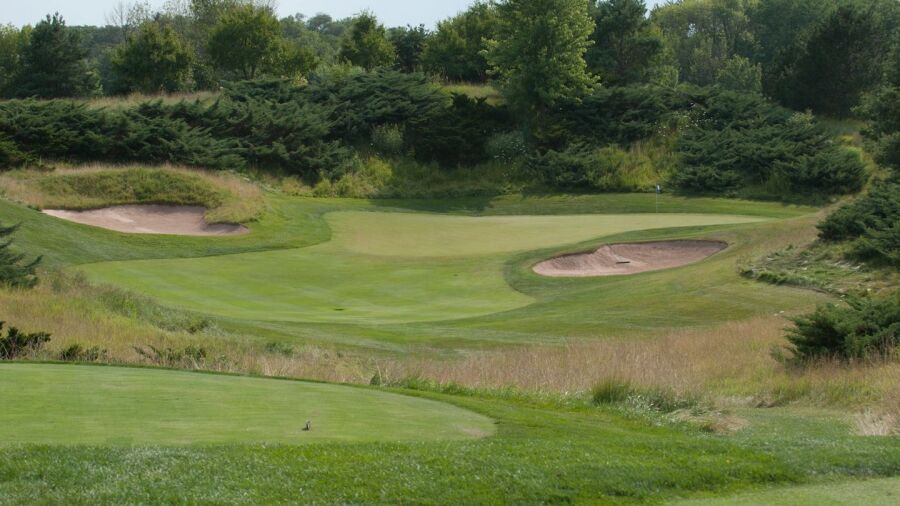 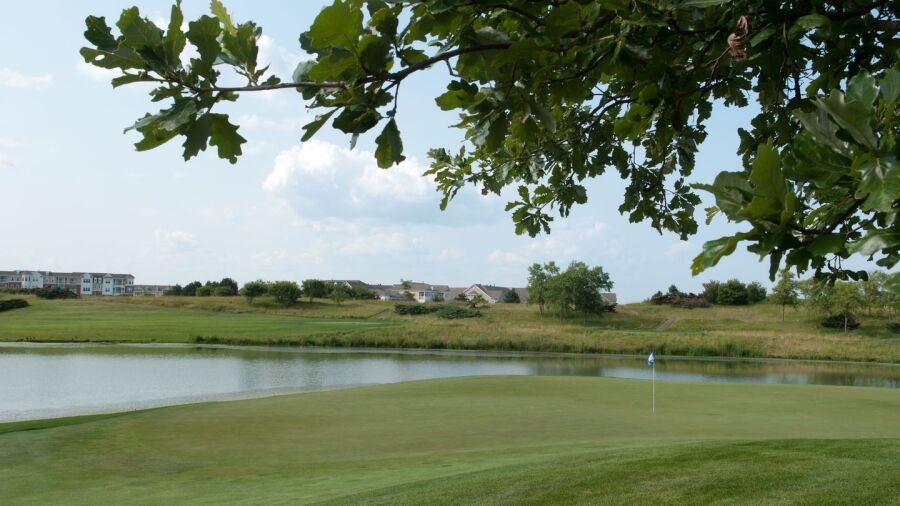 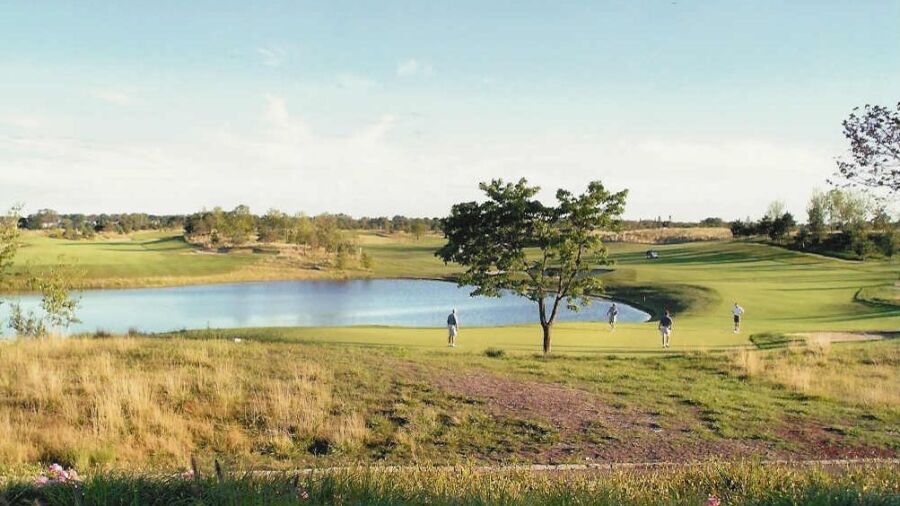 A view from the terrace at Glen Club The Glen Club 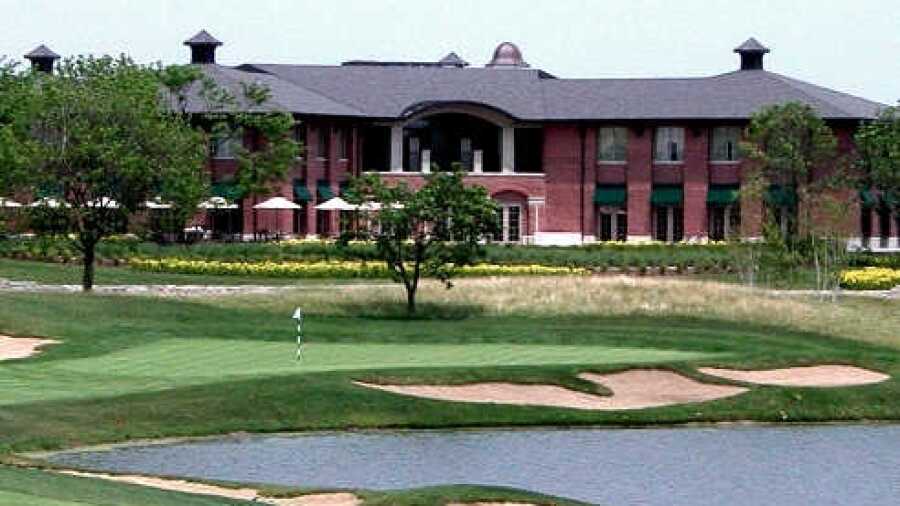 For the 3rd or 4th time in a row, the course played exceptionally slow. Further, the people who I believe were members hit into us on nearly every hole, knowing there was no place for us to go. It was my wife's birthday and this was particularly disturbing. Confusing how there is not an abundance of rangers for the exorbitant green fees. Regardless, I chose not to say anything to the golfers behind us to prevent a confrontation. Adding insult to injury, the lunch place could not seat us even while there were countless empty tables. After pressing the hostess on this topic, she sat us at the fire pit. I've spent thousands upon thousands at the Glenn. We promptly left and I will not return. I returned from Wisconsin the day prior playing the Brute, Abbey and Geneva National Courses, all absolutely superior to the Glenn, for less than half the price. The Glenn has taken a nose dive over the past year and I suspect will only be a matter of time before the impact is felt against membership and overpriced green fees.

What can I say? Glen Club is a higher end golf course with solid conditions. Course is definitely nice but 150-190 nice? Not quite. Partly due to the location they can charge that absurd type of rack rate. I can think of at least 3 much better golf courses within 30 mins of the Glen that are under 100 bucks. I play it maybe once a year but come across somewhat empty because of the price. However, each time I play it’s pretty busy so what do I know?
IMO spend your money much more wisely and play elsewhere. If there’s some type of deal early or late in the year for 100 or under then I’d say give it a shot.

The condition of the Glen Club probably has more to do with lack of play due to ridiculous pricing than anything else. Several staffers mentioned lack of play and relying on corporate outings to log rounds. $190 in todays golf environment is silly. PS I was a guest and embarrassed for my host.

It had been a few years since I last played this course, so I was really looking forward to see how the course is maturing. I have to say that I was very pleased to learn that the Glen Club is aging very well.

First off, I continue to marvel at the fact that the course is a hybrid of what once was a flat Naval base runway and what once was a forgettable navy base golf course. As the course has matured, you get the feeling that you are playing a course that has been there for decades. The grass, the rescue and the strategically planted trees have limited the visibility outside of the course. This gives you the perception that you are miles away from any metropolitan area when in fact you are only 20-25 minutes from downtown Chicago without traffic. I'll get to this fact later.

The course is in impeccable shape. The fairways and greens are ultra pure. The course is much more refined now than I last remember as most of the open areas have been filled in nicely with a mix of vegetation. The only area that was a bit worn was the grass range for non members. If you plunk down modest annual dues, a membership enables you to access a very nice range and short game practice area at the south end of the practice facility. In fact the Northwestern women's team utilizes thus facility at times.

The layout of the course is very visually pleasing to play. The holes are spread out very nicely so that you really feel that each hole has its own story. There are several tee options too. I played the tips at over 7000 yards but the generous landing zones and firm fairways make the course supremely playable and fair. It is nice to play from tee boxes that are consistently rolled flat and manicured. As the tree line has grown in on holes 5,6 and 7, the course has created an even more private feel.

The course hold to a 10 minute separation between tee times. This provides a nice pace of play even if you end up looking for balls in the tall grass. We played in just a splash over 4 hours when teeing off at 11:30 on a Sunday.

The clubhouse is very interesting. It is the home of the Illinois hall of fame so you are welcomed beyond the lobby with pictures of many of the local golfing legends like Johnny Revolta, Chick Evan, Ed Oldfield, Bill Ogden etc.. The food in the dining room is also top notch with many of the locals often coming there for lunch or dinner.

Now for a consideration worthy of anyone who lives in or around downtown Chicago. The Glen Club does have memberships available. As I said, you can get to the course in 20-25 minutes from downtown Chicago if leaving on a Saturday or Sunday morning. Another option is to keep your clubs or a second set of clubs at the bathroom and then take the train from Union station since there is a stop only a few blocks away. If you live closer, then you would have easy access every night to hit the members practice area that I mentioned and then hit the course for a quick 9. While the course is still open to the public, the $165+ daily fee really limits the potential for irresponsible players showing up to get drunk or dtijve a cart aimlessly around the course. At the same time you do not have the attitude that you often get at the more established private clubs on the North shore.

Overall, this is a really great track in exceptional shape that is very geographically accessible. A great option if you are considering a home for your game.

Excellent course. Great shape. Great facilities. My only complaint is the price. Everything else is top notch