The Chestnut Ridge Golf Resort and Conference Center in Blairsville, Pa., offers "park and play" golf packages, where golfers don't need their car. Every amenity is here: Two courses, the Spike Bar, the 37 Grille, a spa and salon and a 92-room hotel, the Hampton Inn & Suites by Hilton, which offers a free continental breakfast, fire pit and indoor heated pool. The 6,812-yard Tom's Run plays longer than the 6,242-yard Chestnut Ridge. 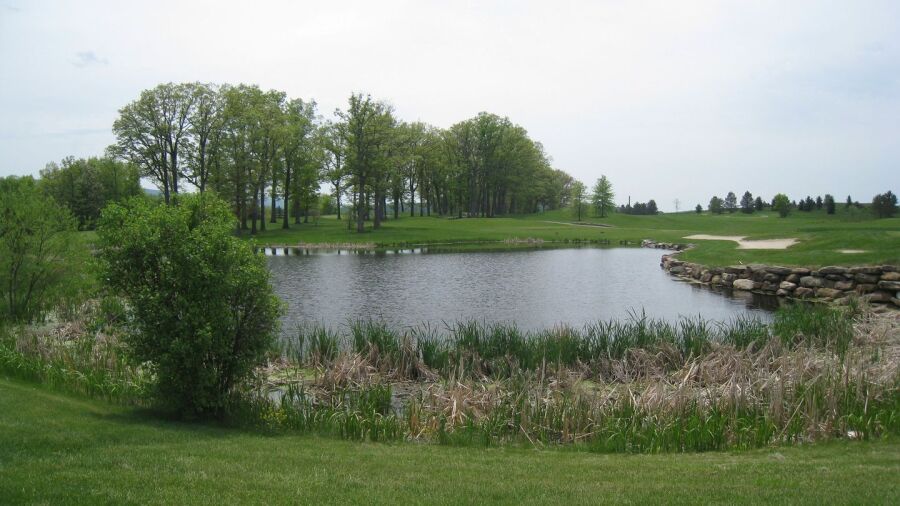 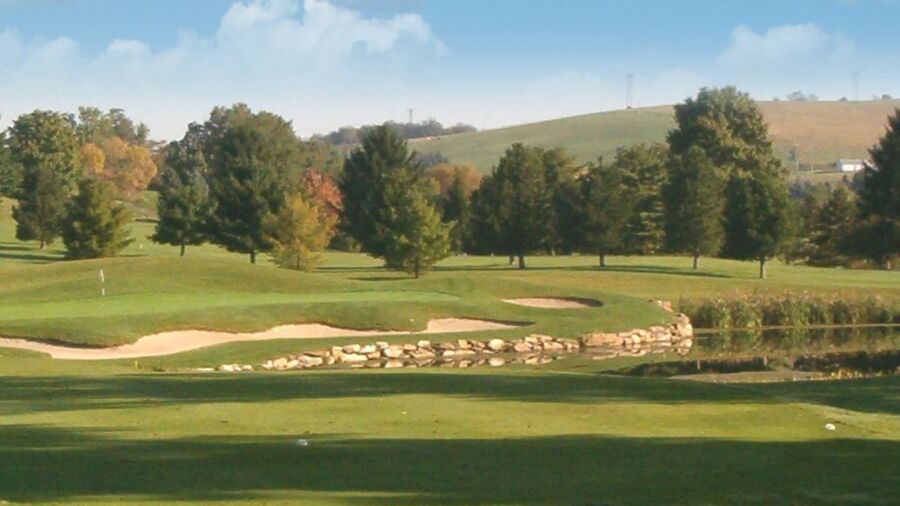 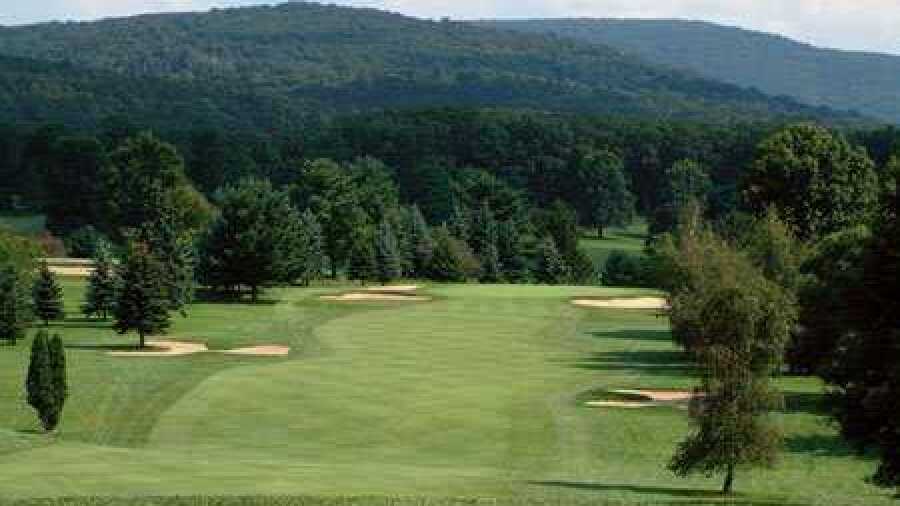 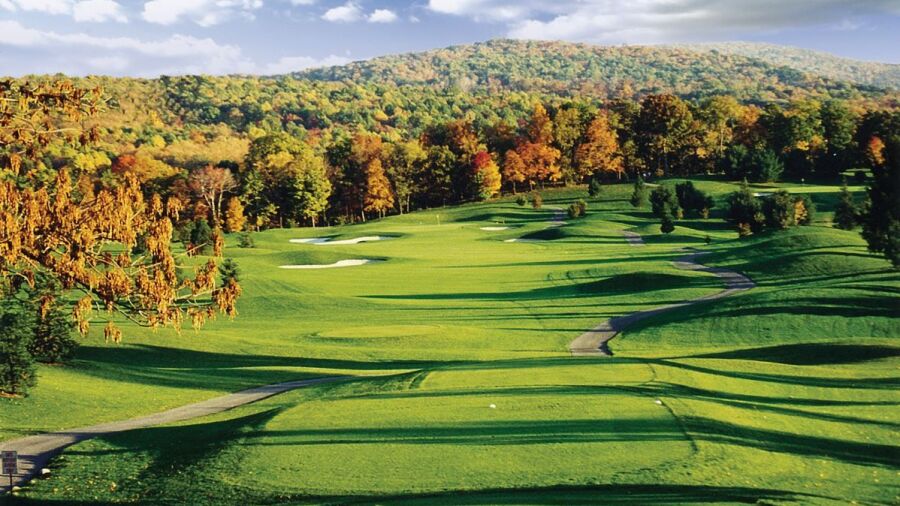 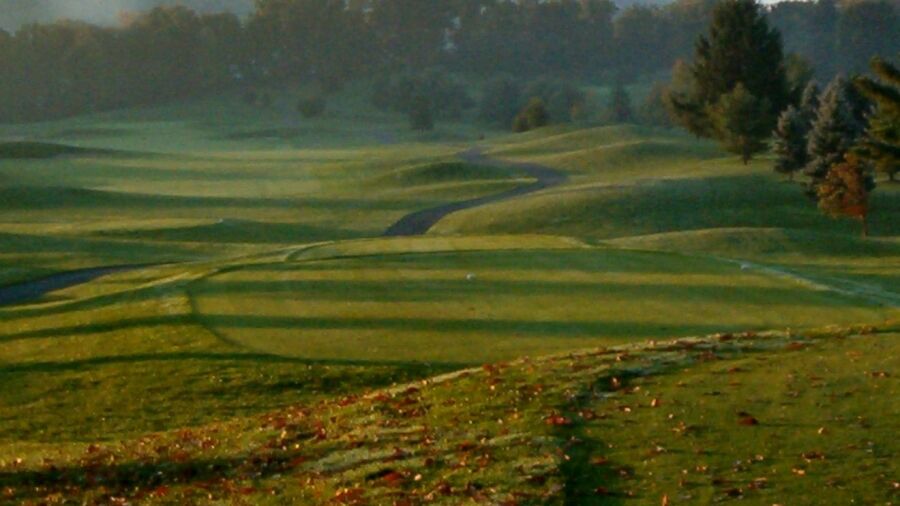 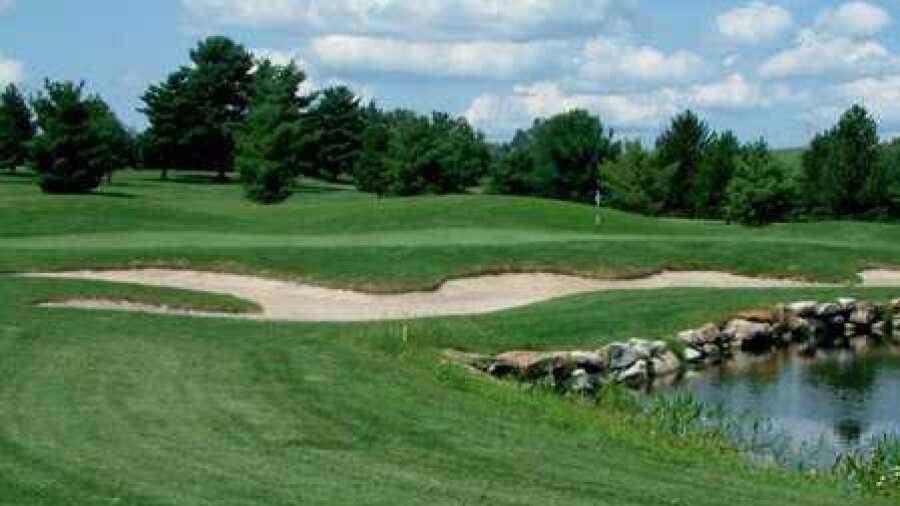 A view of a green from Tom's Run at Chestnut Ridge Golf Resort & Conference Center.

The past few reviews I've read of this course gave negative thoughts, but I had a great time here. Staff was friendly and helpful as we paid and went to the first tee, and price was very fair. Course conditions were good, especially for late in the year. Tee boxes and greens were steady and lush, fairways were cut well, and there were a few employees out maintaining the course.

While Chestnut Ridge plays shorter and easier than its counterpart Tom's Run, it still offers a variety of challenges to make the round interesting. There are several par-3s of various lengths, a par-5 on the back with several strategy options, and a few water hazards scattered across the course.

As for some other elements, I also have nothing but positives to say. The trees and views on this course are beautiful. The amenities and restaurants are nice, and it's a shame they can't use more of them at the moment. I highly recommend this course, especially more so than Tom's Run.

Used to be a gem, very sad.

I’ve played this course 20 years ago and adored it. Have always wanted to come back, though the experience left me saddened by the condition of this former gem. I took my 15 yr old son, and couldn’t wait for him to see the course.

When we arrived, there was no one at the carts to help or point out the way to the somewhat difficult to find clubhouse. We finally found our way, pad the staff, were given a receipt, and were given no further instructions about where to go, who to see, etc.

The putting green alone should have given us an indication of how our day would go. Burnt out with holes in the grass, areas where crabgrasses had grown. I’m not a professional golfer, so I do not expect plush conditions by any means, but this was the single worst practice green I have ever seen by far.

As for the course, I can’t hold the place responsible for the nearly 6 hour round we played while watching what appeared to be the end of a private outing, although I would have expected some presence of a ranger on the course to help direct and speed up play. Folks wrestling w each other on the tees and greens, driving the cart right into the fringes of the greens..... all while we caught them by the second hole after starting at a tee time 40 minutes after their last group. Waited behind the tees for 5-10 minutes every single hole, and by the end had three groups behind us in line waiting for a turn at the tees.

The course, however, was the saddest part of the whole experience. Greens that were so rough and pockmarked that there was no semblance of a true roll to them that could be “read” by any conventional use of the term. Crabgrass and weeds on the fringes of the greens. Fairways that were so burnt out that many times we were hitting off of straight up dirt. It truly looked like it hadn’t rained or hadn’t been irrigated for the entirety of the summer. Living locally in western PA, I can assure you that the rain has not been a problem for the last two years. Bunkers were like concrete, impossible to hit a ball from, though most times was not an issue as the ball ran through or straight up bounced out of a lot of them.

In the end, I was extremely saddened to have come back and experienced this course that left such lasting memories long ago. It is in sad need of TLC, and not sure how they have let it get into such bad shape in such a short period of time. I am sad to say that I returned to the course only to have my memories of an amazing course replaced by those of a course that I cannot say I will have any desire to return to.....

Most frustrating round in my life

I played this course for my first time at the recommendation of a friend on 9/16/17. This was the most frustrating round of my entire life...and not due to my own game. There was a group of 24 players who booked tee times between 9:30am-10:50am. The pace of play from these groups was the slowest I have ever experienced. On the front 9, we asked the ranger on two separate occasions to ask them to pick up the pace a little. He confirmed that he would, and then would drive right past the groups. The threesome behind us even called the clubhouse on multiple occasions to ask them to speed up.

Their pace was not due to being below average golfers. It was strictly due to the fact that they were too preoccupied with literally wrestling each other on several greens and hailing the beer cart girl every hole possible.

My group and the group behind us ended up waiting 15 minutes minimum on each tee box. Waiting to hit our approach shots was even more infuriating, as we watched the group ahead of us wrestle each other to the ground.

After the round, we even entered the clubhouse to complain, which is a rare occurrence for any of us as we understand the pace of play is sometimes slower. However, management and the rangers did absolutely nothing to alleviate the situation. It took a total of nearly six hours to finish our round (as a twosome).

If I were to recommend this course to anyone, management must address several issues that were stated prior. The course itself is great and offers several challenges, yet the entire day was extremely disappointing. I understand groups of friends want to have fun and mess around on the course, but this experience was incredibly disappointing.

Good shape. Leaves not bad. Paid twice as much as our playing partners and the booked on golfnow as well. Not sure how that happened???

Course was in great shape. Some leaves but to be expected. Took an early (9:00)tee time and finished in about 3 hours.
Only one negative was on the back 9, one green near the pond/lake was covered with duck p...!

But for the leaves - it was great

The leaves on the early holes slowed down play - but after we got into the open things really picked up. I really enjoyed the course and look forward to playing again

Course has really gone down hill

Played this course about 10 years ago and it was in great shape. They have really let it go. Not even considering that they charged full rate despite the greens recently being aerated, the conditions were bad.

Greens were obviously bad in addition to the aeration. Fairways were awful and there were weeds in the bunkers.

Very nice course, but I have seen the conditions much better in the past

It was a great day. My brother and i thought the course was in great shape. The weather could not have better. The layout was nice with great views. Some of the holes were challenging with water and sand while others were quite easy making for a good round. i will play this course again.

The fairways could of been swept up from the clumps of grass from cutting them.Drainage isn't bad. Good greens. Leaves could be sucks up more often. Best view of the mountains in Pennsylvania.

I know it sounds like I'm bashing this course but in reality I really enjoy playing here. Friendly staff. Good food. I'm just hoping the Pro or higher ups will read this to know what needs caught up work wise.

I play 2 to 3 days a week at various courses. This is Def one of my most favorite. Electric carts are a plus and as dumb as it sounds it's nice the course has a food cart that comes around because 80 percent of the courses in PA dont.

The course was in fair condition. I know you have to arriate the greens and fairways but when you do you shouldn't charge full price. I didn't think it was worth the $44 to play today, there was so much water in the fairways you couldn't take a divot or it turned into a all out chunk shot. And when you water keep track of where everyone is, we had to drive through sprinklers on 3&4!

My brother and I played Tom's Run which is a very nice course however, I don't know who's idea it was to let 8 people play together 3 groups ahead of us which we caught before the front nine was even finished, I've played here before and always have seen a ranger same with Chestnut Ridge but yesterday we didn't see one, it took us almost 5 hrs to play 18 holes which is absolutely ridiculous!! I'm not a scratch golfer by any means but I don't play slow or hold anyone up and let people play thru when I'm holding them up!!

Overall this is a great deal for a great course. Unfortunately due to the current weather conditions that we have been having in the area the course was rather dry. There were several spots where the grass was so dry/dead that you were hitting off of the dirt. Hopefully we get some rain soon to help with this.

Worst conditions have ever seen at this course

Have played this course numerous times, used to be a gem, not sure what is going on. Numerous traps had no sand and rocks the size of your head, clover and weeds in rough around greens. I know it has been a wet summer but conditions are not up to par, at $60, not worth playing too many other courses in W. PA to play that are in better shape for half the price

Course was in excellent condition. Perfect mix of challenging and forgiving holes. Best course in the area and Hot Deals on Golfnow (~$30) make it an absolute no brainer to book a round. Both courses are a must play, but Tom's is slightly more challenging from a strategic standpoint

6+ hour round caused by a scramble. Brutal. I would comment on the marshals, but I've never seen one here. At least we finished. Not sure about the 8 groups behind us that probably ran out of light. Course was just ok with amount of rain lately

Only negative for the course was that many of the bunkers were being eliminated/refurbished and marked as ground under repair. Beautiful day beautiful course, made a bad day scoring for me still very enjoyable!

This is an awesome course. Even with a high slope rating, the course is playable for all skill levels. I am just surprised that a Resort/stay and play does not have coolers for the carts. I bought a $15 six pack and was given a plastic bag filled with ice that melted before finished round. This course does not turn at clubhouse so had to go without ice.

From the white tees 5900+. Nice test of golf. Greens were in excellent condition.

Tom's Run is a must play

Loved the course. Conditions are top notch. Two beverage carts out was very nice. Pace of play could've been better, otherwise it was a great