Tucked within a coastal valley surrounded by the Topa Topa Mountains, the Ojai Valley Inn is an escape from it all, located just 14 miles from Pacific Ocean and 30 miles southeast of Santa Barbara. Its amenities are unique, a 31,000-square-foot spa village, an artist cottage and apothecary, a beekeeping experience, seven eateries, multiple pools and a scenic and playable golf course that has hosted pros and celebrities alike. Ojai was the venue for seven PGA Tour Champions events starting in the late 1980s. 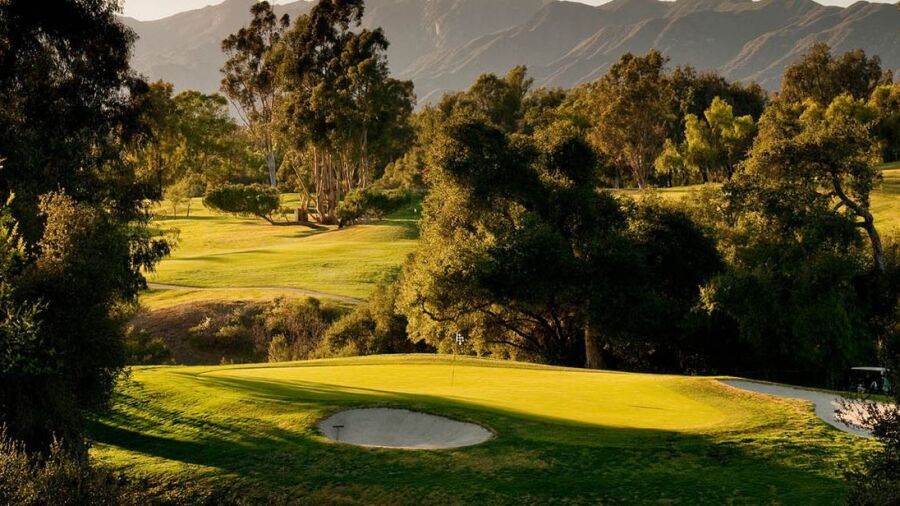 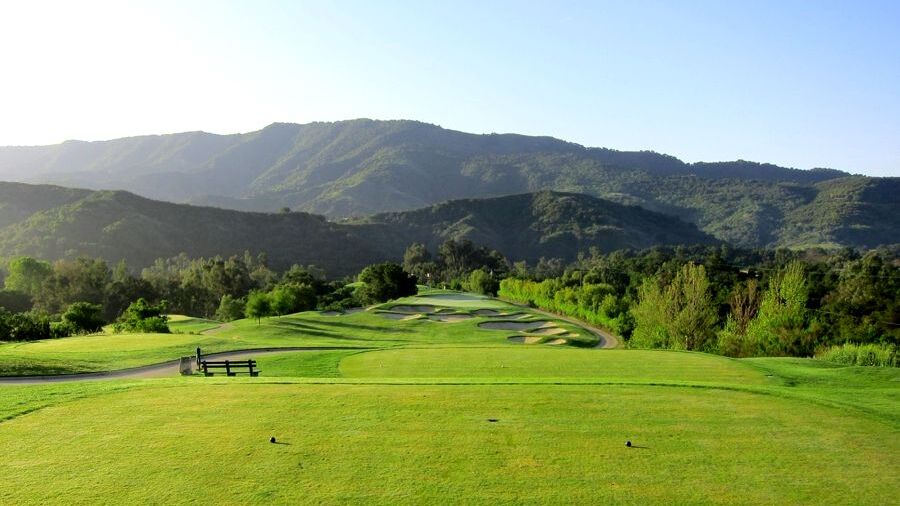 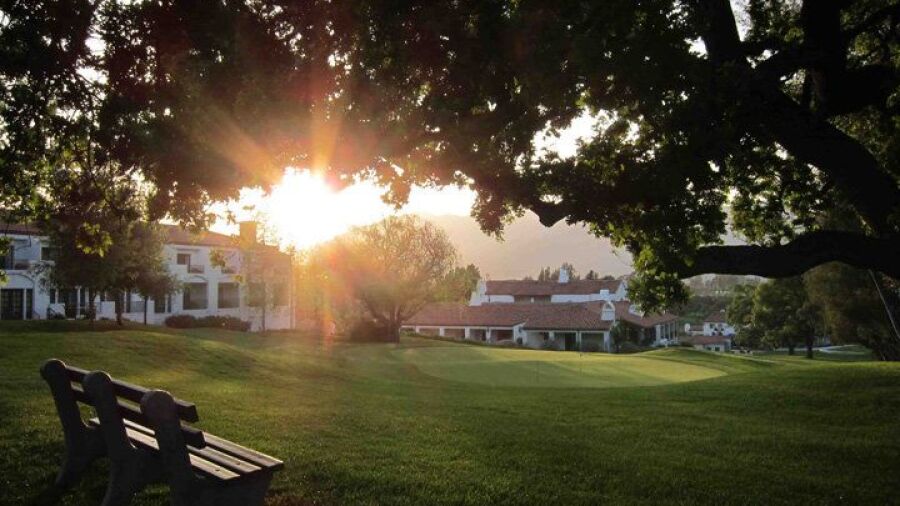 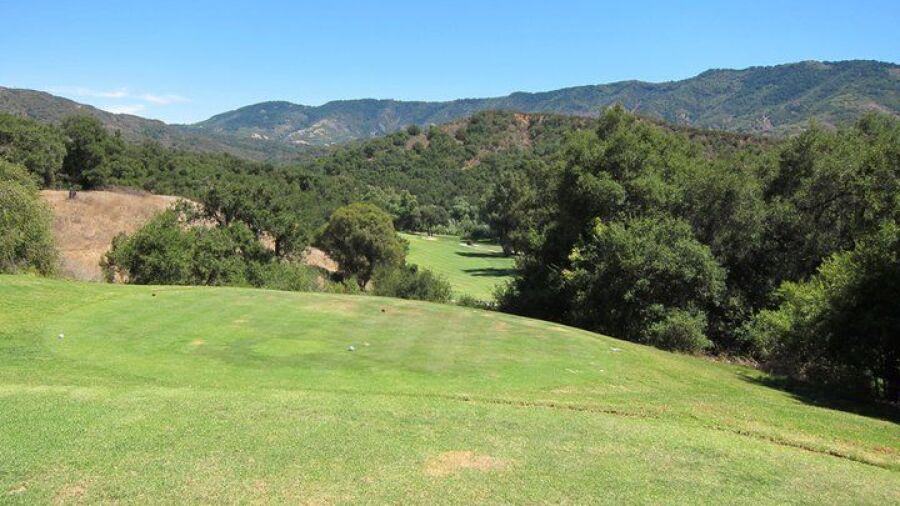 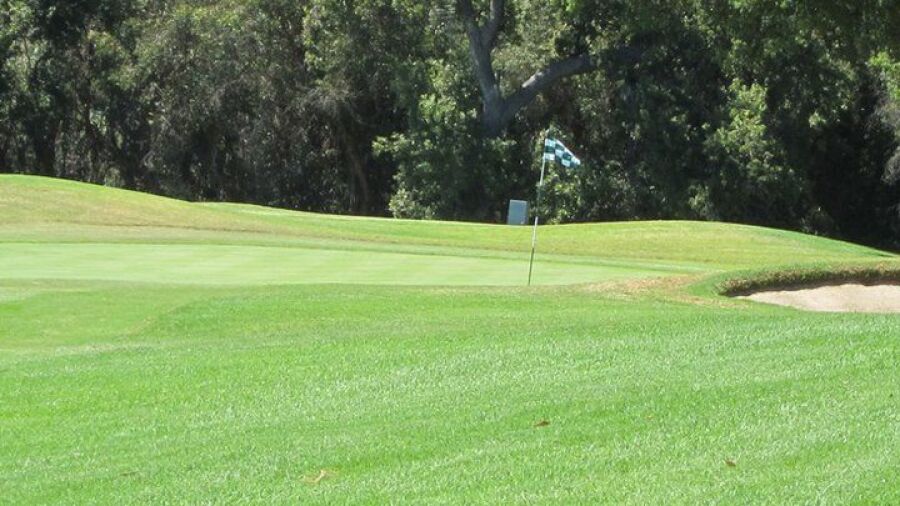 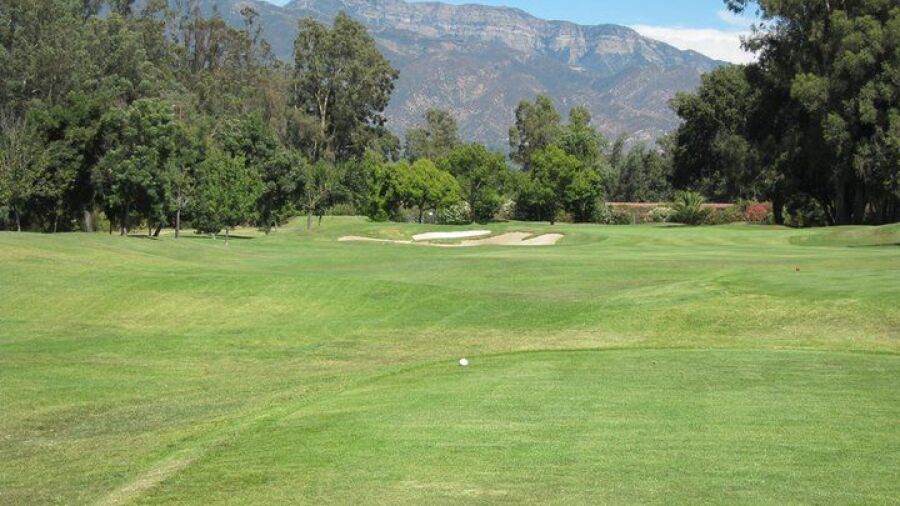 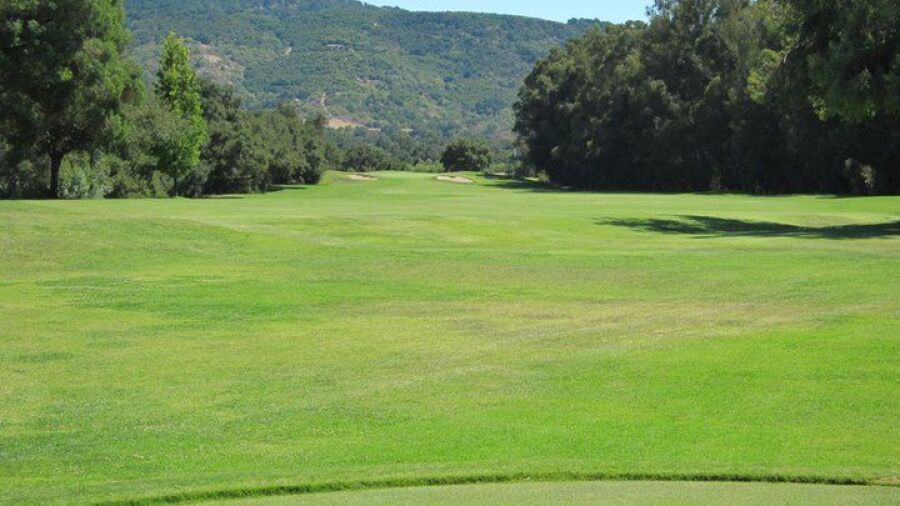 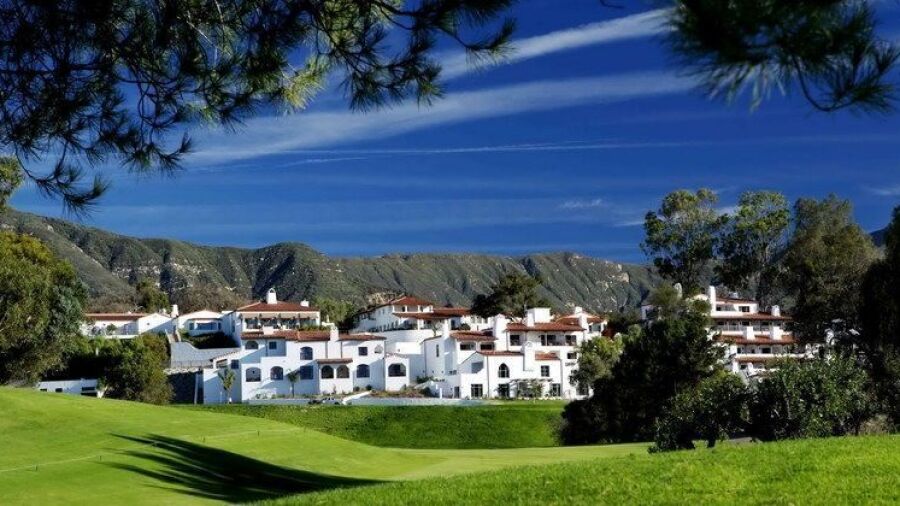 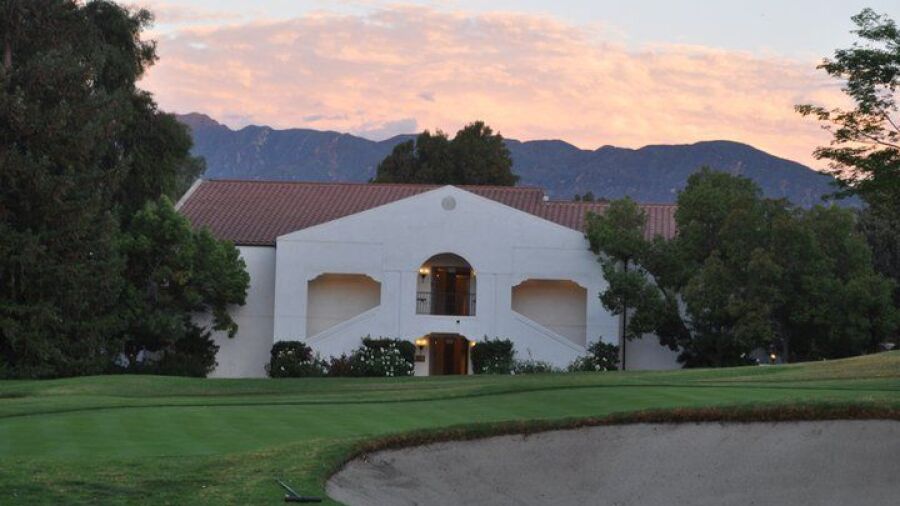 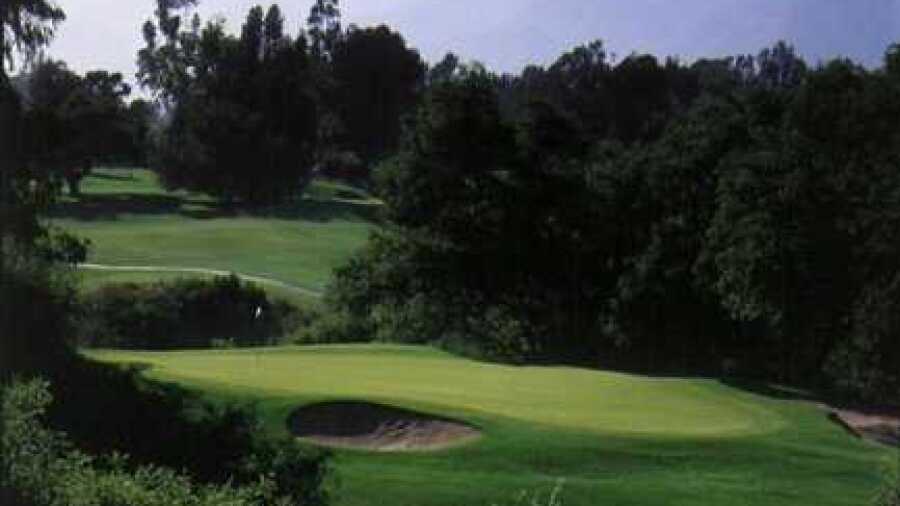 The Ojai Valley Inn & Spa is a true California classic

Some good, some very bad

While the staff is friendly, the service was embarrassing at the turn...I purchased some beverages for the back 9 (it was a very hot day) and asked for a bag of ice for them...They gave me a SMALL PAPER BAG with about 10 small ice cubes..weird...
I have never seen greens in worse condition than this place..and I’m talking the worst greens I’ve ever seen.
This course is pretty expensive especially compared to Soule Park right next door which is very inexpensive and very well kept (and super fun)...
I’m sorry but I was very disappointed with Ojai Valley golf. Just not worth it. Lesson learned

This was my first time playing the course. It was absolutely beautiful. One thing I did not do is check the weather and was not prepared for the temperature in the triple digits(106-109 F degrees). I will definitely play again in the cooler season.

Chiming in on the Greens, and Current course conditions

As others have noted, the greens are rough, including several on the front nine that are almost unplayable. They've been given a "skin graft" of new turf and it hasn't grown in yet. All of the greens, including the seemingly less infected or unaffected ones on the back nine, are much slower than normal, likely because of a recent top dressing and run-over with that machine that cuts the turf for maintenance. So I would have been bummed if I had paid anywhere near full price for my round. This issue will likely be resolved over time as they are obviously trying to fix them.

This the first time I'd played the course in almost 20 years. I had remembered it as a classic test of golf in fine condition. As of now, be it Covid or other issues, that isn't really the case. On the plus side, I was the only one on the front nine when I played - literally only me, one person. So having a beautiful course to oneself in beautiful Ojai on a Summer's day was pretty ideal. Maybe cashflow has something to do with the not tip-top condition. Not sure why they wouldn't reduce rates to encourage more play. Twice as many people paying half as much is the same, isn't it? Maybe they want to keep people off while it heals.

The fairways and surroundings, while certainly adequate, were not as lush and nice as I remembered. Seemed to be watering less. The front nine has many short holes with blind shots over various ravines to small greens. Didn't like it as much as I remembered. The back nine has about six outstanding holes - some of the nicest in Socal for interest, design, and scenic beauty. They obviously were done at a later time by a different architect than the front. I could have spent all day on the back. In general, the design retains some of its historic interest, but the course layout, in terms of rough, trees, traps, obstacles etc. seems to have been dumbed down a little for resort players.

I drove up to Ojai as an end-of-summer treat. While I was disappointed in the conditions, the fact that I was basically out there by myself in beautiful Ojai, cart and all the free range balls you can hit (off grass) included, made it still a great day.

Greens are in rough shape. They know, and are working on it.

Things happen, I get that, but to not be transparent about it is UNACCEPTABLE!

When I arrived at the course and dropped my bag off, no notice about course conditions being poor. When I went to the pro shop and paid for my round, no conversation by staff about poor course conditions.

When I was putting my clubs on the cart, someone came up and complained to the starter about the greens. When I inquired as to what was wrong, I was then told that the greens were damaged due to unforseen issues while spraying them. It's likely that two to three greens will need to be totally replaced.

Why wasn't I informed about this before I paid for my round!? Because they were afraid I would not pay to play. This is just poor customer service! I will not play there again. They are dishonest.

The greens were the worst I’ve ever played in 30 years. The sad thing is that they know people will come there but they’re advised by management not to let them know upon booking the status of the greens. The greens are in the worst shape ever they should not even allow people to play on them. And the rate is not worth it at all with the greens in that condition.

Don’t play until “greens” are fixed. I grew up in Ojai, played it today (8-8) with my Dad and Brother who have played it multiple times and we’ve never seen anything close to this terrible of conditions. There’s mud, holes, dead grass, visible sod patches with bumpy seams on probably 15 of 18 greens. Great resort, great service, generally a beautiful course but not now unfortunately.

This venerable old classic course has always been a nice once in a while mix into the year. Although redesigned over the years, the original Thomas design dominates. Small greens, sloped back to front carefully protectd by bunkers. The course plays up and down, so many elevated ted shots and greens.

Unfortunately, the wonderful design, nice staff and lovely setting were ruined by the dark cloud of severely damaged greens. Really, they are unplayable and in normal times, the resort should close and rebuild a solid 8 or 9 of them. Some sort of fungus damage has 30-60% of many surfaces utterly lacking any grass. Chipshots would kick sideways when the ball landed in the holes and putting was really just a joke. Auto two-putt rule is required

The greens are all burned out ! To charge even more to cover their Covid is ridiculous!

I love the Ojai Valley course but the greens are all burned out !
They are charging more on their rates to make up for Covid-19 ! They should reduce them in half
or at least instruct the player the greens are in disarray!!
I’ll be happy to come back in a couple of months but the course will have to heal first !!

Don't play until greens are healed

Fantastic course, I've played it many times. Unfortunately the greens are suffering from disease and most are unplayable. I wouldn't play for free right now with the greens in this condition.

Greens were a disaster

Beautiful golf gourse but the conditions of the greens, particularly, on the front 9, were in the worst condition of any greens I've ever played. The course should have made this clear before asking for the high-end grens fees they charge. Hate to leave a negative review but this was unacceptable.

Greens were terrible and no one let the players know

They have no putting greens at all! The one in front of JImmys Pub is history .. the other is closed big problems .The front nine there are 5 greens with issues thee rest are super slow and very wet we had to take a two putt rule under these conditions. Too bad as they had some of the best greens in the County.

Greens are in horrible shape right now and not worth the money. Great course they let go to crap.

Greens are a mess

Amazing course in a fantastic location. Unfortunately, right now the greens have a fungus and are in horrible condition. Really horrible. Not worth playing right now if you’re a serious golfer. Great resort for spa and other stuff though.

This course has a challenging layout . To bad the 6th and 8th green had some sort damage where they had to patch grass back onto it. The rest of the greens have bald spots which makes the ball bounce over the green surface when putting.

This is a great resort golf course. I had a blast. The front nine is very different than the back nine. The front is more of a links style of course, while the back is wide-open, very much a resort golf feel. The greens were in terrible conditions on a couple of the holes on the front nine. Other then that, I thoroughly enjoyed playing this course.