Has cooked for presidents and icons in the entertainment industry 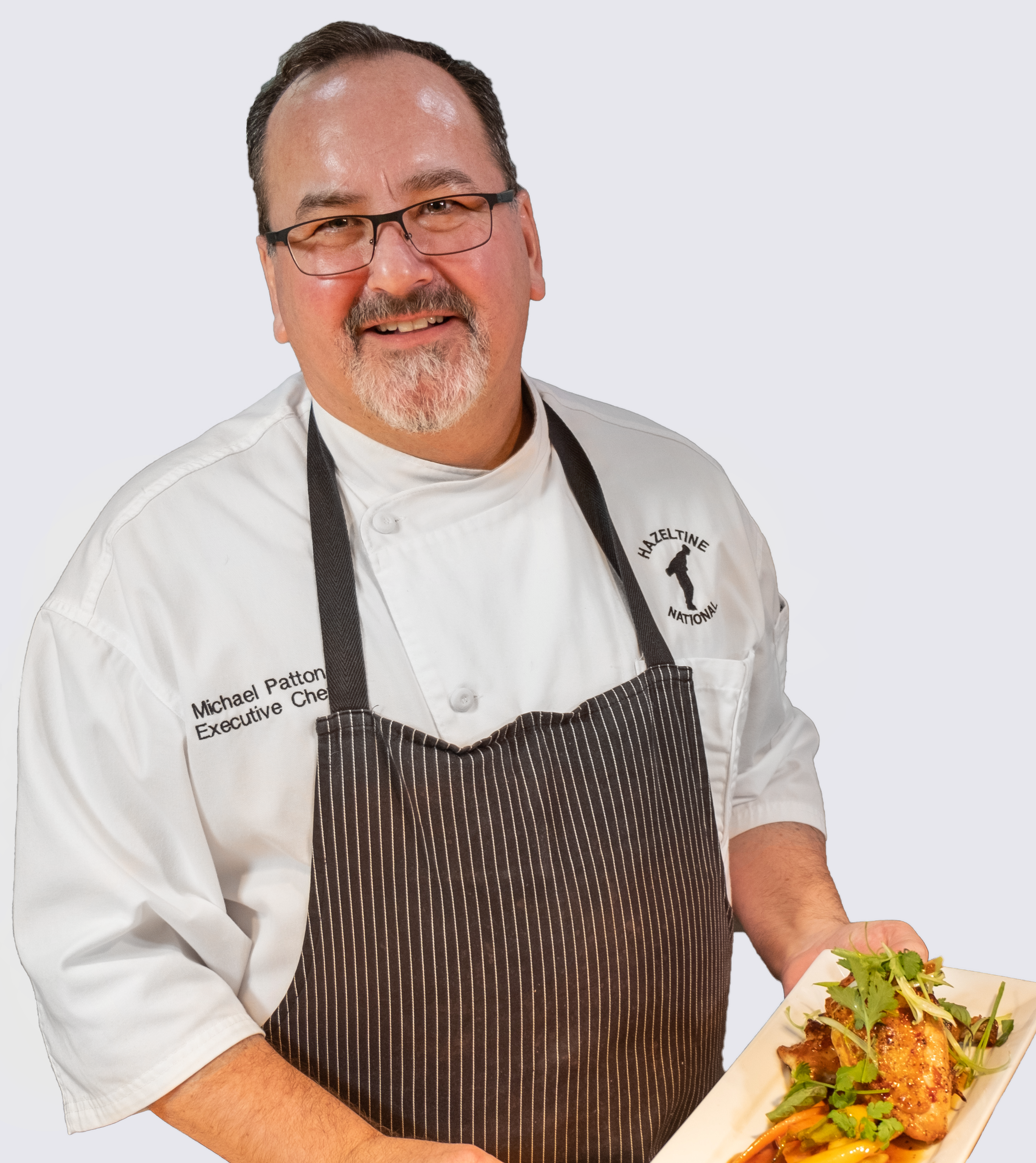 Get to Know Michael

Chef Michael Patton is no stranger to running an upscale kitchen. In his 30-year career, he's cooked for presidents, political dignitaries and iconic individuals in the entertainment industry. But it isn't exotic dishes or flashy finishes that keep people coming back for more. Instead, his reputation lies in delivering delicious, classic meals with a focus on preparation and execution.

He doesn't do trends and he’s not a follower. Trends come and go; good cooking and good principles never go out of style. Michael embraces hospitality in its truest form and treats every meal like it’s prepared in his home.

Michael wants to cook the way people have always cooked, which is by using what's available locally during any given season. His style embraces and encourages the use of seasonal products. He has a profound respect for our nation’s farmers, ranchers and fishermen. He feels it’s his responsibility to showcase their efforts and products. Michael is also an avid gardener and he plans to bring that passion and skill to the culinary program at Hazeltine. Paired with Hazeltine member Mrs. McHugh and others, Michael is excited to continuously develop the estate’s grown foods.

Rather than scrapping old favorites or giving up on his fresh dish dreams, Chef Patton plans to give members choices. He understands that some may want comforting meals while others desire the option to try something new. His ultimate goal is to carry on the traditions that Hazeltine strives for, on and off the golf course.

Hazeltine's team environment, and their focus on delivering the best possible experience to members, is one of the many things Chef Michael is excited about in his new position. Chef Patton raves about Hazeltine's reputation for putting members first, and he's excited about the role his food plays in delivering an experience to each and every person who walks through the doors. He is extremely encouraged and optimistic about the future of the Hazeltine culinary program as he joined a team with an enormous amount of talent.
Whether it's his humble personality or his faith in his team, one thing that is certain is that you'll be seeing more of Chef's teammates. He has a goal to help members see the many faces behind the menu. It isn't just one individual creating this dining experience; it's a talented group of individuals.

It's not just about having a great golf course or serving good food; it's how everything comes together as a whole that creates that experience. It's not about what he’s done before or who he’s cooked for. The only thing that matters is what he’s doing now. The members are the focus, and he cooks for them in the exact same way and with the same attention to detail that he has used for every other person who's come into his dining room.

One of the major attributes of Chef Michael’s success has been his support system outside of Hazeltine. Michael has been married for 18 happy years to his lovely and supporting wife, Ann. Together they have a son, Reyn, who is 17 years old and off to college next year. Both his marriage and fatherhood have helped build patience and elevate his teamwork skills in the kitchen. Michael’s philosophy to be a good leader is to be a good listener. He uses that to connect with people for who they are and what their palates enjoy. Embracing his role and skill set has driven Michael’s passion for cooking