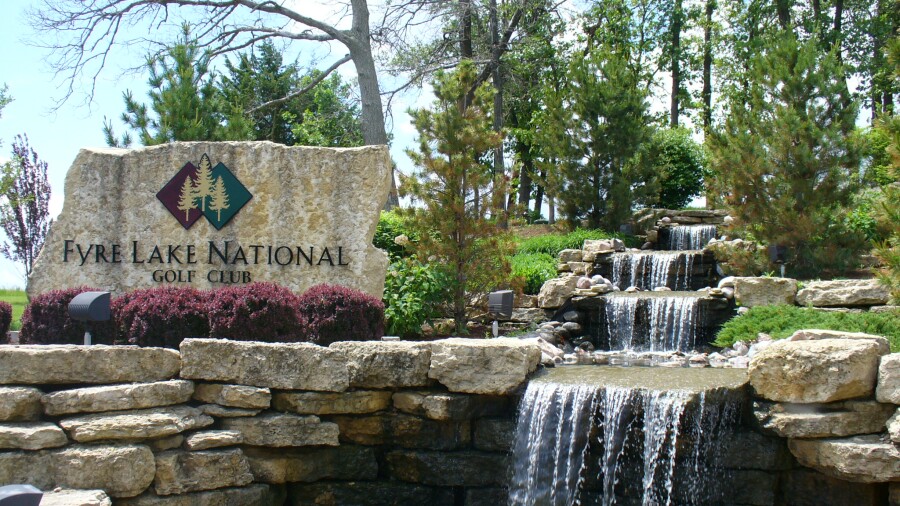 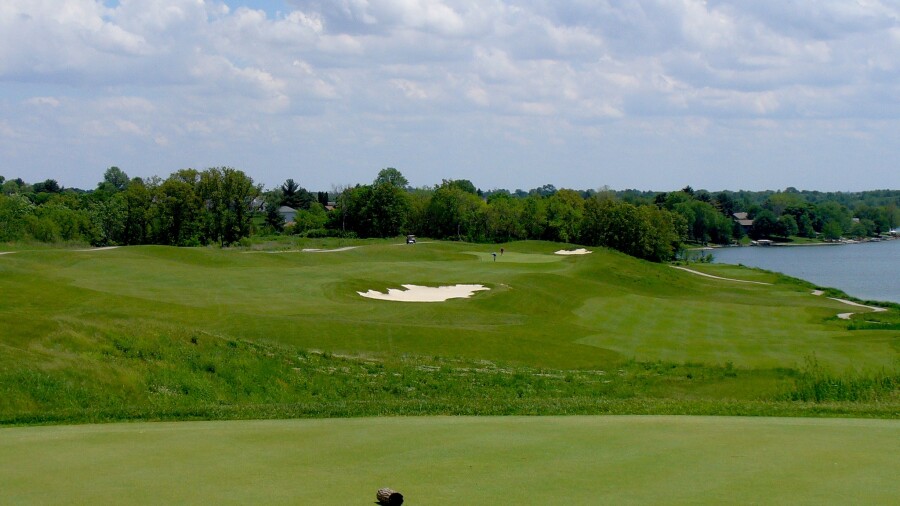 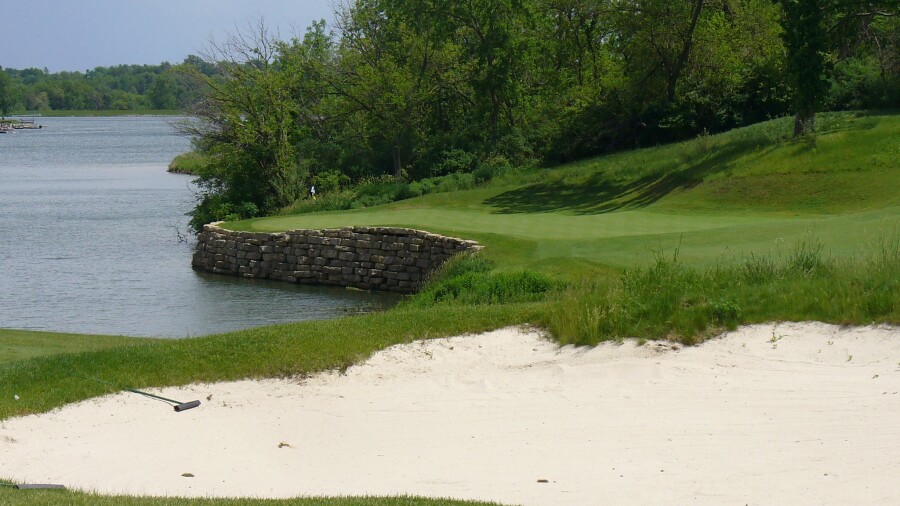 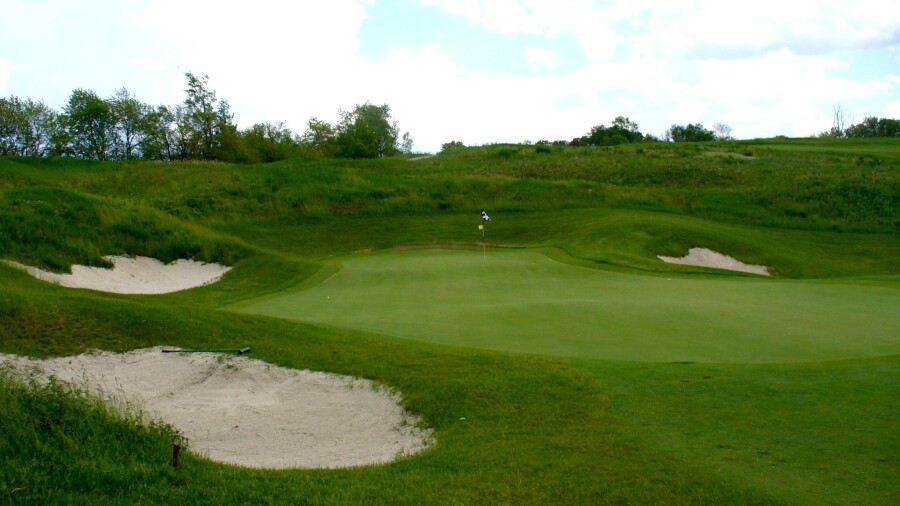 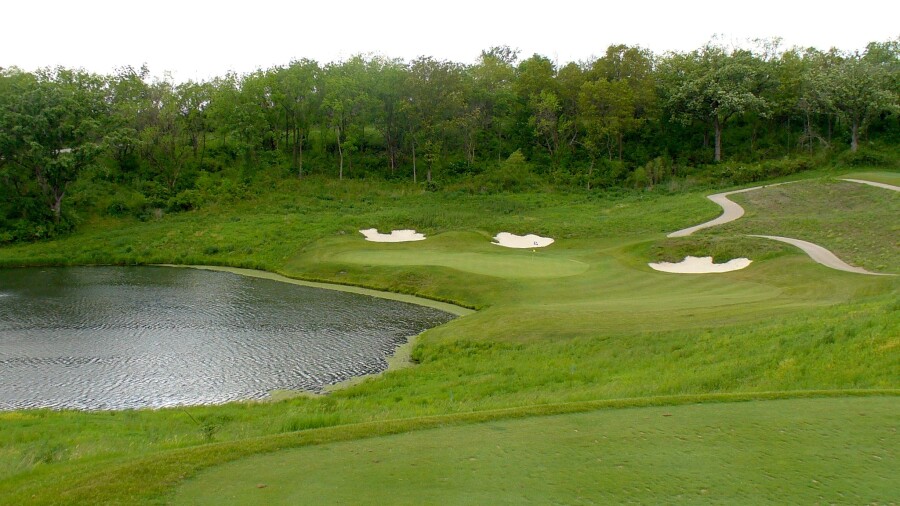 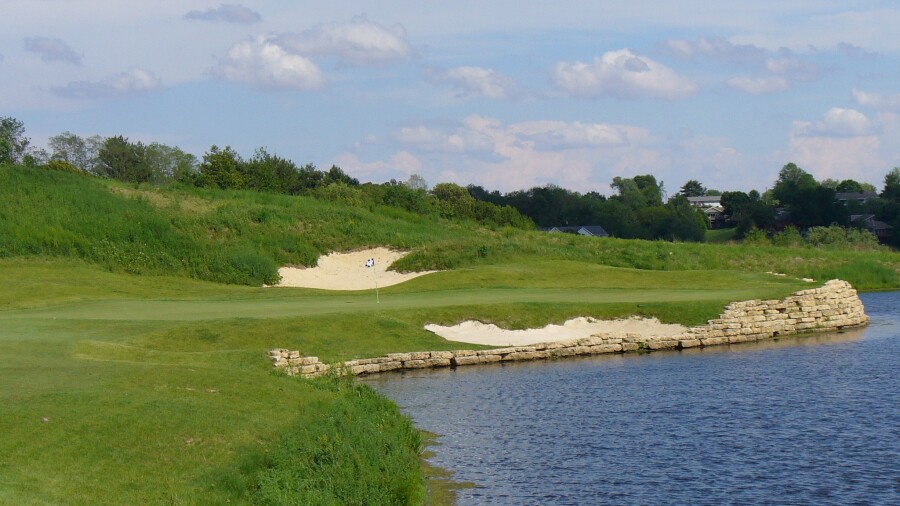 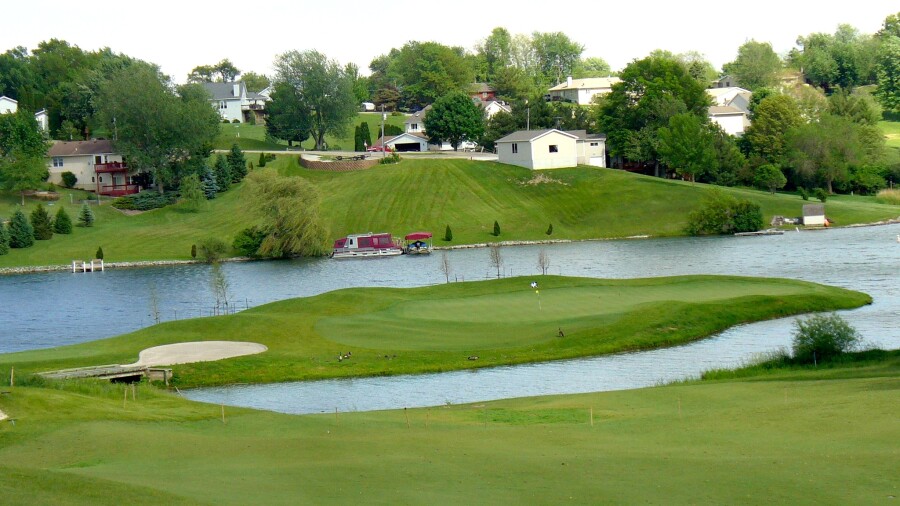 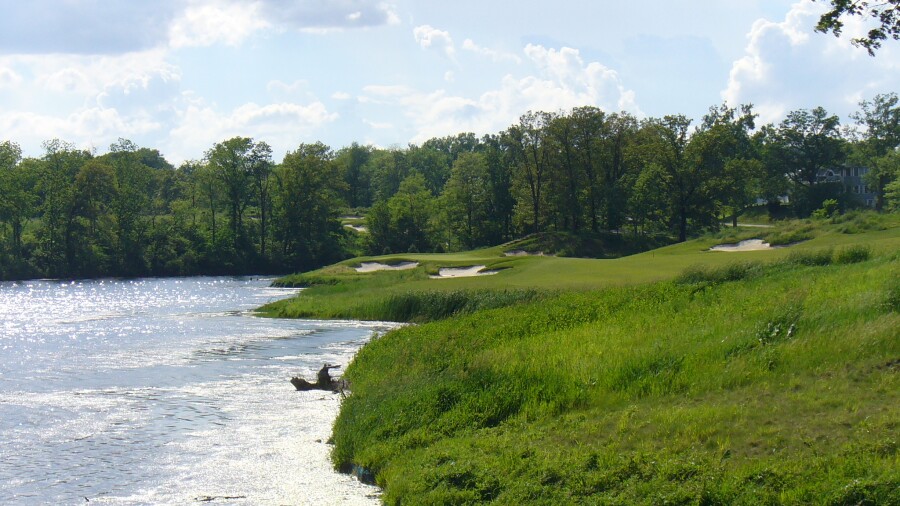 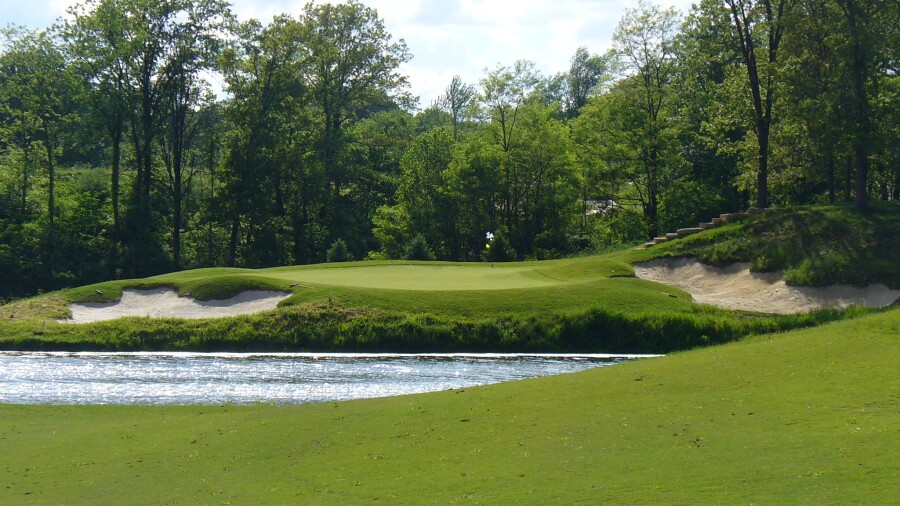 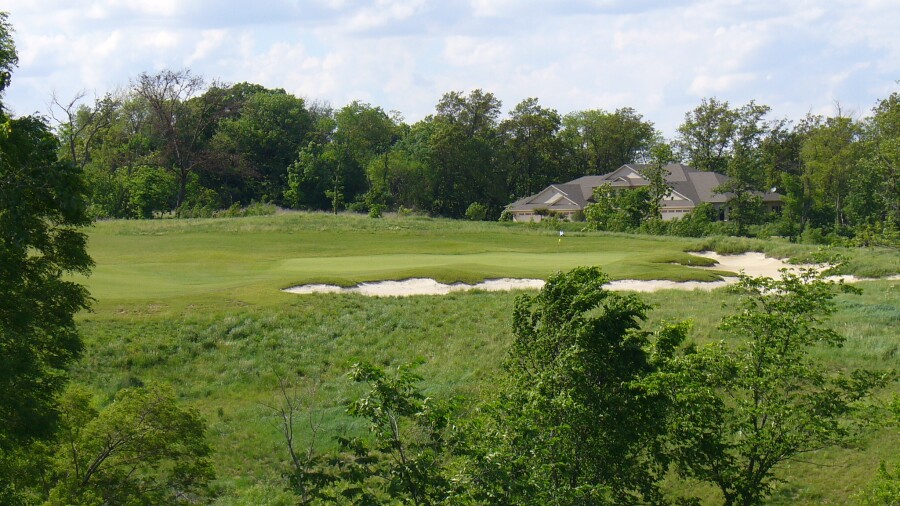 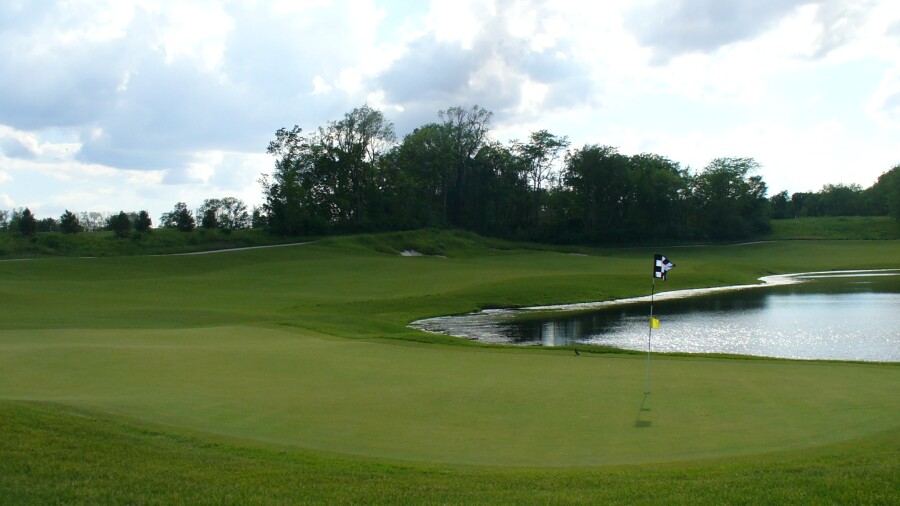 10 of 11
Fyre Lake Golf Club - hole 18
The closing hole at Fyre Lake Golf Club is a 424-yard cape hole that tempts you to try to cut off part of the lake. (Here's a tip: If the wind is into you, don't even try!) Kiel Christianson/Golf Advisor
11 Images

It's been a long, strange journey, but Fyre Lake Golf Club in Sherrard, just outside the Quad Cities, is open for business.

Although ground was actually broken for the Nicklaus Design course several years ago, ownership woes and a historic national economic collapse delayed the opening until April 2013. The course even sat fallow for a few years, finished but closed to play.

The unique layout may have struggled to come to fruition, but it will not have any trouble capturing players' attention and imagination. At just 6,505 yards from the tips -- and an apparently underwhelming 5,945 yards from the regular members' tees -- length is not the primary defense. Rather, uneven lies, tucked greens guarded by the lake, deceiving yardages and ever-present prevailing winds conspire to make Fyre Lake Golf Club feel about 500 yards longer that it says on the scorecard.

Amenities are also coming online, including a large practice area, lessons and leagues. The clubhouse is still temporary, but nevertheless offers a great view of the course from its deck.

Oh, and if you have an "in" with a local homeowner, you might be able to hook one of the 50-plus-inch muskies that cruise the waters of Fyre Lake. There might even be more fish in the narrow but deep lake than there are golf balls -- for now.

Kiel Christianson
Kiel Christianson has lived, worked, traveled and golfed extensively on three continents. As senior writer and equipment editor for WorldGolf.com, he has reviewed courses, resorts, and golf academies from California to Ireland, including his home course, Lake of the Woods G.C. in Mahomet, Ill. Read his golf blog here and follow him on Twitter @GolfWriterKiel.
Latest Popular Content