The French Lick Resort is one of golf’s most historic, and esteemed, resorts. It embraces the natural beauty of the Hoosier National Forest in southern Indiana. Guests will have a tough decision choosing where to stay among the 757 guest rooms and suites of The French Lick Springs Hotel (listed on the National Register of Historic Places), the West Baden Springs Hotel (a National Historic Landmark) or the newer Valley Tower (opened in 2019). There are 45 holes of golf, a Callaway Fitting Studio, two spas, a casino, horseback riding, kids’ activities and endless meeting space. The Pete Dye course, host of numerous tournaments, ranks among the most scenic and demanding courses in the country. The classic Donald Ross course provides a nice complement. Beyond the game, there’s seven dining options; an activities center with tennis, pickleball and basketball courts; a bowling alley; arcade; fitness center and outdoor/indoor pools. 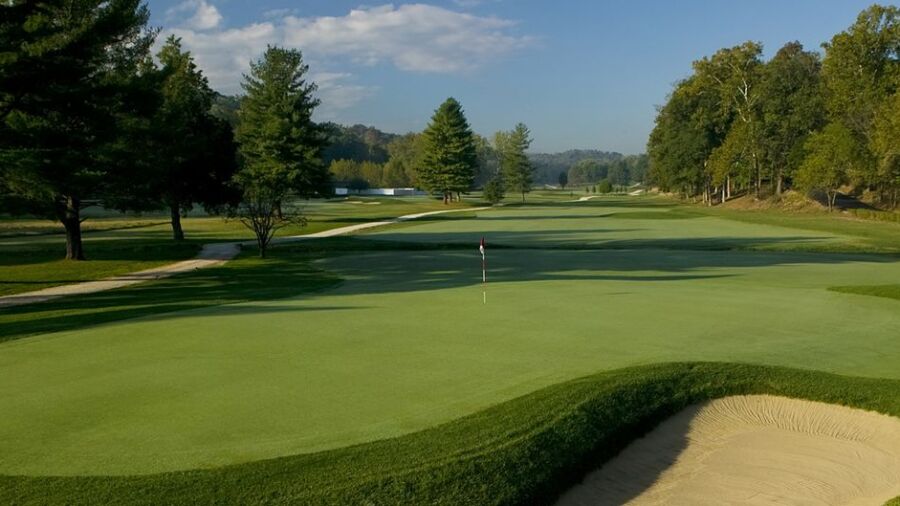 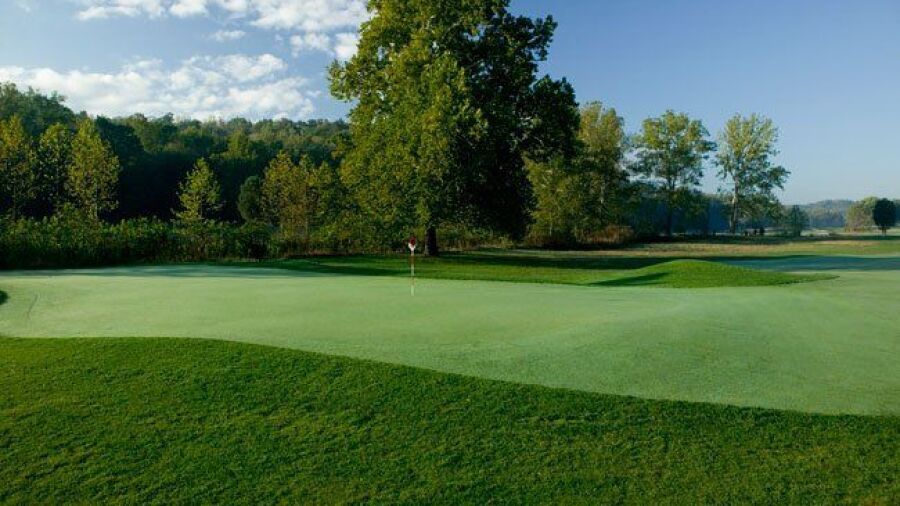 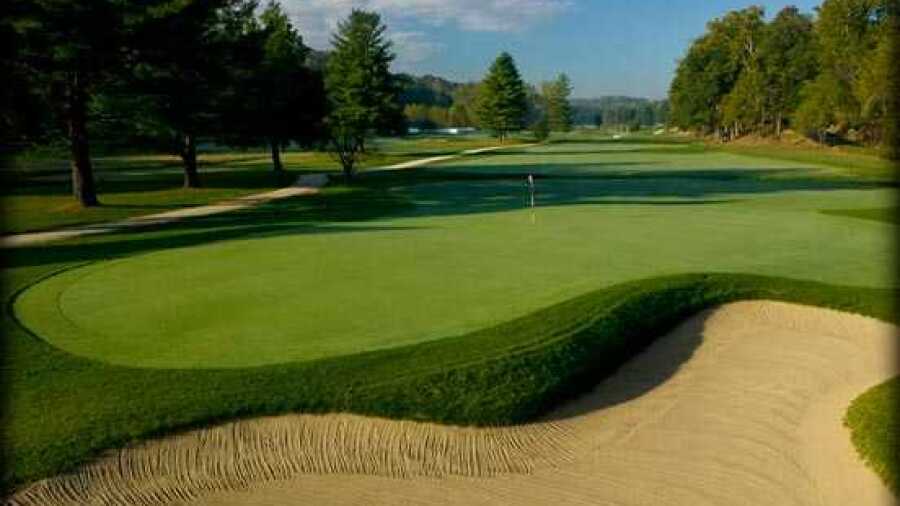 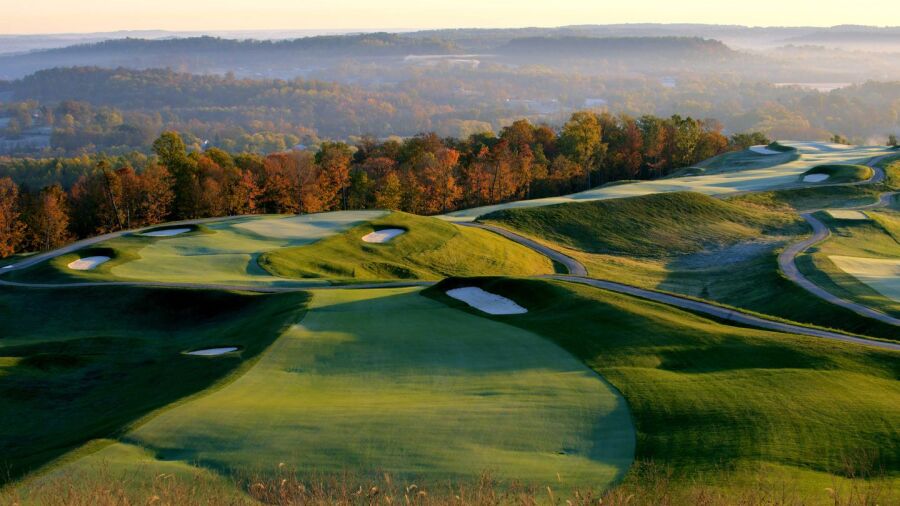 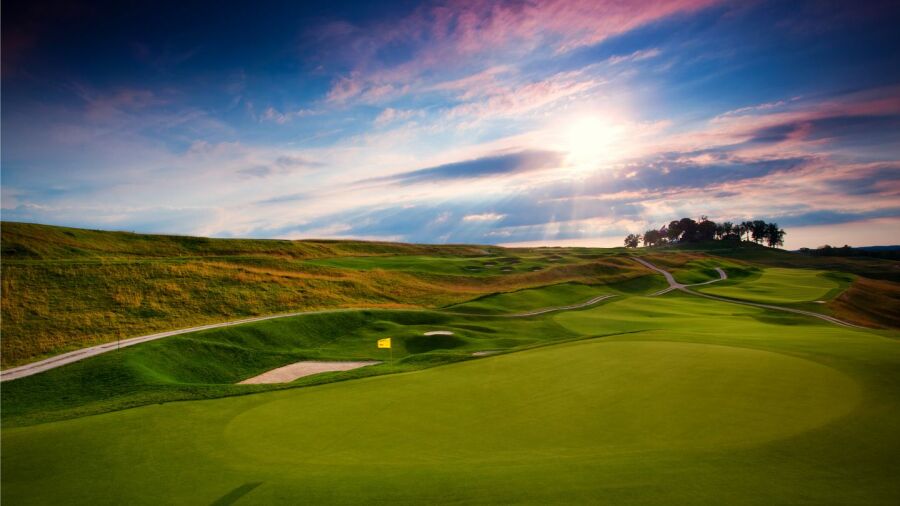 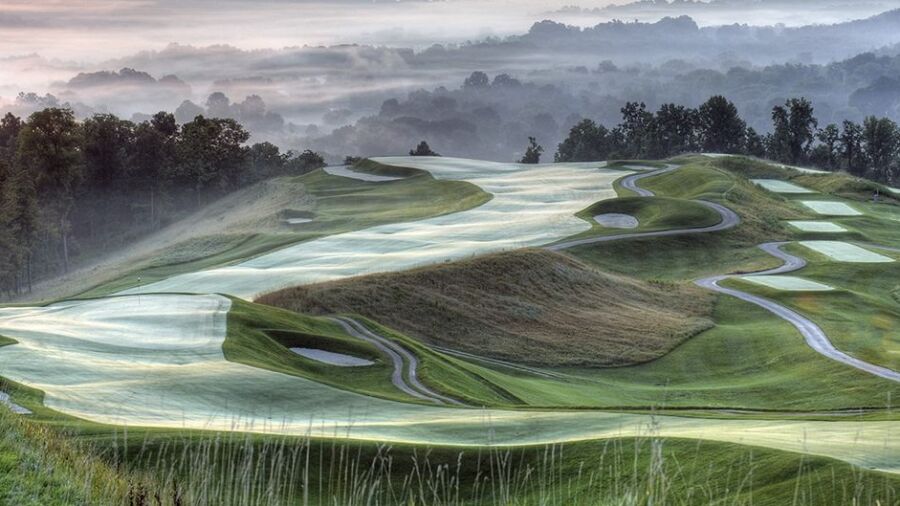 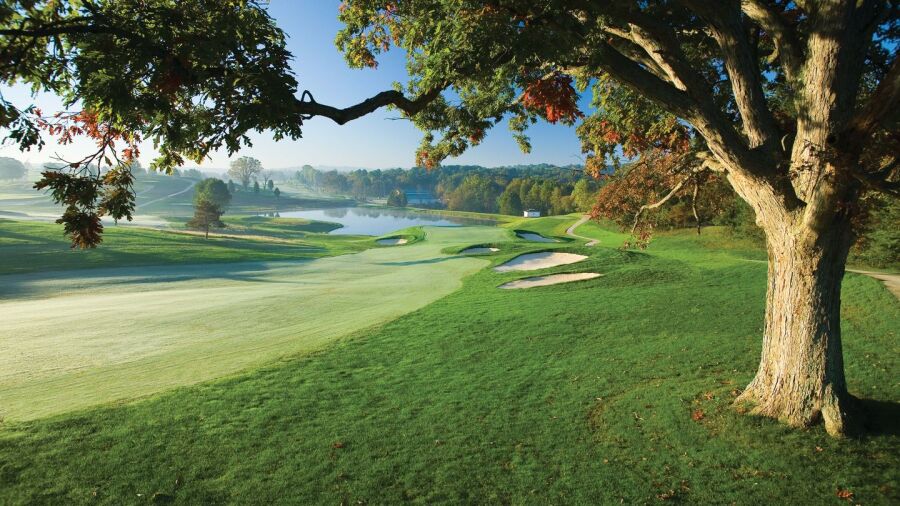 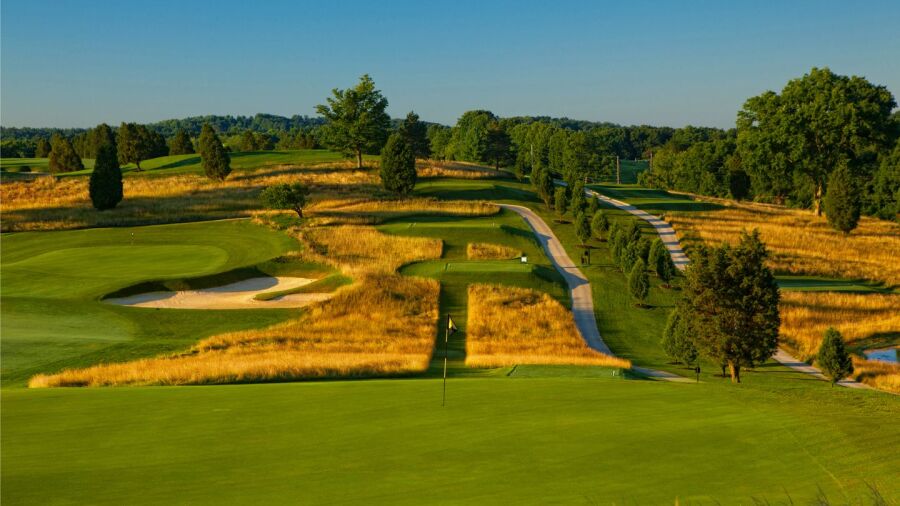 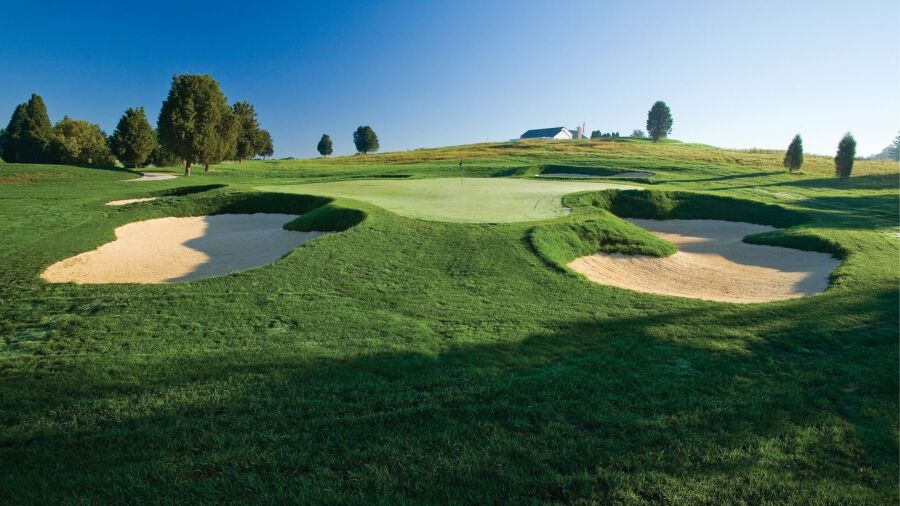 View from the Donald Ross Course at French Lick Resort 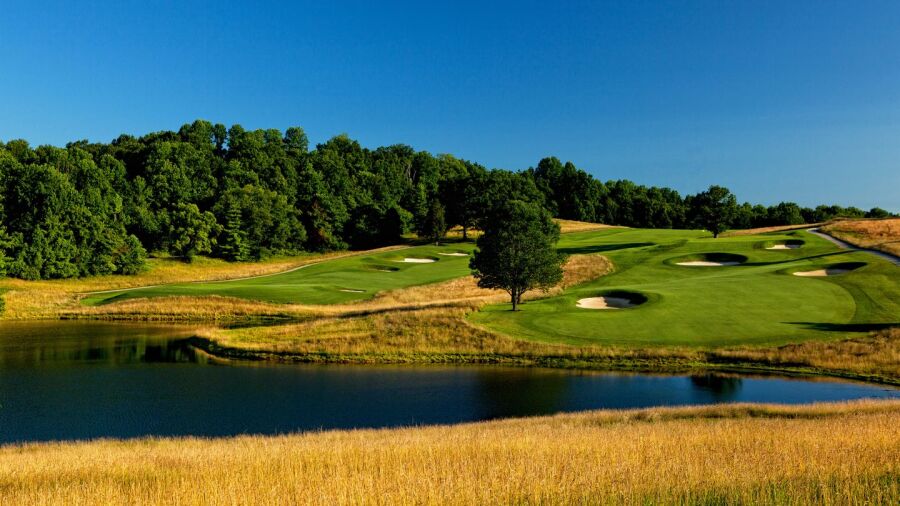 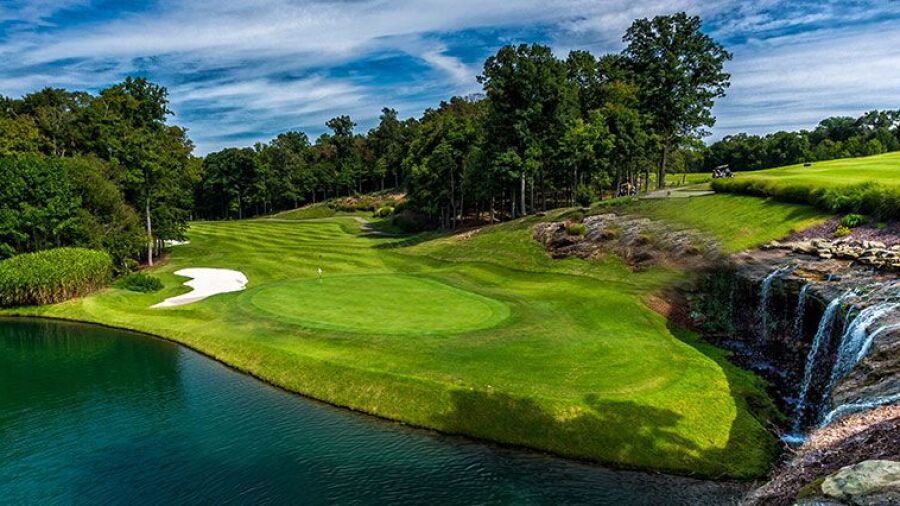 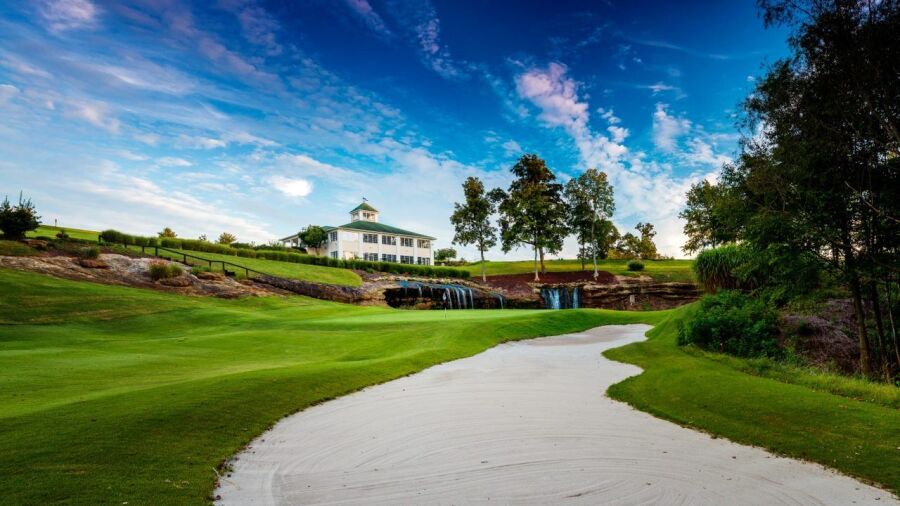 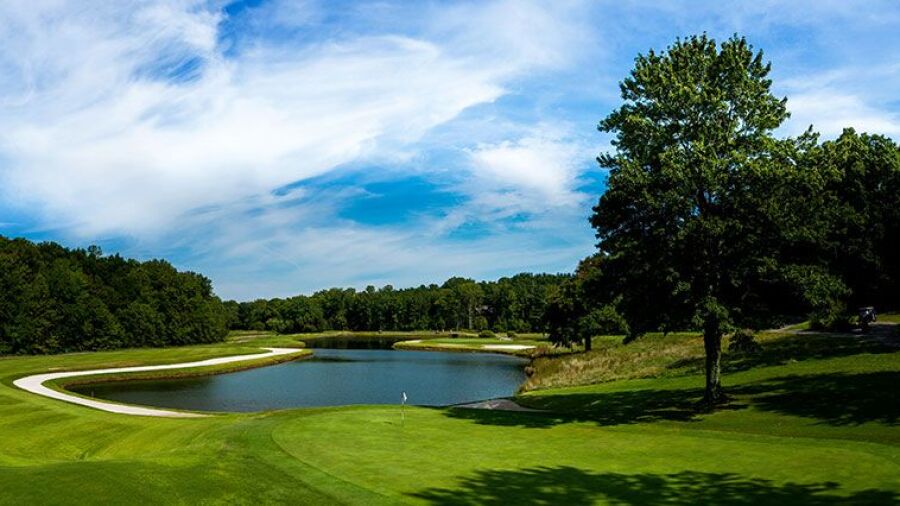 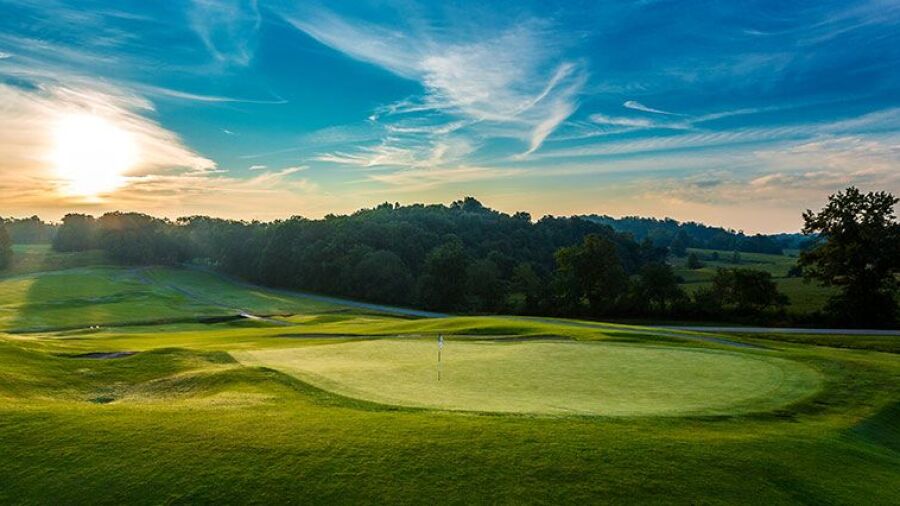 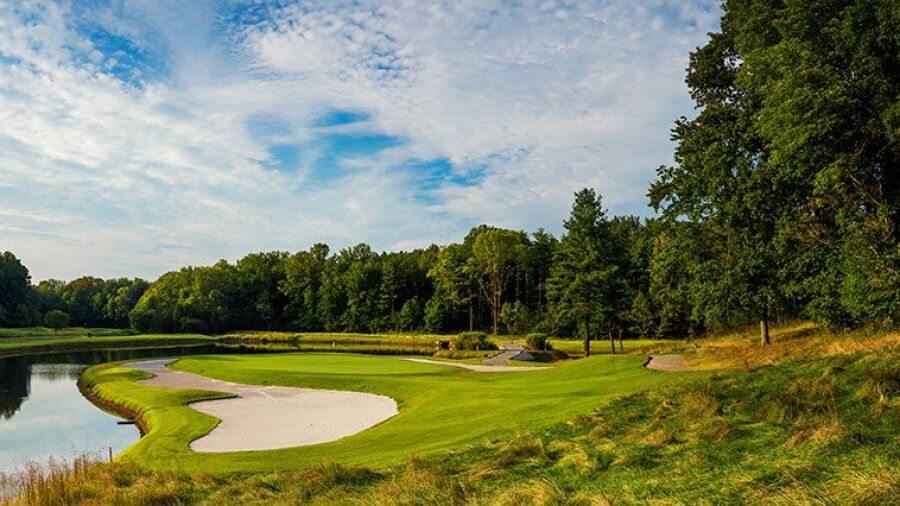 Such a Classic Golf Course

A very classic golf course in the heart of Indiana. Greens are insane with the undulation. Unfortunately/fortunately the greens were aerated two days before we played so it probably saved a few three and four putts but would like to play it again when they are rolling better. We played it at 6700-6800 yards but it plays 300-400 yards further. The par threes are tough... One was playing around 240 into the wind. Can't remember the last time I had to hit driver on a par three. Has a very classic old timey feel to it. 9 is a quirky hole where the entrance to the course crosses the fairway. My partner and I both shot in the 70s under our handicaps so it was a good day. Dinner at the Hagan restaurant in the clubhouse was also great. Known for their ribs. Only complaints would be slow pace of play, greens being aerated, and no driving range on the property. Definitely a must play!

Hi, golfbass24. We are so pleased that you enjoyed your time at Sultan's Run Golf Course. We look forward to seeing you on the course soon for another 5-star experience!

Had a great time at Sultan’s. Highly recommend this course.

Thanks so much for taking the time to write a review. We're so glad that you enjoyed your round at Sultan's Run Golf Course. Please visit us again soon!

Hello and thank you for your 5-star rating, u952305858! We're delighted you enjoyed your round. Please book another round with us soon, and thanks for choosing Sultan's Run Golf Course!

Sultan’s run about as good a layout as one can ask for Indiana. The course was in the best shape I’ve seen it after making the trip annually the last few years . The greens were incredibly tricky and putted so pure that it made for a long day. Miss on the wrong side and your happy to just three putt. Picking your line off the tee is critical here. Play the right tees! It can play long with all the elevation changes. Staff is top notch. Will be back next year!

Wow! We are so happy you enjoyed your round! We look forward to seeing you again soon at Sultan's Run Golf Course.

We appreciate the great rating! Be sure to book your next round with us soon.

Jeff1586157, thank you for the awesome rating! We hope to see you again at the course very soon for another great experience, and thanks for choosing Sultan's Run Golf Course.

We're glad you enjoyed your 5-star experience with us. Please comment or reach out to our team in the golf shop to let us know more about your round at Sultan's Run Golf Course!

Go play it. You will not be disappointed.

Not very long from the tips, but still plenty to handle. I loved it. My only slight complaint is the greens could have been faster. Then again, it is late July, so keeping them healthy is better than keeping them fast. I will definitely come back. The scenery is incredible and each hole feels unique.

Thank you so much for the great review. We are glad you had an incredible time, and we hope to see you again soon! Thanks for choosing Sultan's Run Golf Course.

We are so pleased that you enjoyed your time at Sultan's Run Golf Course. We look forward to seeing you on the course soon for another 5-star experience!

Thank you for the awesome rating! We hope to see you again at the course very soon for another great experience, and thanks for choosing Sultan's Run Golf Course.

Sultans Run is fabulous course. The conditions were top notch despite a 20min downpour during the 4th hole. Every hole has a different character from all other and it was a sure joy to have found this gem in the Southern and hilly parts of Indiana. I will go back if I am in the area again. The signature 18th hole is truly an awesome finishing hole.

Thanks for the stellar rating! Be sure to book another tee time soon at Sultan's Run Golf Course.

Well maintained, very enjoyable course. Many holes are uniquely designed. Greens rolled true, and are moderately fast.. I would not hesitate to recommend this course.

Thank you for your kind words! We appreciate your recommendation of Sultan's Run Golf Course, and we hope to see you back again very soon.

These fairways make it easy to hit irons or woods
Greens were firm,fast and run true. Best I have ever played !
It was worth driving 2 1/2 hours.
Hope to bring my son with me.
BG - Indianapolis IN

We appreciate you leaving a review and rating us 5 stars. We're delighted to hear how much you enjoyed the pristine course conditions. We work hard to provide an exceptional experience, and it's very satisfying to hear from golfers like you who appreciate our efforts. We will inform the entire team so they know their hard work is paying off. We look forward to having you back Sultan's Run Golf Course!

The entire course, clubhouse, scenery, everything, was beautiful. There was a good mix of easy to challenging holes. And the 18th hole lived up to its name. Definitely worth the drive.

We are so pleased that you enjoyed your time at Sultan's Run Golf Course. We look forward to seeing you on the course soon for another 5-star experience!

A good day on the links!

I like the course layout, it had a number of risk-reward holes and also required you to pay attention to hitting shots right to left and left to right. The course in general was in great condition, my only (slight) issue might be the greens. The grain definitely came into play and the swing in speed on into and with the grain was a substantial difference. While they rolled very true, I can’t help but wishing they would have been cut a bit tighter so that into the grain putts would have been a bit speedier.

Overall, a very good experience and I definitely recommend this course!

They ruined a Donald Ross gem

I recently returned from a French Lick golf weekend. I’m sad to report that the Ross Course has gone down hill under the leadership of head PGA pro Rob Koontz. What used to be a first class golf course and experience is now a 5 hour round with deteriorating course conditions and a rude management team.

We appreciate you taking the time to review the course and rate us. Thank you for the 4 stars! We aim for a 5-star experience, so we always welcome feedback for improvement. Thank you for playing Sultan's Run Golf Course.

I suspect there are players who visit the French Lick Resort and have to choose between playing either the Dye course or the Ross course. And I suspect many of these players select the Ross because of two factors: first, Pete Dye’s reputation for building hard golf courses scares the faint of heart, with his proliferation of bunkers and other hazards. And secondly, because of the price tag. The Ross comes in more than $200 less expensive than the Dye.

Little do these folks know they are about to get punched in the face. Dye may have been diabolical. Ross is an absolute savage.

At first blush, the course looks serene. It is a par 70. The cross bunkers aren’t intimidating. And the greens are of ample size. But, about those greens…

Ross confounds players with these complexes. It is a hackneyed phrase when describing Golden Age courses, but pronounced slope from back to front makes leaving approach shots below the hole of paramount importance. Sometimes even being short of the green is better than being on the floor in the wrong spot. That said, many holes feature shaved banks that will allow underclubbed irons to roll well back down into the fairway. The course demands imagination and creativity. Additionally, subtle slope around the cups seem to repel putts in every direction. Frustration can really mount if you come here planning to shoot a number.

The Ross course plays 3-4 shots harder than the Dye and you should anticipate playing an additional 300 yards from what the scorecard says.

I cannot recall ever playing a tougher collection of par 3s. They are meant to be difficult. Embrace the challenge. Two played well over 210 yards uphill, and today they were into the fan. You should add an additional 10-20 yards for all of the par 3s except No. 16, which was merely a wedge but a back left pin funneled approaches back to the front of the green.

And speaking of funneling, I would pay good money if somehow a Tour event could be reprised here. Though the 1924 PGA Championship was staged here, it just doesn’t have the pedigree for a modern golf tournament, but I would relish the opportunity to witness Tour pros cry about how “unfair” the eighth green is. While milling around before teeing off I heard several older gentlemen bantering with each other about how many times they have 4-putted the eighth green over the years. After playing it, now I understand. The pin today was back left and cut merely three paces off the fringe. The green is 32 yards deep. Approaches worked their way back to the front of the green, setting up 85- to 90-foot putts up the menacing incline. Four-putts are the norm and I have no doubt there are plenty of 10s carded there.

Having said all that, I loved it. French Lick benefits greatly from having two polar opposite courses, from an architectural and strategic standpoint. You will do yourself a disservice if you play just one and not the other.