Since the 2014 reopening of Reflection Bay golf course, this Henderson hotspot 20 miles from the Strip is an option for golfers. Original architect Jack Nicklaus returned to tweak a few things, removing bunkers and reshaping or moving others. The seventh green -- one of 18 now covered with T1 bentgrass -- was also extended closer to the edge of Lake Las Vegas. Golfers can pad their loyalty reward accounts by choosing the Westin Lake Las Vegas Resort & Spa or the Hilton Lake Las Vegas Resort & Spa. The condominium suites of the Aston MonteLago Village Resort, a Tuscan-inspired village with a marina, shops and water sports, will serve a foursome or family needing more space and privacy. Between the three properties, there’s multiple restaurants, pools, spas, a beach on the lake at the Westin and a bonus – access to nearby SouthShore Country Club, a private Nicklaus design. 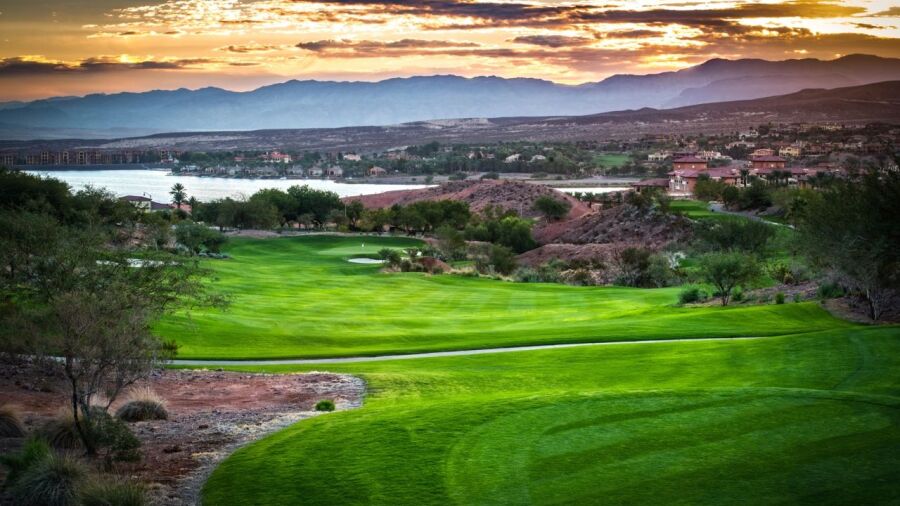 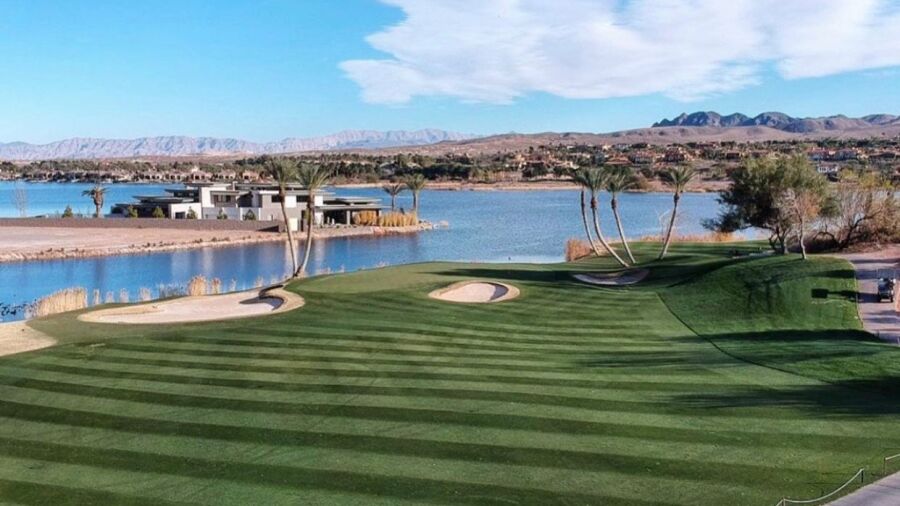 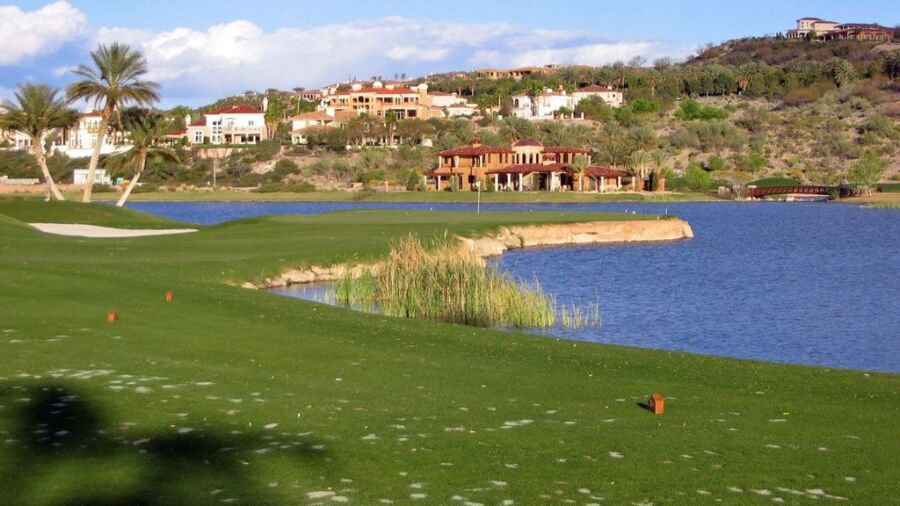 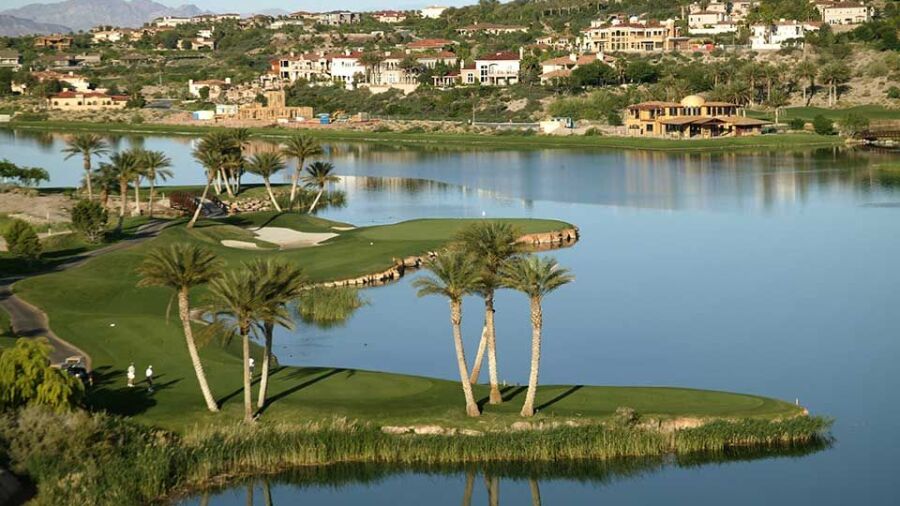 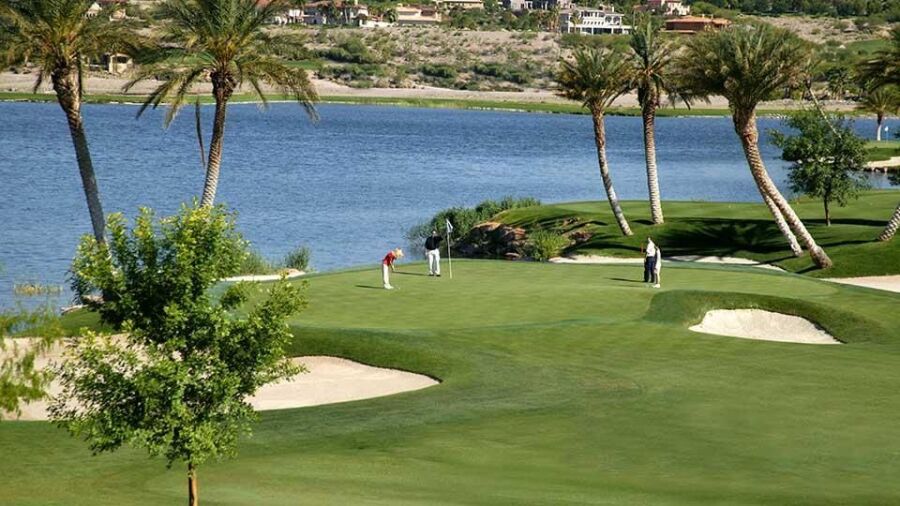 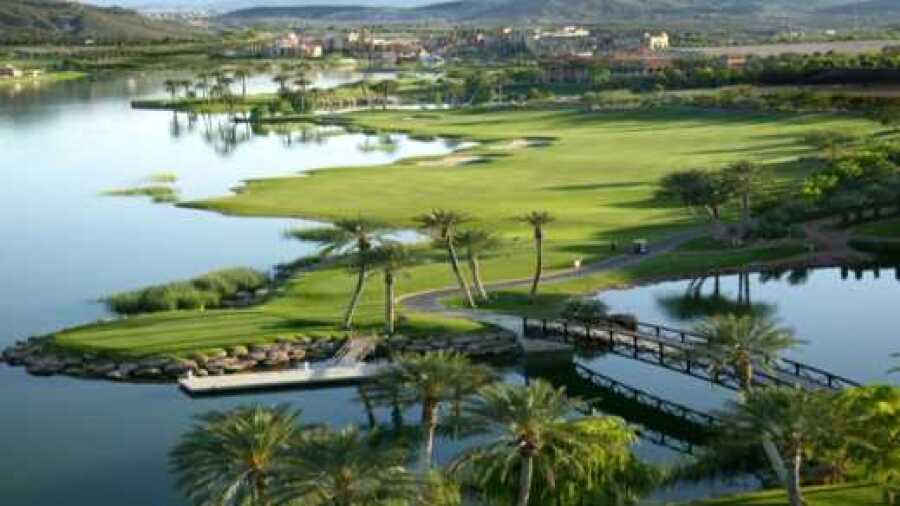 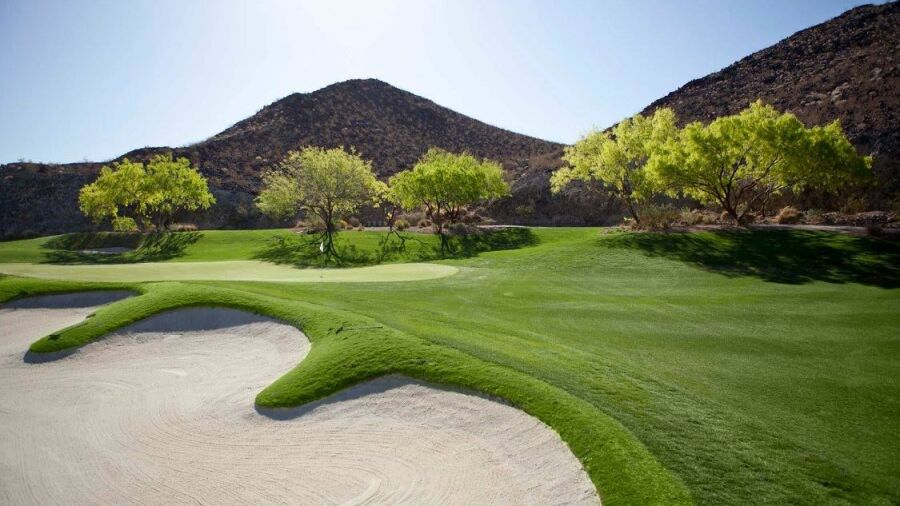 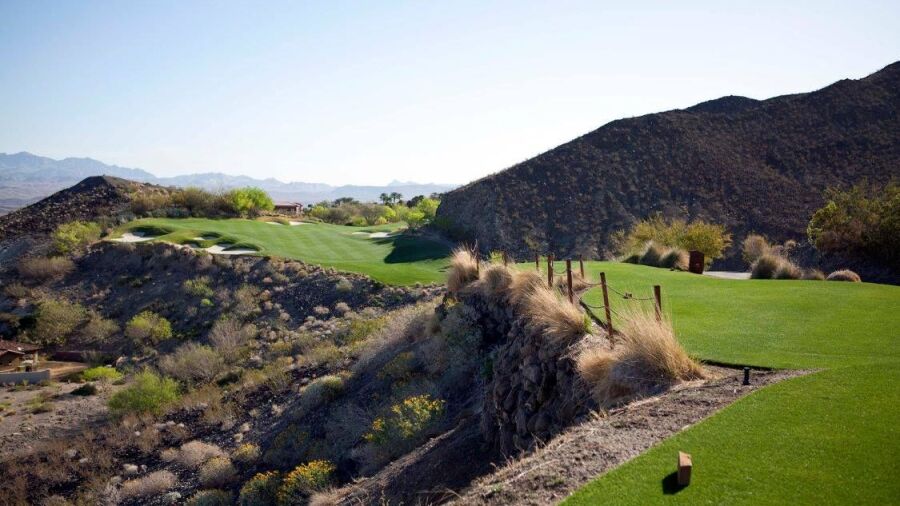 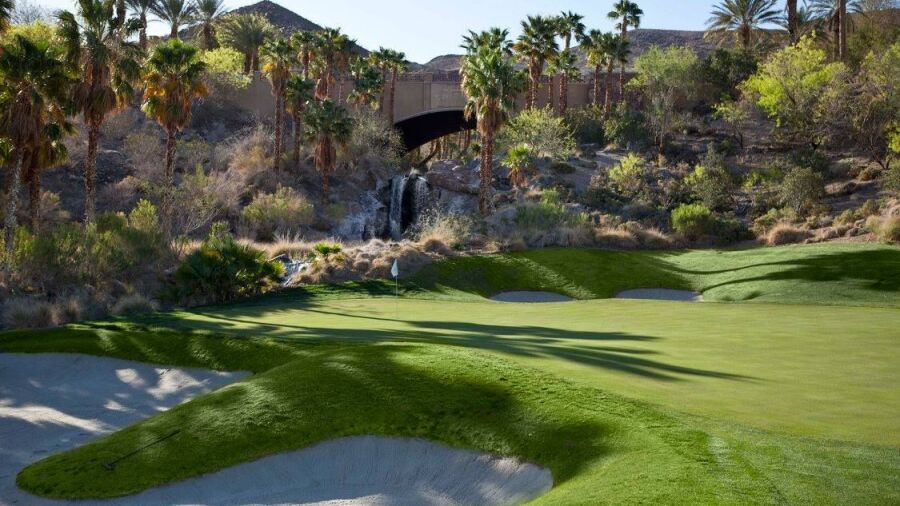 Fun but Rough Around the Edges

Reflection Bay is a Jack Nicklaus design in Henderson Nevada. It has many of the hallmarks of Nicklaus designs, which makes it very challenging. There are not many run-up areas so you will need to be able to hit greens through the air to play well.

The Greens at Reflection Bay were in horrible condition. The Pro shop staff told us it was because the overseed has not yet grown in. These were by far the worst greens we played on our trip to the Vegas area. To the credit of the golf course, they owned up to the condition of the greens and offered a discount.

The holes along Lake Las Vegas are the best holes on the golf course. I wish there had been more holes that played along the lake.

Overall Reflection Bay is fun to play once, but it's not something I would go way out of my way to play again.

Overall, the course is great with beautiful views, fairways and the staff are very friendly. The greens were not in great shape and made putting a bit challenging. I’d still go back without hesitation.

75 dollars for a round, with 15 dollar greens

The greens are in awful shape, which kind of overshadows the fact that the rest of the course is in decent shape. nobody in our group could get a ball to roll true all day, bumps, bare areas and lack of grass in general made putting very frustrating. The practice area green was in even worse shape than the greens on the course. The fairways and tee boxes were bearable but when my buddy told me about reflection bay and how nice the course was, I’m sorry to say I was very disappointed. What’s the point of having nice fairways and able to get the ball on the green, if the greens were completely barren. Them being in bad shape “because of the storm” is Bull. I’ve played at three other course around the city since the heavy rains, and they improved the condition of the grass, not diminished it. Honestly after my first experience, and probably last, I wish I would have spent 75 dollars elsewhere.

Greens improved from 2 days ago

My compliments to the greens keeper. I played 2 days ago and the greens were in terrible shape. I played it again and greens were much better. Still not what reflection bay rolls in the past but ill bet it will be back to their normal roll in a few weeks. Staff and fairways always top notch.

Normally this is one of my top 5 places to play in Vegas. Fairways and greens are usually in great shape but this last round although the fairways were in excellent shape, the greens were the worst ive ever played on. I heard it was due to the storm. Unfortunately i prepaid for 3 rounds and forced to us all 3 before they expired this month.

I had no idea what to expect when I booked a round for me and one of my customers at Reflections Bay. I was very pleasantly surprised. I love desert courses with water on them (for the scenery) and this one had a ton. It was both challenging and spectacular to look at.

First the staff was very friendly which seems to be the case at the course around LasVegas. When we checked in we were told they were real busy. With 10 minutes between tee times this did seem bad. By hole number two we were group three waiting to tee off on each hole. The round took 6:20 to play which is the longest round I have ever played. To make matters worse the cart girl must go home at 3 or 4 because we never saw her after hole 4. It was over 100 degrees so taking 5:20 to play with no cart service was not pleasant. I will not play here again.

On the bright side I scored below my handicap and the course was in decent shape except for the greens being really slow.

For the price, would NOT recommend. There is a warm up area that provides no real feedback on what’s happening with your ball flight. Staff seemed annoyed they needed to bring a cart down for me…Overheard their sarcasm on the walkie-talkie and felt like me golfing was a burden.

Stay out of the sand traps

The consistency of the sand in the traps is sort of a paste.; consequently, it is very difficult to get under the ball. I know that in desert courses it is difficult to keep sand in the traps because the wind blows the sand out. I assume the grounds keepers put something in the sand to keep it from blowing out. The result is the sand is sort of a thick paste mixture which doesn’t have much give. Except for the sand traps the course is interesting, challenging and entertaining. Will play it again, but just have to avoid the traps.

It was my first time there and a very disappointing experience. A friend of mine booked a time for ten players and two people to ride. We showed up on time with two local players out of the ten who lived in Las Vegas. The cashier would not give our two local players the resident rate. I asked why and he said they are not giving the resident rate during march madness weekend. So I asked for a supervisor, and he told me no exceptions. You should have read all the terms and conditions on the golf contract, so I asked could he make an expectation since the other eight players are paying 185.00 each and two players 25.00 each, which is over $1,450.00 of business, not including potential food and drinks purchases from the cart girl The resident two players would have paid 90.00, but the supervisor said no, so I asked for the manager. He said we couldn't have any expectations either, even though there is no communication on the website or the golf after-hours voicemail system about this march madness weekend policy.
The course had green paint in the fairways on several holes and some spots on the greens. The charger in the cart didn't even work. Based on this first experience and poor customer service, I would not recommend the course to anyone.

A must play in Vegas

Very interesting lay-out with plenty of water which is not expected for a desert course. Really recommended.

Got to course only to find out fairways and rough not overseeded. Not worth $160 to play on dormant Bermuda. Need to disclose this type of major condition fault. Heck, they usually will disclose aeration of course.

Previously played Reflection Bay a few years ago when visiting and was very impressed so we decided to go back on this trip. The course condition has fallen off immensely. Fairways were in rough shape but decent enough. Greens were absolutely awful. Patches of turf have been recently replaced on several greens and it felt almost pointless trying to putt at times. Outside of the greens, several bunkers are in need of sand. Very sad to see such a nice course design be let down by poor conditions