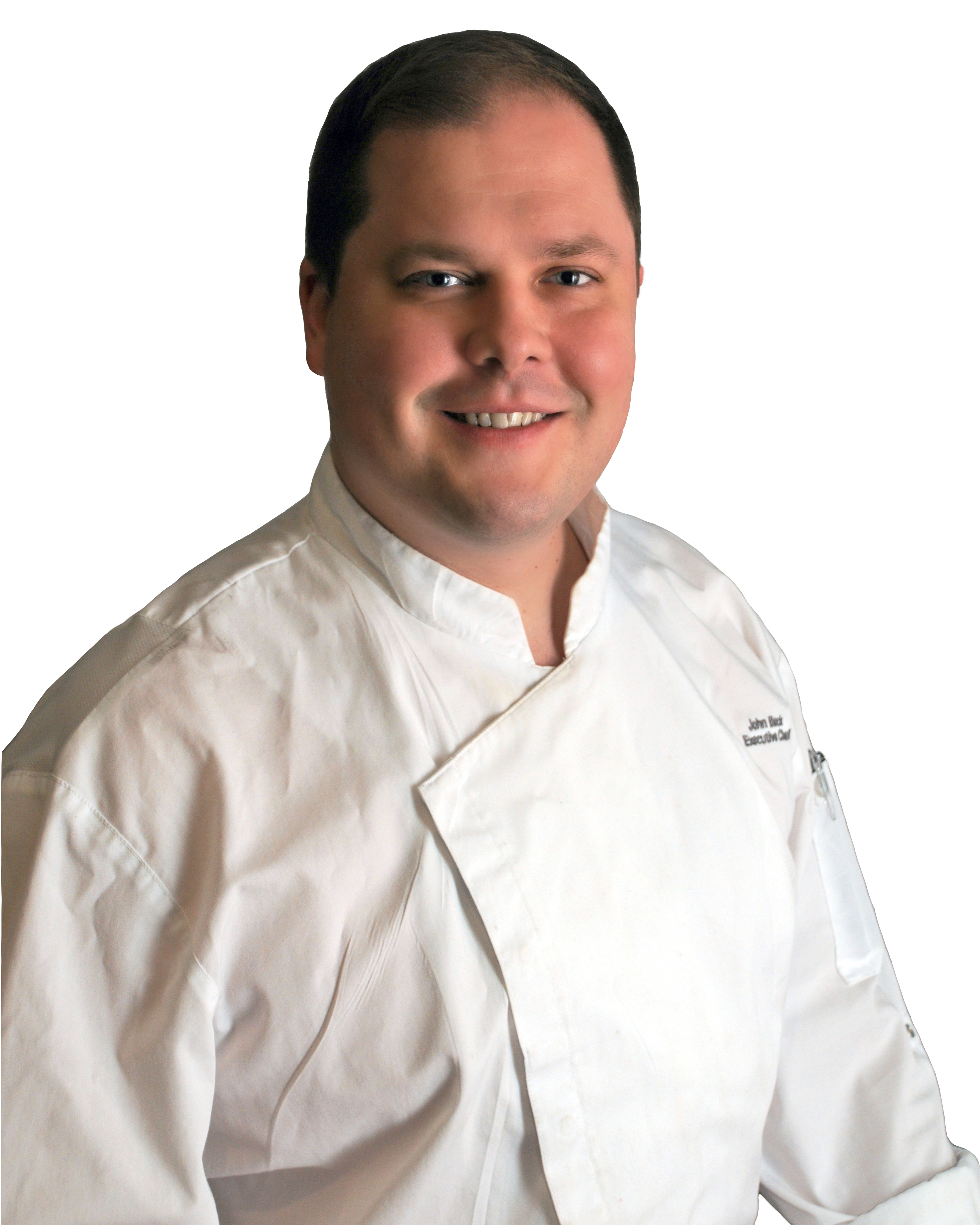 Chef John Beck's culinary interest began at an early age – cooking with his mother for family and friends in St. Louis, Missouri. He began working in restaurants at age 16 as a bus boy/dish washer and fell in love with the restaurant environment. As a young cook he worked at several cafes and bistros honing his craft. He finally decided that this was his passion and calling, he began the Culinary Program at Joliet Junior College, a highly respected culinary program with an emphasis on French/Global Cuisine and technique. He has held various kitchen positions, such as Executive Sous Chef at Butterfield Country Club, Executive Sous Chef at La Grange Country Club, Chef de Party at Prestwick Country Club.

Chef Beck moved into the Executive Chef position at Olympia Fields Country Club in January 2017. He has with him two extremely talented Sous Chefs, Emiliano Velazquez and Susana Perez. Together, this team has decades of culinary experience.

Chef Beck combines his natural talent and intuition with his technical training to craft a unique, nuanced menu, offering both traditional “country club” favorites and progressive pairings. You will find that while each plate is aesthetically pleasing, all flavors and textures are balanced, even to those with the most advanced palettes. Chef Beck does lots of in-house curing and smoking of foods on the smoker that OFCC building engineer, Gary Lazzo, built using an old hotbox. Chef loves to preserve and pickle produce, including wild ramps that are found on the south course, to pay homage to the midwestern tradition of canning fresh produce to enjoy later when the growing seasons are over. Mixing old traditions with contemporary ideas on food is what Chef Beck does best.

His main goal is to create the most satisfying culinary experience, both in banquet/member events and with a la carte, to continue to advance Olympia Fields Country Club, and remain there, as a top club in Chicago and the Nation.