u586863937
Played On 08/20/2021
Reviews 1
Skill Intermediate
Plays A few times a week
I Recommend This Course
5.0
Verified Purchaser
Previously Played

Very challenging greens in general, but the hole positions were generally easy today. For a smaller city course, Bois de Sioux is well worth a car trip to play it.

Play in two states in one round! Front: ND, Back: MN

First time at this course. Loved the trees and fairways. Definitely will be back.

We arrived at Bois de Sioux Golf course a bit weary and harried as it had been a test of a day in that we had played early in the morning in the Twin Cities area and then drove to North Dakota for our next round on our trip. Our original 1:30 PM tee time was graciously moved twice during the day by the staff and we finally got off at 4:30 PM.
There is nothing fancy about Bois de Sioux. Just a straight up golf course that gives you the chance to go get it. Not that there isn't trouble as somehow those trees lining the fairways often seemed to be in the wrong place...lol. The course was in very good condition with surprisingly quick true greens that were in wonderful shape. Again no tricks to the greens but they were very fair to your stroke.
The front nine is a little more open to shots where the back nine was a little tighter so more premium to the tee shot on the back nine (which is actually in Minnesota). It is a very flat course but then so is Eastern North Dakota ( we had never been to the state until this day).
The staff and other players we came across were all very nice and friendly as well as the staff being very understanding of our schedule in getting this course into our trip itinerary. We did not eat as planned do to being exhausted from the overall day. I would play it again if given the chance but it would be the only round the next time.

More than a novelty, this is a good golf course

Starting with the obvious, there aren’t many (any?) places where you can play 9 holes of golf in two different states during the same round. This unique feature of Bois de Sioux was certainly what originally caught my eye. “The turn” from 9 to 10 involves crossing a bridge over the Red river (fun fact, the Red River is one of few in the US that flow North instead of South) from North Dakota into Minnesota for the back nine.

The Minnesota side is older and it shows in the more mature trees that provide a touch more defense of their holes than their newer counterparts on the front. I shot the same +4 on both sides, but the path to those scores was very different. I was able to post solid par’s and bogeys on all of the front nine holes; while the back was considerably more up and down, including a couple birdies mixed in with more bogeys and even a double. The back nine really put a premium on tee shot placement; very attackable if you positioned yourself well, but becoming quite difficult to score if you don’t. The front, by contrast, was pretty straightforward and simply required me to keep moving my ball forward on the short grass to put up consistent numbers.

The course uses mostly angles and trees for defense (although there is some water mixed in as well, especially on the back); and it does a good job of keeping you honest with these design elements. There are a few corners you can cut popping over the corner; doing so on #5 for example saved me a good 20-30 yards and made my approach on the 429 yard hole a very manageable 190 yards (I was tee’ing off with a 6 iron all day to protect a strained oblique, so every yard counted). Others you might think you can cut can bite you, however… I discovered this the hard way.

The greens were surprisingly fast and true for a public course, which took me a couple of holes to adjust to. The fairways also were well cared for and gave decent roll to my irons off the tee, a welcome change from some of the waterlogged courses I’ve been playing recently. Overall it was just a nice course that tested your golf game without being too cute or over-complicated.

Pace of play was great as (despite the course being public) there are mostly members playing who know their way around the track. We played in about 3:15 and didn’t put much, if any, distance between us the groups playing behind us. Everyone on the course was quite friendly and welcoming as well. It’s also probably worth mentioning that, having played a wide variety of courses on this trip, including some rather exclusive private clubs; these greens may have had the fewest unrepaired ball marks we have seen over the last 41 days/rounds. Indicating a healthy respect for the game, this is always a welcome sight!

The pro-shop experience was great, I might add. The folks in there were genuinely interested in my trip and chatted us up for a bit about it. They also took the time to share some of the history of the course and how some of the design elements came into being. We also had a fellow who lives on the third hole pop out in his cart and introduce himself and chat with us for a bit about the trip and book. There was just a really nice “local” or “small town” feel that we really enjoyed in addition to the golf.

More than just a novelty, Bois de Sioux is a nice course and worth a visit as much for the golf as the inter-state river crossing. 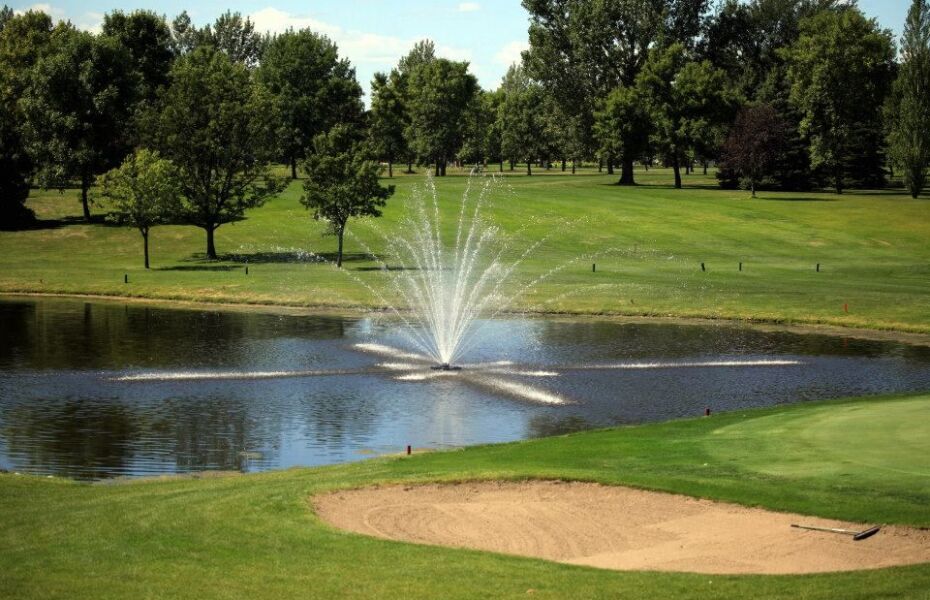 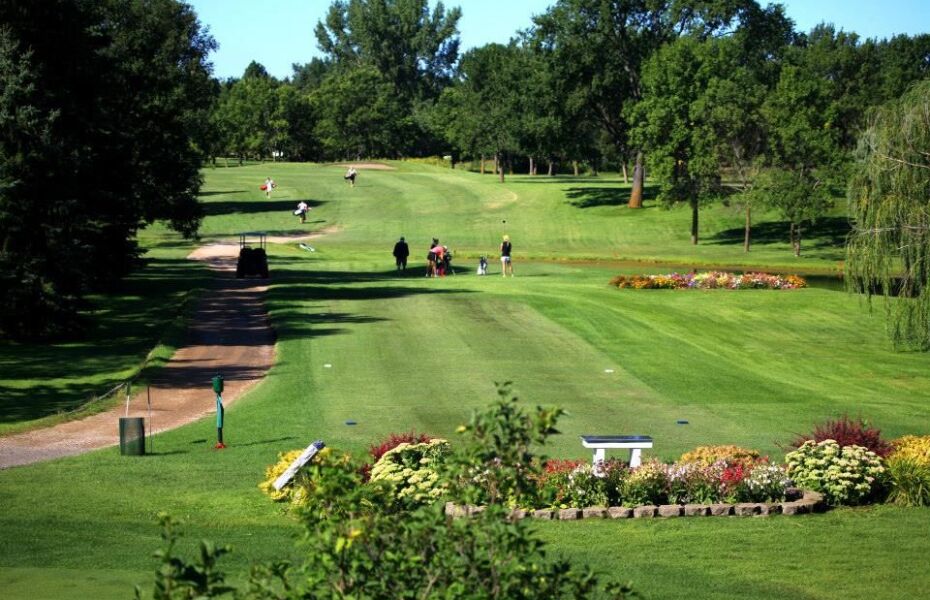 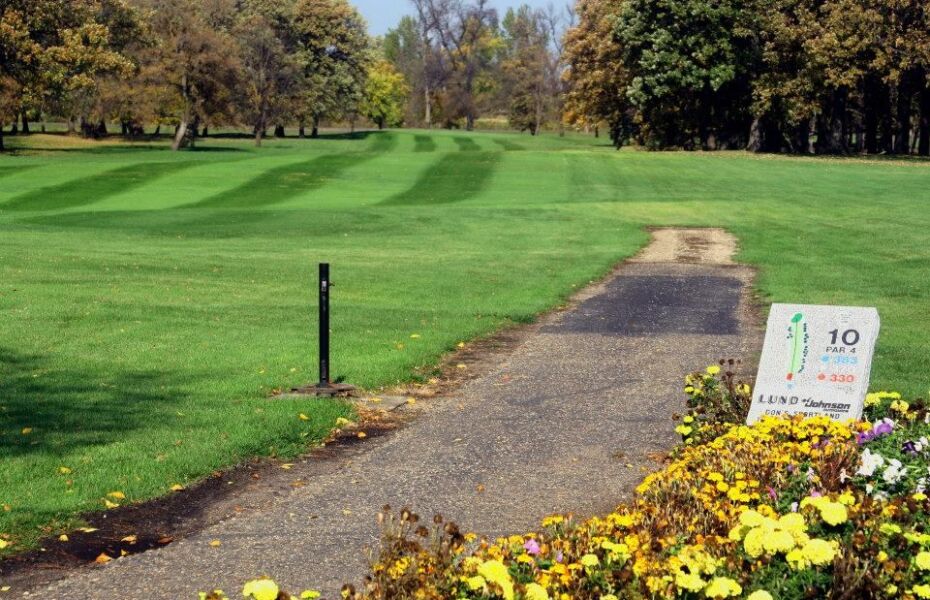