The only game in town, and it shows.

Full disclosure: I'm on a long golf trip, playing in some 15 states to round out the lower 48. As a result, I've played 7 states in the upper midwest farm country - roughly along I-29 - which may have spoiled me. The soil in that area makes growing grass for golf courses too easy. Powell would be the opposite of this. Perhaps I'm too spoiled.

First of all, I only played the back nine, which is an old-school layout. Lots of trees and narrow fairways. The front nine may be nicer, as it's more modern and links-style and may have a modern irrigation/drainage system. The problem with Powell's back side are the cart paths and general bumpiness of the terrain. I'm hard-pressed to think of worse cart paths (such as they were) on any course I've played. Most of them were mud and craters/puddles. This sort of crap weighs on you subliminally after a while.

The layout is what one would expect from a decent muni, but the conditions were that of a place that doesn't need to improve because no other courses are anywhere near them. Good grass and drainage can be had with this soil (see Bully Pulpit) if they gave a crap.

The greens had been punched recently, but they still charged $49 with no apologies even though they were basically unputtable. I bailed after nine, and the lady refunded $10. Gee, thanks! Much nicer courses on my trip have charged way less. Don't play here on any kind of trip if you can help it.

A great course for all levels of players

A great course for the traveler in the Northwest Wyoming. Cheaper than the Cody course and more fun to play. Great staff and course. 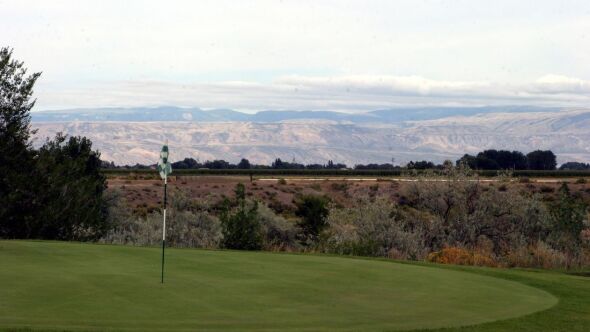 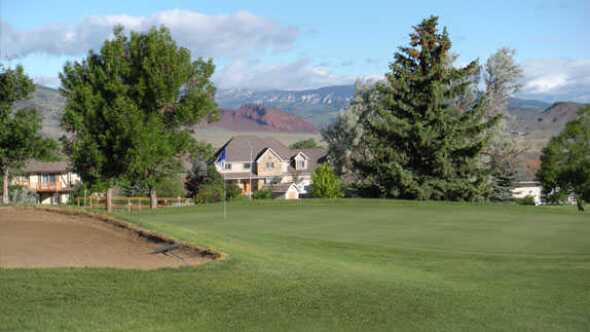 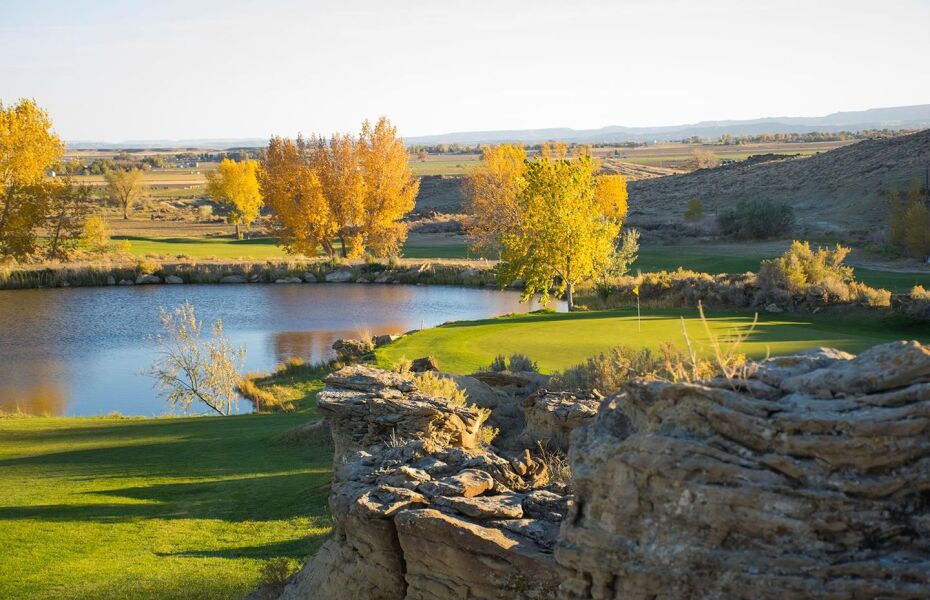 A fall day view of a green at Powell Country Club. Powell CC 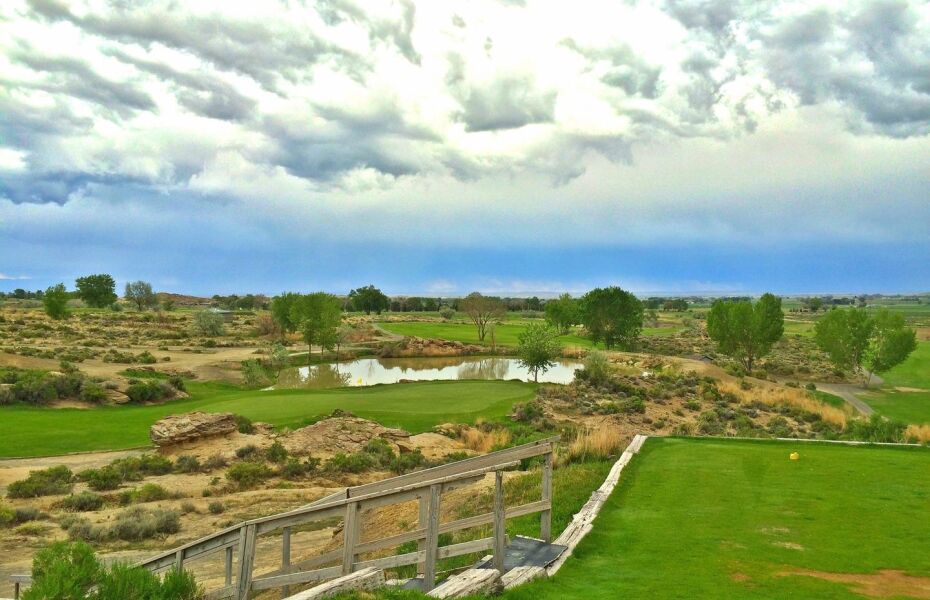 A view from tee #4 at Powell Country Club Powell CC 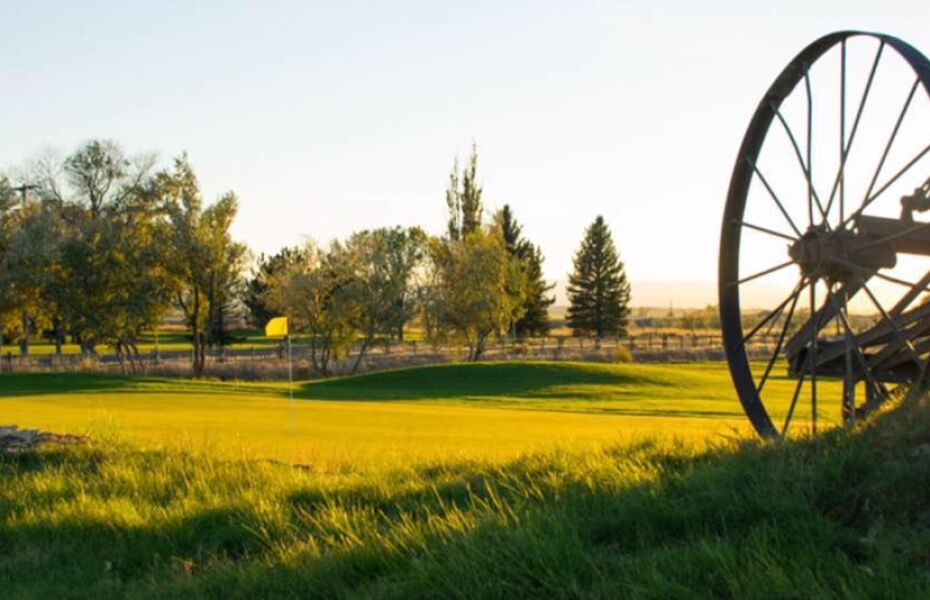 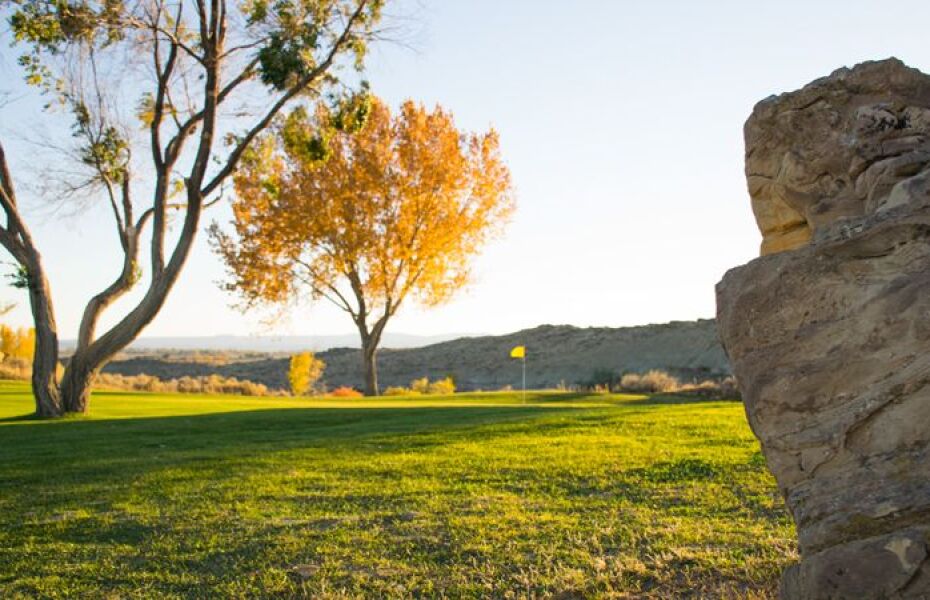