Windy day on am immaculate course...

I have been told that Amarillo is one of the windiest cities in the country. I’ve also been told that “Texas hospitality” takes friendliness and service to another level. If my visit to Amarillo Country Club is any indication, you can mark both of those down as fact. The staff and management (who we had the pleasure of meeting) were as true to their reputations as the Amarillo winds; and meeting and interacting with these folks was a great way to start my round.

Once out on the course, the track held plenty of challenge (especially with the wind) and boasted a nearly immaculate playing surface. Lush, but not overly soft, fairways and cuts of rough and wonderfully groomed greens greeted us, hole after hole. The course is laid out well, and although there is road traffic all around the property, I never really felt like I was “in the city.”

Making excellent use of relatively limited space; the course does a very nice job of creating challenge. With just enough bend in most of their fairways to limit landing options and take advantage of well placed trees; Amarillo, from the blues, is plenty of golf course for most players (plays to a 71.6). There is a greater challenge (that I did not bite off) back at the black tees; but what is nice is that the whites - by opening up some of the fairways a bit - play to a very manageable 69.4. In other words, there is a course for pretty much everyone at Amarillo Country Club.

During my round, there is no other way to say it, I got a lesson in playing in the wind. Before I left on my trip I spent a day on the range practicing nothing but knock-down shots, particularly with my 2-iron. That practice came in very handy on a day with a 2 to 2.5 club wind. What I hadn’t practiced was how to manage the slight draw on most of my approach shots which wound up being - how shall I say - “highlighted” by the wind. Not having an answer in my bag of tricks for low and accurate approach shots, my score suffered a bit. I, unfortunately, also didn’t “practice” believing the results from previous shots, and therefore repeatedly tried to club up or down 1, instead of 2 to compensate for the wind. This did not positively affect my score either.

In all though, it was a great day on the course, and I developed a part of my game previously untested. Being a private club, one cannot just walk on and play; however, I certainly recommend taking the chance if it presents itself. And if, like me, you run into some difficult winds while working your way around the club… there is always that Texas sized service level to make your day! 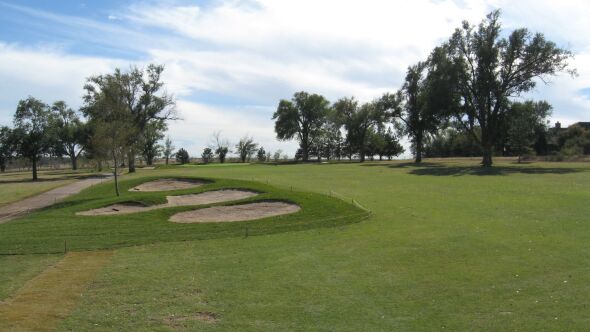 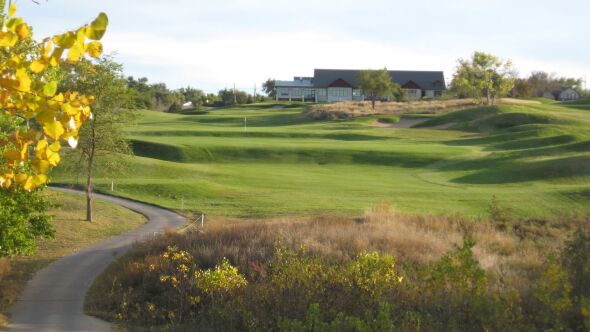 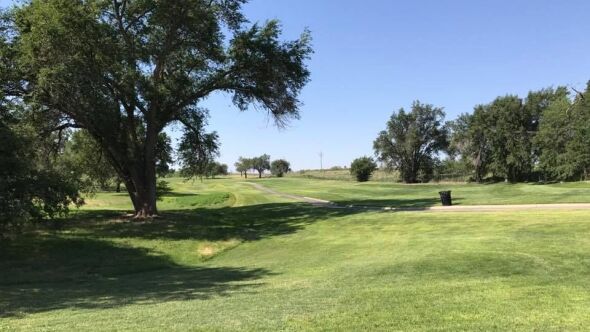 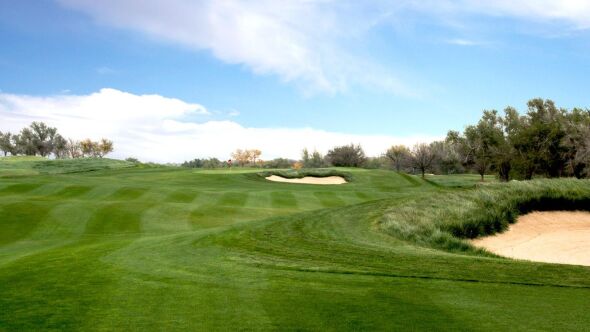 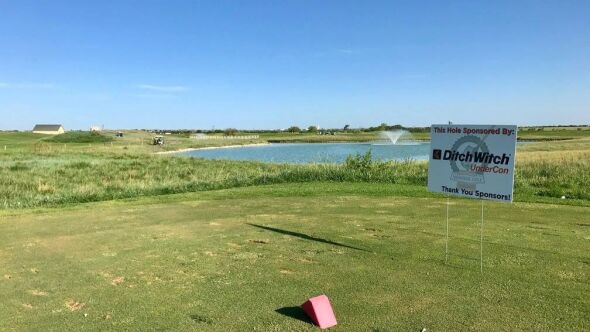 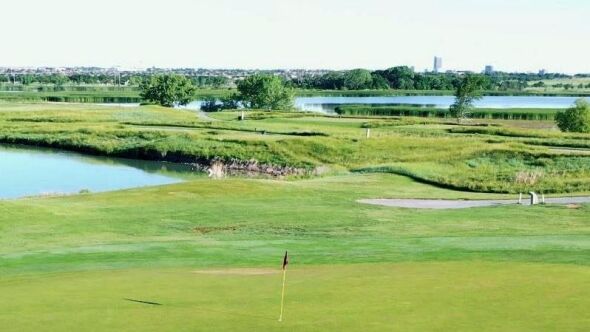 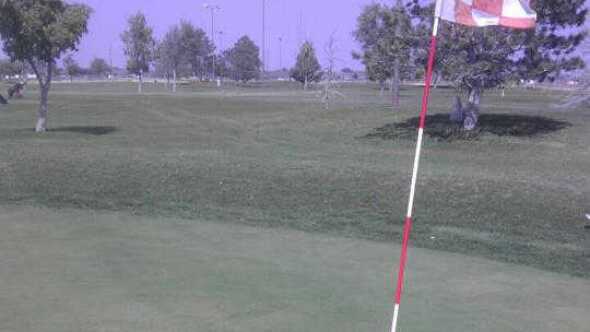 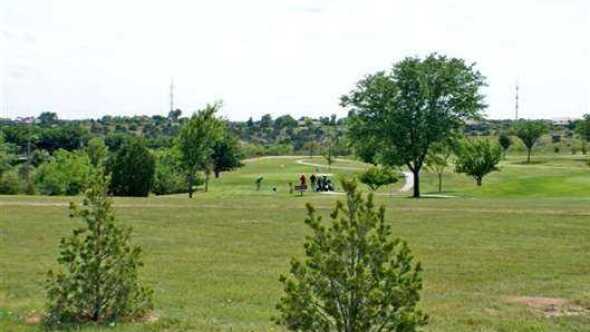 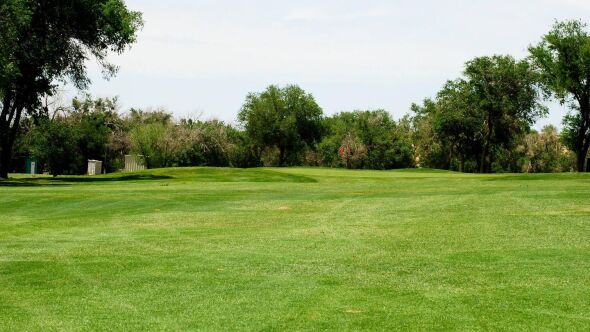 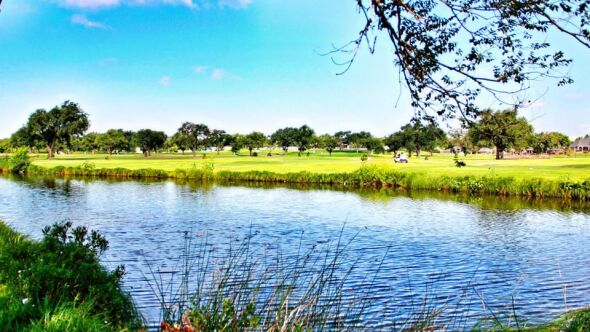 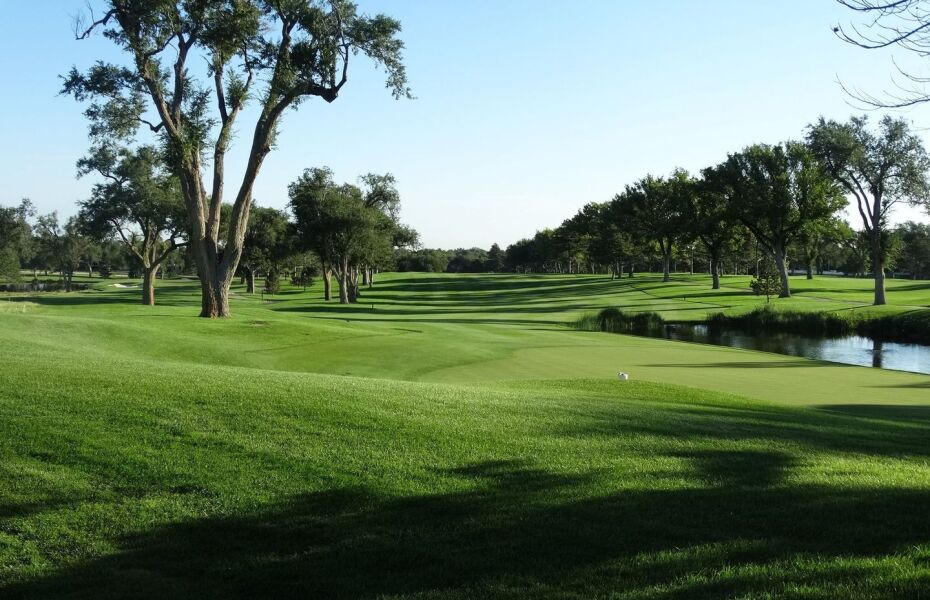 A view of a fairway at Amarillo Country Club. Amarillo CC 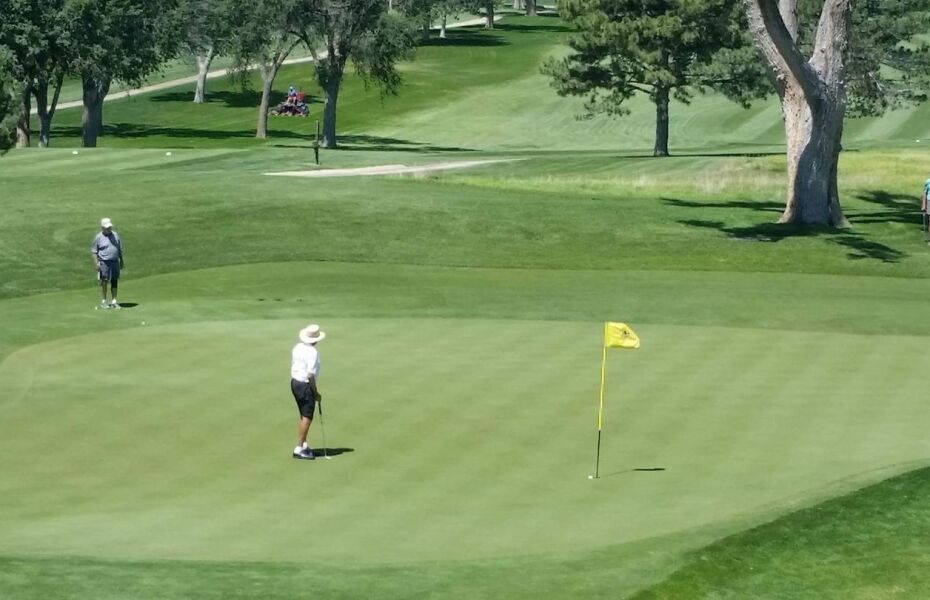 A view of a hole at Amarillo Country Club. Amarillo CC 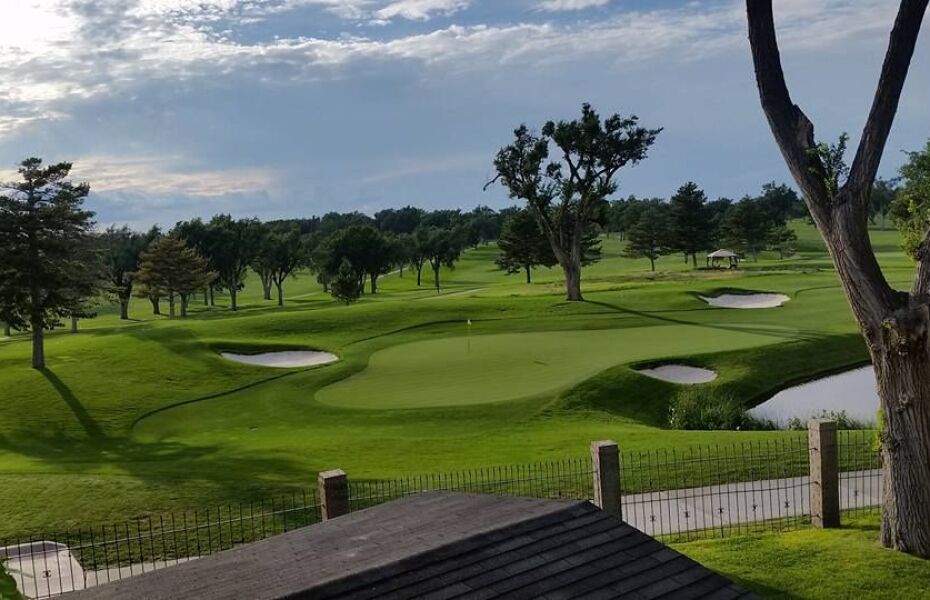