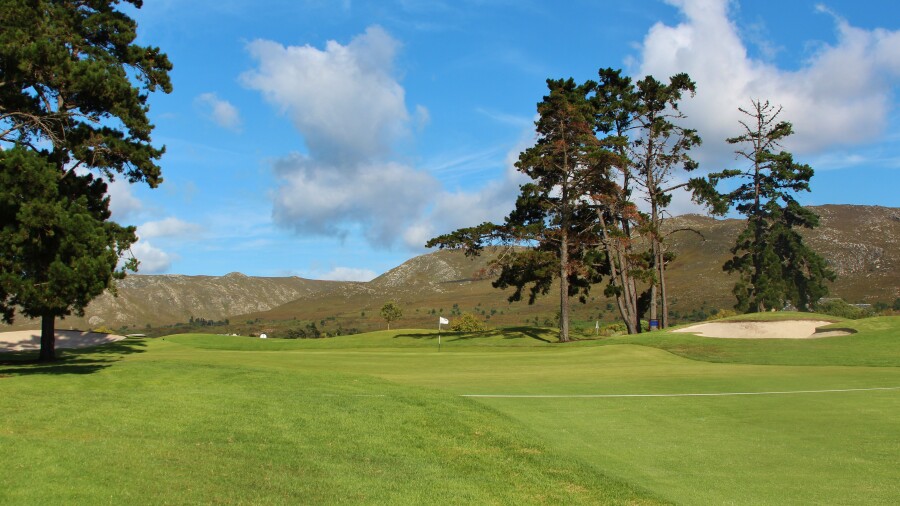 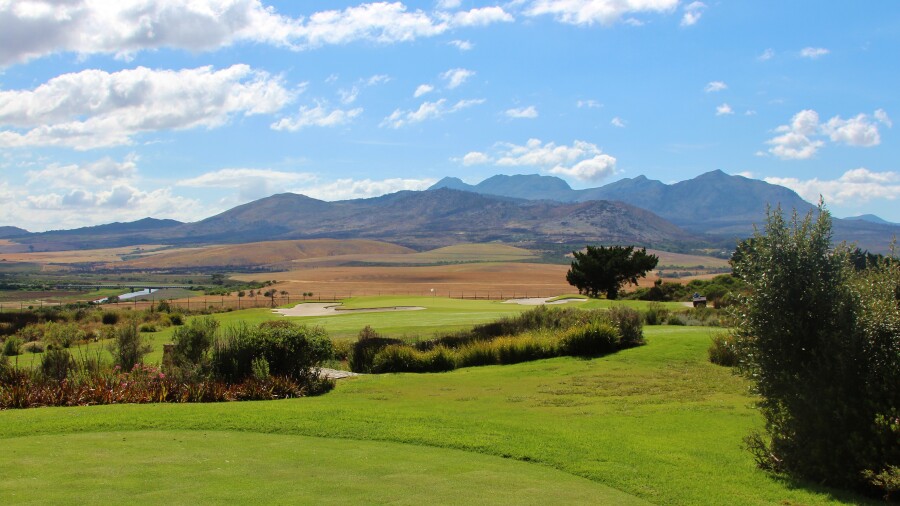 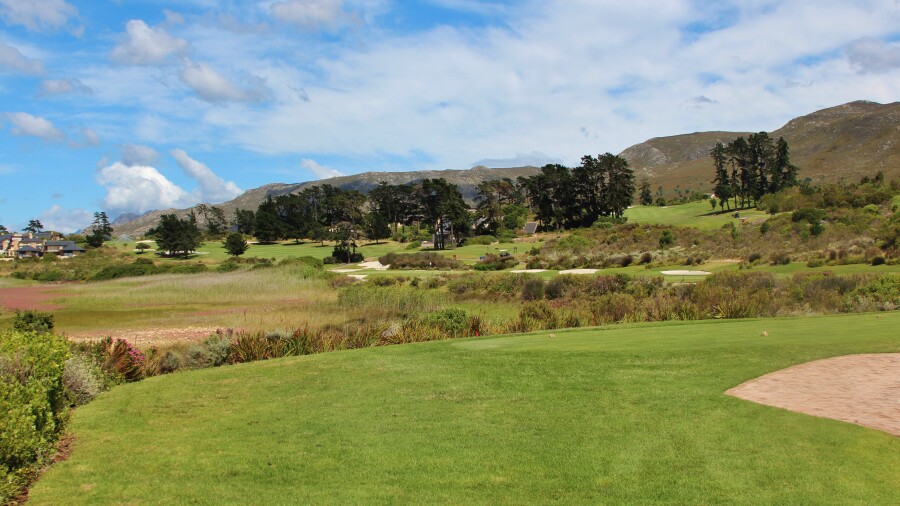 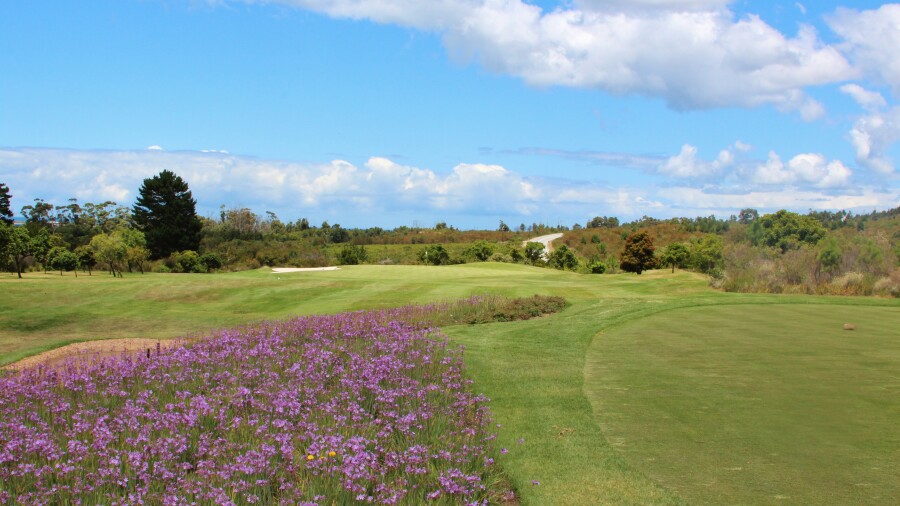 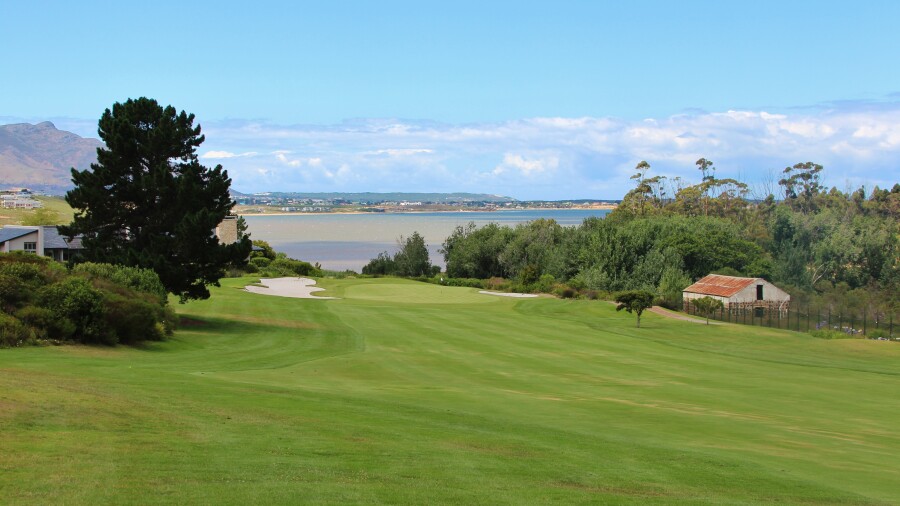 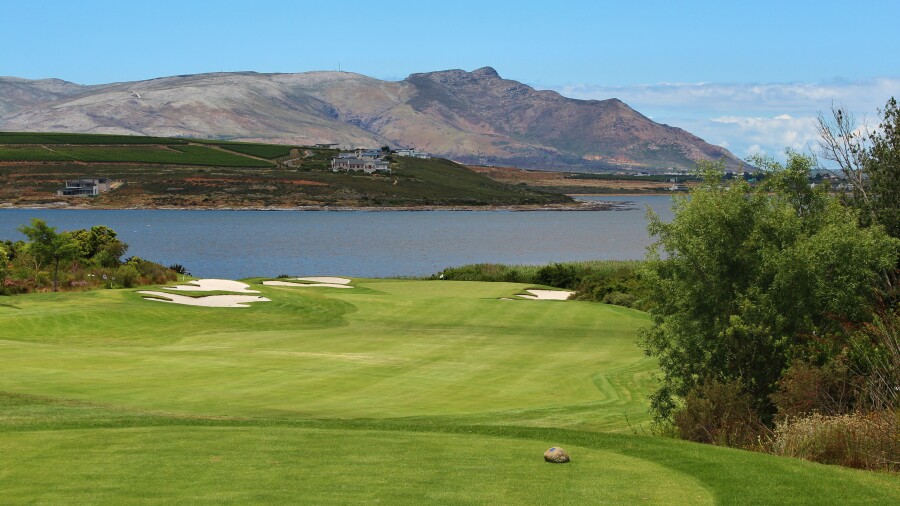 WESTERN CAPE, South Africa -- The Arabella Country Estate -- home to the spectacular Arabella Golf Club -- is either close enough to Cape Town for a day trip or far enough away to be a great getaway. It all depends on your perspective regarding the one-and-a-half-hour drive.

Arabella, ranked fifth among the country's best courses by Golf Digest South Africa in 2014, is certainly worth the effort either way. The 6,381-meter golf course overlooks the tranquil Bot River Lagoon with a backdrop of the Palmiet Mountain Range.

South African architect Peter Matkovich's best holes at Arabella either fall dramatically to the lagoon (holes 8 and 16) or hug it (holes 9, 17 and 18). The ninth hole looks ominous from the tee even though it's only 297 meters (roughly 325 yards). Golfers must clear wetlands and the waste bunker up the left side to find the fairway tilting away from them. The 18th, a par 5, is similar except the waste bunker and wetlands run up the right (opposite) side.

Those who want to stay longer than just a round of golf can book a night or two at the luxurious 145-room Arabella Hotel & Spa, part of the chain of African Pride Hotels. The estate will eventually build out to 236 homes. Large swaths will remain undeveloped, though, keeping this beautiful setting in the Kogelberg Biosphere Reserve mostly intact. 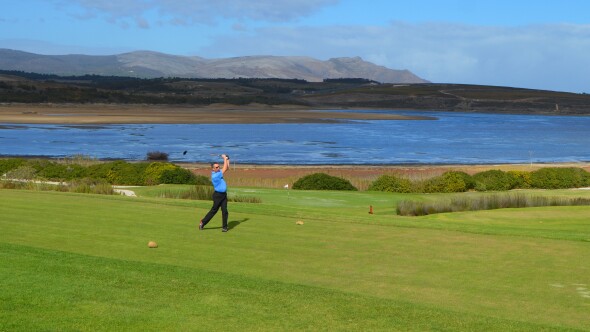 Articles
6 Min Read
South Africa offers an exceptional golf, wine and safari experience
The golf is exceptional at times, but the chance to see the Southern Cross while looking up at the night sky as a pride of lions lies 20 feet away not bothered in the least by your presence -- that's why you take a golf trip to South Africa. 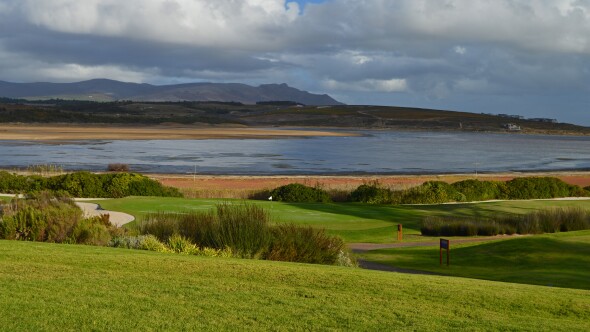 Articles
6 Min Read
South Africa golf trip? 10 things to know
A bucket-list destination for many, South Africa provides a well-rounded and spectacular experience for golfers who are looking to do more than just tee it up. 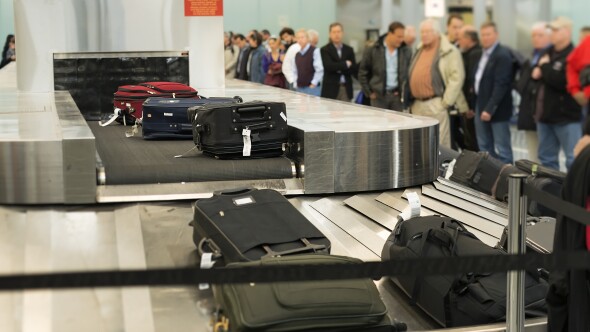 Articles
5 Min Read
What to do when airline snafus delay your golf bag
It's a golfer's nightmare: arriving at the baggage claim and your clubs never come out. Jason Scott Deegan has details on what you're entitled to from the airlines. 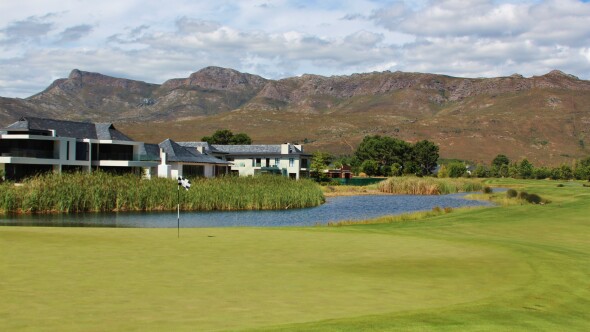 Galleries
11 Images
A golf and wine wonderland: Steenberg Golf Club near Cape Town, South Africa
Steenberg Golf Club has all the pieces to be memorable, whether it's for a round of golf, a meal or a weekend. Steenberg Golf Estate, just 15 minutes from the famous Cape Town waterfront, has transformed into a flourishing golf-and-wine getaway within a built-out neighborhood. 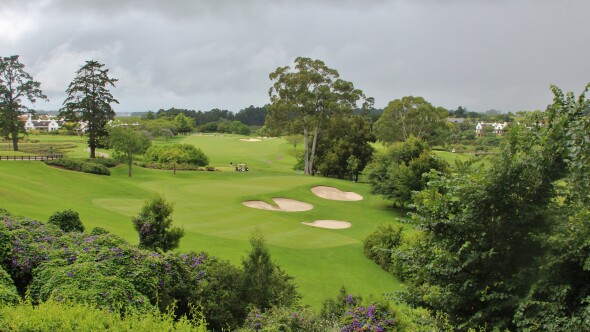 By Jason Scott Deegan
Read More
Load More
Now Reading
Cape Town's best? Discover Arabella Golf Club, one of South Africa's premier courses
New Cookie Policy
WE AND OUR PARTNERS USE COOKIES ON THIS SITE TO IMPROVE OUR SERVICE, PERFORM ANALYTICS, PERSONALIZE ADVERTISING, MEASURE ADVERTISING PERFORMANCE, AND REMEMBER WEBSITE PREFERENCES. BY USING THE SITE, YOU CONSENT TO THESE COOKIES. FOR MORE INFORMATION ON COOKIES INCLUDING HOW TO MANAGE YOUR CONSENT VISIT OUR COOKIE POLICY.
CONTINUE
Search Near Me