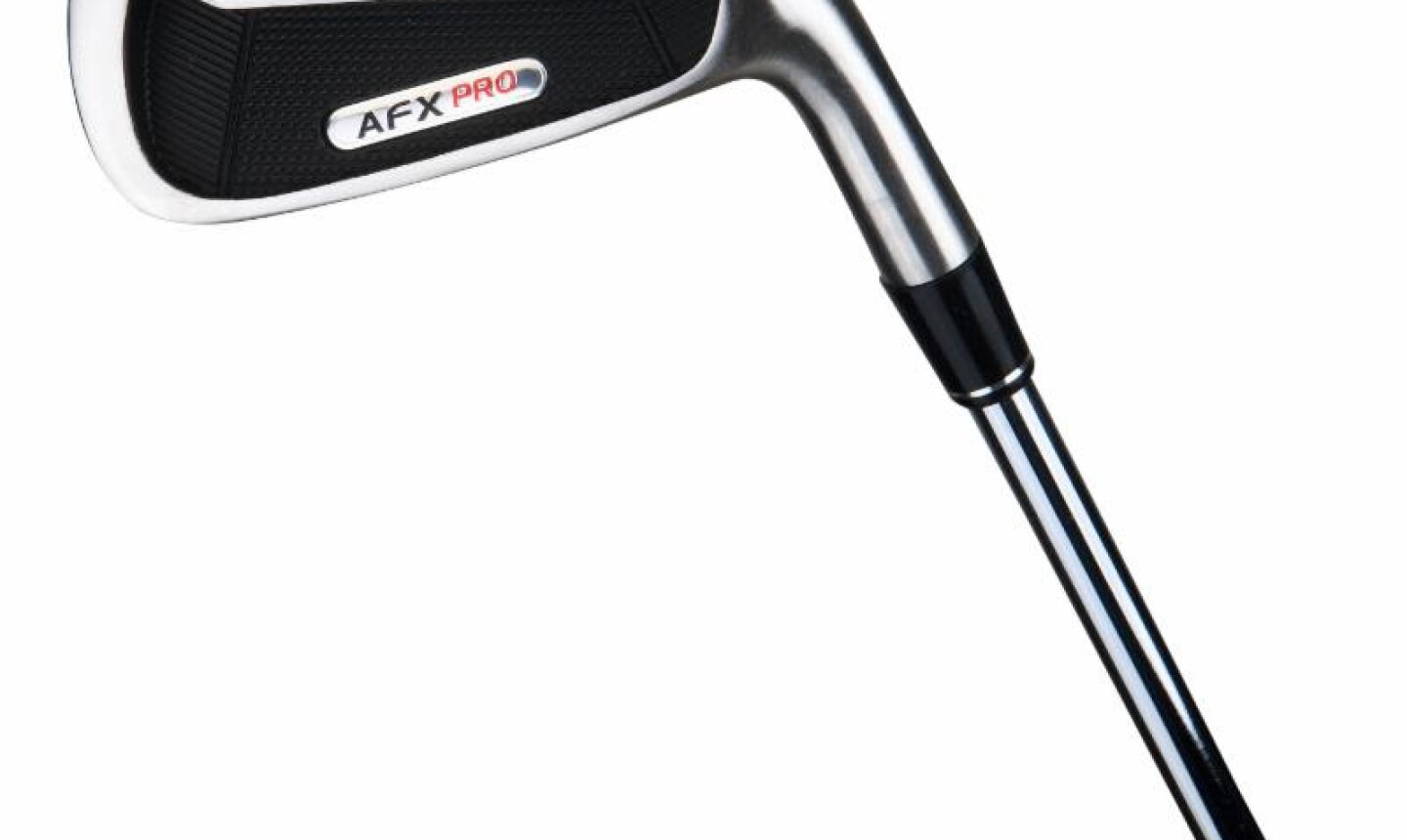 The 5-PW of the Air Force One AFX Pro Series Irons feature a channel-back lined with polymer to dampen vibration and improve feel. Courtesy of Air Force One 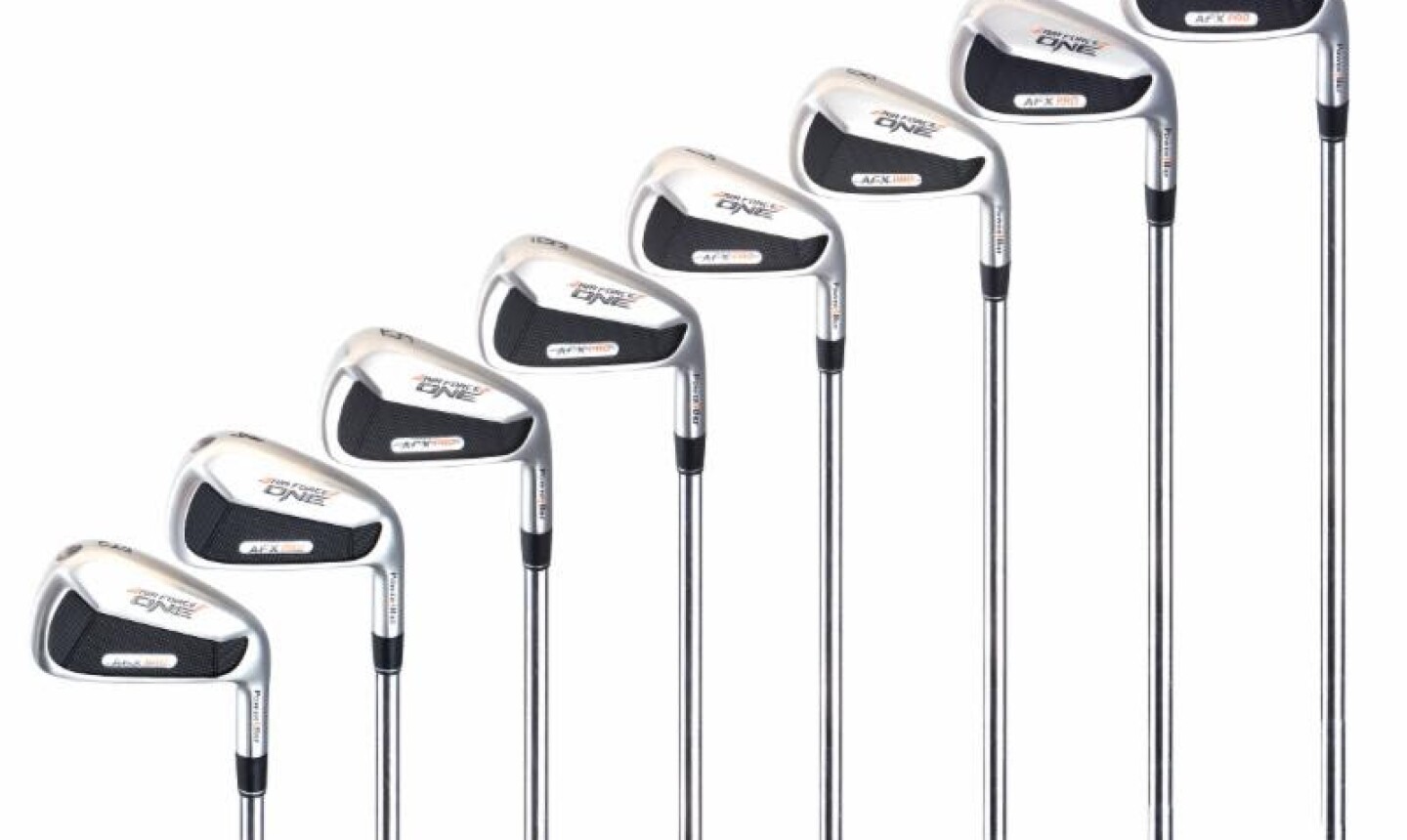 Air Force One AFX Pro Series Irons can be found for a fraction of the cost of mega-brand iron sets. Courtesy of Air Force One

Over the past several years, PowerBilt has been developing a high-tech line of clubs under the moniker of Air Force One. The engineering innovation at the heart of Air Force One is compressed nitrogen, which is loaded into hollow clubheads to provide internal support. Using an inert gas ensures consistency and strength across the clubface while adding very little weight.

The new Air Force One AFX Pro Series Irons ($399-$699, depending on composition and specs) include this nitrogen-infused tech into the 3- and 4-irons, which have hollow bodies and super-hot faces. The 5-PW are built with undercut cavity backs, lined with polymer to dampen vibration on mishits. In this way, the AFX Pros constitute a "blended set."

To see how this soft-cast set of better-player irons handled the turbulence of my game over 18 holes, I strapped into a stock set of APX Pros and took them for a test flight.

Although the AFX Pros are not forged, the soft-cast steel provides adequate feel, along with workability appropriate for the "pro" designation. The lofts run a bit lower than standard, which produces a penetrating but lower-than-average ball flight.

The Air Force One AFX Pro Series Irons are equipped with Apollo 105g shafts, which are very stable. One interesting feature of the AFX Pros, however, is the shaft length, which I found to be .5 inches shorter than a couple other sets (Cobra King F6) I was testing at the same time throughout the entire set. Combined with the lower lofts, the shorter shafts produced 5-7 yards less distance in the air, but plenty of roll, as long as the fairways were dry. They were also extremely accurate, especially in the wind, as the piercing ball flight kept shots nicely on line.

The Air Force One AFX Pro Series Irons are especially well suited for players who have no trouble getting the golf ball up into the air. Given the somewhat shorter shaft lengths, they may also be appealing to shorter golfers (although at 6-1, I had no trouble making clean contact).

Best of all, the AFX Pros can be purchased at a fraction of the cost of mega-brands, so it's worth taking them for a spin around the golf course to see if they fit your game.