Courses with horses: Where thoroughbreds mix with golfers 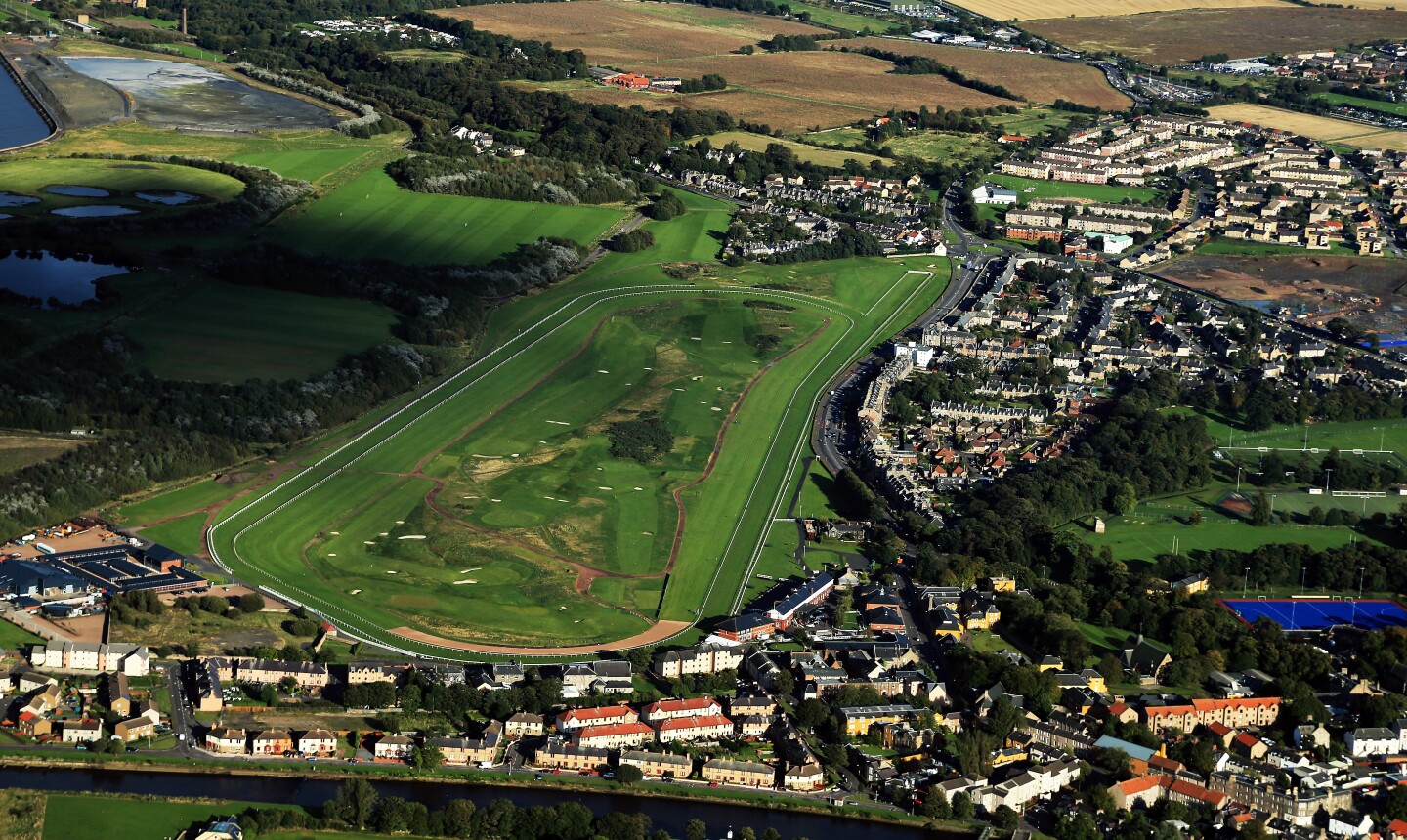 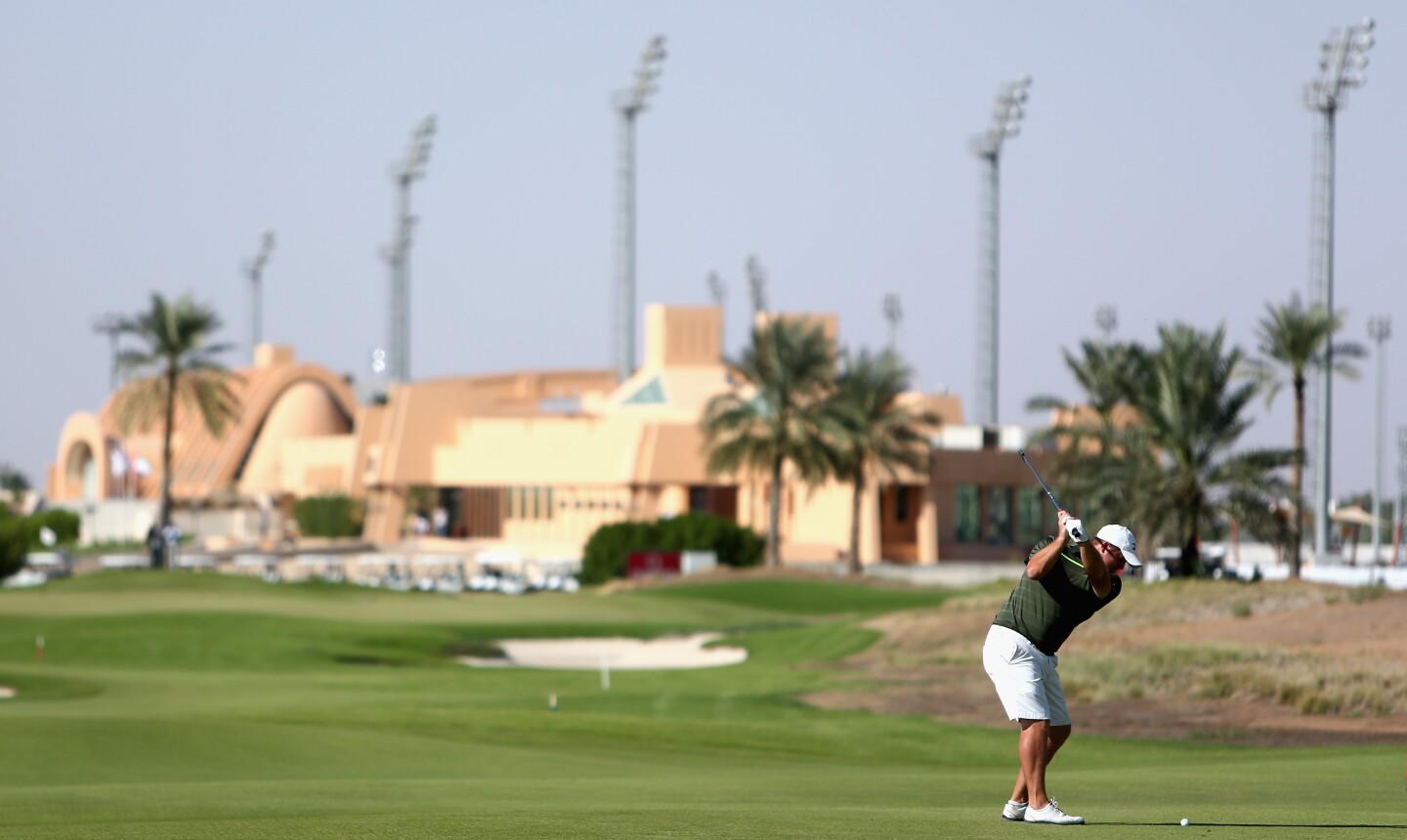 Golf and horse-racing are two sports intertwined in more ways than you might imagine.

I'm not horsin' around. There are courses named after famous horses, dozens of golf courses built inside race tracks around the world and even a golf game called a "horse race."

The phrase "horses for courses" originated in horse racing but has easily translated to golf. In SoCal for example, Tiger Woods has dominated Torrey Pines, but he's famously underperformed at Riviera, a track he's never defeated.

What's next? Golf by horseback? Well, I hope not. I've never ridden a horse, and my golf game is already bad enough as it is.

Horses play through at Teeth of the Dog at Casa De Campo.

In honor of The Kentucky Derby, I'm writing this column to mash up the worlds of horse racing and golf. Both are stereotyped as sports for the rich and powerful, although plenty of everyday people try their hand at them these days.

I've actually experienced the world's most famous course set within a horse track - Musselburgh Links, The Old Golf Course, in East Lothian, Scotland. I played the nine-hole course the proper way - with rented hickory-shafted clubs - during my first visit to Scotland in 2013. The 2,954-yard course, tucked inside the Musselburgh Race Track, is touted as the oldest course in the world still in existence. Billboards located near the second tee give players a sense of its historical timeline. Mary Queen of Scots is said to have played on site prior to surrendering to the Confederate Lords in 1567. The first documented evidence of golf came in 1672.

The first hole at Musselburgh Links, The Old Golf Course

Playing through the rails and over the racetrack on a few holes felt quite odd. The scorecard actually explains what to do when landing in a hoof print, but that was one hazard I managed to avoid. The sod-wall bunkers were another story.

I'm truly amazed at how many other courses offer a similar experience. Most of them are overseas, according to this story by LeadingCourses.com. The Gowran Park Golf and Race Course in Ireland sports five holes within the nearby race track. On certain race days, golfers must follow strict rules: Parking their cars beyond 11th fairway in the practice ground car park and finishing their makeshift nine-hole loop (holes 10, 11, 12, 13, 14, 15, 6, 7 and 8) before the first race of the day and in less than two hours. The only horse track courses located in the United States are the Fairgrounds Golf Center, built in 1960 in the center of the Sonoma County Fairgrounds Race Track in Santa Rosa, Calif., and the Pleasanton Golf Center, a 4,328-yard executive course built in 1974 inside the track at the Alameda County Fairgrounds in Pleasanton, Calif.

If you're looking for some real horse-golf history, head cross-country to the GlenRiddle Golf Club in Berlin, Md., home to two courses — Man O’War and War Admiral -- named after the famous horses raised upon the grounds of the old stables of Riddle Farm.

The famous horses bred and raised at the Riddle Farm - Man O’War, War Admiral and Sea Biscuit (I never did see the movie) - are credited with changing the history of American horse racing. What was previously a sport enjoyed and admired only by the rich and privileged became one that was supported and embraced by the masses. Arnold Palmer ushered in a similar transformation for golf in the 1960s.

The GlenRiddle clubhouse that houses the golf shop and a Ruth's Chris Steak House was formerly the main stable. Its history is showcased in the museum hall filled with pictures and by several paintings and murals throughout the building. All the stall doors and hardware were saved and preserved. Some are used as tabletops in the bar and grill areas.

The Man O'War course nudges the War Admiral by a nose as the best course on the property according to Golf Advisor reviews. Part of the old training race track now comes into play on three holes of Man 'O War as a strategic cross-hazard. The former Golf Channel Am Tour has hosted a major tournament at GlenRiddle in the past. (FYI, the Man O'War Golf Course is also the name of a popular course in Myrtle Beach, S.C.)

GlenRiddle isn't the only course to creatively use a former horse barn for golf. The International Junior Golf Academy in Bluffton, S.C., held a ribbon-cutting ceremony in 2018 to celebrate its new Performance Training Center. The IJGA spent $2 million turning a 20,000-square-foot horse barn into a state-of-the-art indoor training facility for junior golfers. Nick Faldo attended the ceremony.

I've never heard of an actual 'horse race' on a golf course until I began research for this story. It sure sounds fun. A 'horse race' - called by some golfers a 'shootout' - is essentially an extreme version of match play. You start with 19 players if you're playing 18 holes or 10 players for nine holes. Everybody plays the first hole, and the player with the highest score is eliminated. You break all ties by a chipping or putting contest. This process continues hole by hole until only one golfer is left standing at the end.

As for endings, I'll wrap up this column with a word to the wise. If you're jonesing to play golf while attending a famous horse race like the Derby, bring an extra credit card. Certain courses might jack up the prices to take advantage of the crush of tourists. Saratoga National Golf Club in Saratoga Springs, N.Y., the heart of horse racing country, charges up to $220 during peak times in "horse racing season" from July 19-Sept. 3, up from $160 during summer/fall and $120 in spring. A quick check of the online booking engine of the Heritage Hill Golf Club in Shepherdsville, Ky., voted the No. 1 course in Kentucky in 2017 by Golf Advisor users, revealed tee times for $33-$55 the weekend before the Derby, but with a slight increase to $49-$59 the entire weekend of the event.

Maybe, if the stars align, a winning bet on the right horse will cover a few trip expenses along the way. In that way, horse-racing and golf pair quite well together.

In the small town of Beaver, Utah, the seventh hole is a par five with the tees and first half of the fairway positioned on the grass infield of a very popular horse track; and, the second shot is played over the track and metal railing. Tee shots hit left commonly end up in a massive divot on the track. Also, after tourneys at many courses Utah, those very fun nine-hole bonus events (unless you lose a chip off on the first or second hole) are known as a derby.

The Royal Liverpool Golf Club in Hoylake once had a race track near the golf course. There's are a couple of holes that still have a jog because of the old horse track that is now long gone.

You need to include the race tracks of both the Abu Dhabi Golf & Equestrian Club (Abu Dhabi) & the Nad Al Sheba track in Dubai, both are home to a considerable number of million dollar plus race horses belonging to the royal families of Abu Dhabi & Dubai. I was a member of the Abu Dhabi G&EC for 3 years & also played Nad Al Sheba a couple of times. I had the opportunity to tour both stables on a couple of occasions. I'm not a horse aficionado but I was both amazed & impressed by how these race tracks, stables & just how complex the sport of horse racing is.