Equity vs. non-equity club memberships: What you need to know

In 2008, I was finishing up my schooling to become a PGA Professional at a great club in Naples, Florida. It was your typical male-oriented club with happy members spending lots of cash and not much of a care in the world for anyone associated with the club.

But then it happened: a financial meltdown in 2009.

I vividly remember the day I walked into the General Manager’s office to learn that my position had been eliminated due to budget cuts. This was also the day I reconsidered my career in the club industry. The devastation came fast and left a lot of smart people scrambling to find a solution for a major problem.

Economists say most Americans lost at least 50% of their 401k savings in the market crash. Ancillary spending, such as golf outing budgets, was cut by big corporations, individual club members and those who generally enjoyed playing the game of golf. Collateral damage ripped through the private club industry and soon forced board members to get into a locked room and figure out how they were going to keep their club financially stable and prevent a “run on the bank” with their equity members. The fear was that the equity members would want refunds of their initiation fees and exit the club to avoid continued dues.

The financial effects of the recession were staggering as Americans delayed retirement in order to recoup their losses. Here at Golf Life Navigators, our average client was 63 years of age three years ago. Today, our average client is 58, with a 13 month transition time frame to the Sun Belt. This is a great sign not only for consumers but the private club industry as well. Buyers are financially stable again, ready to invest into the next chapter of their lives.

When you think of joining a private club, you can assume that your membership will include some sort of certificate or security as an equity member. This also means receiving a voting right, a degree of refundability and an ability to exit your club without a continued dues obligation should you want to leave in the future. However, post 2009, a new class of membership became widely popular for consumers to consider and take a bit of liability off the clubs’ shoulders: non-equity membership.

Today, nearly 85% of private clubs offer a non-equity membership and consumer buying trends are saying that this option is being selected by more and more prospective members. Courtesy of Lynn Josephson, President of Golf Life Navigators, here is a quick breakdown to help explain the dynamics between both classes of membership:

These descriptions represent the general equity and non-equity membership structures. However, there are cases where you could have an equity, non-refundable option where you would have a say in the club’s governance but have no cash-back possibilities should you wish to resign. Each club will have different language within their documents, so it is important to review and understand them thoroughly.

Looking at the other end of the spectrum, I had the chance to sit down with Dr. Jim Butler, CEO of Club Benchmarking and industry expert on club financials. I asked him how clubs handle equity vs. non-equity membership programs financially.

"Generally, most private clubs will use a percentage of the initiation revenue to put toward capital reserves and eliminating those equity members on a resignation list," he said. "The problem with a large resignation list is that a majority of the club's dollars are being earmarked toward those refunds, while it would be much more beneficial for the Club to combat depreciation of the club’s assets, capital improvements, etc."

"This also minimizes the chances of having to go to the membership for assessment if there is an inadequate level of capital reserves. So, in a post-2009 world, a club is much better served for non-refundable memberships or to position itself in a financially healthy position ahead of what may be a negative turn in the economy. Unfortunately, 2009 left most clubs with lengthy resignation lists of which they are still refunding today."

Butler also spoke about how imperative it is for a club to have a sustainable dues model; this is the lifeblood of the club in good economic times or bad. Without both equity and non-equity members paying their dues, the club could be in for difficult decisions on how to operate in a financially unstable environment. His final suggestion was for prospective members to inquire with the club to see the financials and have a good understanding of the club’s capital reserves. In addition, be sure to gain clarity on the current status of the club’s resignation list. This is part of the financial due diligence a trusted advisor should assist with.

Like previous articles, this is meant to educate you, the consumer. I am certainly not casting a negative light on the private club industry, in fact, I would say the industry is as strong as it has ever been and its evolution since 2009 has been extraordinary to watch. Clubs are more female-friendly, amenity-driven and focused on health-related initiatives than ever before, in an effort to make sure future members can enhance their quality of life. In addition, from a financial point of view, clubs today are much more cautious and don’t get ahead of their skis. Rest assured that your future club’s board won’t let another crisis happen as they will be financially prepared to weather any future economic turbulence.

Bottom line: conduct your due diligence, ask the right questions and, by all means, review those membership documents before signing and understand your exit strategy. By ensuring that you have a complete understanding of your position, whether you are an equity or non-equity member, you can enjoy all the club has to offer and make great new friends along the way. It truly is a wonderful thing to be a part of a private club.

One final note on my confidence for the industry. Back when my position was eliminated, I contemplated a change of careers. After months of reflection, I still had plenty of belief in the club industry, its leadership and the ability to create communities with purpose. Ten years later, I'm happy to tell you it’s alive and well. So, continue to educate yourself, seek a trusted advisor from organizations like Golf Life Navigators and Golf Advisor and at the end of the day enjoy the journey - you’ve earned it.

Discover your dream golf course lifestyle!
Please provide your information below and a staff member at Golf Life Navigators will be in contact to help you.
GolfPass Living

Jason Becker
Jason is the Co-Founder and CEO of Golf Life Navigators. A Florida Gulf Coast University alum and a PGA of America Golf Professional, Jason is on a mission to tell the GLN story and help as many people as he can find that perfect golf lifestyle.
8 Comments

This is interesting. Do you know of any clubs who mix equity and non equity to give the members to be involved or not and make it a choice. Or is it one or the other?

Next year when I relocate full-time to Florida to buy property in a gated, golf community, I will be working closely with an experienced real estate agent who knows property values in the community that is compatible with my needs & pocketbook. Such major life-changing decisions should not involve a PGA pro.

Good article Jason. It’s a well written piece and one that anyone considering club membership should read.

I have been a member of two equity clubs. Both have in place a quit/forfeit equity/no dues obligation clause; if you elect not to take that option and resign your equity payback is reduced effectively by dues owed until a new members purchases.

Over time inprovements occur, leading to assessments, which are not required to be paid in cash-for the most par, the members use the club as a financing entity and experience "capital dues assessments" billed monthly. One club I recently left with a "refund" due of 21k but "due on assessments" bill of about 14k. Thus the "refund" was only 7. So as you go on in years your debt account increases, surrepticiously. That club I belonged to for 13 years.

The other it is well known has no money to honor any equity promise, so its moot. I've been there almost thirty years.

To my way of thinking clubs should not act like banks-members should be required to pay assessments in cash or obtain financing if they wish. I am in the distinct minority on this, however.

The older members, now deceased, ran the club responsibly. When I joined at 35 there was no debt and a small operational line of credit. The young guns are used to leveraging their leverage and its a new game. I would be wary of the "value" of an equity membership. I expect only in very well heeled clubs (Pine Valley, etc) would there be any reasonable expectation of a "return". Clubs are like yachts, they make no economic sense, they are a luxury.

You have not talked about ta third situation. In the 90s , when you bought into a new development , the corporation often controlled the club including dues structure and could change the rules at will. that is the most dangerous situation to get into. At the Cliffs in South Carolina, the developer continued to change the playing field , eventually going bankrupt but not before conning many maembers to put up an additional $100.000 over and above the buyin. After the bankrupcy, the new owners tried to make all members put up an additional $8000 plus to remain while disallowing all previous buy in dollars. I was fortunate to get out after quiting the club. Secondly they told everyone who didn't buy in that they could no longer have a membership associatedwith the property and any new owner of the property could not be a member. today houses are about half value even if you can sell the homes to someone. I don't know where the development is going in the future as I am not associated with it. My advice is to never enter any agreement where you have no control and the developer has all control.

Some great additional insight from my Ray Cronin, Co-Founder of Club Benchmarking. Ray is a member of a Private Club in the Northern United States... 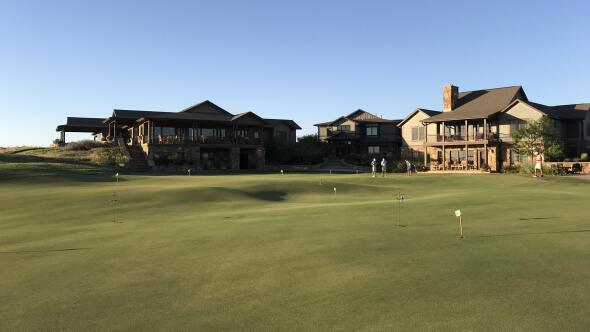 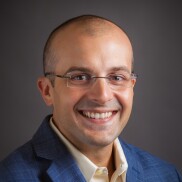 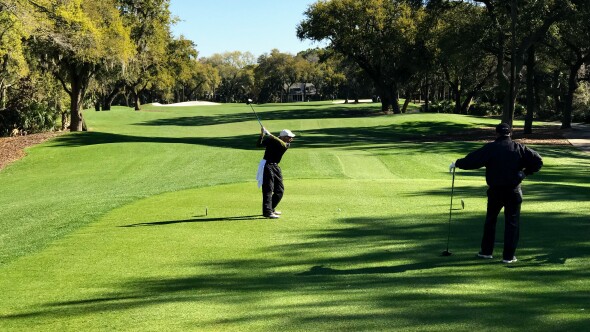 Sponsored Content
7 Min Read
Don't buy that club membership until you answer these questions
5 questions you need to ask before investing in a golf course membership or community. 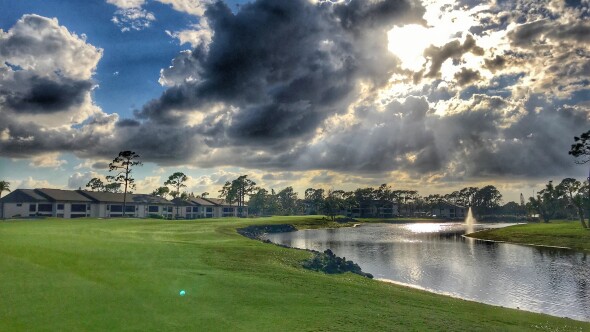 Sponsored Content
6 Min Read
Golf Community HOAs: What you need to know
Frequently asked questions prospective buyers have about the role and cost of homeowners associations. 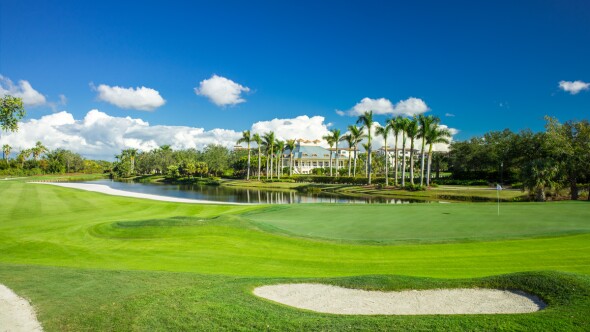 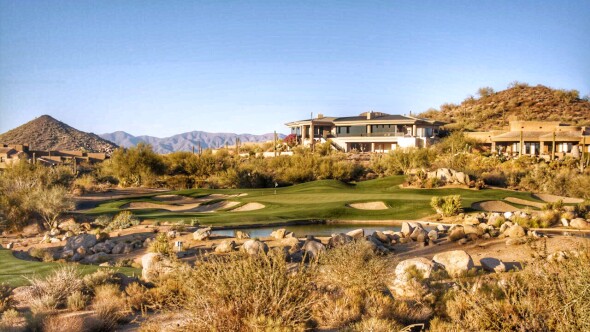 Sponsored Content
6 Min Read
Thinking about the Sun Belt for a winter residence? Before making a million-dollar decision, consider these factors
A PGA Professional and golf real estate expert weighs in.

Tim Gavrich
Senior Writer
Now Reading
Equity vs. non-equity club memberships: What you need to know
Search Near Me