Golf may not be the first thing that comes to mind when you think of Tennessee, especially the small town of Crossville on the eastern side of the state. Crossville is known as the “Golf Capital of Tennessee,” with no less than 10 championship golf courses in the Cumberland County area.

Five of the area’s best courses are located in Fairfield Glade, a resort and retirement community located just north of I-40. About 8,300 residents call Fairfield Glade home; it’s situated on the Cumberland Plateau, between Nashville and Knoxville. Fairfield Glade is popular for “halfbacks,” retirees who moved from somewhere up north as far south as Florida and are now moving halfway back to be within easy driving distance of family and friends. Consequently, you’ll find a lot of people originally from Michigan, Ohio, Illinois, and Indiana here. The area is blessed with four mild seasons and golf can be played year-round. No state income tax, low property taxes, and an overall low cost of living only add to the attraction of residing in the area.

If you haven’t been out to Fairfield Glade in a while, you may notice several differences. There’s now a clubhouse at Dorchester; it opened in 2015. Likewise, there have been some major renovations at Stonehenge, primarily at the grill and pro shop and a new maintenance building was added in 2018. The two courses at Heatherhurst and Stonehenge have all undergone extensive bunker renovation and now feature Better Billy Bunkers, considered by many to be the best bunker construction in the world.

The five courses at Fairfield Glade play out of 4 clubhouses, each with its own practice facility. Three of the four facilities have short game practice areas complete with bunkers. As if that’s not enough, There’s a TrackMan simulator in the Fairfield Glade Community Center where you can play any number of courses from around the world or sign up to take a golf lesson on it. The original nine holes at Fairfield Glade opened for play in 1970 with the final nine 18 holes being completed in 1973. This championship course was located on the highest point in Fairfield Glade and was named Druid Hills Golf Club. The course provides several scenic views of the surrounding mountains and features rolling, tree-lined fairways, lots of water hazards, and well-undulated bent grass greens. At only 6,270 yards from the back tees, Druid Hills is one of the shortest courses at Fairfield Glade. But don’t let the length fool you; it also plays one of the toughest. The course was designed by Leon Howard. The waterfall on Number 14 is probably the most photographed feature on the golf course.

Golf’s not the only thing Fairfield Glade has to offer its residents. There are two full-service marinas and a racquet sports center complete with clay courts, indoor tennis, and pickleball courts. Fairfield Glade has also been blessed with mile after mile of hiking trails.

Springtime is the prime golf season in Tennessee and Fairfield Glade is the place to be for visitors from all over the area. There are a few reasons for this, the biggest being the fantastic golf that can be played within the community. Five beautiful and challenging courses in one location! The second could very well be the weather, with an average temperature of 59 degrees in March and 69 degrees in April.

Fairfield Glade is a golfer’s paradise and with five spectacular golf courses, you can easily make a week of it. Depending on the time of year, many homes in the community can be rented by the month, giving you plenty of time to learn the lay of the land and fall in love with the community. If you prefer to stay off-property, there are several well-known hotel chains in the area. A third option is a Club Wyndham timeshare, available through Extraholidays.com. These units come fully furnished and are available with 1 – 4 bedrooms; perfect for a couples golf getaway or a foursome with the guys – or gals! Several golf packaging companies have put together some tremendous Fairfield Glade stay and play packages.

Golfers in the midwestern states of Pennsylvania, Ohio, Michigan, and Illinois have several golf travel alternatives for their golf vacations. Fairfield Glade and the plateau area of Tennessee has a lot to offer when compared to alternatives such as Myrtle, Beach, Hilton Head or Savannah, GA. It’s a lot easier of a drive – less than an hour from where I-75 splits with I-40 outside Knoxville – and a lot friendlier on the wallet. You don’t have to travel far to get a good meal either, whether you’re looking for a quick bite at the course or dinner and drinks after your round. Each clubhouse has a snack bar with the usual at-the-turn necessities or you can have a nice sit-down meal at the Stonehenge Grille or Legends, located in the Druid Hills clubhouse.

Fairfield Glade wants everyone to know that after 50 years the community is still thriving and continues to invest in all of their golf courses. If you haven’t visited them in a while, it’s time to come back and experience everything they have to offer, During your visit to Fairfield Glade, you’ll have scenic views of the surrounding mountains, good changes in elevation, and access to five golf courses that offer tremendous challenge and beauty. In short, it’s a golf vacation you’ll remember for a long time.

sinclairh31
Played On 03/10/2019
Reviews 17
Skill Intermediate
Plays Once a week
I Recommend This Course
4.0
Previously Played

If you are looking to bomb it off the fees this is not your course. Always great conditions and undulating greens. You definitely are tested to chose the right clubs off the tee and into the greens. This course offers some of the most scenic views of the golf courses in the area. This is also the oldest of the courses in Fairfield glade.

Beautiful views on a short course

OK. I am not some low handicap amateur. I don't hit it a mile -- average drive, 230; 7-iron, 150. Having said that, it was very frustrating to play this very short course. The tips are 6270y and it goes down from there. This course is best suited for seniors. The fairways and greens were in nice shape but it was no fun hitting through the fairway with a fairly decent 220y drive. Irons off a par 4 tee!!! Not for me.

Course is very hilly and has a lot of blind shots to greens. Lots of fun to play

This course was a pleasure to play. Rolling hills, great greens, lush fairways and great views. No two holes alike. Bring all your clubs--you will use them all. The Legends Restaurant at the club has a prime rib buffet on Thursday & Saturday evenings. Best prime rib anywhere. 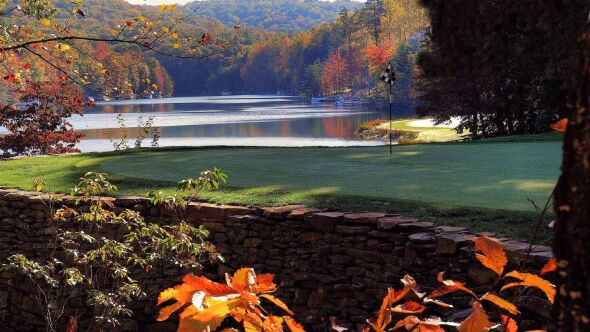 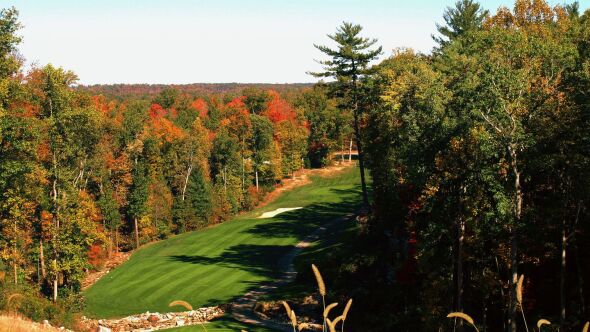 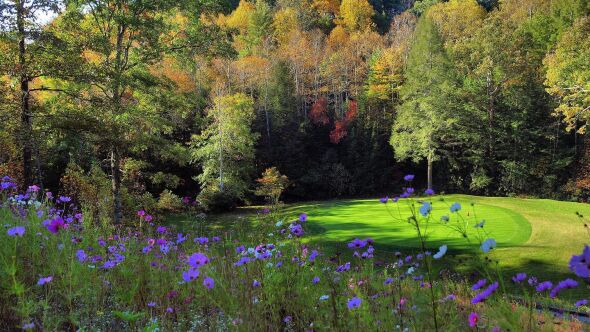 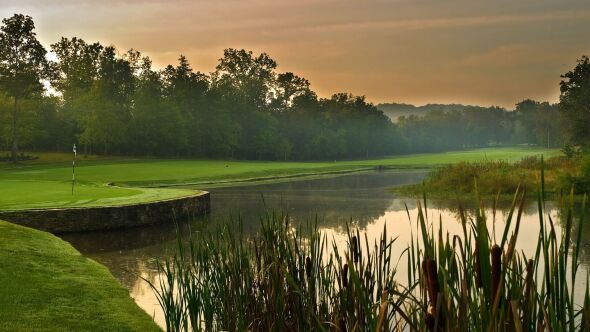 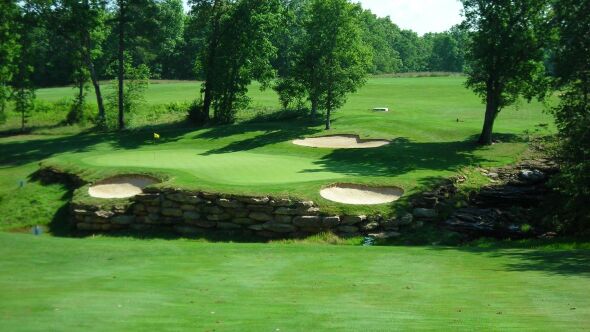 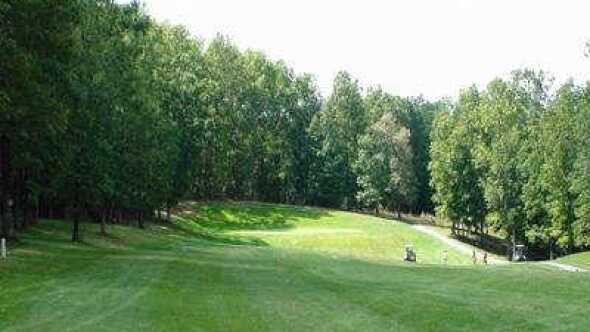 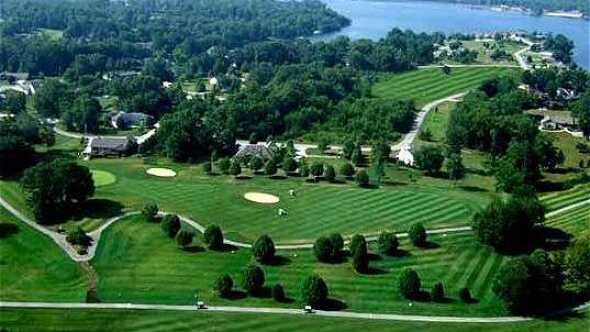 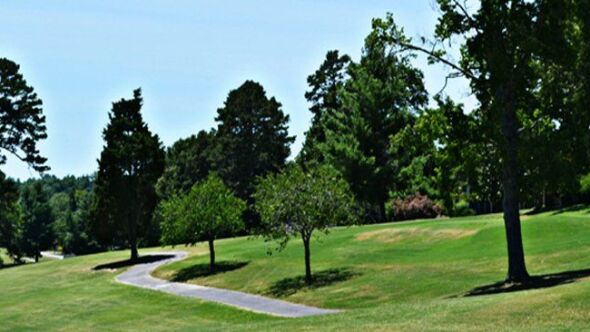 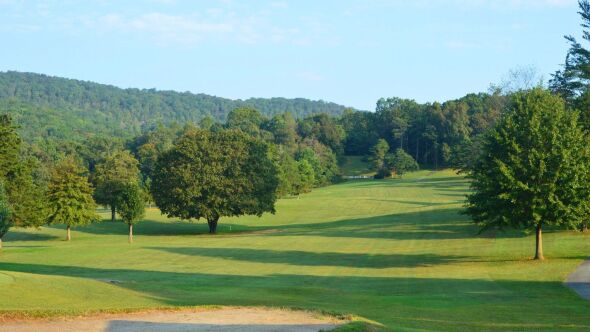 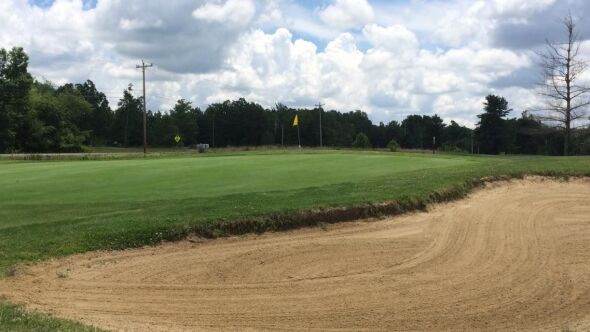 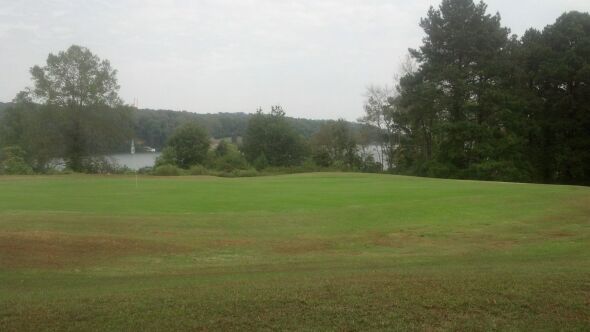 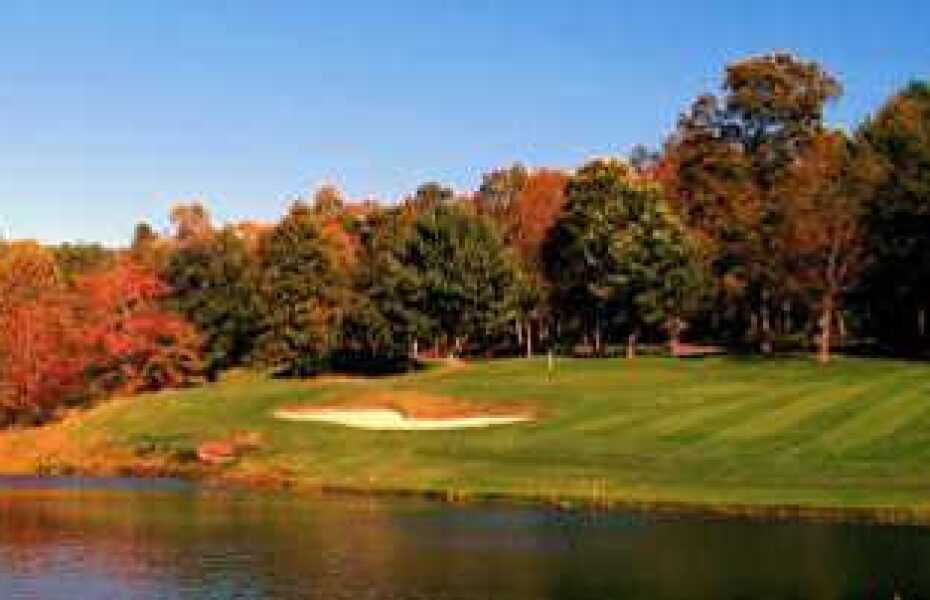