Do not play here

Course is in the worst possible shape you can imagine. More dirt and sand then grass on the greens. Unkept rough, unkept tee boxes. Sand traps have been abandoned and are overgrown with grass and weeds. Unbeilivable they are still taking people’s money to play here.

We were in town for an annual golf trip. We played in Shreveport back in 2004, and played all three nines here. Remember it was a nice course. We were a bit shocked at the condition now. Very nice houses surround this course, but a few greens were quite honestly unplayable, and fairways full of weeds. The bunkers need a lot of work, many of them they have just given up and have grass now growing up through the hard pan. We talked to Hank in the clubhouse afterwards, and he explained the flooding this year killed them. Once the waters receded, they were in the hottest part of summer, and the greens just couldn't recover. They had a hog problem on a couple of greens (taken care of that now), and the normal armadillo issues. They are attempting to fix the issues. With all that said, we enjoyed the layout...lots of doglegs. You really need a GPS unit to give you yardages to the bends. We had one and it was very helpful to have.

Not worth the time or money

Was in Shreveport for work and got out to play in late afternoon. I have to say I was more then disappointed. Started out by having to take a detour to get there due to road work and when I saw the course it only got worse. I have not played it several years and I don't know what happened but this place makes a West Texas municipal look like Augusta. No grass on the course and rough was horrible. Green were look my garage floor and the bunkers were without sand. I am not sure if they lost there funding, are under new ownership or just gave up. It was a nice little layout but no it is just a joke. Hopefully someone there will read the reviews, wake up and fix the course or sell it for development.

I haven't played here in a while and wanted to try it out. I've been playing here since it first opened and this was the worst course conditions I've ever seen. Greens were like living room carpet, fairways were bad and balls getting lost in the rough every time. Not to mention that every single bunker on the course was unplayable. The conditions reminded me of a goat ranch of a course I once played for $8 in east Texas. I love this course layout, but I'll probably never come back.

A fare amount for a fair round of golf

Very much enjoy the layout of this course but it is in dire need of attention from a greens keeper. Understand there is new ownership; maybe this will be the key to taking what is now a so-so golf course and turning it into a special place for cow pasture pool.
Choupique

Tee box and fairways were in great shape. Several greens were not in best of shape but balls rolled really well on most of the others. Would definitely play the course again when I am in the neighborhood.

I played the Oaks/Cypress course and while I felt the course needed to be touched up it was an excellent value none the less. $25 for 18 holes including cart and range balls is hard to beat! The range looks run down but nothing fundamentally work, just needs cleaning up. The course is looking good for mid-August and the greens much better than expected. They were not quite what I would call “shaggy” but longer than I’ve been seeing at other courses making putts slow with little break. Fairways were in good shape, rough not too high or thick. Bunkers are the one area that are neglected. All were turning into soft packed dirt with grass growing in most. If you get in a green side one, the best thing to do is just move your ball out. The course itself isn’t overly difficult but presents a few options you don’t see around here. There are a few short dogleg courses that force you to take less than driver off the tee.

I understand the course was recently sold and it may be things will be looking up for it. It looks a little run down in areas but the basic foundation is still there with a little work. At the current prices it’s a good value and you won’t be disappointed.

The greens were in excelent shape and that is saying alot for the Month of July and August in the south when temps reach over 100. If I had anything negative to say it would be the sand traps. The dirt (not white sand) is compacted and hard to play out of, but the course is in great shape overall. I would highly recommend.

Not bad for the money

Greens need a little work driving range as well other than that I like playing there those that are used to playing prestine courses would probably give a worse rating but those out for the love of the game and the sheer joy of just being out of the house and on A course will enjoy it no matter the condition.

Overall the fairways were in pristine condition but the bunkers need serious work. They were hard as concrete and if we hit into them we simply picked it up and moved the ball back to a point no closer to the hole. Plus the greens on Meadow 9 were in rough shape. Lots of bare patches and had not been rolled after being punched. Oak 9 greens were in way better shape but same issues with the bunkers.

This is the second time I have played this cousre and will not be returning. Besides the short doglegs where driver cannot be used, the greens were perhaps the worst I have played. On # 15 the ground on the green was so spotty that the ball would not roll in a striaght line nor even on the ground! If the greens had just dirt they would have been better. And the staff said nothing about the greens before we teed off.

Worst shape I've ever seen this course in.

Have played this course many times and this was the worst shape I've ever seen it in. I've heard that they are in some financial difficulties, as many places are. However, the pro shop didn't say a word about it before we started our round. The marshal at the first tee box told us about the greens having a fungus. I understand that this happens but why won't they warn players when checking in, that the course is in such bad shape. The fairways probably hadn't been cut in a week. And on one hole I noticed that the fairway was higher than the rough. It was worth about half of what we paid to play. I know they can get the course back to the way it usually is, and that's why I will recommend it to other players.

Course is very fair to all range of players. The only thing wrong at this time is the greens, they are not in very good shape.

I live in Shreveport/Bossier and this is one of my favorite courses to play in the area. Olde Oaks has 3, 9-hole tracks - Oak, Cypress, and Meadow. For the twilight price ($16 w/ cart after 3-4pm), you won't find a better course, especially when you get a group of buddies together. I'd say I'm a long hitter, this is the only public golf course in the area where the gold tees make you hit 2 perfect shots to get there in 2, even then it's tough! The "Oak" and "Cypress" courses are the ones you want to play, they are kept in 4/5 condition. "Meadow" reminds you that you are at a public course. Bunkers are usually in poor shape on all tracks but decent greens and fairways. Also has a good clubhouse, great putting green, driving range, and chipping area. Again, this is my favorite public course in the area, just wanted to give my honest opinion - if that's worth anything. Happy golfing!

Good pace of play with fun intricate holes. I would recommend it for anyone in the Shreveport area and within an hours drive.

The greens had almost no grass, and they had run out of carts because they booked to many tee times.

Hal Sutton designed a gem here but lack of attention has left it a dog track. Pro shop was attentive but grill staff and on course staff seemed like summer hires who couldn't be bothered. 5 dollar muddy range balls. No course Marshall. Drink cart on course that never made it to us in 18 holes. On course bathrooms that were overflowing and unflushable...and bunkers that have no sand in them just raked mud... Would have liked to see this course before it was run into the ground....

Length for seniors is very good and gives us the opportunity to score.

Marshall was very courteous and informative and concerned for our round as we were behind 2 foursomes that were playing each other for money so they were not playing as fast as I would think was normal. Granted we were a twosome and were finally asked to play through twice by the first group and once by the group ahead of them when we had only 2 holes to play.

course was in good shape, only issue we had was a sixsome a couple holes in front of us and no marshal to break them up. should never let a sixsome play EVER 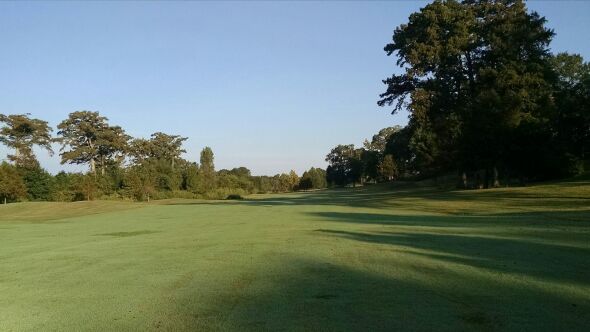 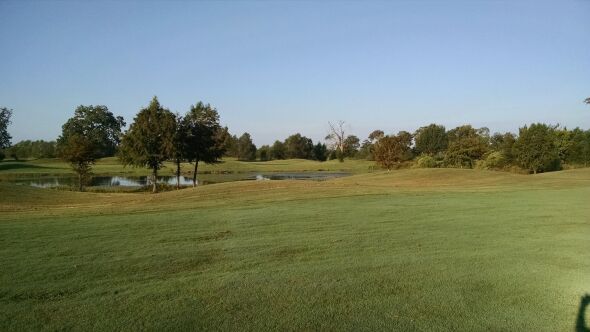 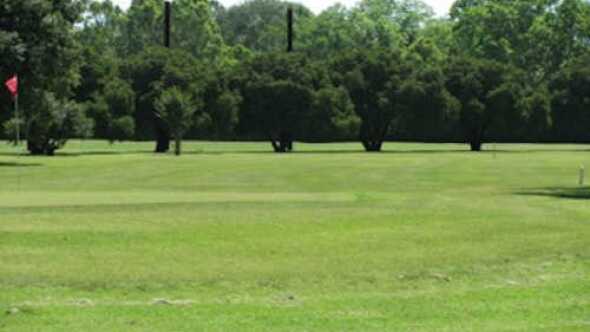 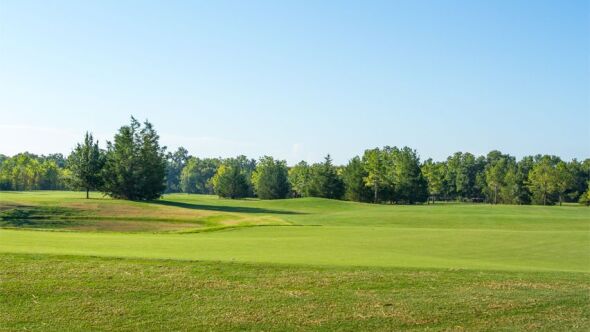 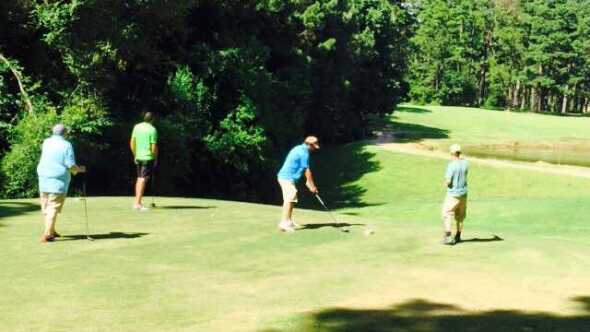 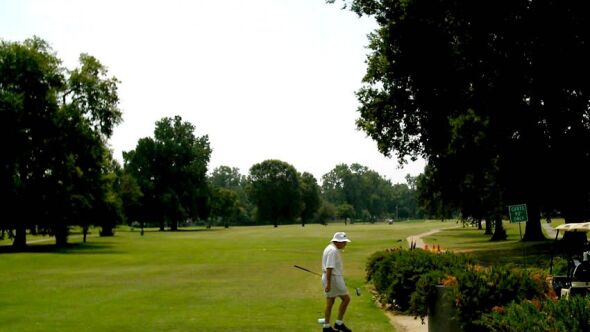 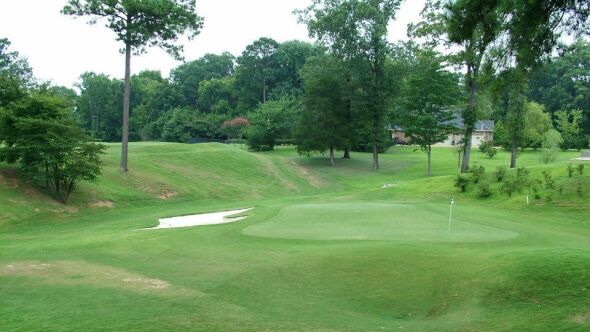 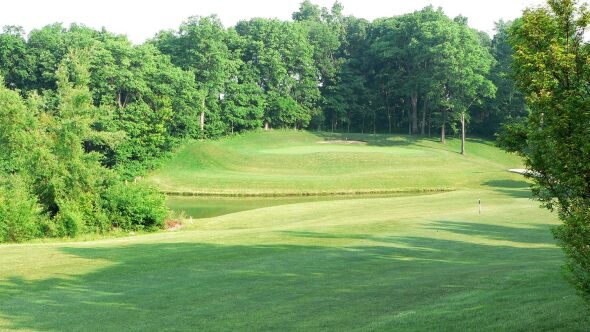 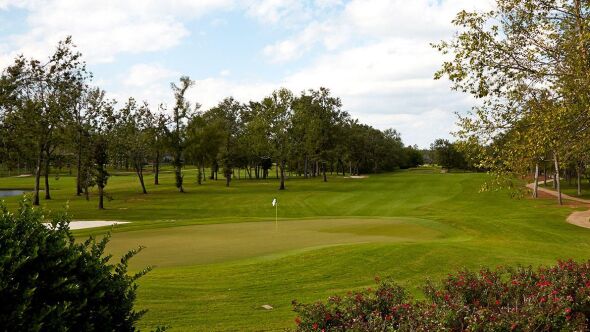 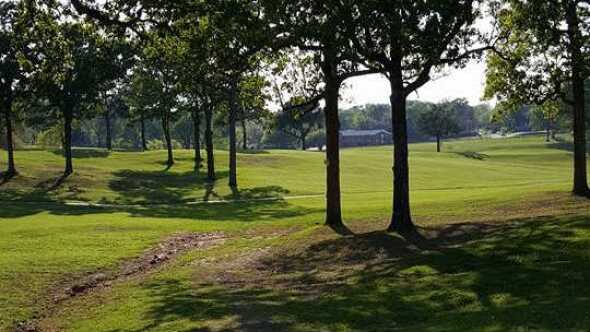 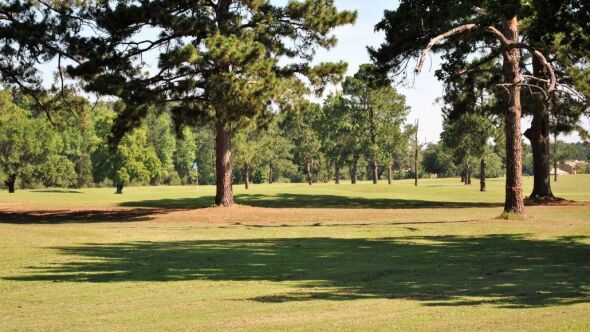 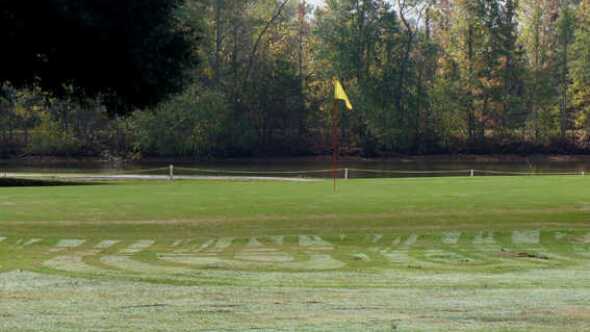 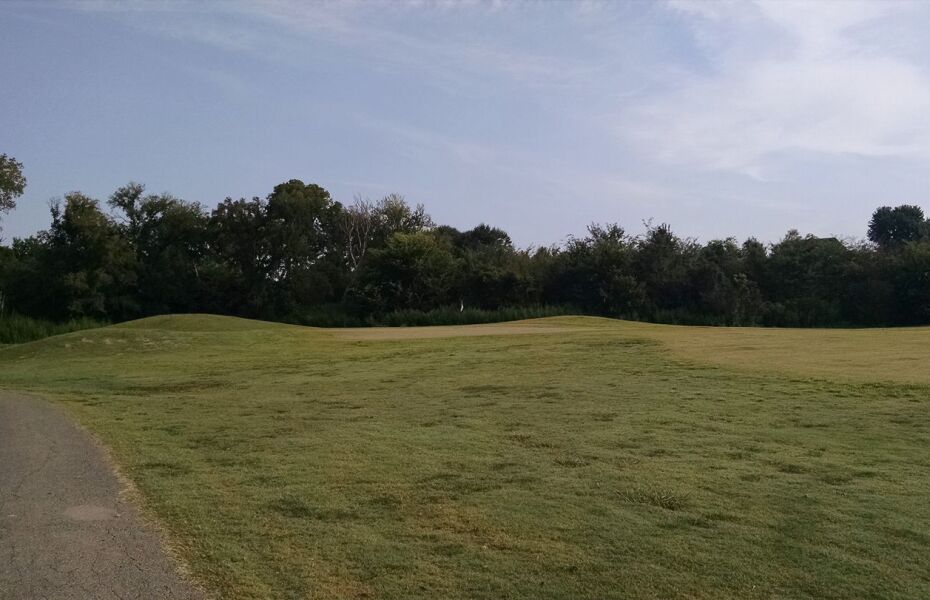 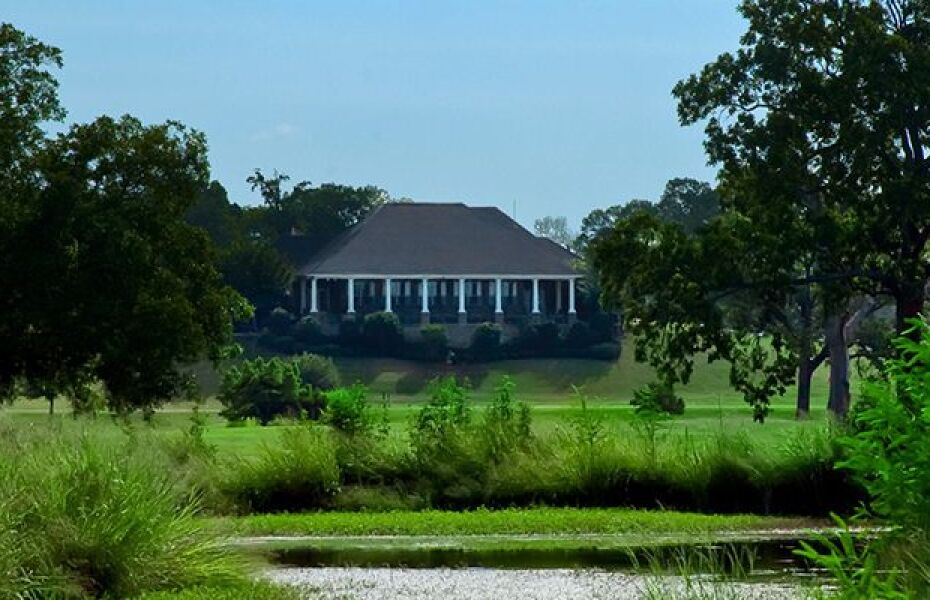