Course Challenges Include:
Bunkers 6
This course/club is great for:
Locals 7

The course has a decent enough if somewhat boring layout, absent a handful of interesting holes with some doglegs. Most others are straight and mostly flat with bunkers off the fairways. But the problem is that it seems like every single green is the same thing- elevated with big bunkers front left and front right with high faces. By the 12th or 13th one in a row with the same thing, it detracts. And the greens are quite simple, some minor slope but not much else to them. Conditions were pretty good. If the greens had more variety I would give three stars.

Course was in ready state and greens were in great shape for first week of winter.

The layout is short and playing from the tips is not a challenge length wise. The course has lots of dog legs and fairly straightforward with no blind shots. From a condition perspective, it doesn't get as much attention compared to the Red and White. Lots of browning on the greens but still playable. After playing all Eisenhower courses in the past two weeks, the one thing I did notice is that the course does not rake the bunkers. Being one of the first three groups out each morning, there is no reason why the bunkers shouldn't be fairly smooth but it looks like they haven't been raked in weeks. I guess maintenance just focuses their attention on cutting the grass.

Surprisingly fast round today. Teed off at 730 and really cruised. A major issue with this county course is the old men and hackers that slow the pace. Even thought the group in front of us was slow they still kept pace and we played in under 4 hours. We only waited on them for the last 3 holes.

Now to the course. Blue is short and wide open. If you want an easier test than the Red then this is your course. I personally find the White to be boring, unimaginative and annoying. Every hole is narrow, two bunkers on either side of the green and the green is elevated. At least blue has some fun holes. Only 6k from the tips so honestly it’s not a long course at all. The greens were the fastest I’ve ever seen at Eisenhower and were in generally good shape. A few years back the head keeper, who from what I heard was not qualified for the job, killed most of the greens on the Red. Some of the bunkers were in bad shape with wood still holding lips up, but overall the course was in decent shape. I really wish people would learn to fix their ball marks though.

Our threesome had a GolfNow reservation at another course but to our dismay about 85% of the courses on Long Island were closed due to "snow on the ground" so the course we booked was closed. We called Eisenhower and they were open for walk-ins and quoted as an over the phone price of $36 for 18 holes of walking golf. We raced over and upon presenting our IDs for payment were promptly told we were "non residents" (we live in Queens) and our $36 charge was bumped to $50!!!! With not much choice and an itch to play we swallowed hard and paid the additional $14 per person. The course was like playing on concrete. We had fun because of our group but the pace of play and the overall course was a disappointment, especially at $50/person to WALK the course.

ANYONE WHO PLAYS GOOD GOLF KNOWS THE WHITE COURSE IS SUPERIOR TO THE OVERRATED AND SLOW MISERABLE PACED RED COURSE AT EISENHOWER , IF THEY PUT SOME MONEY BACK INTO THE WHITE IT WOULD BE ONE OF THE BEST GOLF COURSES IN NASSAU COUNTY , BUT EVERYONE LIKES THE MUNDANE MEDIOCRE RED ,,, SAD

Played the loop in 3 1/2 hours which is unheard of here. Tee boxes could use some attention. Fairways were in good shape however the rough is tough. Greens were moderate in speed but were true. Over all a nice experience and pace was excellent.

Have waited and waited to play the red. Similar set up to Beth page but my oh my what happened to the greens. Number 4 was temporary but they should have at least 6 other greens temporary as well. It's off the bucket list but I will not return

Played today with 16 old daughter played front 9 in two & half hrs played back 9 in 3 hrs what a bad day . No rangers they want to promot golf to kids who wants to spend five in half hrs on a golf coures . Now i know why golf is on a decline !

Red was a Nice Course, but play was slow

This was my first trip to Eisenhower. I usually avoid it because it's always crowded, but I've always wanted to give it a try. I played the RED course starting at 12:30 and was only able to finish 13 holes by 4:40 when it got too dark to finish. That's just way too slow for me. The course itself was very nice. A nice par 5 to start and loosen up, followed by several dog-legs. I liked the bunkers around the greens, which forced you to hit quality shots on your approach. The green on the 12th was a killer as was some of the pin-placements but overall, I enjoyed the round.

Very surprised by golf course as many told me not to play Blue. As a 3rd year player the course gave me enough of a challenge, and was surprised by the bunkers near the greens at all the holes.

I enjoyed my first time experience at Eisenhower Park Blue Course. As a beginner, it fulfilled all I needed to handle on a golf course. I enjoyed the layout and bunker placement. I would deffitnilly recommend it to my friends and anyone who ask about it.

I book the tee time on golfnow.com and worth every penny. when i saw the rate without pre book and not resident of Long Island, its exreteme expensive. 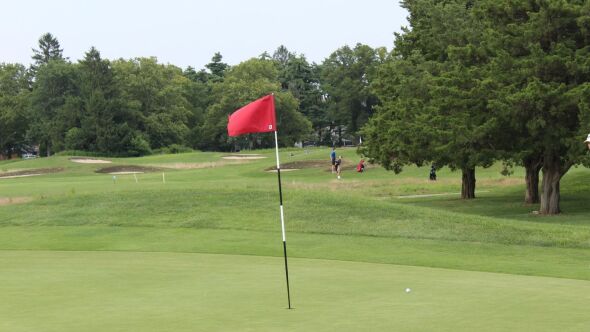 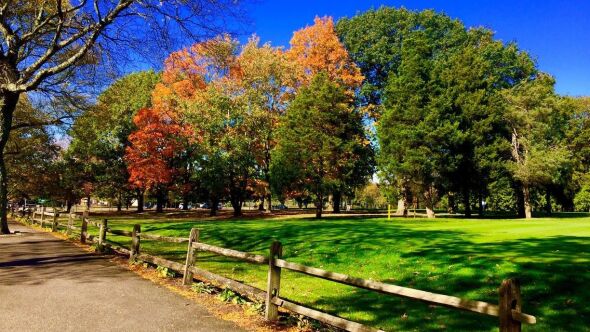 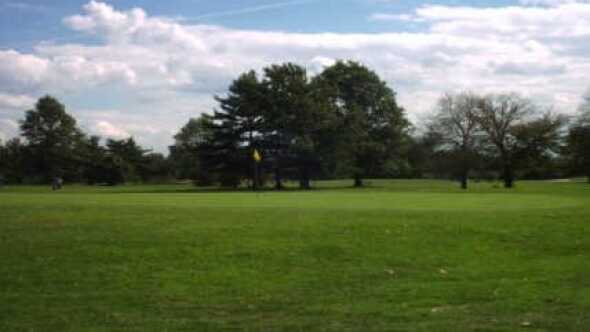 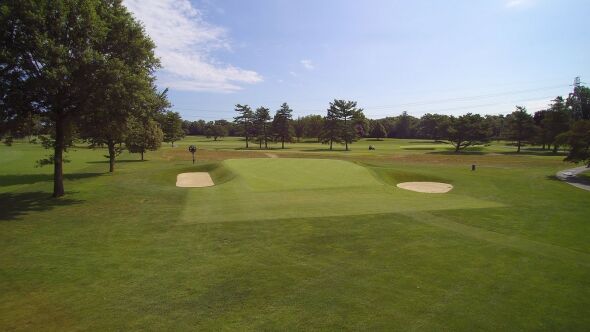 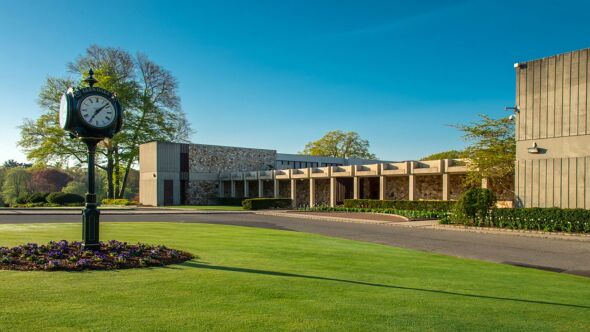 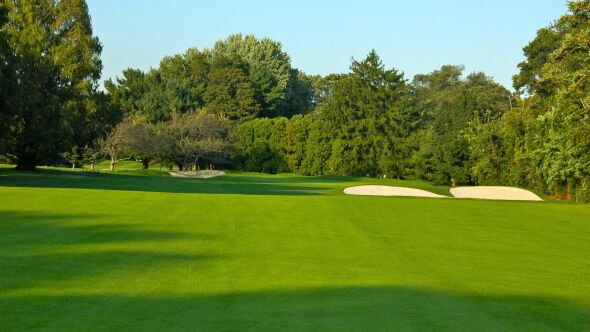 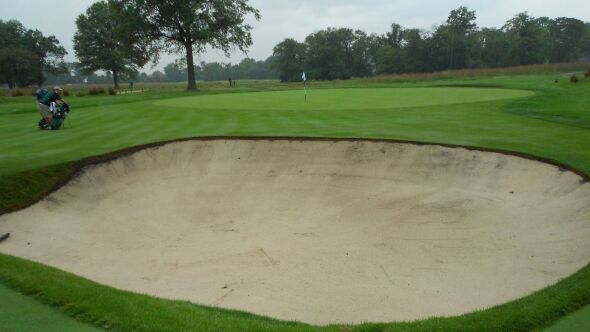 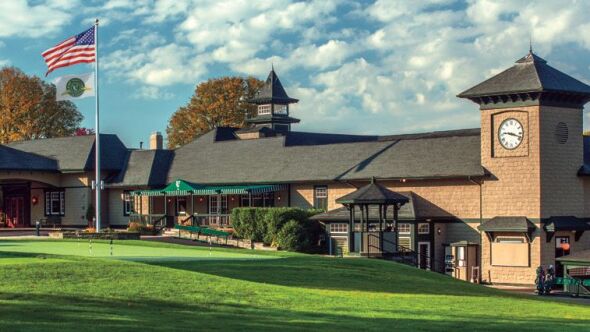 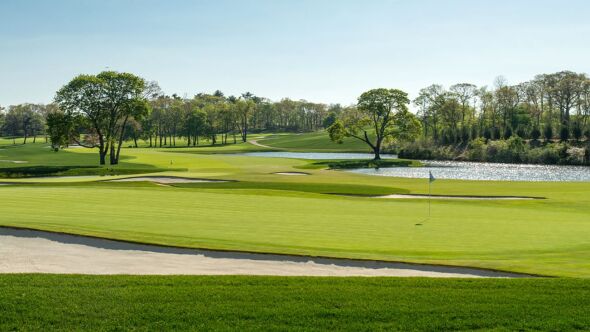 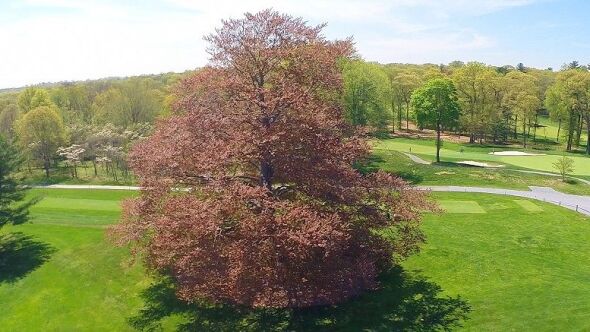 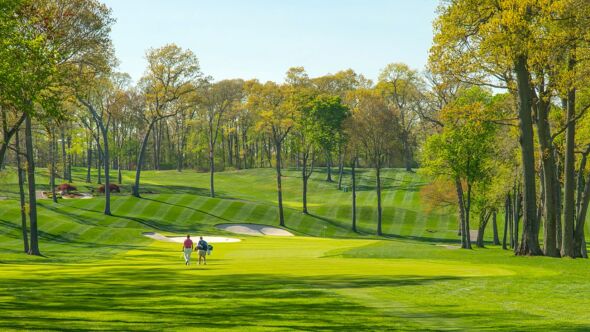 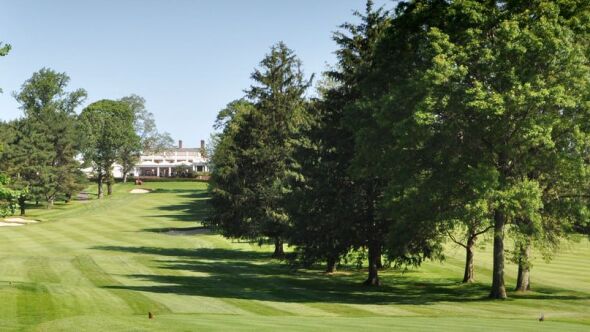 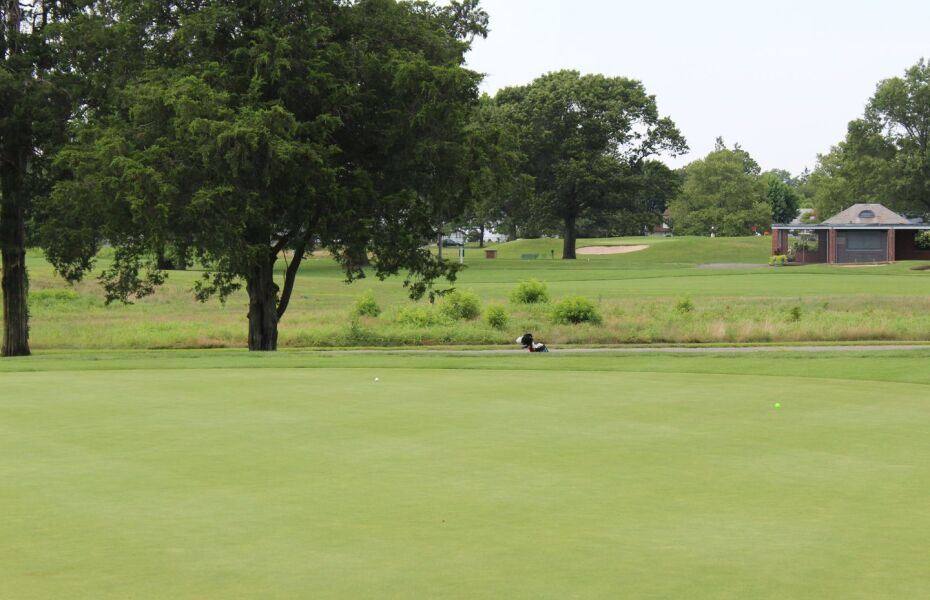 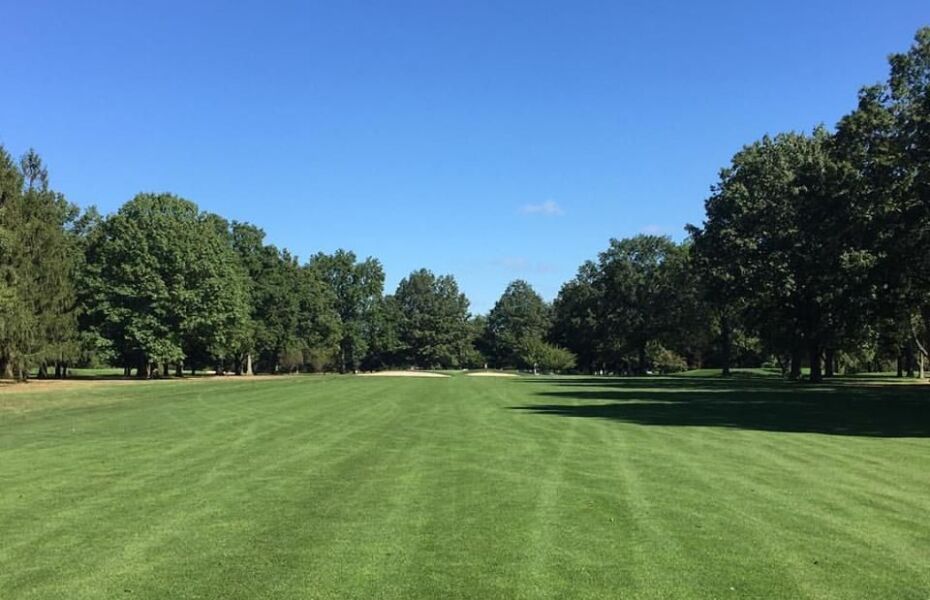 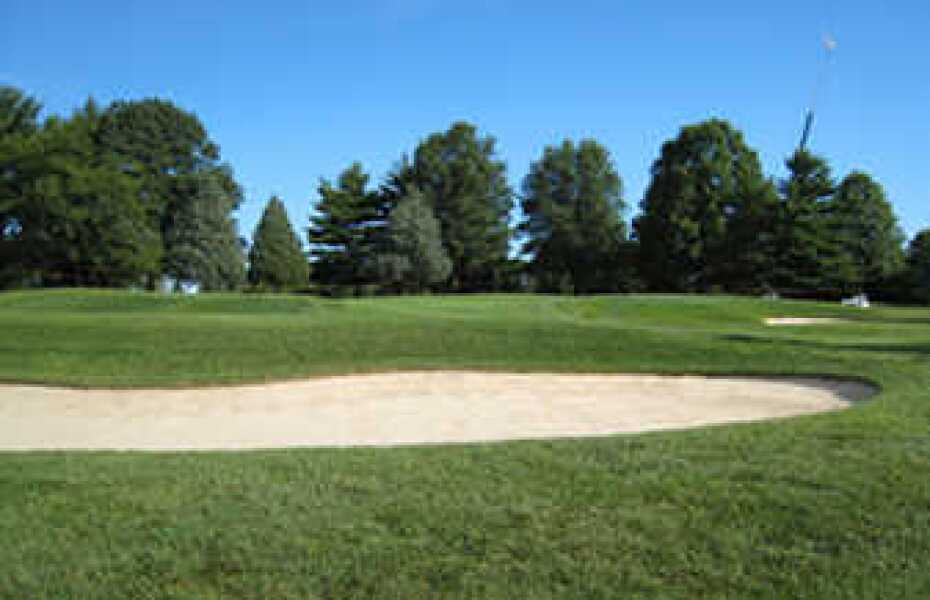