Fun play with last 5 holes along Atlantic Ocean. Greens were in good shape but the rest of the course was dry/sparse on grass. Staff was great.

It will have to do..

Once I saw the course from the road I knew what I was getting into. Brown patches, bare patches, bunkers lacking sand, to spotty tee boxes. There were no fencing so locals freely and frequently walked across fairways and used cart paths for exercise. At check in you will notice the fully stocked pro shop as well as the lack of cars parked in its lot. I felt the usual rate of $120 was just not reasonable based from my initial impression seeing it from the road so I waited until the twilight rate of $69 after 2pm. Although I was not paired with anyone, i was still charged the riding fee for my wife who decided to come along. The cart attendant was very nice and even came by us mid round to check up on us. Due to the lack of other customers, I breezed through my round. I was pretty lenient on myself playing lift clean and place on the fairways because of the inconsistent conditions. The upkeep of the fairways , rough and bunkers I'll rate at a 1 out of 5. Bit once you get to the greens, Wow.. You can tell this is where they pour the money on. I'll give the greens an easy 4 out of 5.the layout of the front 9 was pretty benign. After the 12th hole, who cares about the rough shape of the fairways. The ocean views were incredible. This was truly an ocean side course. I even deposited a couple balls into the Atlantic. Over all, I feel that the impeccable greens, the back 9 views, the free shuttle to and from the Marriott, the accommodating cart attendant and the minty icy towel he gave us in the end.., make up for the unpleasant fairways, rough and bunkers. It is also the only choice for golf in the island for those who can't stand going through a week without swinging a golf club. All things considered, I'll have to give it an average grade.

Cost $135 to play this course (excluding club rentals), Not worth it. Although the greens were "country club" like the fairways can be compared to public courses. It was like playing on dirt. Although I couldn't confirm it I was told that the course was 50% privately owned and 50% government owned, May explain the lack of maintaining the fairways. Photos I saw showed lush fairways. Don't believe it. Given that it was February and I haven't played in months I looked forward to warming up on the range but it was closed. Another issue is they allow people to take walks (non-golfing) and bike around the course. Some are totally clueless has they little consideration for the golfers and you are literally hitting into them. Came close to hitting a biker as I did not see her given the "dog leg". Two positive notes were the moist towel t the end of the round and the rental clubs. Would not pay to play this course again.

Strangest thing was the surroundings (more about that later), but great holes right on the Atlantic, incredible views final six holes, even nice view on third Hole of Caribbean and island of Nevis. Holes were fun and well designed.
Greens were fine, but fairways and tees were weeds. I played 36 holes alone in under six hours on a Sunday and only saw 10 other golfers.
Ok now for the surroundings. Lots of non-golfers walking the course. A few times when I left my cart I was afraid my stuff would get stolen. In fact u have to carry ur own rake n ur cart instead of leaving them by bunkers. Marriott has not done a good job controlling the property adjoining the course. I was approached twice by locals selling balls.
Fun of the holes and views make the course worthwhile, but conditions and surroundings make it very unusual. Staff inside was indifferent, but outside staff was very helpful.

A Caribbean gem waiting to be polished again

I played Royal St. Kitts three times during the Admiral's Cup Pro-am, a cool event in its seventh year that brings four-person teams from throughout America, Canada and the UK. Every round was a treat.
A completed redesign by Canadian Thomas McBroom in 2003 spruced up the old Frigate Bay Golf Club and made the island golf-trip worthy.
A steady breeze - sometimes a bluster - added an extra layer of challenge. Course conditions were mostly solid. Besides the bare spots in certain fairways, the greens were a little slow, but they were better than the Four Seasons Nevis course on the sister island next door.
The front nine lacks aesthetics, yet still offers some stout holes. The finish of the back nine makes the day. When you're standing on a hill above the 14th green, the view of the ocean blue dominates the horizon. The same goes for no. 15, a par-3 playing down to a bunker-laden green. The next two par 4s hug the shore, so don't tug your tee shot left.
Royal St. Kitts might not be one of the most coveted courses in Caribbean. However, in my book, it certainly ranks among the most fun.

After looking at the pictures, I couldn't wait to get to St. Kitts and play this course. When we arrived, as we passed the course coming from the airport, I was sure that the course we passed was a muni course, not Royal St. Kitts. It looked like a goat pasture. It ended up being the front nine of Royal St. Kitts.

The course is in horrible condition. I should add the greens were in excellent shape, but the tees and fairways were in horrible shape. You couldn't tell where the fairways began and ended with the rough. It really looked like a muni course.

From a layout perspective, the front nine was a little boring, but that could be because it was just not even pleasing to look at? I did like overall layout, and the back nine layout definitely improved.

The last 4 finishing holes are spectacular right along the ocean. It made the round worth it. There was literally only one other group on the course, so the pace of play was perfect, and we did enjoy the round. But course looks nothing like the pictures from a condition point of view. If not for the last 4 holes, would have really been disappointed and asked for money back.

As a Canadian, escaping from the frozen northern tundra during February is bliss. When it's to the Caribbean, its even better when your destination is the Royal St. Kitts Golf Club on the tropical island of St. Kitts (about 2.5 hours from Miami). The golf course was the first on the island, and its stretch of finishing holes, 15-18, are some of the strongest I've ever played. The whole course is, essentially, through swirling winds. But the setting, the collection of par-3's (including the par-3 15th), and the condition of the greens make this course a thrill-a-minute. Some spotty conditioning on the fairways, but overall, a very strong island golf experience

I'll admit I have a soft spot for St. Kitts, which I played four years ago. I shot one of my lowest rounds - a 75 - that day. It's gentle contours are forgiving, and the ocean views on the back nine are inspiring. It's too bad this is the only game in town. You have to sail to Nevis to play at the Four Seasons to find another championship course. 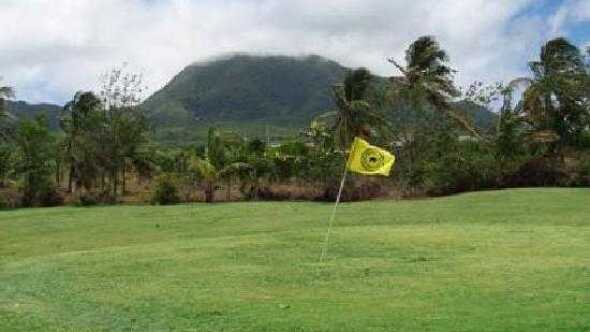 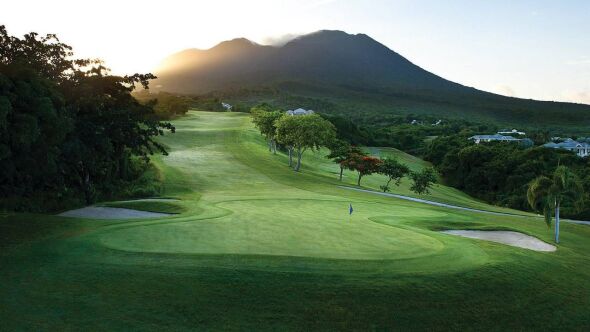 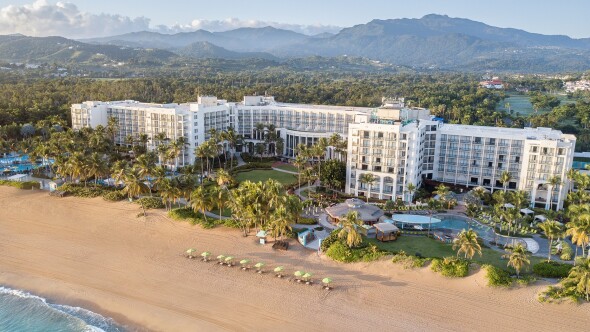 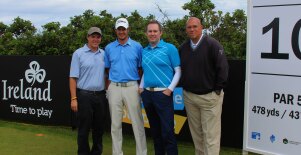 Articles
Why pro-ams are the best events for amateurs 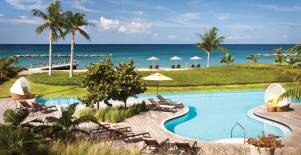 Articles
Nevis, an island paradise in the Caribbean, is more than a short vacation stop for the lucky few 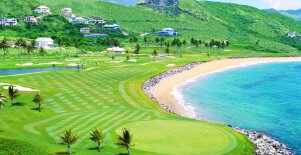 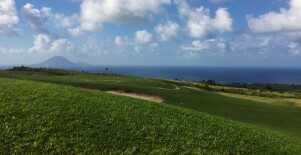 Galleries
Will these Caribbean golf courses stuck in limbo ever open?
Next Page
Load More 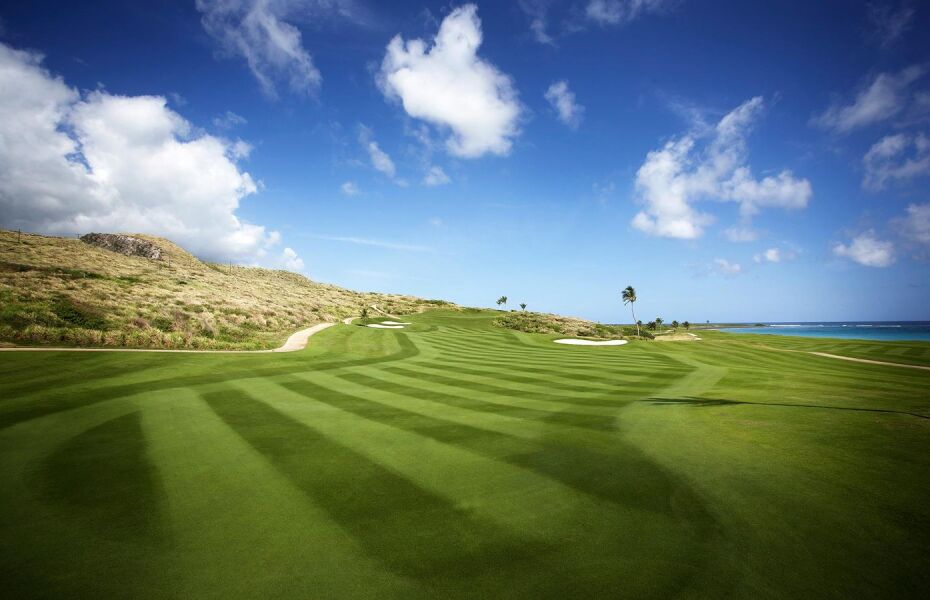 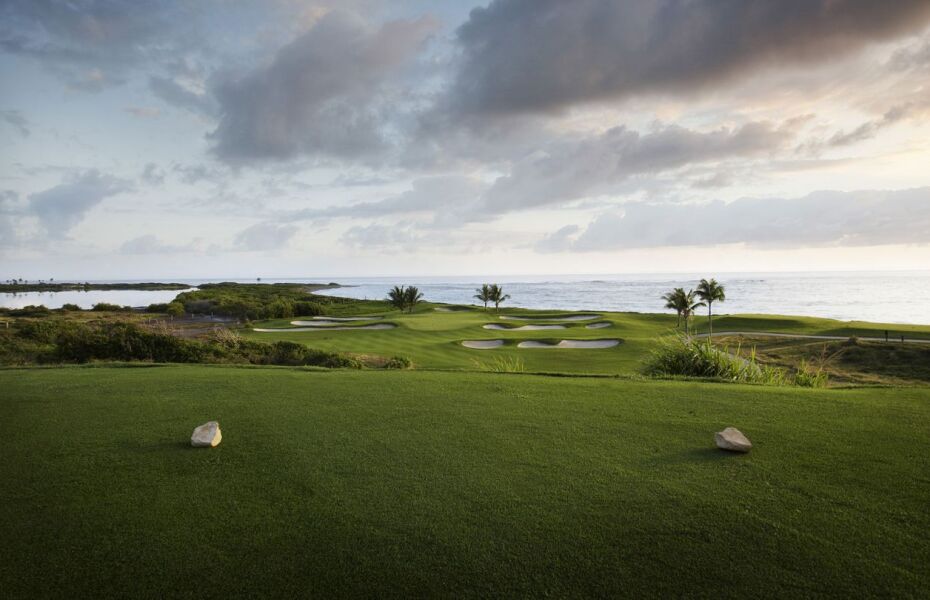 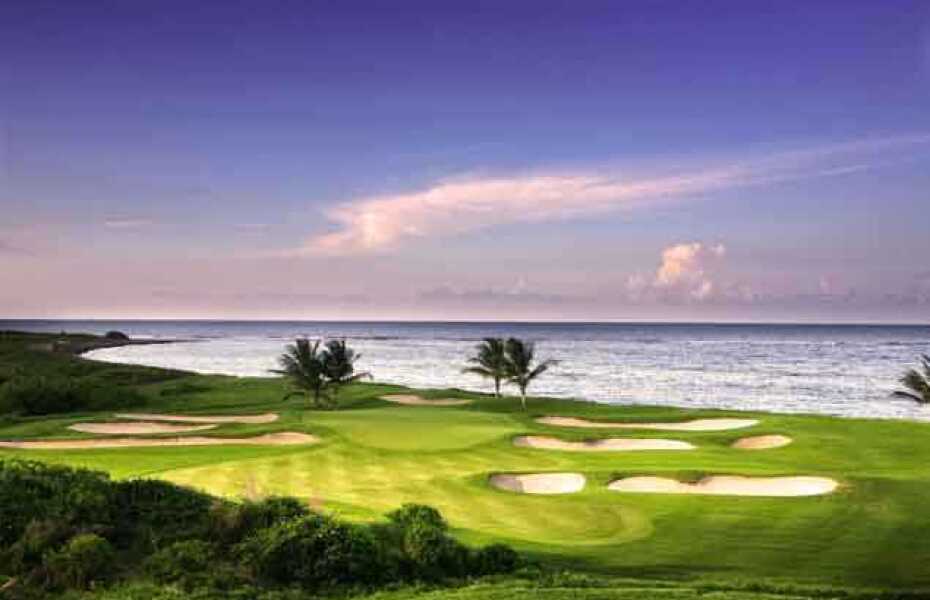