Moose Run was fantastic. Wife and I tried out the Golf Boards. Pace was wonderful never felt rushed or delayed. Tee Times were spread out nicely.

A lovely walk in the woods (and great golf too)

Moose Run was a “bonus round” on my trip, so I was able to take some luxuries that some of the other rounds didn’t afford (like not having to play in lightning speed), and this turned out to be a great course to do so on. I played the blues at Moose Run (the 6781/73.3/139 looking plenty tough to me) and quite frankly, the blacks might have ruined my day. I thought the course had plenty of challenge from where I played.

The design of the course is what struck me the most so I’ll start there. I’ve played several courses on this trip with split fairways (including one I highlighted at Forest Dunes that really forced a decision), but none of them were quite like number 5 on the creek course. There is no middle ground hazard to play out of (ala the sand at #6 – or #10 for that matter – at Forest Dunes) there is a full blown Alaskan wilderness forest between fairways (and given the black bear that had just been reported a few holes ahead, that is something to consider). The fairway to the left (the “shortcut”) is decidedly narrower, and requires a very precise shot to continue using the same ball for your approach; while the right fairway has a very generous landing area, but a considerably longer approach. The website has a flyover of the hole and it’s worth checking out before you go (or even if you can’t go).

There’s also the par 5 ninth which has a relatively small green protected by a late-breaking dogleg and a creek in front. My approach wound up being completely blind because I positioned myself a bit too far left and had a stand of trees between me and the green (and the creek, and the bunker…). It’s a fun hole, but certainly laid out to let you know if you misplay it.

Overall I thought the course played to it’s rating and provided a fairly stiff challenge. I played about three strokes higher (relative to rating) than I have over the last week or two of this trip. Many of the holes seem straightforward enough; however, elements like heavy bunkering at the choke point on 18 increase the premium on playing sold golf tee to green. For example, a poor tee shot - of less than 190+ or in bad position - on 18 makes laying up almost a necessity. Although, with a good tee shot (something I failed to produce on this hole, only getting 178) and you can play over the bunkers as if they aren’t there.

The course isn’t heavily bunkered, but the traps that are there are well placed. There isn’t a lot of water either (although the creek does come into play on a couple of holes); rather, the course uses its native timber land as its defense. With just enough bend in most holes to keep the forest in play for wayward shots, Moose Run requires accurate shots without being overly narrow.

From a purely aesthetic standpoint, this course is beautiful. It is cut straight out of Alaskan forest and if you walk the edges of the fairway and look toward the trees, in many places you might as well be on a mountain trail. The additional views of the many mountains surrounding the Anchorage area are terrific as well.

As it is a military course (the first I have played) I was a little nervous going into it about the service experience; however, everyone I encountered at Moose Run was welcoming and engaging (I’m still not certain the “if the bear’s hair stands up and his ears go back, it’s a sign he wants to be petted” advice was completely on-point though). At no point did I feel I was intruding or out of place as a civilian.

If you have a chance to play the Creek Course at Moose Run, I certainly advise doing so.

This course is difficult. There are a few very unique holes including one where you have to hit a green you can't really see over a pretty large creek. Tough hole for sure. The course was in great shape, the greens were great, and the staff was wonderful. It's probably the most challenging course in Alaska. I recommend it highly and it'd be the #1 course I'd suggest to any serious golfer coming to Alaska.

Golfed here at the end of my vacation. Im from Florida so im used to the Florida courses but this course was something special. The course was in great shape and the design was something so special. Never played a course this beutiful ever and it truly was one of my most favorite rounds of golf i have ever had. So much fun playing, and a lot of wildlife around. When i come back to Alaska, I'll definitely be back here playing 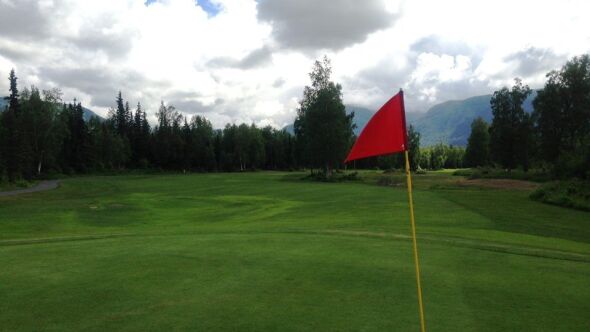 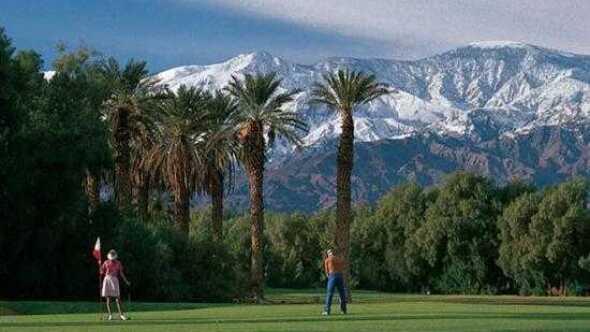 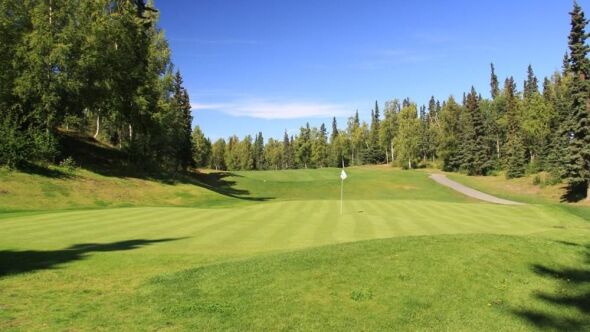 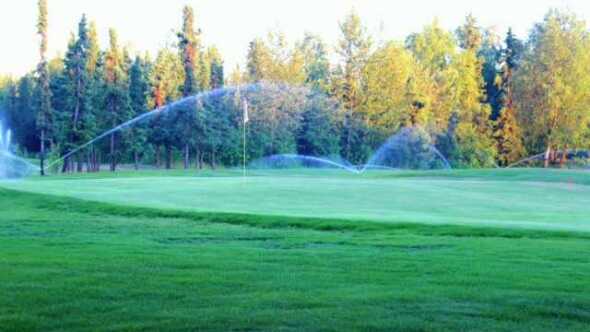 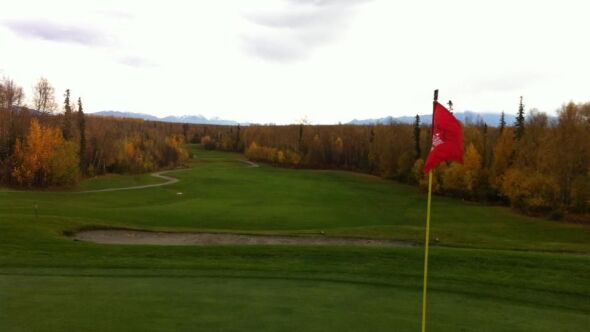 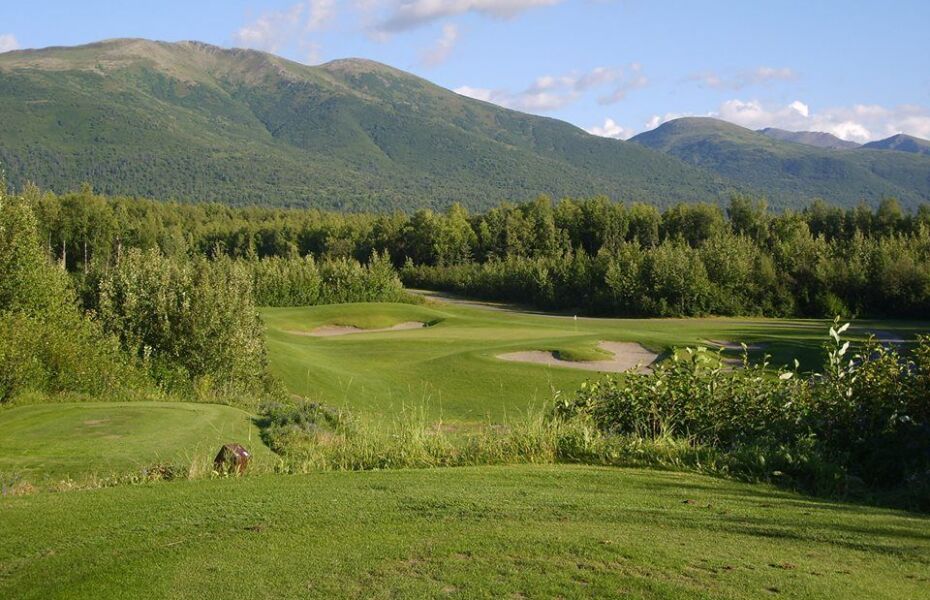 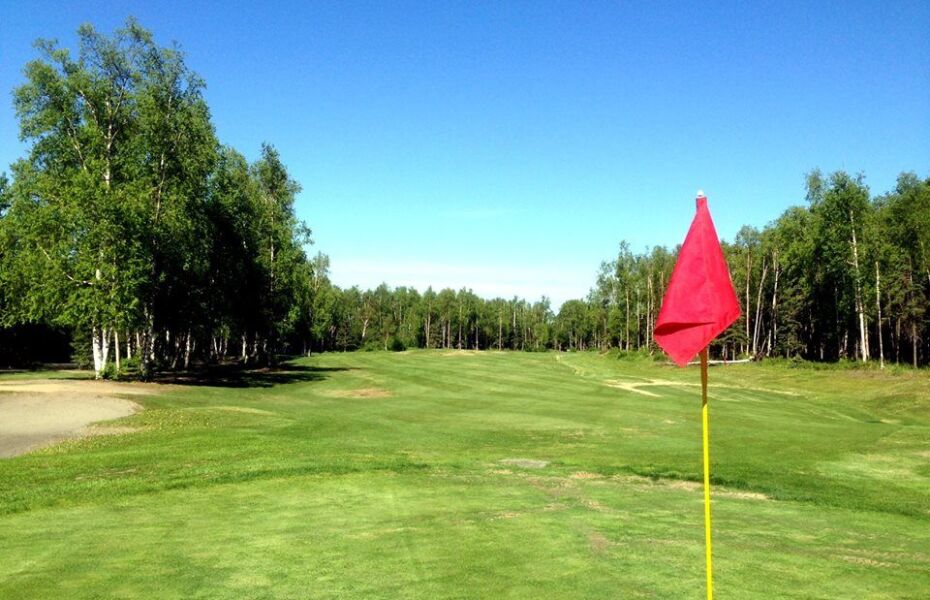