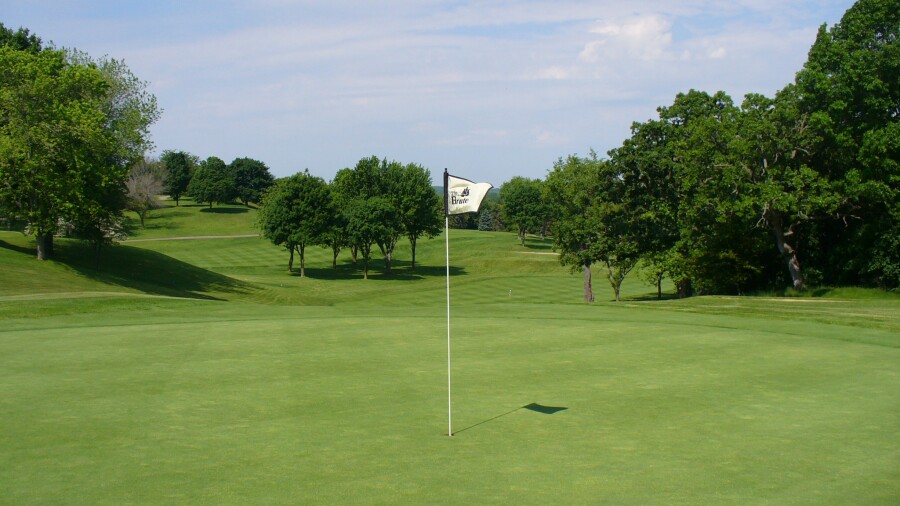 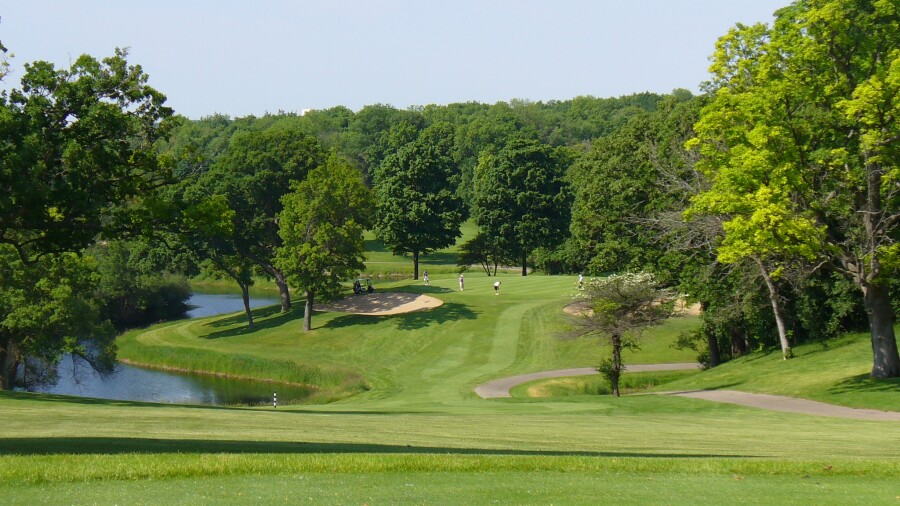 1 of 12
Grand Geneva Resort - Brute golf course - 3rd
The devious 374-yard third is the second-shortest par 4 on Grand Geneva's Brute golf course. Its one of the few that demands less than a driver off the tee, as water is within reach. Kiel Christianson/Golf Advisor 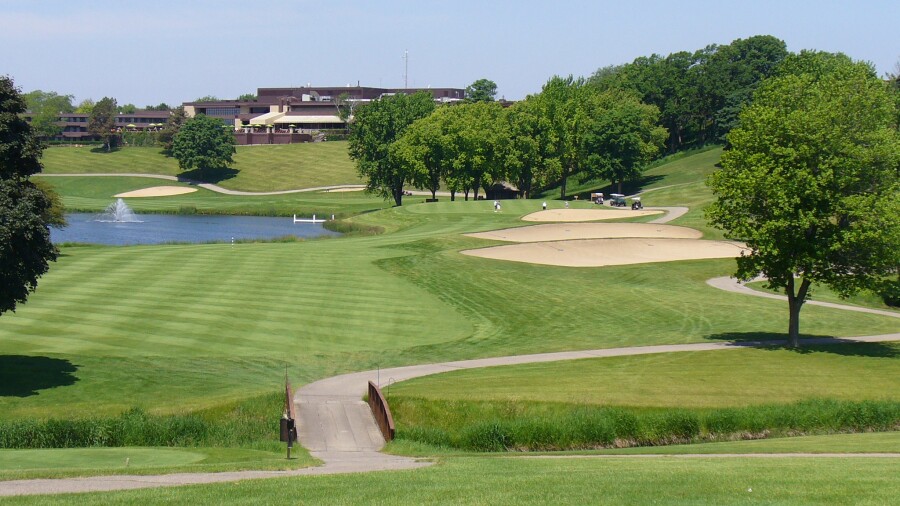 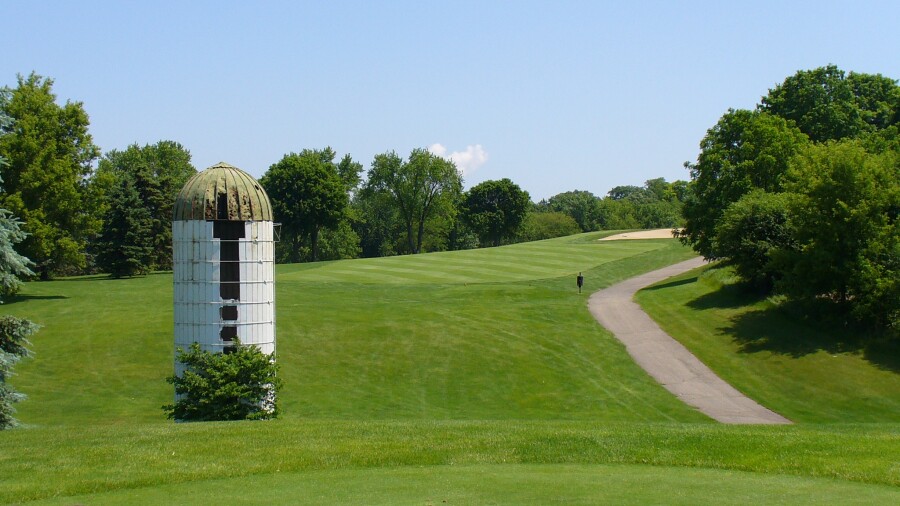 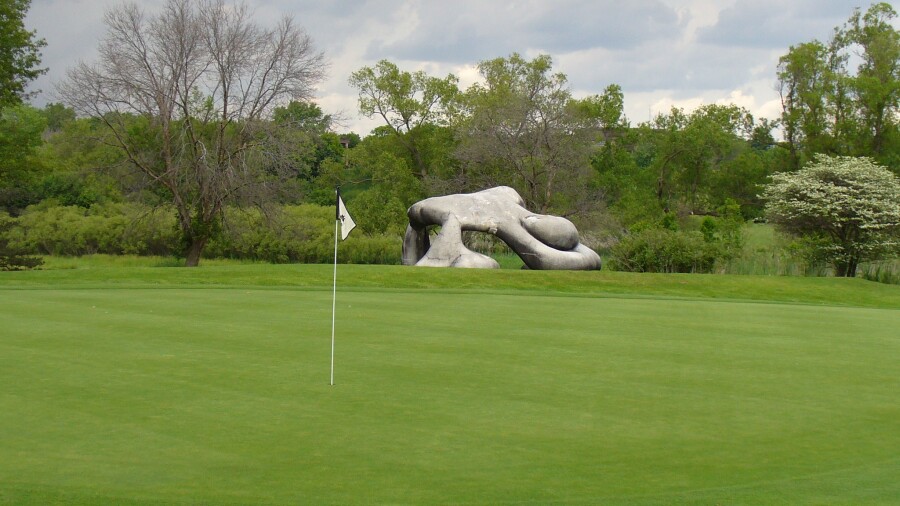 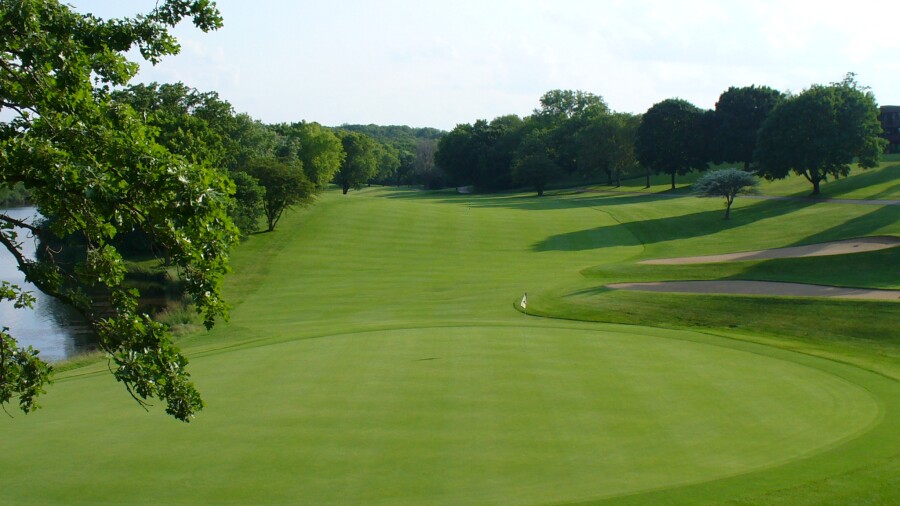 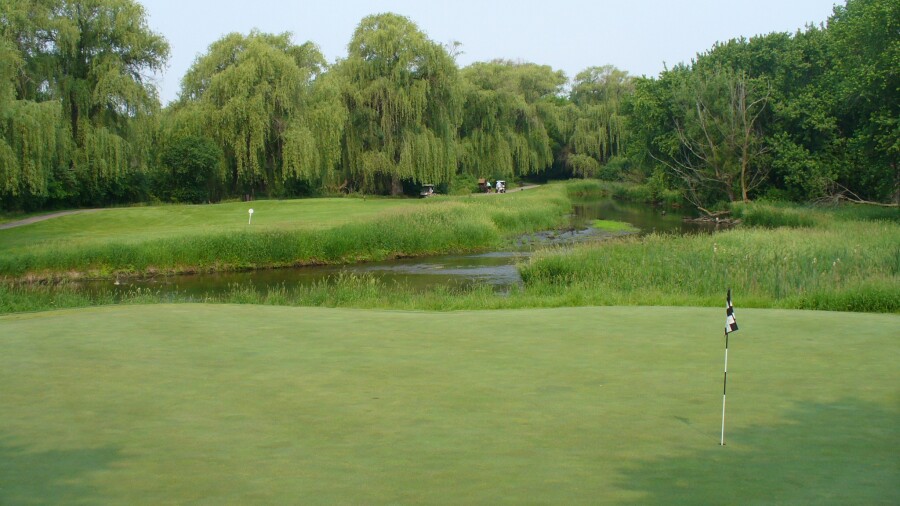 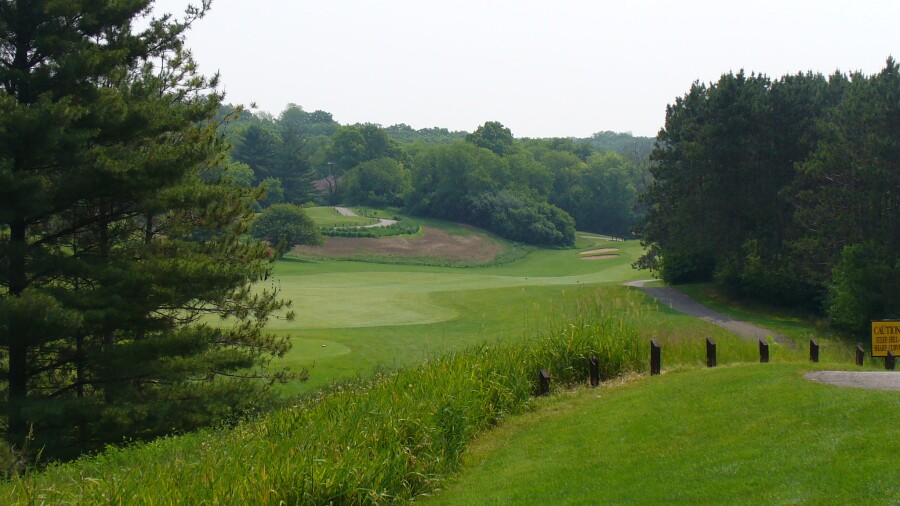 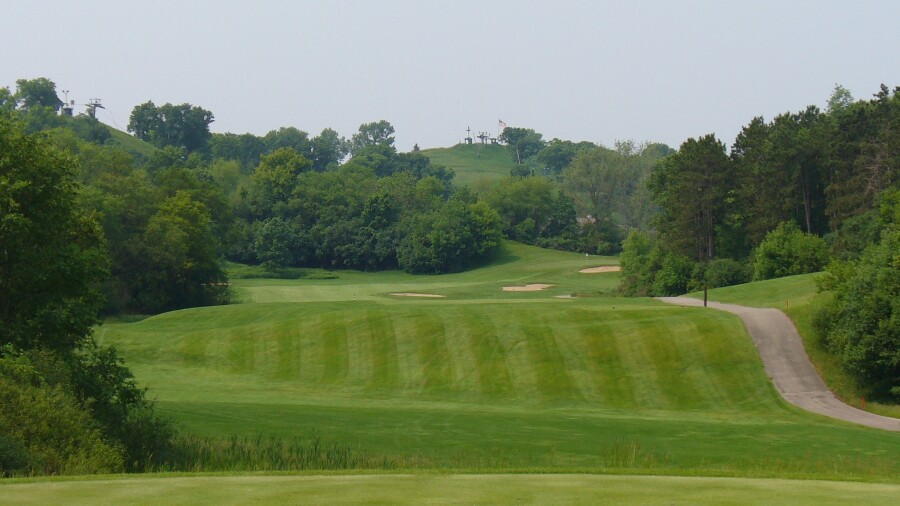 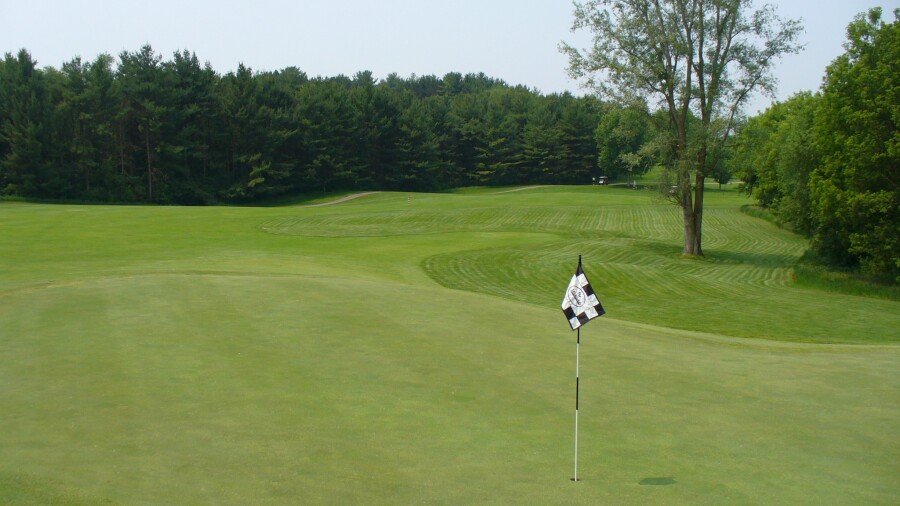 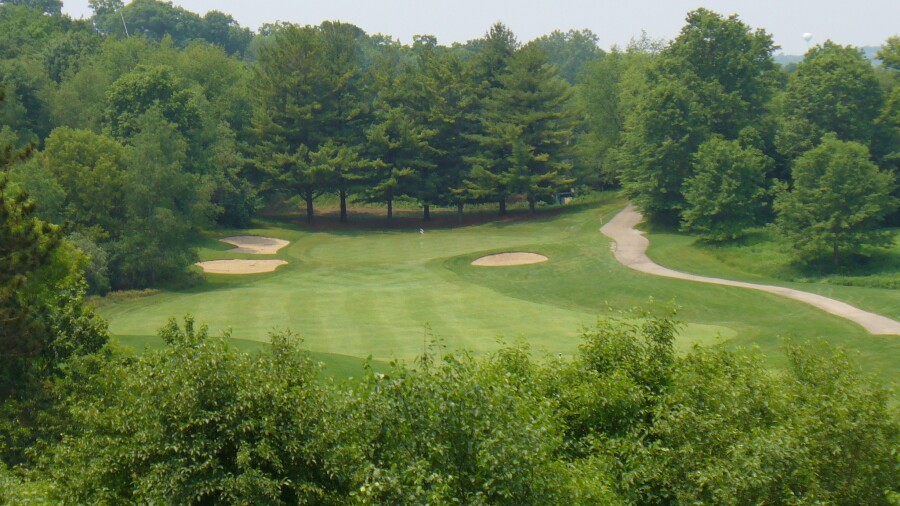 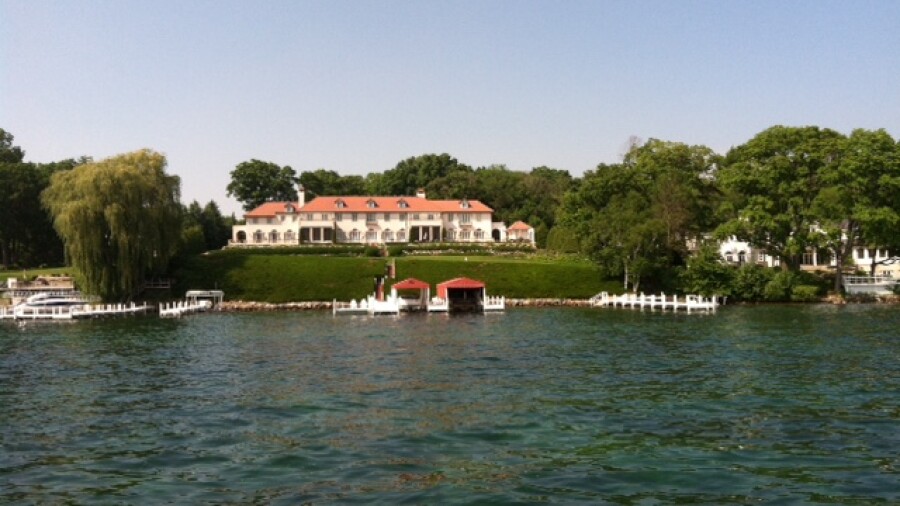 11 of 12
Lake Geneva, Wisconsin - mansion
During your time at the Grand Geneva Resort and Spa, take a couple hours for a boat tour of Lake Geneva. You'll marvel at the opulence of the "summer homes" on the shores of lake -- like this humble cottage. Kiel Christianson/Golf Advisor
12 Images

Grand Geneva Resort and Spa in Wisconsin: The Brute and Highlands golf courses

A major component of the rabbit-eared resort's extensive amenities was golf, with two courses and extensive practice facilities also opening for play in 1968: The Brute, designed by Robert Bruce Harris, and The Briar Patch, designed by Jack Nicklaus and Pete Dye.

Fast forward to today's Grand Geneva Resort and Spa, and you find a family friendly and far more diverse resort than the original. Along with horseback riding, zip-lining, mountain biking, tennis, swimming, skiing, snowmobiling, fine dining, and the luxuriousness of the WELL spa, golf remains central to the resort's amenities.

The Brute Course measures 7,085 yards from the tips, and remains today much as Harris laid it out in the 1960s. From the back tees, most of the par 4s are over 400 yards, and demand both precision and power to find the tree-lined fairways over substantial forced carries. Approach shots into the large greens are no picnic either, as many putting surfaces are domed and difficult to hold with longer clubs. On the back nine, the routing leads you up toward the highest point of the property, with inspiring views of the surrounding rolling woodlands and daunting wind conditions.

The Briar Patch has been renamed The Highlands, reflecting renovations by Bob Cupp and Bob Lohman in the 1990s, which trimmed some of the prickliest thorns of the original design. Those early, and rare, Nicklaus-Dye tracks were notoriously difficult (think Harbour Town) -- vexing for resort guests without local knowledge. The reworked Highlands still requires strategy and skill, but now there is room to miss shots without automatically dropping a shot or more. At 6,659 yards from the tournament tees, the Highlands includes only three par 4s over 400 yards, all on the front nine. On the back side, if you play the regular (championship) tees, you'll find only two par 4s over 375 yards. Club selection is therefore critical, and shot-making is paramount. So even though the briars have been thinned, the cerebral essence of the original design remains.

Grand Geneva Director of Golf David Hallenbeck is often asked which course is "better," but this is a difficult question to answer. "I think what is unique about our property is that we have two totally different golf courses, each with a look and feel from two different architects," he said. "You really don't find this at many resorts anywhere.

Kiel Christianson
Kiel Christianson has lived, worked, traveled and golfed extensively on three continents. As senior writer and equipment editor for WorldGolf.com, he has reviewed courses, resorts, and golf academies from California to Ireland, including his home course, Lake of the Woods G.C. in Mahomet, Ill. Read his golf blog here and follow him on Twitter @GolfWriterKiel.
Latest Popular Content 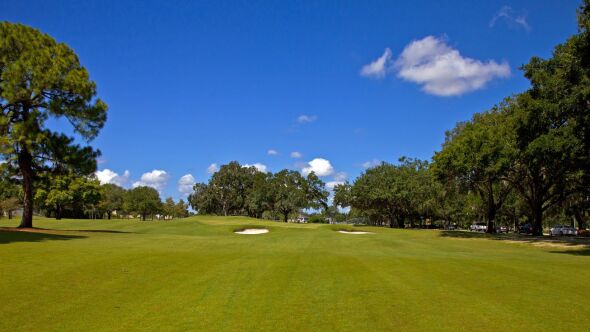 By Katie Gallagher
Read More
Now Reading
Grand Geneva Resort and Spa in Wisconsin: The Brute and Highlands golf courses
Search Near Me