The Evolution of Golf Course Design is an ambitious book, one that seeks a comprehensive overview of an entire craft. Golf course design deserves it. This is, after all, an art form whose 35,000 embodiments in 209 countries occupy an aggregate landmass of about 5,300 square miles – larger than the entire state of Connecticut.

We’ve been playing this game since the 15th century and self-consciously crafting its playing fields for almost 200 years. What started on naturally conducive linksland in Scotland was brought inland and transported worldwide. Golf’s original sandy ground drained well and was interestingly shaped by nature and open to the vagaries of wind and weather – ideal for a ground game of obstacles in the way of players chasing a ball into a little hole.

Cutten, a Canadian architect and shaper with an MA in Landscape Architecture, would seem particularly well positioned to undertake such a study. His inclusion of material from the creative arts and architecture enables him to weave in material about romanticism, the Arts & Crafts movement, modernism and post-modernism in a way that has been sorely lacking in previous studies of golf design. He also tries to locate golf within the larger context of world economics – a necessary approach if golf design is to be understood fully.

The result is a book that belongs on the shelves of anyone claiming an interest in golf course design. It’s comprehensive, inclusive and illuminating. It’s also a beautiful book to look at, with finely detailed illustrations that range from historic course maps and aerial photography to hand drawings and formal design plans.

The attention to form and design extends to the way Cutten has wisely carved up his subject. He starts with a decade-by-decade account from the 1830s on, then turns to 46 profiles of prominent architects. From there, he profiles a dozen prominent writers and five “visionaries” of golf course development, from William and Henry Fownes (Oakmont) to Mike Keiser (Bandon Dunes) and Dick Youngscap (Sand Hills). (Full disclosure: I am one of the writers mentioned in Cutten’s book.)

The awareness throughout of the media is central because a game as vast as golf could never be experienced as a whole by its keenest followers. A level of journalistic mediation is crucial, and Cutten’s awareness of trend-setting books and magazines helps explain how the conversation about golf design has evolved. Curiously, his discussion leaves out any account of course ratings and whether the process has helped or hindered development of the craft.

The early chapters gesture towards larger cultural and economic trends, but the effort seems only half-hearted. How does one refer to the earliest garden design efforts of Capability Brown without linking the trajectory to his successors, Humphrey Repton and Frederick Law Olmsted? Cutten also makes a case for the importance of Horace Hutchinson as a turn-of-the-last century figure in the translation of the Arts & Crafts aesthetic to golf design. But there’s no example offered from Hutchinson’s limited design work or extensive writing about what form that translation took.

Cutten’s architects run the gamut from Old Tom Morris to Gil Hanse. The accounts of Willie Park Jr. and Mike Strantz are welcome examples of designers who were seminal, if all-too-often overlooked.

Oddly, for a book on course design, there is almost no description of what makes a hole or a designer special in terms of the look they achieve. Whether it’s a reference to the Road Hole at St. Andrews or to what made Dick Wilson’s work so different from Pete Dye’s, revealing examples are absent here.

If you’re going to claim that F.H. Hawtree’s “most successful project” was the redesign of Royal Birkdale,” some account of what that work entailed is needed. The profile about A.W. Tillinghast ignores how he betrayed several classic designs (including his own) with his sad, desperate cross-country tour in the mid-1930s, when he sought to simplify architecture in the name of cost cutting.

Cutten is obviously trying hard to be reserved, if not neutral, in his judgments, preferring to adopt a detached academic tone. He downplays conflicts and lets designers off the hook for their excesses.

Throughout his account of modern designers like Tom Fazio and Rees Jones, for example, he decries the intense personalization of much criticism that one found on a popular website like www.golfclubatlas.com. – appropriately so. But then Cutten dismisses the concerns about modernist style altogether by attributing style to popular taste and trend rather than to specific strategic decisions by designers.

This book is much needed, because for all the many texts on golf design, few (if any) have undertaken a comprehensive view of the craft. The last to do so with considerable skill was The Architects of Golf (1993), Geoffrey Cornish and Ron Whitten’s expanded version of their path-breaking 1981 volume, The Golf Course. Cutten’s volume has the considerable advantage of extensive color imagery. It is also able to analyze the more recent trends of the 1990s golf boom and the subsequent development of “minimalism,” as embodied in such successful projects as Sand Hills in Nebraska and Bandon Dunes in Oregon. It also takes a far more international view of the golf design, both in its historical trajectory and its contemporary spread across Europe and the Pacific Rim.

The one major liability of the book is the writing. Too often, the prose is clunky. The use of colons, semicolons and commas truncates easy flow. And far too many sentences have dangling participles, with the subject lost in the flow. An example: “Opened in 1999, many consider Tobacco Road to be [Mike Strantz’s] most enduring and influential design.”

Writing aside, there’s a tremendous amount in this volume to recommend. Cutten’s account of the modern “signature architect” is revealing. While it’s often considered to be a sign of distinction, Cutten shows how, under the banner of Robert Trent Jones, Sr.’s relentless marketing efforts, “signature” actually entailed a signing-away of site-specific design in the name of generic predictability.

Cutten’s account of contemporary “minimalist” or “naturalistic” design shows it not only as a throwback to the classical era, but as primarily based on a shift in the model of how designers interact with builders, from a strict separation of “architect-contractor” to one of a more organically directed and evolving process of “design-shape.” The point is well taken. Golf design is moving forward by going back to its roots.

How do I buy this and where?

More golf books to check out 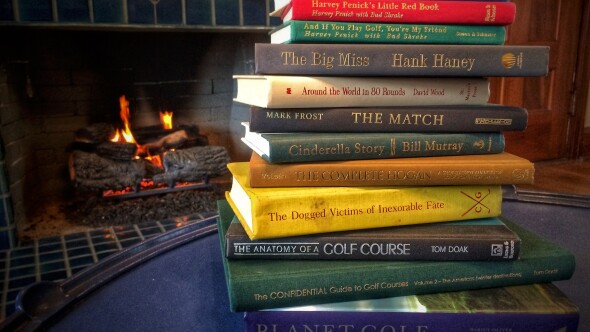 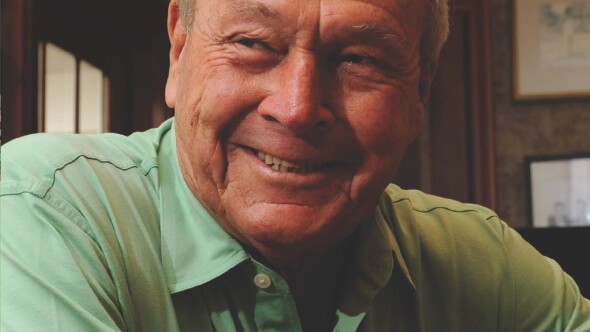 Articles
Golf books worthy of skipping a tee time to read
Our Jason Scott Deegan hasn't written a golf book - yet - but he sure enjoys reading and reviewing them. A foursome of good ones have published in 2018. Here's a preview.
2 Min Read 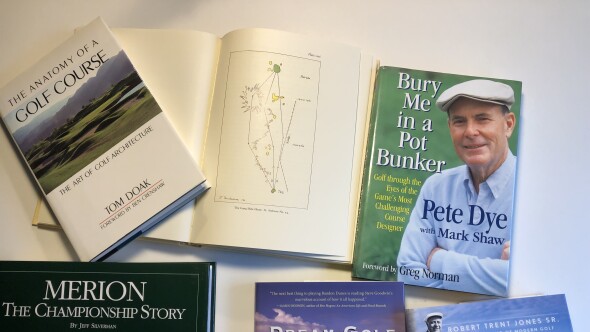 Articles
Have you read about any good golf courses lately?
If you have a tee time scheduled at one of the world's iconic golf courses, read these books first.
6 Min Read 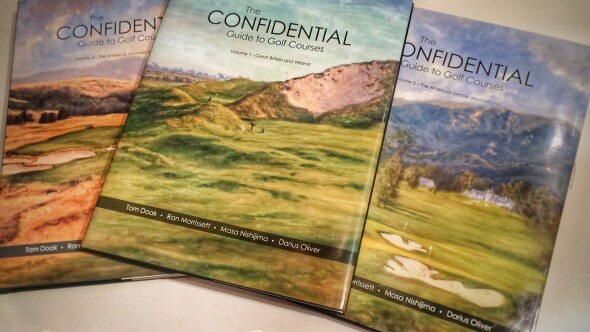