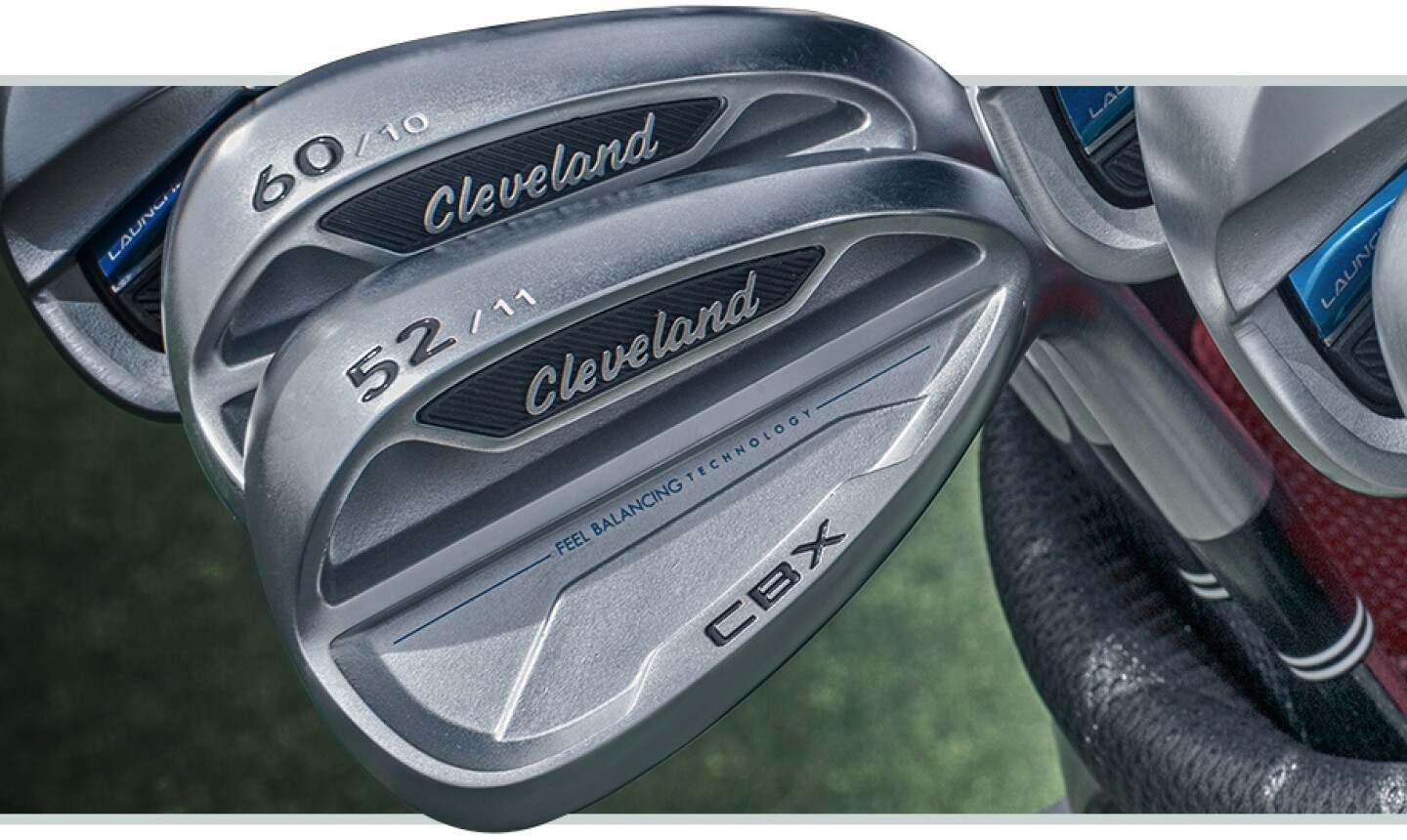 Perhaps the biggest technological breakthrough in the last half century in golf has been the rise of perimeter-weighted, or "cavity-back," irons.

Diverting weight to the outside edges of the back of the head of an iron has done wonders for the golf games of millions over the last few decades.

Mishits, especially toward the toe of the club, don't fly crookedly and pathetically short like they used to when every single golfer used blades.

That increased forgiveness has meant longer and more reliable distance on all iron shots, which in turn makes for a happy golfing public.

But for the most part, those major distance and accuracy leaps haven't been applied to wedges.

That's because Cleveland, long known as the equipment company of choice for golfers who want classically handsome and practically versatile scoring clubs, has built a wedge for the 84% of golfers who use cavity-back irons.

They're calling it the CBX, and it's just been made available online and in retail locations.

Here's a quick intro to these clubs courtesy of our friends at Revolution Golf:

To be fair, the Cleveland CBX wedge is not the first cavity-back wedge ever made.

But Cleveland's engineers are confident that it is the absolute best cavity-back wedge on the market. Here's why:

Cleveland CBX Wedges: The Best Of Both Worlds?

Ever since cavity-back irons started to be adopted by golfers everywhere, middle- and higher-handicap players have had to make significant compromises when shopping for wedges. Here were their options:

With the CBX, Cleveland set out to end this cycle of compromise-based frustration.

The CBX's perimeter weighting allows the club to dovetail in perfectly with a player's iron set on full shots, while the head and sole of the club have been shaped and engineered to deliver all the versatility of the more traditional style of wedge.

At address, you would never guess that the CBX is a cavity-back wedge. It looks practically identical to the traditional wedges out there.

But if you catch a full shot a little out toward the toe with the CBX, you'll notice the ball staying much closer to the hole than it would with a similar mishit with your old wedges.

You know that golf is a game of inches. So you know all too well that a couple inches is all it takes to separate a shot that rolls down a slope into a bunker or pond from one that stays up on the plateau on the green where the pin is perched. Those inches can mean two or more strokes on a single hole, and four to six, easily, over the course of 18 holes.

It sounds a little hyperbolic, but I don't think it's at all far-fetched to suggest the CBX might help knock three to five shots off your scores almost immediately.

Closer to the green, the Cleveland CBX is also performs comparably to its less forgiving forebears.

First of all, Cleveland's engineers gave it the same high-spin Rotex face that makes the company's other wedges so popular.

Next, they used the perimeter weighting of the CBX wedges to move the sweet spot more into the center of the face, because the "sweet spot" on traditional wedges actually sits a little toward the heel (I had no idea about this until recently).

Finally, Cleveland gave the CBX its popular Dual V Sole Grind, which enables the club to interact with the turf (or sand) just as easily on open-faced shots as it does on more standard chips and pitches.

The result: a wedge that (1) blends seamlessly with your irons on full shots, and (2) does what you need it to on all manner of greenside shots.

It's a wedge for the masses, and if you're at all in the market for some new scoring clubs, you owe it to yourself to give the Cleveland CBX a try.

Kira K. Dixon
Lifestyle Correspondent
Now Reading
Cleveland CBX wedges: finally, scoring clubs for the masses
New Cookie Policy
WE AND OUR PARTNERS USE COOKIES ON THIS SITE TO IMPROVE OUR SERVICE, PERFORM ANALYTICS, PERSONALIZE ADVERTISING, MEASURE ADVERTISING PERFORMANCE, AND REMEMBER WEBSITE PREFERENCES. BY USING THE SITE, YOU CONSENT TO THESE COOKIES. FOR MORE INFORMATION ON COOKIES INCLUDING HOW TO MANAGE YOUR CONSENT VISIT OUR COOKIE POLICY.
CONTINUE
Search Near Me