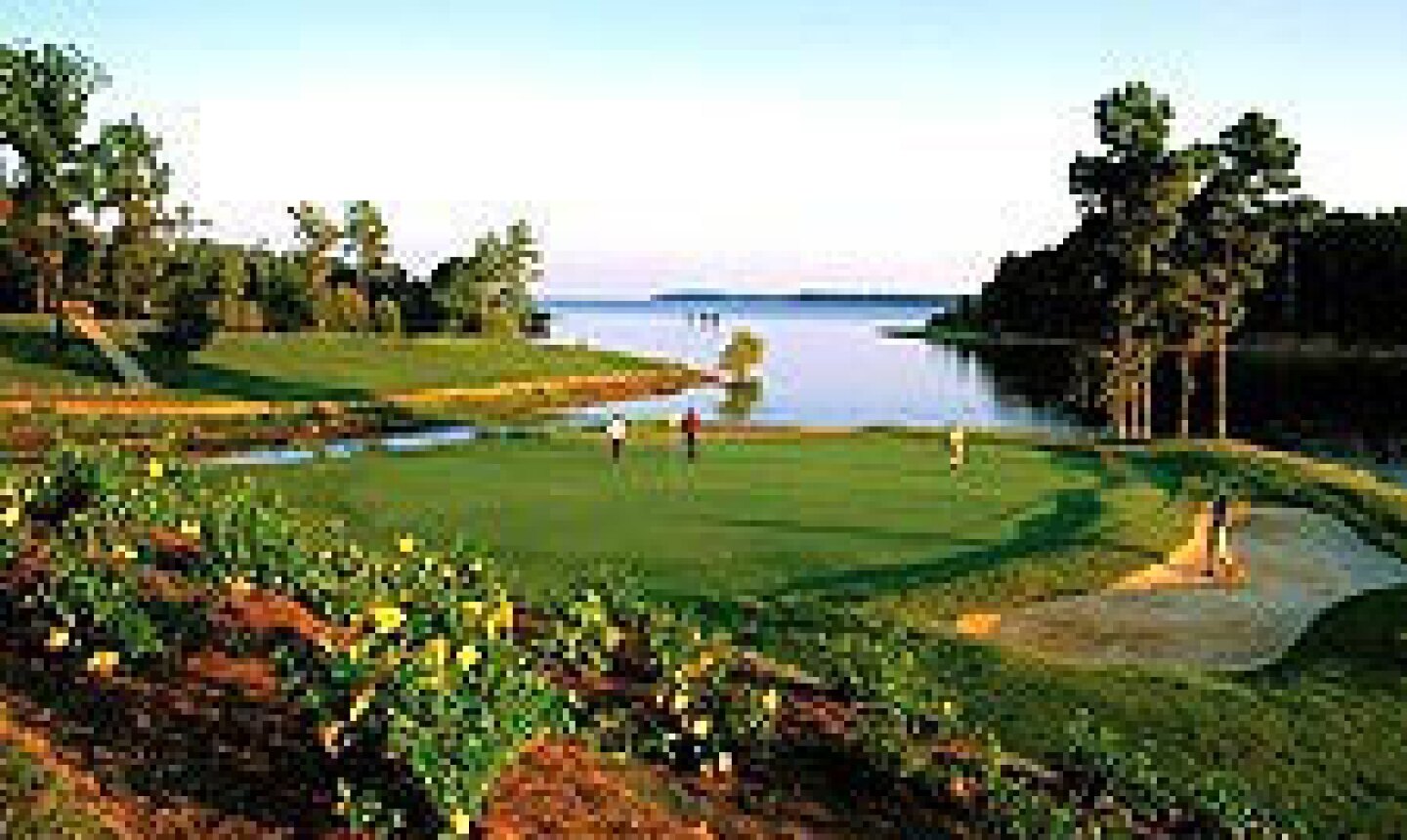 How could he? DeRouen, the director of golf at Gray Plantation, knew his golf course was good. It's scenic, strategic, fun and fair, just to name a few of its outstanding characteristics.

But, it's fairly new, opening in 1999. It's also way off the beaten path from any of the country's best golf destinations or the national media spotlight, as it's tucked away in Southwest Louisiana.

Yet, there was the letter from Golf Digest as physical proof that he wasn't dreaming. Gray Plantation came in at No. 75 in the magazine's list of the "Top 100 Greatest Public Golf Courses in the Country."

It beat the likes of PGA Tour courses at Bay Hill, Arnold Palmer's home club in Orlando, Fla.; the South course at Torrey Pines in La Jolla, Calif.; and industry juggernaughts like the Monument at Troon North in Scottsdale, Ariz., and The Greenbrier in White Sulphur Springs, West Va.

"This is an incredible honor for us," DeRouen said. "To be included in a list with the greatest golf courses in the country is just amazing. We are very proud of our course and the credit for this honor goes to (the owners) for envisioning what could be created here, to course architect Rocky Roquemore for making that vision a reality and to our staff for their hard work in maintaining our standard of quality on and off the course."

The award was a natural progression for a course that has ranked second in the state since 2001 and received 4.5 stars from Golf Digest in 2003-04. Oh, by the way, the course only costs $50 in peak season. Yep, that won an award too - No. 3 nationally in courses that cost less than $50.

Critics might argue that whoever voted for the "100 Greatest" list must have a fetish for Louisiana, a state not known for world-class golf. The Bluffs on Thompson Creek in St. Francisville, La., came in at No. 96 on the list.
Maybe so, but the truth is Gray Plantation, a charter member of the Audubon Golf Trail, is good. Good enough to attract top PGA Tour players to call it home.

Craig Perks, who won the Players Championship in 2002, has worked with DeRouen, as does Mike Heinen, a 16-year tour veteran who won the 1994 Houston Open.

Heinen shot a mind-numbing 58 at Gray Plantation, forcing course officials to add a number of seven new tees, appropriately named the "Heinen tees."
But you don't have to be a PGA Tour player to enjoy Gray Plantation. There's plenty of trouble - 60 acres of lakes and 94 bunkers - but there are few forced carries off the tee and most of the trouble can be avoided with conservative play.

Roquemore put an emphasis on tough par 3s, creating two with island-like greens. The par-5 seventh hole, a 589-yarder, plays devilishly difficult on the second shot, forcing players to thread the needle into the fairway past a wetland or lay up for a dangerous long-iron approach over swampland.

Rocquemore, who has designed more than 100 courses, said the secret on Gray Plantation is finally out.

"Even more remarkable is that this was awarded to a course that is not considered a hub for transportation," he said. "The reputation of 'The Gray' has made it a destination place for officials who rank in spite of its remote location."

The Isle of Capri Casino & Hotel opened in 1995. The less-expensive Inn at the Isle opened across the street two years later.
Together, they feature 252 suites, some featuring hot tubs next to the bed and 241 regular rooms. The hotel has been so popular it has undergone two expansion and improvement projects totaling $36 million in the last two years.

Harrah's, the Grand Casino Coushatta and the new 700-room L'auberge du Lac Hotel & Casino are other options. The L'auberge, owned by Pinnacle Entertainment, is the 15th and final riverboat casino in the state. Its 30,000 square feet of gambling - the maximum the state allows - is all on one floor, much different from the state's other casinos.

Although it may be a stretch to call Gray Plantation one of the top 75 public courses in the country, that's not a knock on the quality of the course, or the experience at Gray.

The back nine is as thrilling a round as you'll play. Some of the risks - see the tee shot on the 379-yard 16th hole - are heroic match-makers or match-breakers. In terms of value, Gray Plantation is difficult to beat.

Coupled with the new Tom Fazio course, Lake Charles suddenly has a weekend 1-2 punch that can compete with anybody.

The porch on the plantation-style clubhouse is a perfect place for a drink after the round. The jambalaya and gumbo are spicy, yet delicious.

For a night on the town, Steamboat Bill's on the Lake was voted the area's No. 1 seafood haunt. Pujo Street Cafe; offers more than 30 wines to wash down steaks and Cajun fare.

Lake Charles has earned its nickname the "Festival Capital of Louisiana" for hosting more than 75 fairs and festivals annually. Check the Web site (lakecharles.org) for dates of upcoming events. The Isle of Capri Casino has welcomed headliners such as Toby Keith and Willie Nelson, among others.

If you're looking for more golf, the L'auberge du Lac Hotel & Casino just christened a 7,000-yard, par-71 design by Fazio that winds its way around eight lakes on the property. Only resort guests can play it.

The Creole Nature Trail, a 186-mile stretch of roadway that starts in Sulphur and ends in Lake Charles, is a haven for alligators, birds and wildflowers. Bird watchers consider the trail, known as "Louisiana's Outback," a world-class destination.

The 2004 Ryder Cup captain, Hal Sutton, a Louisiana native and an avid outdoorsman, is one of thousands of hunters who flock to the area to shoot duck, deer, wild turkey, dove and other game. Freshwater fishermen often find the big catch in local lakes, rivers, bayous and marshes.

And let's not forget, the 26 miles of beaches are always a draw for families.