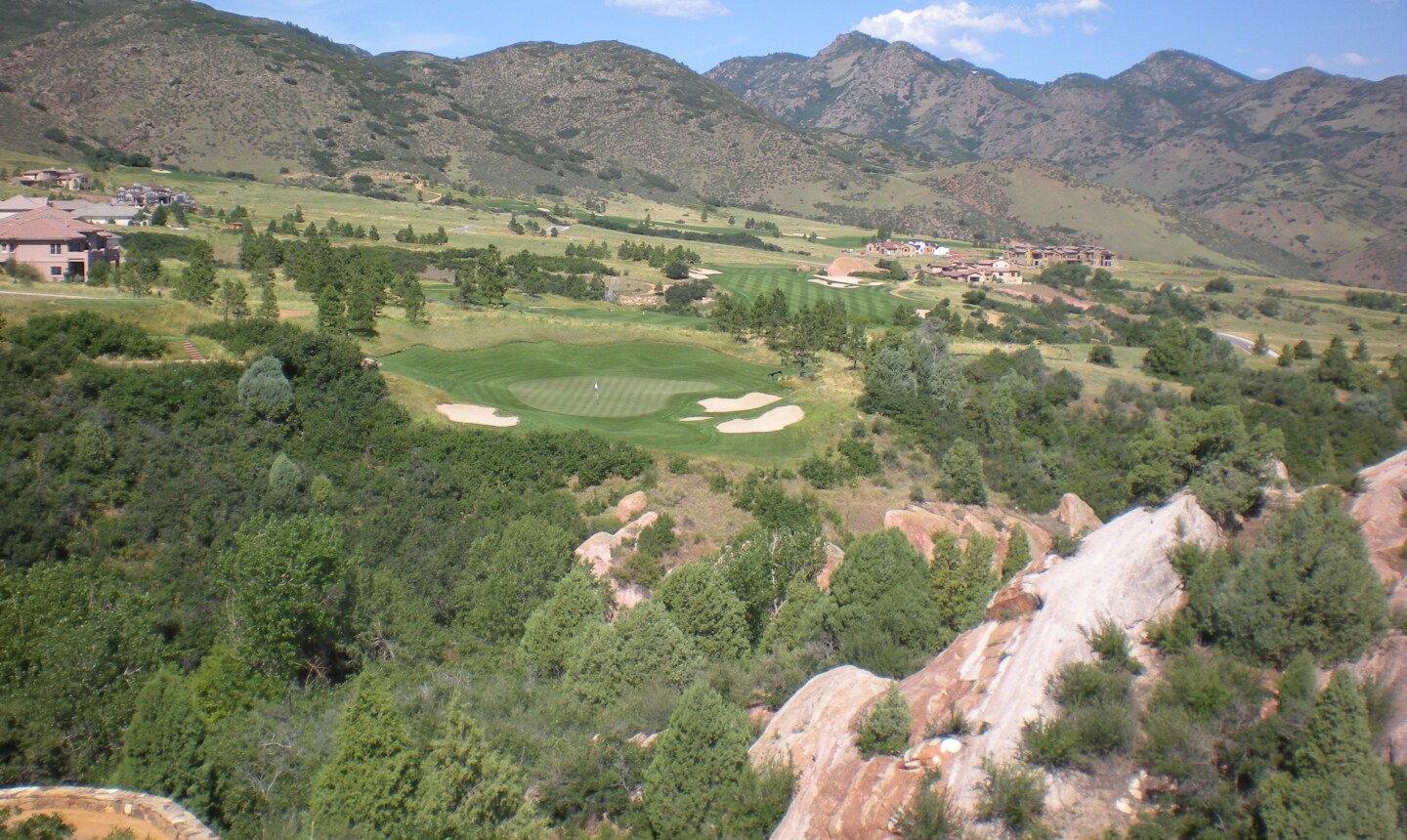 The 240-yard par-3 16th is the signature beauty at the Golf Club at Ravenna. David R. Holland/Golf Advisor 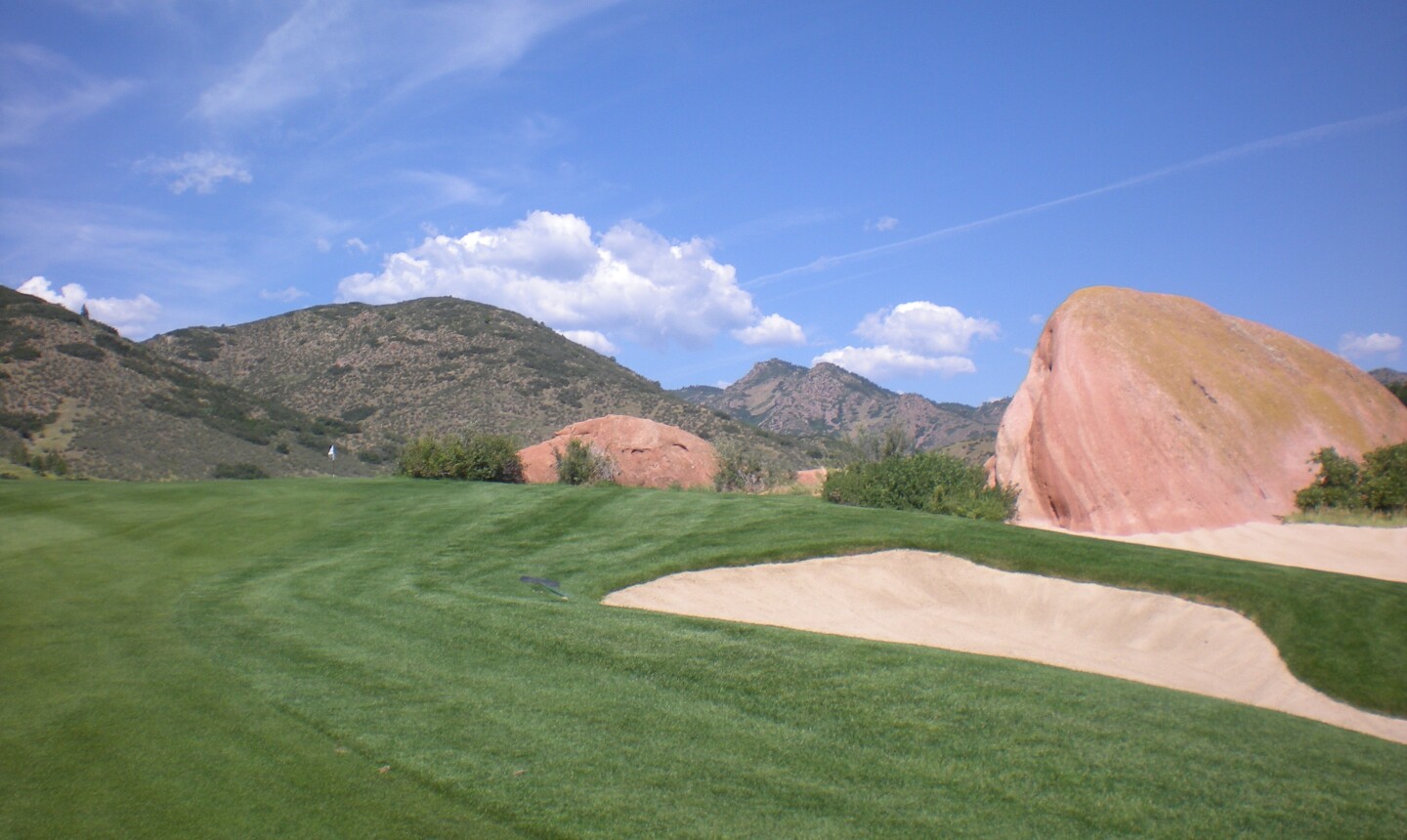 The approach to No. 17 at the Golf Club at Ravenna is guarded by a red-rock boulder. David R. Holland/Golf Advisor 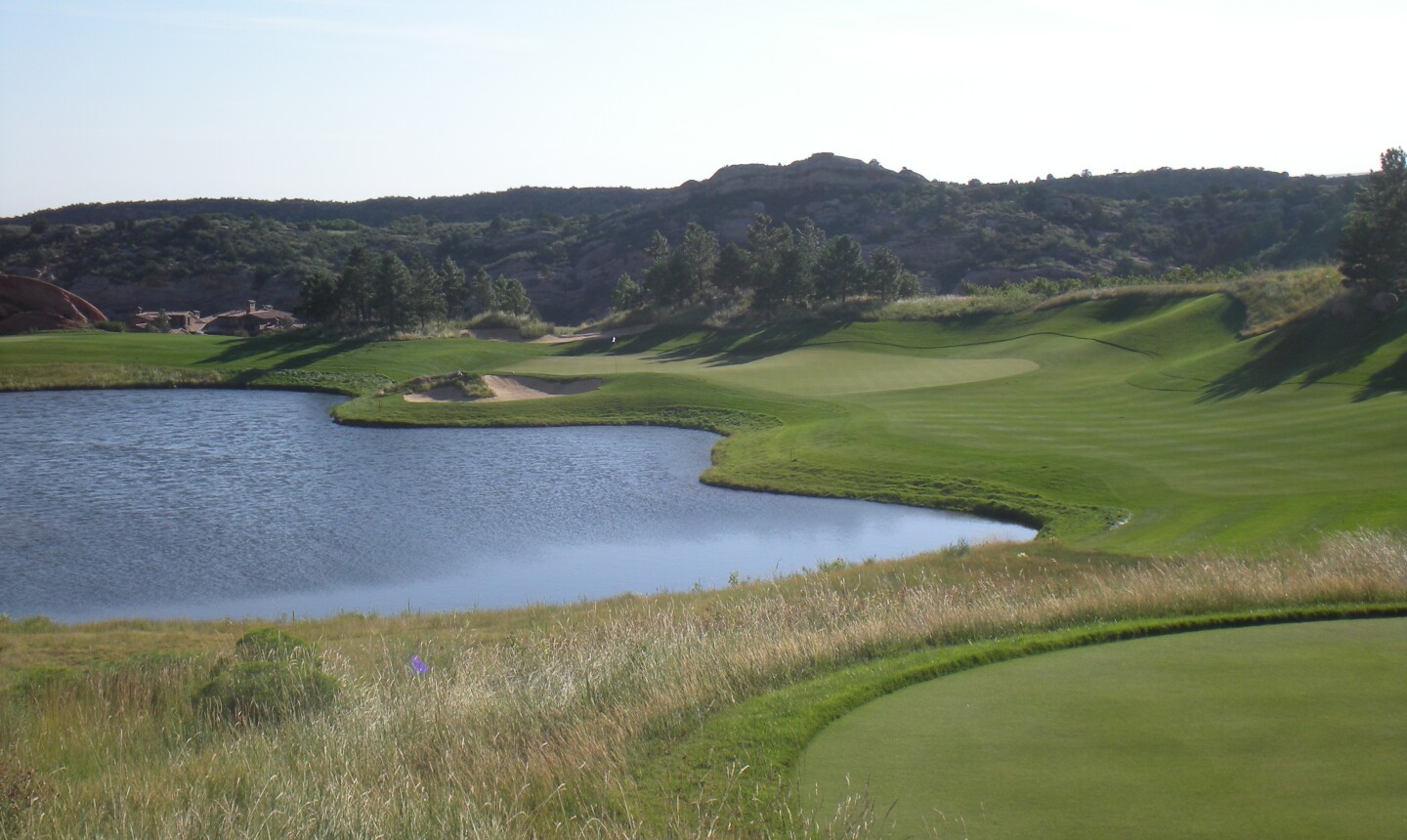 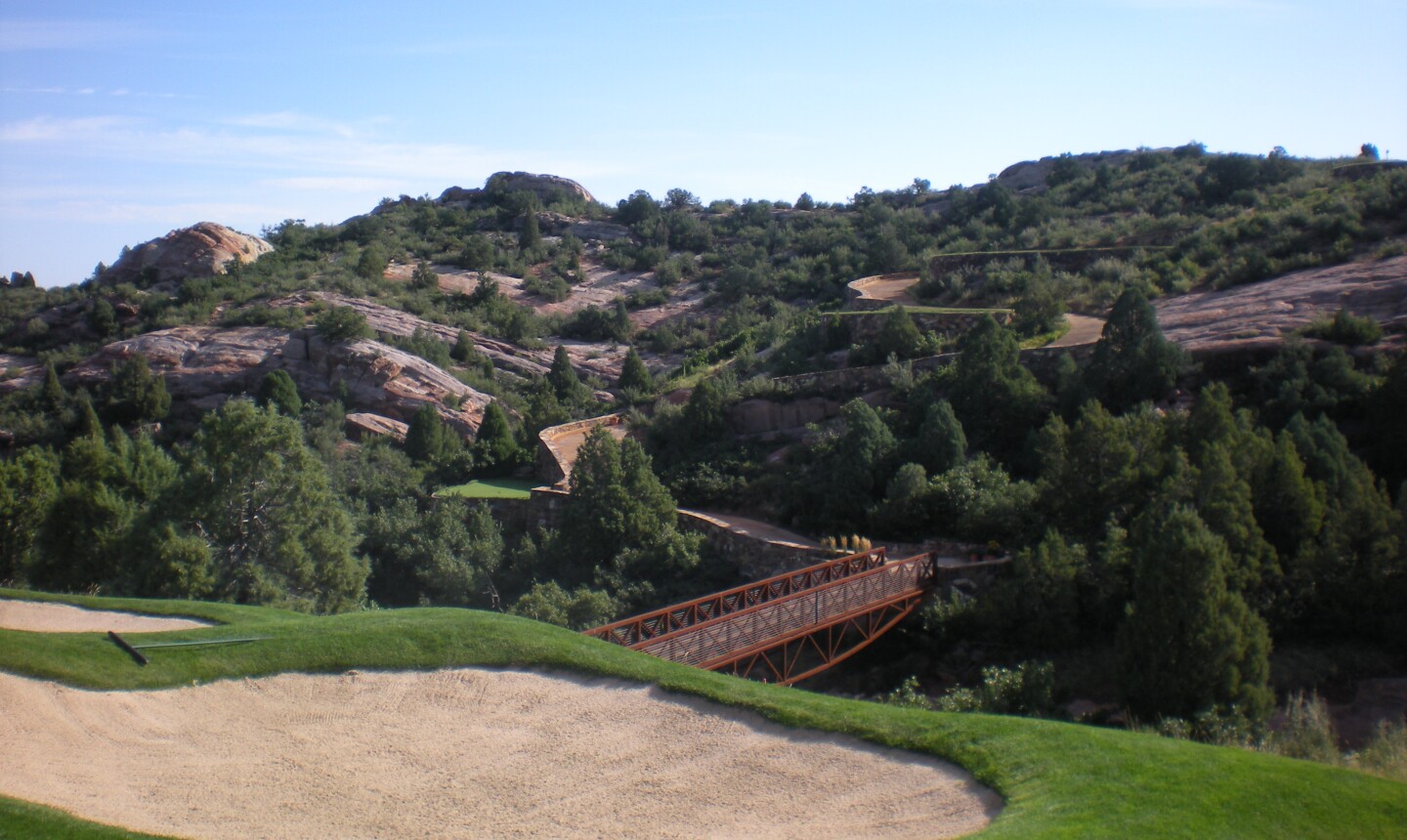 For golfers at Ravenna, the serpentine ride to the top of the hogback is a scenic marvel. David R. Holland/Golf Advisor

The Golf Club at Ravenna looks more like Sedona than Denver, but this Jay Morrish design, his last before retirement, is only minutes from the Mile High City.

LITTLETON, Colo. - When the golf course building boom came crashing to earth with an economic downturn, about the only projects on the board were private - developers had to be picky with outstanding locations.

The Golf Club at Ravenna, situated near the red rock formations nestled on the Dakota Hogback, just southwest of Denver, was a natural. It is just minutes from Arrowhead Golf Club, a daily-fee beauty featuring the striking rocks, and close to Red Rocks Amphitheatre, home to famous concerts since opening in 1941.

This private, gated community, adjacent to the Pike National Forest, is ideal for lovers of the outdoors who don't even need to drive to the high country. There are 243 custom and semi-custom home sites, 634 total acres, Fishing Cabin and Casting Club with South Platte River access, Vintners Club, tennis courts and a world-class spa and wellness center with comprehensive concierge service.

The Golf Club at Ravenna: The golf course

"What I really enjoy is the way Ravenna can play differently on a daily basis," said Seth Berliner, the director of golf/general manager. "From one shot to the next you might have a side-hill stance, but three or four yards away, you will have a different lie.

"Members and guests are impressed with the beauty of the property, the lush course conditioning and the fact that the greens are fair but tough. We could bump the speed up a bit, but we want the course to play fair for all handicaps."

Even with the beauty of the land, they planted 4,000 ponderosa pines and have 60,000 plants, like three-leaf sumac and Russian sage that are on the drip irrigation system. In fact, this is a "green" layout with only 73 acres of turf that are irrigated, where most courses in Colorado use 90 to 100 acres.

Thirty-eight satellites (computers) control the "state-of-the-art" irrigation, which can be adjusted for more water when needed and less when rain has been prevalent.

The Golf Club at Ravenna: The verdict

Opened in June 2007, this 7,263-yard, par-71 has 111 bunkers, tricky greens and is for serious golfers. This is a prime example of a course where, when you finish, you say, "Next time I'll play smarter and score better."

"It can be a visually intimidating golf course," Berliner said. "One can stand on a lot of tees, and until you play it a handful of times, you don't really get a real comfort level from a visual standpoint. Several times around the track, and you get a better understanding of placing tee shots or approaches in the best spots."

Located in scenic Waterton Canyon, the course overlaps areas of the Dakota Hogback, with holes No. 1 through No. 9 and 16, 17 and 18 playing to the west of it. Holes 10 to 15 are to the east.

No doubt, the most beautiful hole is No. 16, a par 3 that plays 240 yards from the back tees over a deep ravine to a receptive green surrounded by bunkers and trouble everywhere. The suspension bridge alone, taking you from the west side to the top of the hogback and to the eastern holes, is an adventure.

Berliner likes No. 7 from a risk-reward perspective. It is only 346 yards, 305 to the center of the green, but most will lay up left. Straight toward the green means you must be pin-point as a tree-covered mound stands in your way, and bunkers guard the front.

The 12th is another Berliner and is partial, too, since his input was used to add a back tee, across a ravine, making this hole a brutal 476 yards with fingered bunkers and a pond right of the fairway. The ravine runs all along the left, and once you are on the kidney-shaped green, your work still isn't finished.

Ravenna even placed No. 100 on Golfweek's 2009 Best Modern Courses list. One trip around this beauty, and you will know why.