Want to play the most exclusive golf ball? The choice is Clear 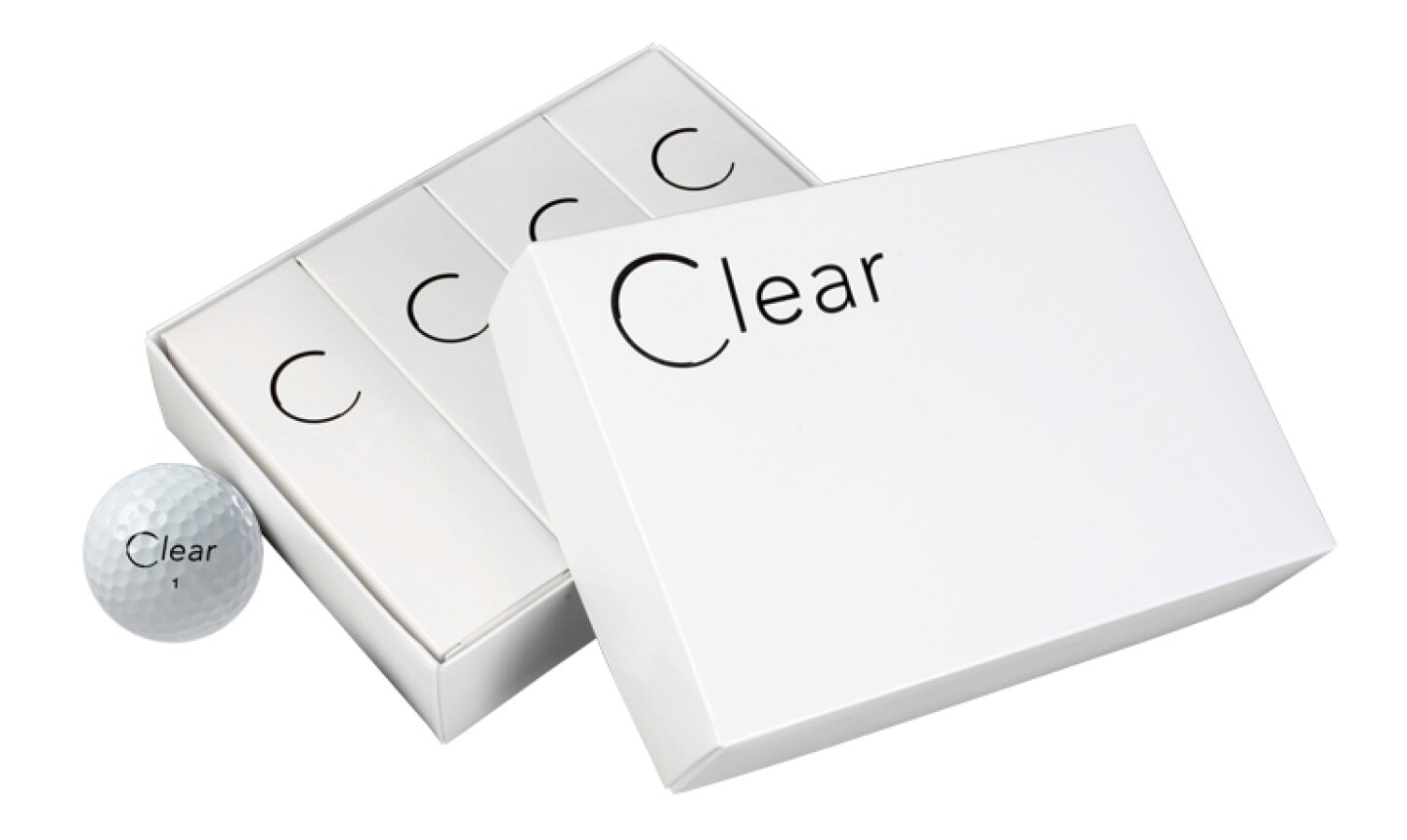 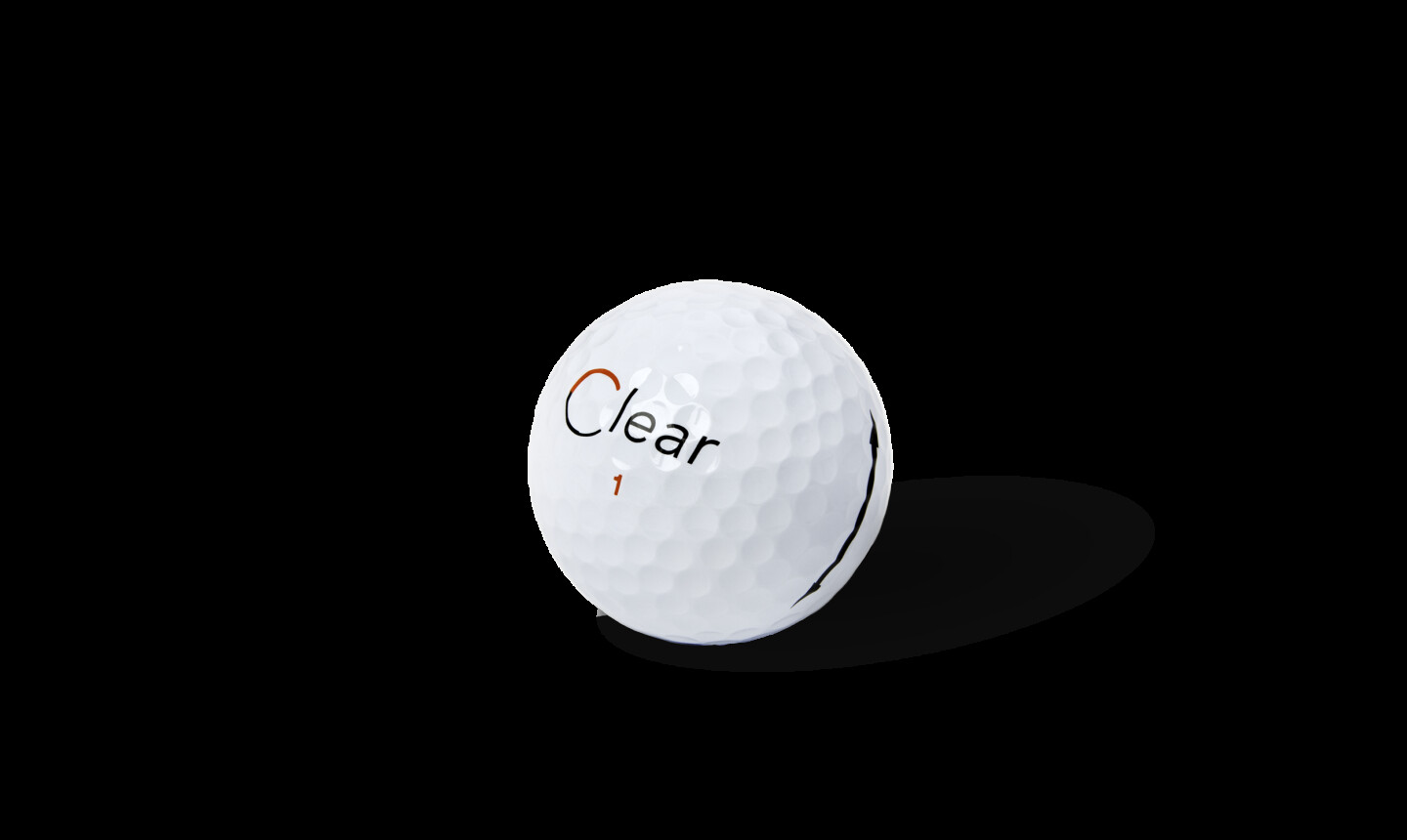 When the Titleist Pro V1 was introduced in 2000, it revolutionized golf ball design. It was the first multi-component, solid-core golf ball that produced both low spin off the tee (for more distance) and high spin and feel around the greens (for more control and stopping ability).

Ever since, the Pro V1x has been the 800-pound gorilla of the golf ball market. It is played by more golfers on the various professional tours than all other brands combined. And a recent survey of recreational golfers found more than 95 percent of respondents rated Titleist golf balls in general to be superior to the competitors' offerings.

How, then, is a company with an outstanding premium golf ball of its own supposed to compete with the gorilla?

Your first instinct might be to answer, "Make it easier and cheaper to buy than the Pro V1." This strategy has been tried by numerous golf ball manufacturers with mixed success.

Alternatively, you could make your ball more difficult to get, and even more expensive. This is the counter-intuitive approach taken by Clear Sports, whose Clear Golf Balls can only be purchased once your annual membership in the invitation-only Clear program has been approved. After approval, and an annual payment of $950, you receive 12 dozen Clear Golf Balls (either three-piece red or four-piece black models, or a mix of the two), a Clear designer pullover, and a Clear golf hat.

This may sound steep, but how do the Clear Balls play? Perhaps they are that much better than the competition.

Clear Sports uses a litany of superlatives to describe the Clear Balls. In constructing the balls, Clear uses "leading edge technology and materials ... and [a] proprietary manufacturing process." Quality control is "a superior inspection process to ensure consistency." Taken together, Clear claims its ball is "simply the finest USGA conforming golf ball that can be made" with the "highest C.O.R. (coefficient of restitution) of any performance golf ball on the market."

All companies tout their equipment as the best. Yet all the lofty language, without any specifics, sounds a bit like political rhetoric during an election year: "We have the best materials, the best process, and the best people. The best! I promise you!"

Nevertheless, on the course, I found both the red and black golf balls to feel, sound and play basically identically to the top premium balls I've ever played. Now, I'm no tour pro -- I'm not even a scratch golfer -- so perhaps my perception of ball performance isn't honed as finely as it could be. Still, my first drive with both versions of the Clear Ball carried past the 270-yard mark and rolled out even farther.

Around the greens, both balls generated a soft "plunk" off my putter, building confidence to make firm, aggressive strokes. I had a larger than normal number of approach shots hit and stick next to, or very near, their pitch marks.

It may have been pure chance, but I had the experience of never losing a Clear black ball. Not that I didn't hit any lousy shots -- my ball bounced off of trees to remain in bounds and landed in tall rough. But I was able to find my Clear black ball round after round.

This fortuitous findability raised one potential issue with the Clear Ball, however; namely, after about 27 holes, my playing partners began commenting on the yellowish-greenish discoloring the ball had picked up. One of my buddies asked, "Did you find that ball in a pond?" After retiring that one, the other blacks I played likewise began looking a bit dingy after 18-plus holes, despite frequent washings.

Oddly, I was not able to keep hold of the reds long enough to determine if they similarly changed colors: lost two, gave one to a buddy to try (who lost it).

When asked about this discoloration issue, the folks at Clear Sports told me I was the first and only person to ever mention it. They suggested that perhaps the lighter clear-coat covering used on the balls, which ensures exquisite feel, might allow some staining. I will note that the original Pro V1s were also infamous for changing color after a couple rounds. Even the newer Pro V1s, with an improved paint process, don't stay pearly white as long as cheaper balls with harder covers.

There is absolutely no doubt that Clear Golf Balls occupy the upper echelon of premium golf balls. Despite lofty yet vaguely worded promises, these balls perform flawlessly and feel like the best of the best I have ever played (and I have played a ton of different golf balls).

This said, $79 is a lot to pay for a dozen balls, especially if you need to play a new one every round or two. Quite frankly, though, most amateurs will lose their ball before they notice any coloring issues (if indeed there are color issues, and my case wasn't a fluke). Furthermore, I suppose that if you are willing and able to pay so much for "exclusivity," you will probably insist on a pristine pearl each time you tee it up, and also won't fret too much over losing a $6.60 ball.

One final aspect of playing the Clear Balls that was truly enjoyable: I was the only golfer at my course playing them. So on the not-so-rare occasions I ended up in an adjoining fairway off the tee, or a shared rough area, it was immediately "clear" which ball was mine -- no need to memorize the number or add extra markings for identification. Perhaps this exclusivity really does explain the premium price point and "invitation-only" marketing strategy.

For more information, and to download a membership application, visit www.clear-golf.com.

Kiel Christianson
Kiel Christianson has lived, worked, traveled and golfed extensively on three continents. As senior writer and equipment editor for WorldGolf.com, he has reviewed courses, resorts, and golf academies from California to Ireland, including his home course, Lake of the Woods G.C. in Mahomet, Ill. Read his golf blog here and follow him on Twitter @GolfWriterKiel.
5 Comments

I found a clear ex3 on the course...was in perfect condition..shot a 76 with it...I had a good day for me but have no other experience with it outside of that....looked up ball after finding it and found out it was a good ball...I like 76 but cost would prohibit me from buying Clear when I find pro v's all the time at the club...

With no tour validation this isnt even worth a conversation. Clear golf balls will be $30 a dozen shortly. This business model is a genius idea of a MORON. The membership is gone now they are $68 a dozen. That is a box of Pro V1 a beer and a hot dog at the course.

Clearly, this is bull-crap!
A golf ball is, largely, no better than the golfer striking it.
Golf balls are mass produced and super hyped.
Scratch golfers can play most anything and score well.
High handicap golfers should play a ball that they can, fairly regularly, get decent to good distance and control off the tee. A low compression ball is best suited to a low swing speed.
I am an 83-year old 18 handicapper who plays the Wilson Staff Duo . . . which works for me.
Just sayin',
Jim B.
Kiawah Island, SC

Please explain the free shaft offer with the purchase of clear golf balls. 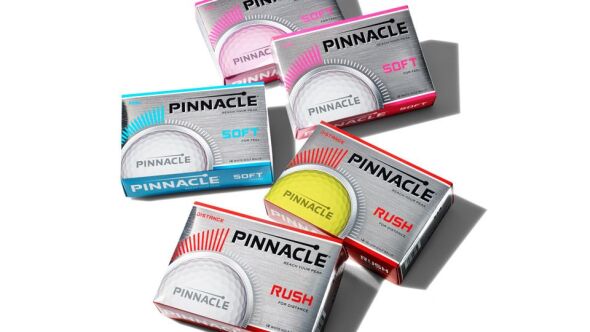 Articles
Acushnet focuses on 'other' golf ball models for 2016
Acushnet's Titleist brand is the most popular golf ball today, especially the iconic ProV1. But Titleist's "undercard" lines -- NXT and Velocity -- are not only less expensive, they are constructed with the care as the ProV1/x line. This is also true for Acushnet's "value" brand, Pinnacle.
3 Min Read

Tim Gavrich
Senior Writer
Now Reading
Want to play the most exclusive golf ball? The choice is Clear
Search Near Me