Carts Yes
Clubs No
Pull-carts No

Played here with another senior on a weekday noon. Easy to get to. Starts out wide and long, then gets hard. First par 3 is much harder than it looks. Fifth and sixth holes are killers for shorter hitters. Overall, most fairways are decently wide, greens are nice, enough challenges to up your score for sure. I'd like to play this a few more times to understand and score better.

Famed architect Perry Maxwell comes out punching from the opening tee shot and you just have to stay off the ropes and hope your score doesn’t get knocked out by the turn.

There are no gentle handshake opening holes. The first plays more than 400 yards from the blue tees uphill and into the wind. Next is a 600+-yard par 5, followed by another 400+-yard par 4 uphill and into the fan. There is a brief respite at the par-3 fourth hole if you know how to play it (more on that in a moment), that leads into maybe the toughest hole on the course: the par-4 fifth. If you still have any wits left, they will likely be spent on the approach shot at the par-5 sixth, which plays dramatically uphill to a wildly undulating green. Miss long to a back pin and you’re dead. Miss short left and you are probably rolling back into the hazard. Under club and your ball might carom off the rock formations. You can miss short right like I did, but still face a daunting chip.

The back nine is more forgiving and imminently more scoreable. With par being 70, it allows for a sub-80 round despite some early big numbers.

Maxwell’s magical green complexes are on full display. Each one is interesting in its own way. I wouldn’t describe them as severe. Rather, you need to be accurate with approach shots, or balls will be funneled or repelled away from the pin, but not necessarily off the green.

Many of the bunkers flash with scruffy grass framing the edges.

Favorite holes: I loved the Redanish par-3 fourth hole. The pin was on the left side of the green. Having never played here I aimed at the middle of the green. I thought I was going to have a long putt, but upon arriving at the putting surface I discovered that the green is tilted slightly from front to back and right to left. There is a more decided slope in the middle of the green that will help get shots, like mine, back to that pin. Shots fired directly at a back pin will likely go long over the green and result in a tough pitch.

The sixth is a fantastic hole. You must fit your tee shot between two fairway bunkers. The approach plays dramatically uphill to a tiered-green over a hazard. Don’t underclub.

The par-5 sixth plays pretty straightforward off the tee, but the approach is two clubs uphill to another tiered green. When the pin is on the back left like it was today, you wonder how there can be any green over there because of the visual of the bunker on the side of the hill and the rock outcroppings.

Finally, at $40 right now every day of the week, I can’t imagine a better value in the Tulsa area.

I’ll preface this all by saying I am not going to address the condition of the course beyond this paragraph. Tulsa was hit by a major storm system (multiple systems actually) yesterday (when I was supposed to play). The course was closed due to rains yesterday (the same rains that caused major flash floods throughout the region). So, while there were some elements of the course that weren’t great from a condition standpoint… none of that was the fault of the crew or staff. Frankly, it’s pretty amazing they had it in shape to play today. I will say that given the conditions, the course does appear to be in great shape, outside of the water on it as a result of the storm.

Ignoring the condition and focusing on the layout of the course is a pleasurable exercise. This is a well-designed course featuring plentiful elevation changes, fantastic tee locations and some fairly complicated approach shots if you don’t leave yourself in good shape off the tee. Course knowledge is a plus (the carts are handy as they display the holes, with distance and even have a “fly over” feature), I didn’t bother to check out the layout of the fairway on #2 and was hurt by thinking the fairway would open up in an area it doesn’t.

Shot placement really matters on some of the holes as greens can be quite protected by mature trees if assaulted from the wrong angle. The course only plays 6298 from the blues, but it feels considerably longer than that due to the judicious use of doglegs to control distance off the tee. I don’t often hit a driver, but I’m not sure (even if I were more inclined to do so) that I’d hit many on this course. It does lengthen out to a healthy 6855 from the tips; however, there is plenty of challenge from the blues. Even the 5894 whites are not a pitch and putt because the course is so well crafted.

The greens at Cherokee are worth mentioning as well. They were healing from a good sanding (the rain probably helped me there, actually), but I thought they were still rolling well. There is quite a bit of contour and flow to them though, and I found myself quite capable of misreading a putt here and there. Do take your time and read them carefully before your putts, of you could give a few strokes back that you shouldn’t.

Again, this is the kind of course you can play just to enjoy the views. Playing up, down and around a hill on the property there is no shortage of photo op moments if you want to make your buddies back home envious of your round. A couple of the greens are protected by rock outcroppings as well with #6 being an absolute beauty of a hole from tee to green (ruining my recently conceived notion that #5 was my favorite hole on the course).

I rode today, mostly because of the recent rains and the wetness of the course; however, with the elevation change it might not be a bad idea in general. Not that it can’t be walked (and, in fact, I would if the weather leading up to my round was a little better), but there is enough of a hike that it’s worth mentioning.

The staff was friendly and accommodating in the pro shop. Usually I exchange at least a few words with the grounds crews of the courses I play; however, that Cherokee Hills they were far too busy restoring the course from the storm for me to interrupt their work.

Overall I had a great time at Cherokee Hills and would certainly come back again. 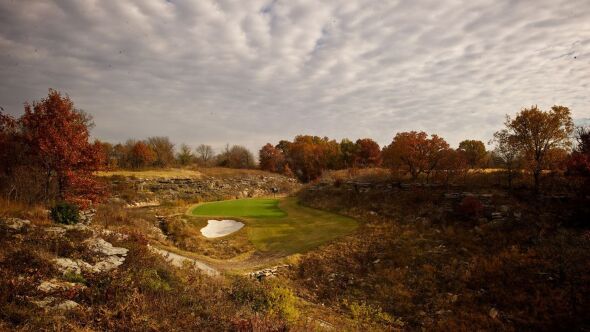 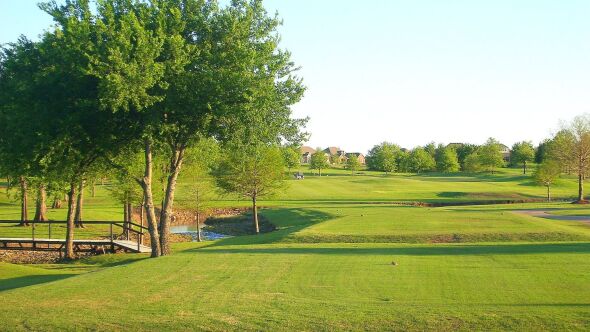 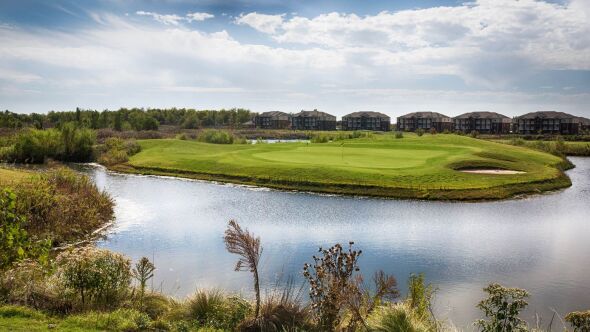 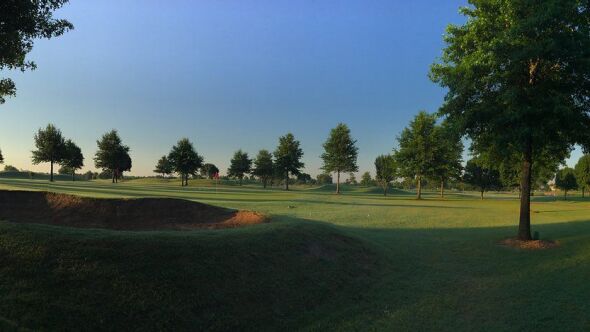 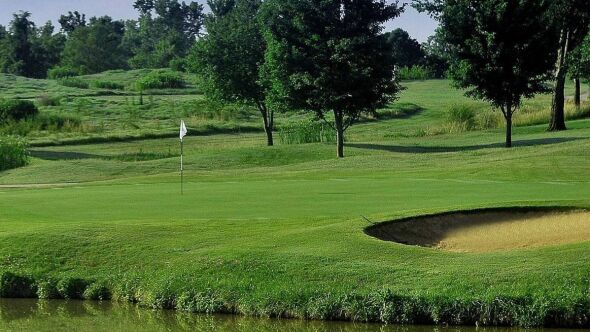 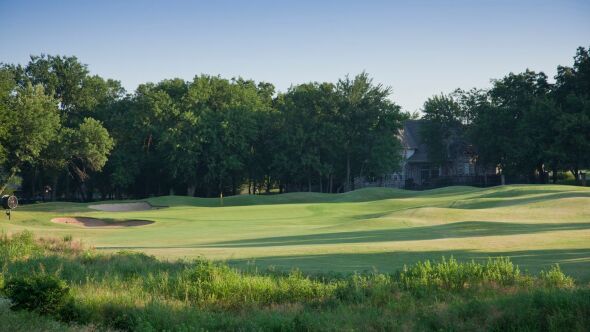 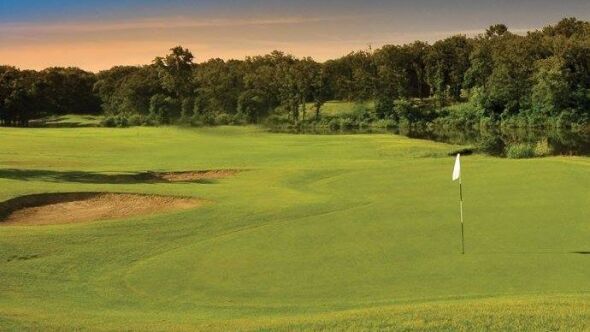 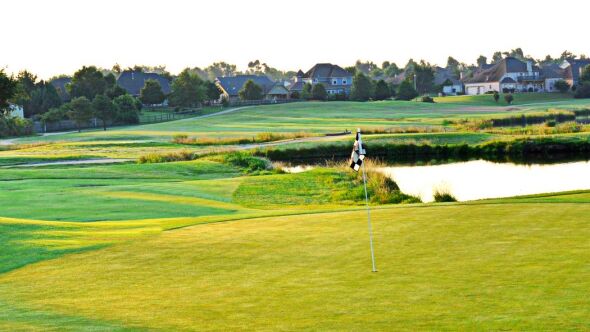 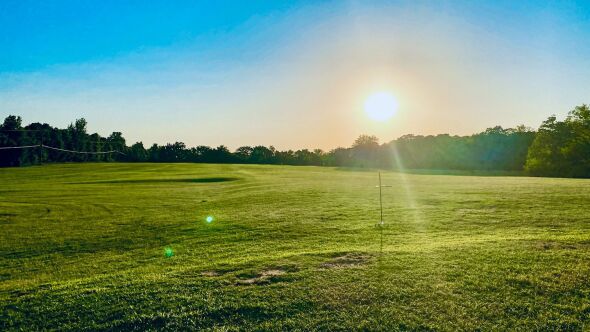 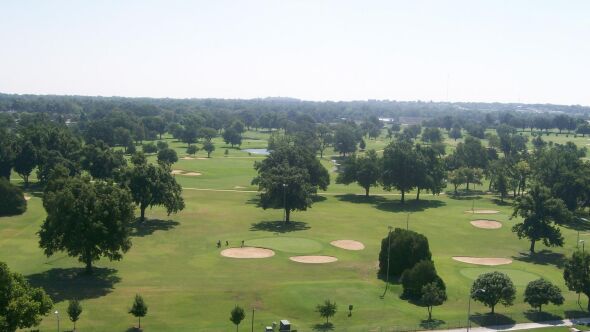 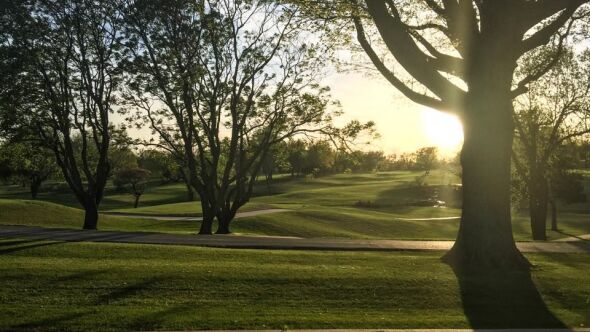 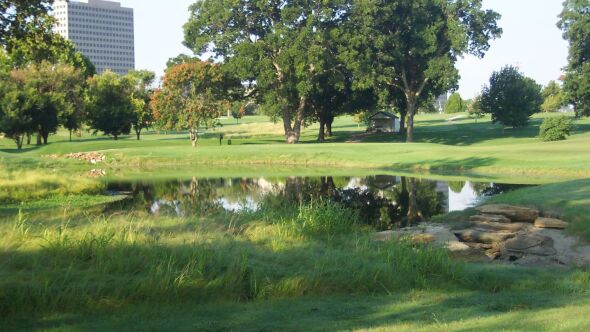 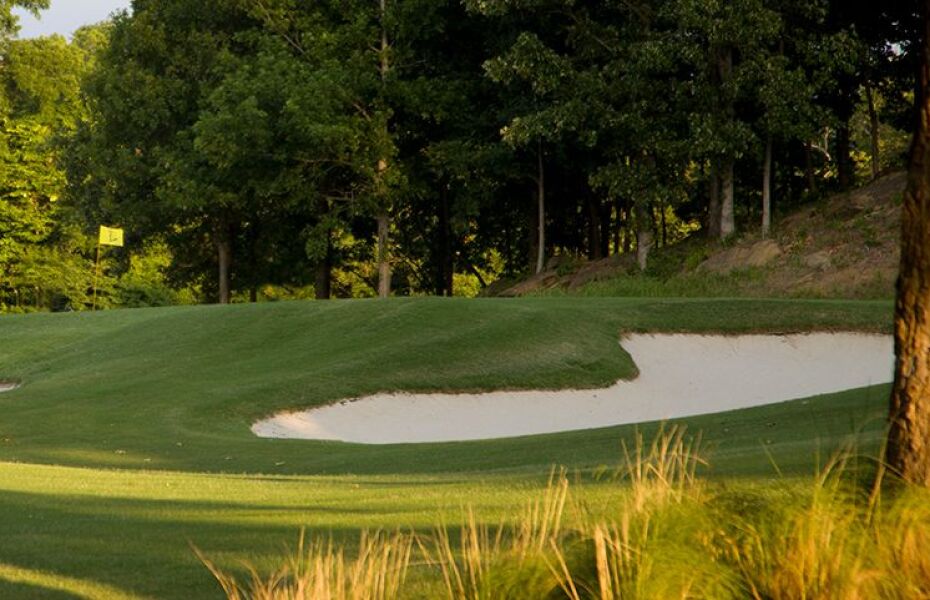 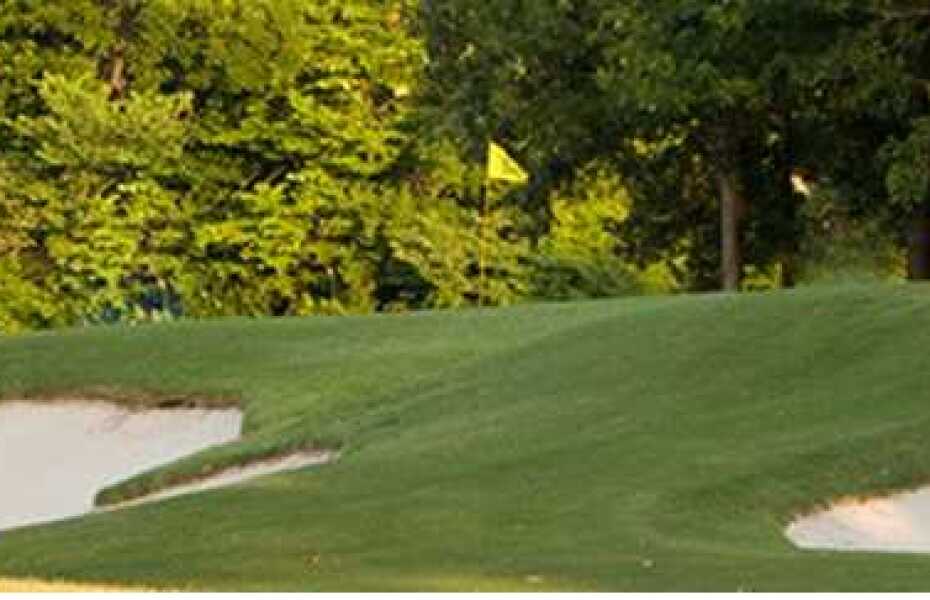 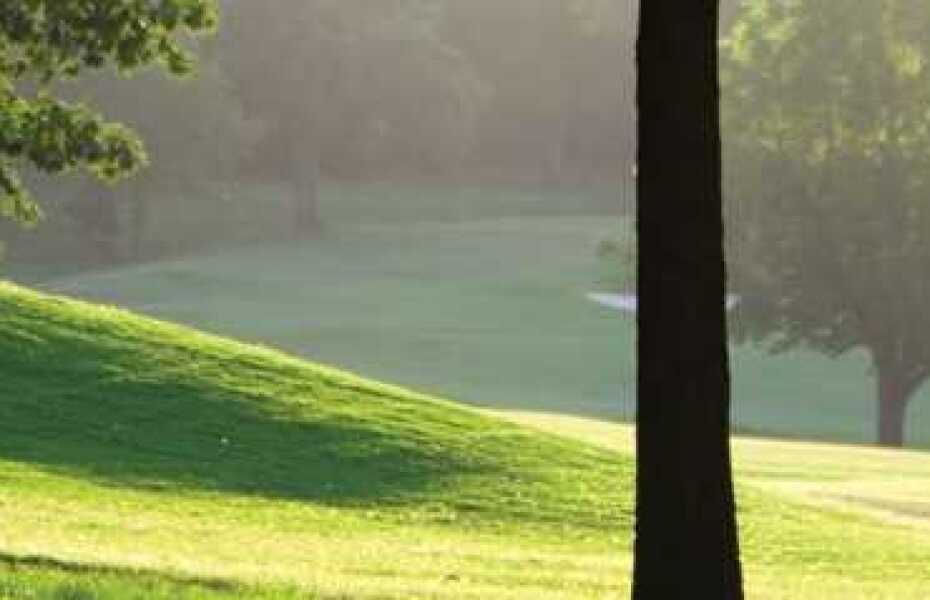