First let me start with the bad, I was very displeased to see that there was no drinking water on the course. I understand that everybody still claims Covid as the reasoning for this but almost all other courses in the area have water back on course. Another issue was the course was pretty dry but not a complete dust bowl. Overall the course had some subtle rolls on the front nine and pretty wide-open farmland style golf on the back nine. It’s a very walkable course, however there are some big hills to get up and down but not too many. One thing I found was noteworthy was the bunkering around the course. The bunkers seemed to hug the fairways and greens nicely and it added to the aesthetic. Overall it was a pretty fair course and likely would have been a five star review had it not been for the lack of water.

Montague Golf Course, situated in the midst of the small, beautiful Vermont town
of Randolph, offers well-manicured conditions, a fine layout, and an unforgettable
setting. That's quite a lot for an affordable golf course.

After a three-hour drive today (I'm on vacation in northern New England), my
expectations were brimming over a bit because I'd researched Montague,
including its website, and things looked positive. These expectations were met,
fully. Starting out on the back, as a woman's league was on the front, I met
a good golfer who played 10-13 with me before he departed. An amiable
gentleman he filled me in on the course's background and supplied a few
playing strategies. And in fact, everyone here was friendly, including some of
the ladies league members I chatted with briefly; we even joked a bit.

PLAYING THE COURSE:
The front and back sides are a study in contrast. Beginning in front of the
clubhouse, the front winds its way through the trees: red oaks, birches, firs and
pines. This half, designed in 1913, features tightly bunkered greens, often
with pronounced elevation--more than enough to put pressure on your iron
play. A parkland style means that few fairways are fully tree-lined, allowing you
to manage your misses if you're careful. Moreover, the roughs are generous
enough that slight errors may go unpunished. In my book, parkland is the
next best thing to a links style: neither is heavily penal.

What makes this layout superior, however, is the excellent combination of
parkland on the front and a strong suggestion of links on the home half.
Where is such a hybrid found? It's fairly rare. And it works well at Montague
because, once you're past the tenth, an open, rolling stretch of seven holes follows,
taking takes you out into an appealing river valley landscape, a set-up that
affords unobstructed views of the Green Moutains. Give Geoffrey Cornish,
able architect of this newer nine, full credit for realizing the possibilities of the
landscape here, as well as designing nine playable holes.

INDIVDUAL HOLES.
There are many good holes at Montague. Here are five standouts:

Four: Another par-three that rivals ten. Was the architect of the front side
Scottish? From the looks of this hole, you could bet on it. It's pot bunkering
an ground contours were reminiscent for me of Royal Dornoch or Nairn, both
in Scotland. Elegant, but this could also give you fits. The green also has a couple
of pronounced humps.

Five: A gorgeous romp through woodland, this steeply downhill five-par may
be short, but it's tricky. It starts with a semi-blind drive and ends up on a huge
green fronted by sentinel bunkers. And they are massive. A test for
shot-makers.

Ten: a monster-par three playing downhill, and the course's best hole. Not
only is the view, featuring a mountaintain backdrop, stunning, but so is
the elevated, well-bunkered green surrounded by fantastical mounding.
There's a clear British Isles feel on this signature hole.

Fourteen: A masterful creation by Cornish, this linksy par-five featuries a
nagging tree set near the landing zone's narrow fairway, and smoothly rolling
terrain all the way to the green. The green itself is mounded and small, but
the hole can be a two-shotter for those with power and accuracy.

Sixteen: The tee placement, set near the White River and below the fairway's
plateau landing zone, means you hit uphill on shot one; shot two takes you
over a small vale to a sizeable but protected green atop a knoll. A tall pine (left)
and gaping bunker (right) frame the green complex.

CONDITIONS:
More than respectable and well above the public course norm. The greens ran
smoothly and had no blemishes, the fairways were well tended overall, and the
roughs were also good. Greenside chipping areas were excellent.

A FEW TAKEAWAYS:
Given that I had to play at twilight today on my schedule, conditions became too
dim to play the last four holes, so I'll have to return sometime to play a full round
in prime time. The only hole that struck me as odd was the tight, dogleg left 17th,
where a drive in the center of the fairway requires a hooked (egad!) short iron to hit
the green. This is not unusual for Cornish. But the layout is seriously impressive,
and I'm partial to the links-style flavor that Montague pulls off. Among the
positives, the course's variety is a strong asset. Both casual players and those
who love the classic style should make this a top choice.

Played front 9, then poured with rain, club house and staff great company. Finished back 9 with no more rain encounted. Would have been tops if we had the sun. Will try again with a better day when we are up again. Worth the trip. Nice lay out of course and grounds.

This was way better than we expected! My wife and I really enjoyed this very scenic, and challenging track, located in the heart of the Green Mts. They have a great place to stay also. Check it out!

We had a great time,can't wait to play golf a lot more(retirement)

Nice course. Enough of a challenge to test ones skills and enjoy your day. Looking forward to my next round.

It was just a wonderfull day,maybe a hair to hot.Course was in great shape,staff was great, my game was not great. Really like the 2 different nine hole lay out.

Got a great deal on golf now. Course in good shape. Greens nice needed a mowing but overall not bad. Will play again and will recommen

First played the course right after storm damage. Two years later, the course conditions have vastly improved. A few areas on the back nine where decent grass is having trouble taking root - either somewhat bare or given over to crabgrass. But over all, a nice course.

One of my favorites

18 brand new greens which are in great shape! The tee boxes could use some attention but overall the course is really nice. Staff are very accommodating.

This was a feel good course.

This was a great course to play. Went out at 8:00 am, had the course to my self. Course is in great shape, I scored well and had a great time. Greens were a little slow but everything about the course was in excellent shape. Would play again enjoyed my day.

Had a lot of winter kill so leaving grass on greens a little long making puts difficult to judge. Grass on tee boxes sparse in some places. Despite above we had a nice time and will return. Good value.

It is a beautifully designed course with a great staff and crew. Harsh winter hurt greens and they were very, very long and slow. Tons of clover on back 9 made it difficult to find ball in rough near fairway. Give the greens another month to come back and this course will be top notch!

Great, except for the temporary greens.

The winter was rough on this entire course, not 1 of the 18 greens was open. They had temporary greens about 30 to 40 yards in front of the real green. This was fine except that you really couldn't putt as they were really rough.

The course had 18 temporary greens. Not worth the price u pay. Ok layout but requires a lot of repairs to greens. 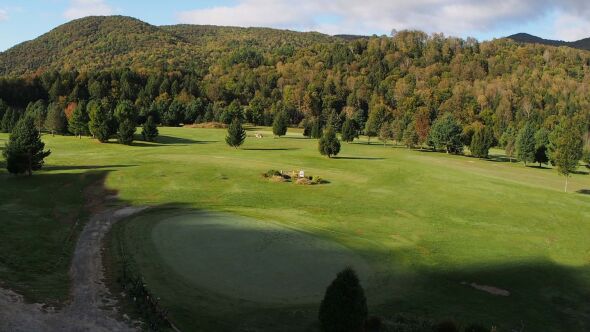 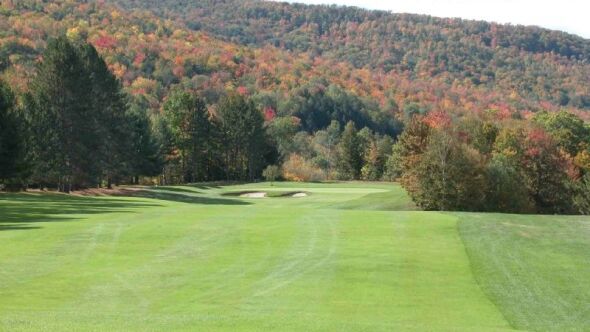 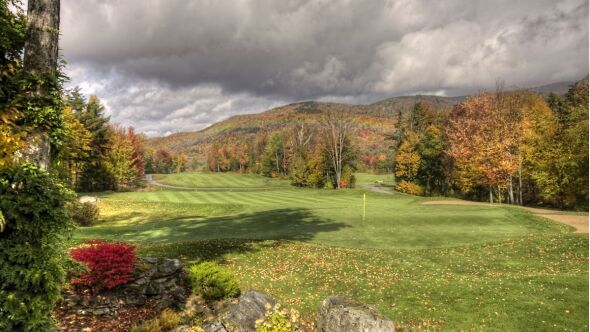 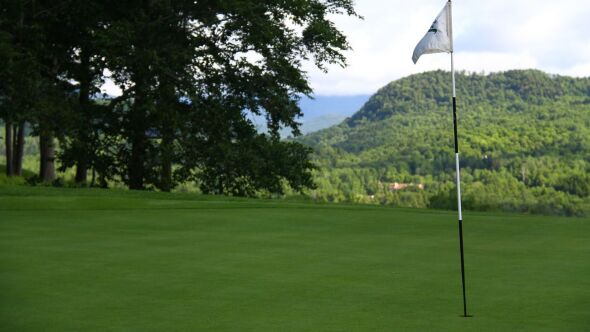 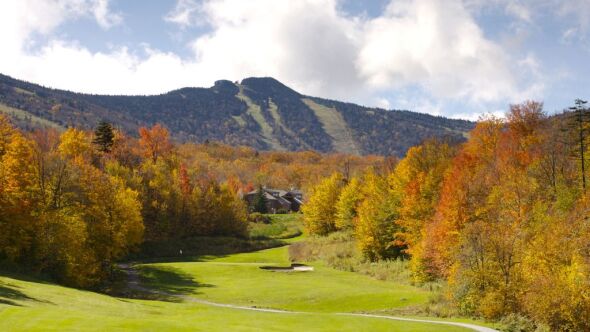 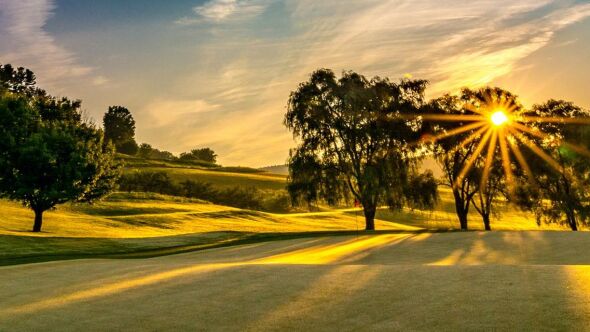 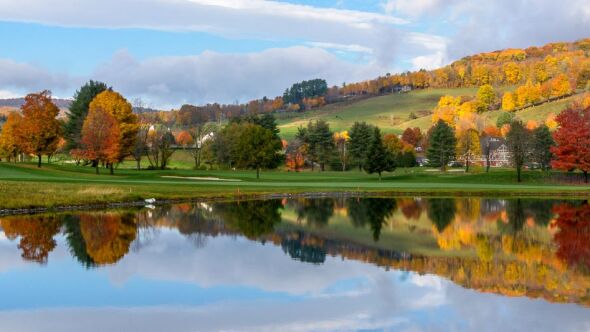 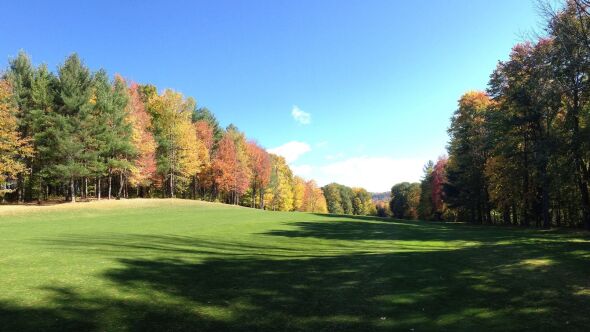 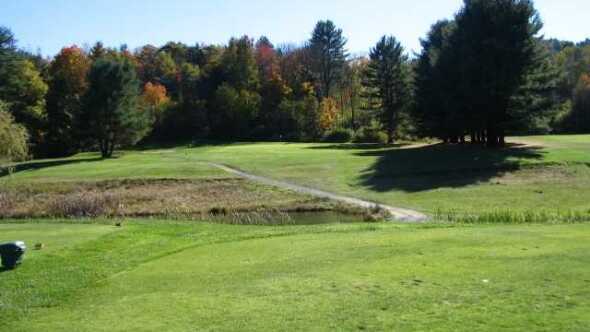 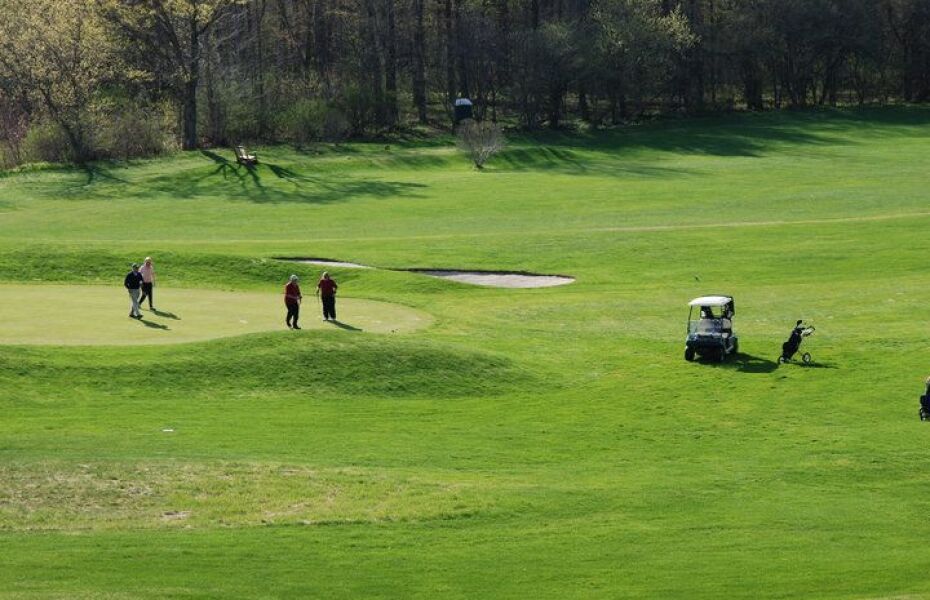 A view from Montague Golf Club 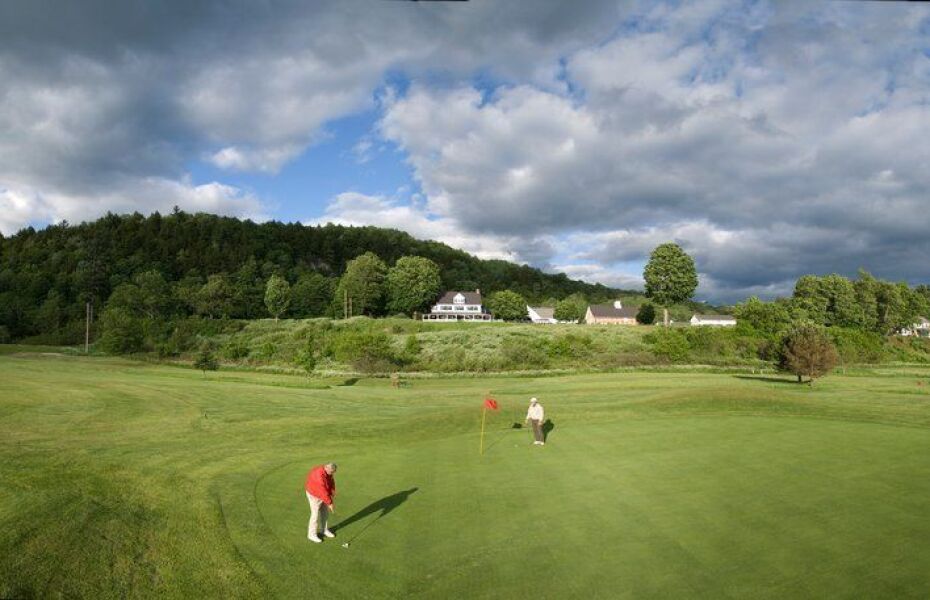 A view of a hole at Montague Golf Club 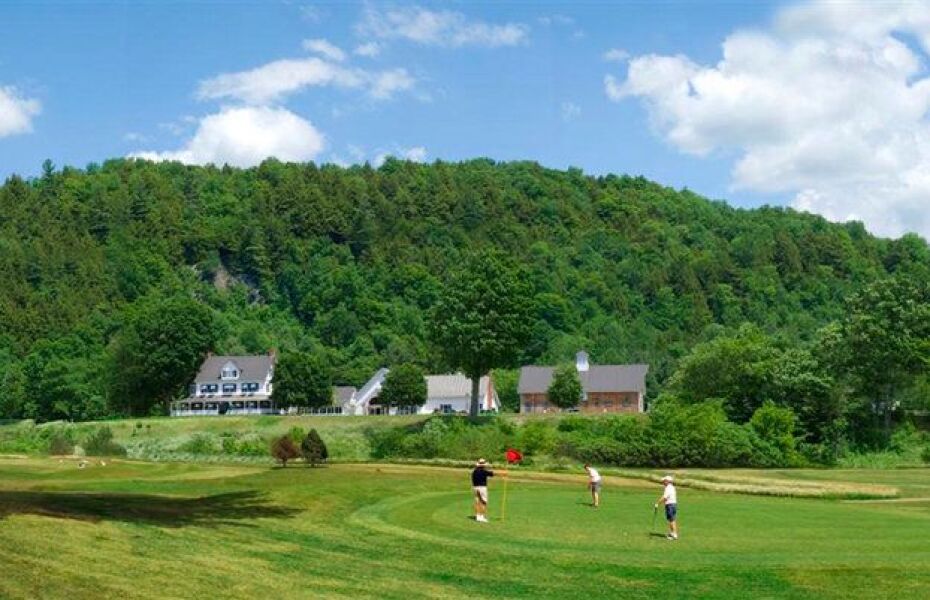 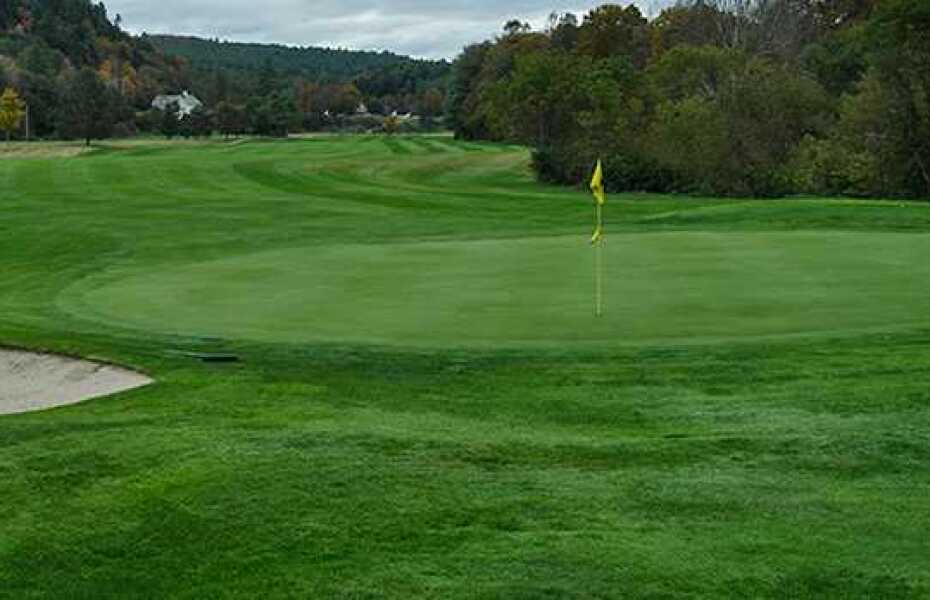 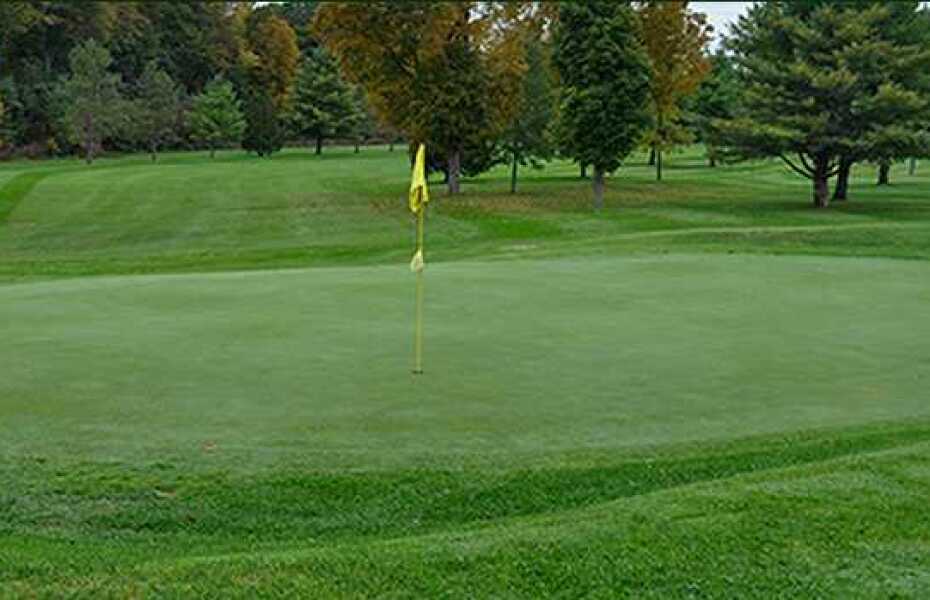