I was fortunate enough to play with a long time member and he provided stories about the senior amateur played there to the the 9th hole possibly being an add on when original forgot from the original routing. This was by far one of my top golf days ever.

The course seems to have each 9 build to crescendo by the last hole. The boomerang green on hole 7, the hidden 5th green, the multiple tiered 1st green, the crazy 11th green (played prior to renovation) and the 18th are just a few of the amazing green sites.

I have played the MacKenzie / Maxwell Stadium Course at UM and the Mackenzie / Maxwell OSU Scarlet (prior to Nicklaus Renovation) and Gray course and CD is in a league of its own. The view of Crystal Lake on the front 9 and views of Lake Michigan between houses on the back 9 are superb. Do not forget to at least walk just past the clubhouse and look out onto Lake Michigan after your round.

I had the fortunate chance to play Crystal Downs last week and since there are hardly any reviews on line or much more then the basic facts about this place, I thought people might like this review.

My friend was able to be the high bidder on a charity silent auction for a foursome with NO Member, which we found out is very rare.We were only able to play after Labor Day and only during the week. This was fine by us and we would gladly rearrange our schedules to play there any time.

Golfers: all belong to other private clubs in Michigan and we play often. Handicaps range from 11-17. We all have been very fortunate to play some of the other Top 100 courses in the world and the other bests of Michigan as well.

Course: The course is in immaculate shape, very well maintained. Fairways are pretty wide open and forgiving, there is not a lot of typical rough. The fairways tend to blend in to heather, which is playable if the lie is good. Do not think St. Andrew's heather if you have played there before. Bunkers are are great shape and the sand is very playable and true. The thing that makes this course so tough and highly rated are the greens. Our caddie told us the like to keep them at US Open speed most days. Our day they were rolling about 11.5. They roll very true and are in perfect shape. All the greens are multi tiered and you MUST be below the hole AND on the correct tier. Four or more putts are common and at points it was laughable trying to keep them on them green if you were in the wrong position. They truly are punitive, in a good way I guess. Do not expect too many flat lies even in the middle of the fairways. The ball always seemed just below or above my feet. The practice facilities were disappointing for being the #10 course in the USA. The range is very small and you can not use a driver or any woods in my opinion. They have some half flying distant balls, but we still hit them too far. The putting green is very tiny and they do have a small chipping area. I think there is just not enough room on the property for an established practice area that would fit their ratings.

Misc: Since we had no member, we were not allowed in the Clubhouse at all, only the pro shop, which is small and nice with a little grill for quick foods on the turn or at the beginning of your round. One member of our group has played here multi times and said the Clubhouse food, views, and service is top notch. There is NO ALCOHOL allowed on the course at all, no cell phones- only to take pictures and no smoking. We were told that if we got caught doing any of these things, the member that put this up for auction would be reprimanded and the caddie told us that there have been members kicked out for drinking on the course in the past. They like to have no distractions and keep it like it was 1927 on the course or so we were told.

Overall: This is a great course and by far and away the hardest tee time in Michigan. It is not the most esthetic- Arcadia Bluffs or Bay Harbor, nor does it have the history of Oakland Hills , but it is truly a bucket list for any golfer and I would jump at any chance to play it again.

Best course in Michigan, hands down!!!!!

This was one of the greatest courses I've ever played. I was fortunate enough to get on in June of last year, and it was amazing. Everything, from the course, the location, the experience, the food, the staff friendliness, was first rate. If you absolutely love golf course architecture, especially classic architecture, this is a course you MUST play before you die. The green contours may have been the greatest greens the Doctor designed. I can't put into words how good the course was. Like I said, if you LOVE classic architecture like I do, you NEED to play here, no matter what!

The Golden Era gem of the north

When you grow up in Michigan, you hear murmurs of this exclusive Alister Mackenzie gem up north, and assume you'll never play a round here, satisfied instead with the area's many great publics like Bay Harbor, Arcadia Bluffs and Forest Dunes.

But alas, I was afforded an invitation to this gem of the north and wasn't disappointed.

The setting, overlooking Crystal Lake (with some brief glimpses of Lake Michigan) is simply sublime, while the architecture itself is fascinating at every turn. At just under 6,600 yards, it's still all the golf you could possibly want, thanks to small, fast, well-protected and greens without a single dull blade of grass.

It's no wonder some of our century's top architects, Tom Doak and Mike Devries, are members here and play it often. Truth is, this course has helped shape some of their most heralded designs of the 21st century, and it's easy to see why.

I was lucky enough to grow up in Ann Arbor and play Mackenzie's University of Michigan course often, and there are certainly some similar elements here: imaginative short par 4s, demanding par 5s and slopes in places on holes that today may be deemed "unfair." But there's no pouting over approach shots or even putts that roll off the greens at Crystal Downs. A course creeping towards 90 years old is still as much of a challenge as it ever was, and one hopes anyone who will be designing courses in our current century gets a chance to see some of these greens and these remarkable holes, built before the era of bulldozers, to realize what is possible. Every Mackenzie/Maxwell design still in existence deserves to be treasured, and while not as well known as Cypress Point and Augusta National, Crystal Downs is quite nearly every bit of a bucket list experience to be enjoyed. 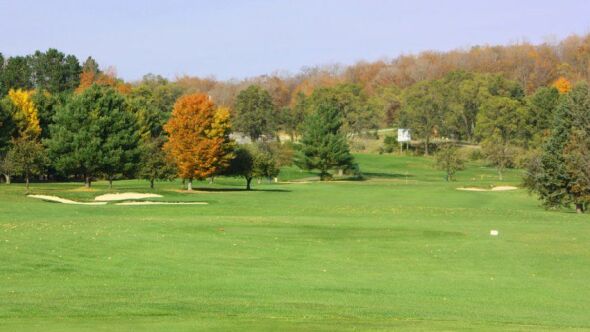 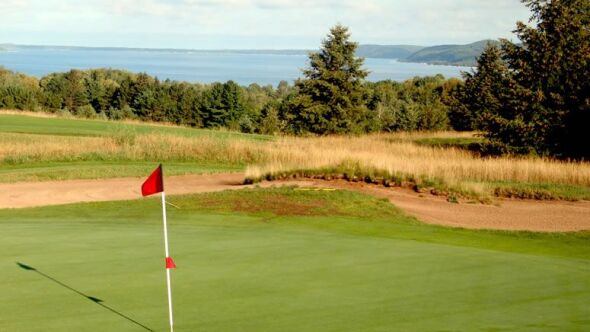 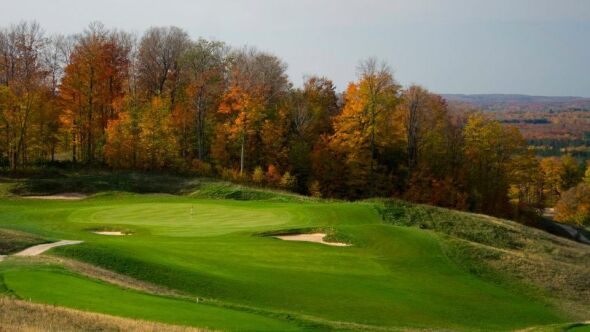 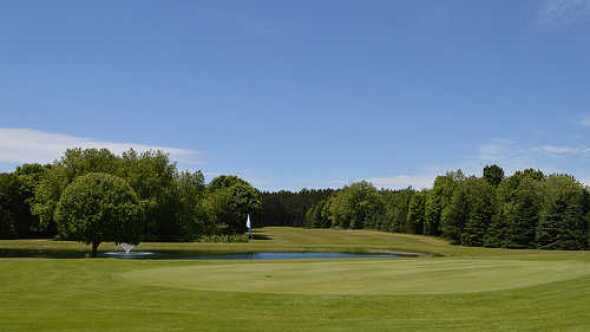 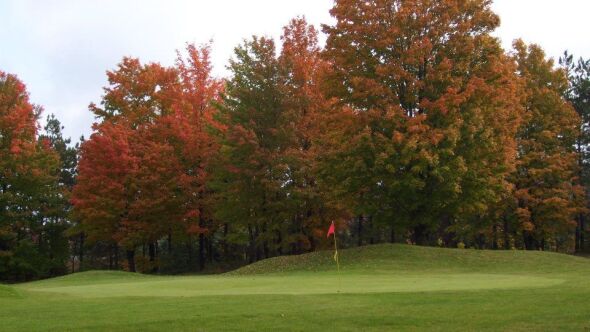 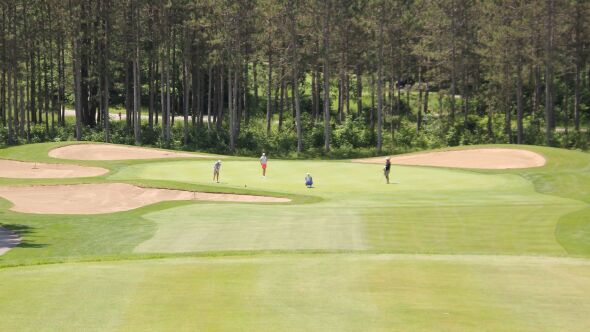 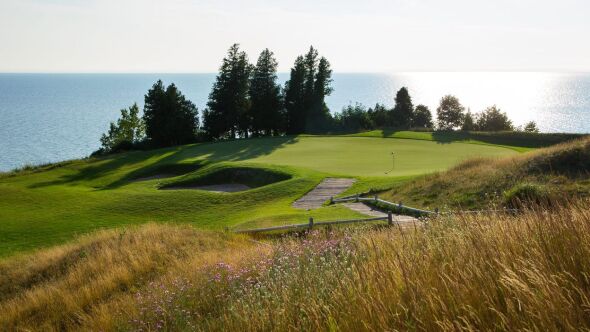 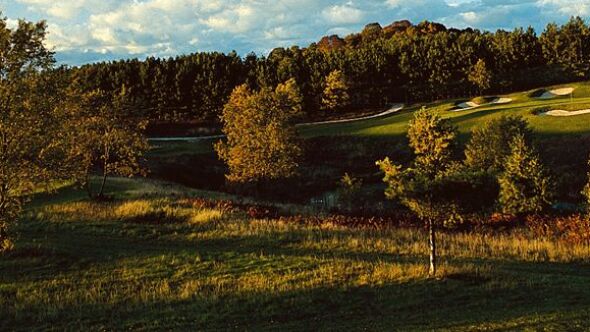 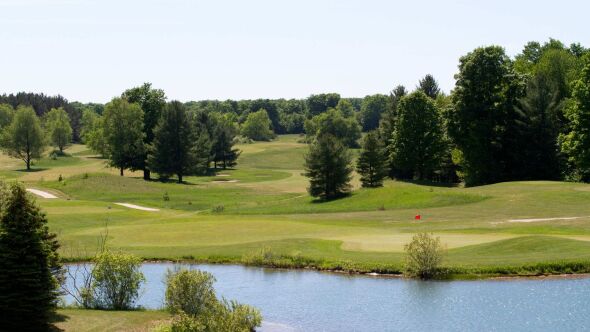 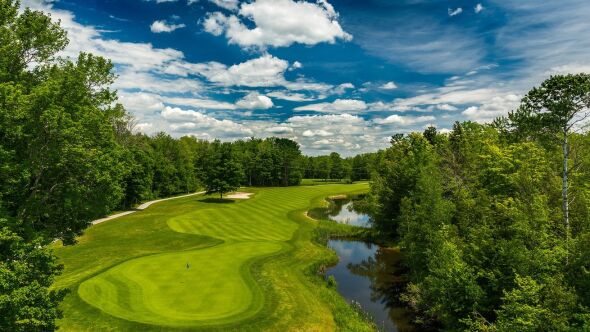 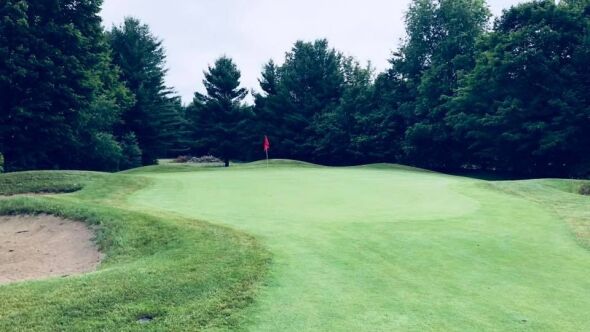 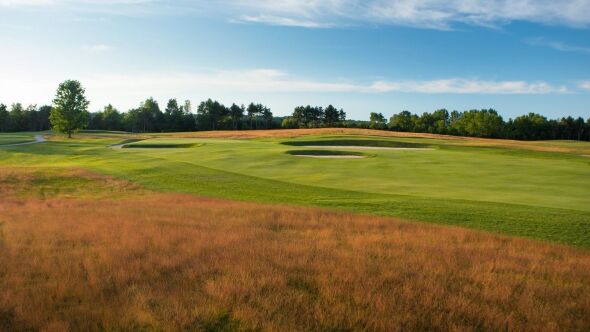 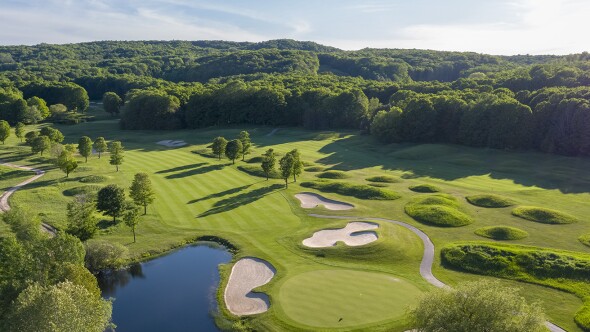 Unlimited Golf Packages from Boyne Golf
From $155
The Unlimited Golf Getaway package is perfect for the serious golfer that wants to pack in the rounds! The unlimited package provides you unlimited golfing access to five of BOYNE's outstanding golf courses and a night's stay. Courses included in the package are The Moor and Donald Ross Memorial at Boyne Highlands, The Alpine and The Monument at Boyne Mountain, and Crooked Tree Golf Club*. 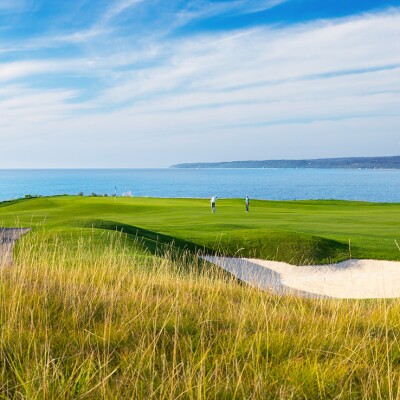 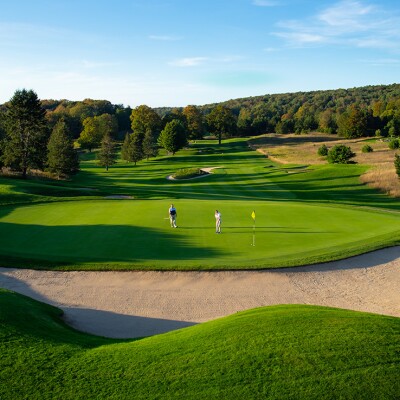 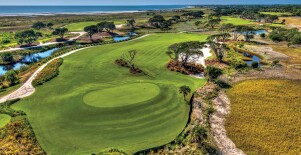 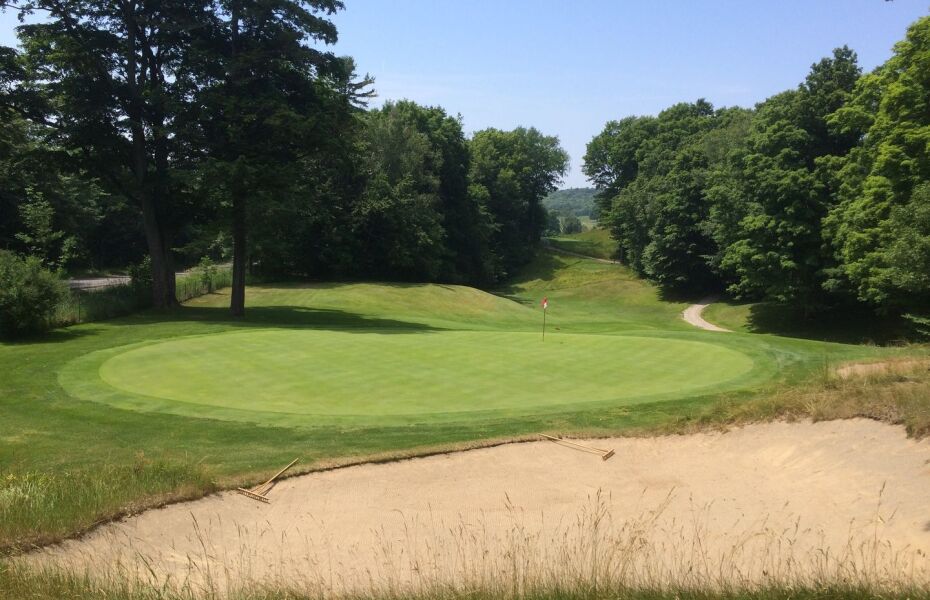 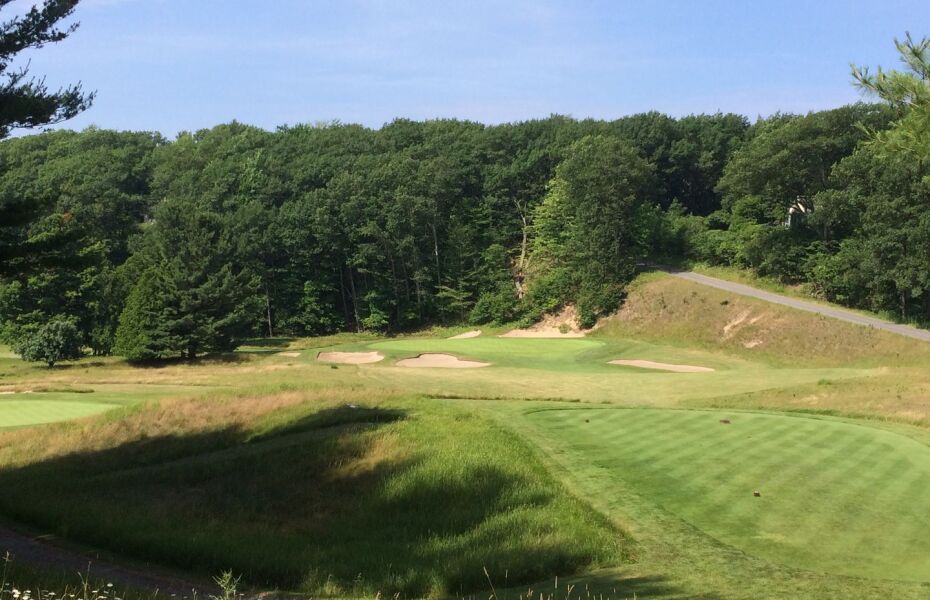 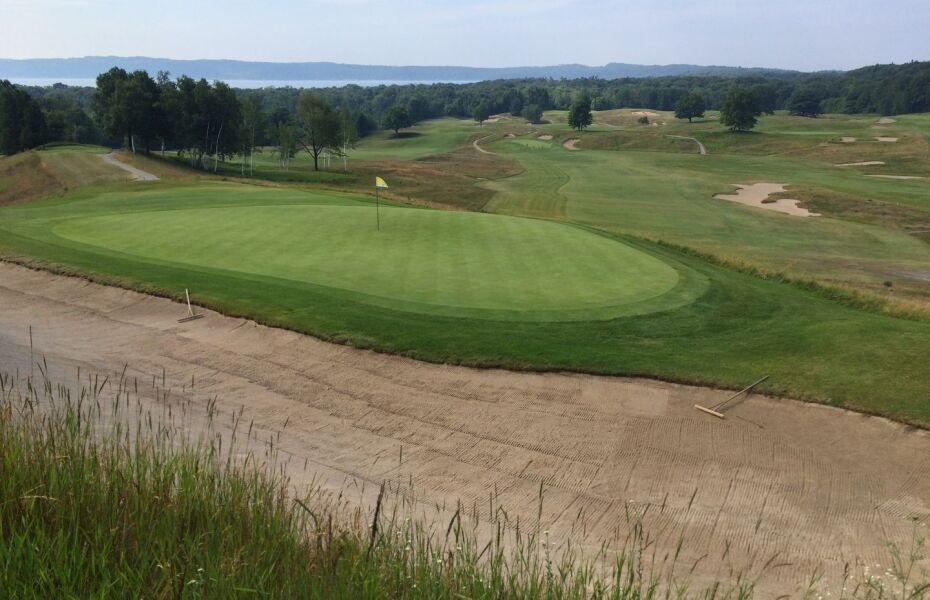 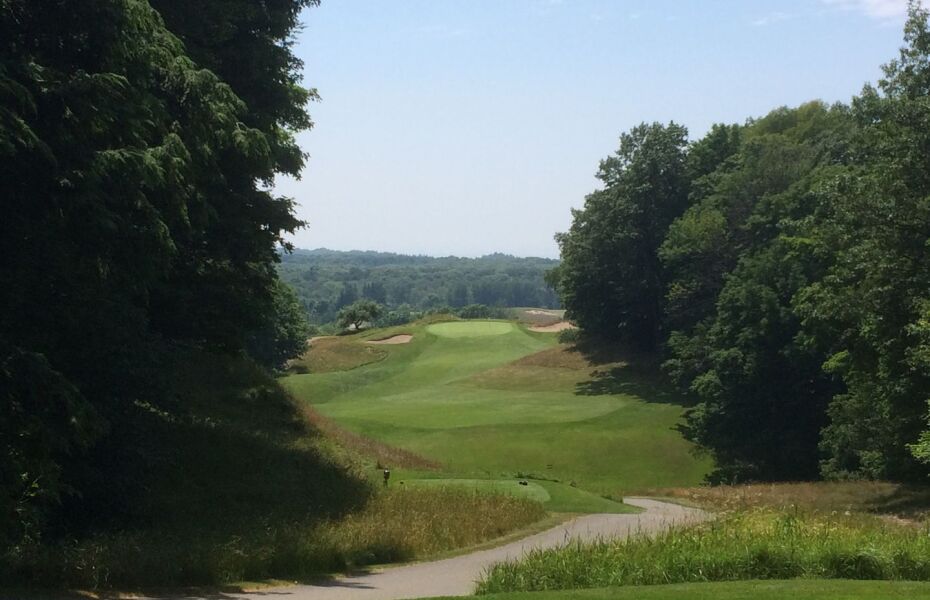