Scenic Shell Landing Golf Club, which opened in 2000, wraps around wetlands and natural areas. Water hazards are prevalent but not overwhelming throughout, coming into play on eight holes.

Golf Digest named Shell Landing among America's Best New Courses of 2002. The January 2003 issue ranked the course No. 5 in America in the Best New Upscale Public category. It was the only one in the top five located in the South.

Shell Landing; play it if you have the chance

Despite drought course was in great shape. Staff doing great job in spite of pandemic. Very enjoyable and refreshing round.

budnik29
Played On 05/10/2019
Reviews 3
Skill Intermediate
Plays Once a month
I Recommend This Course
5.0
Previously Played

Southern golf at its finest

Not sure where the 2.0 ratings come from. Course is beautiful, well maintained (maybe a few bald spots), and challenging. Breathtaking scenery and wildlife abound. Top 5 course in MS!

Should have taken my advice from 2017

Well Fallen Oak was closed so we needed to fill one spot. Reluctantly I scheduled this at my own peril. See my review from 2017. Nothing has changed.

Owner and CEO Kenny Hughes is a native of Biloxi, MS and spent his childhood playing golf at nearby Sunkist Country Club. Kenny attended the University of Southern Mississippi where he was named Player of the Year as a member of the varsity golf team. After graduation he got into the golf industry on a full-time basis and in 1989 Hughes was named by the PGA as apprentice player of the year by the Mississippi Chapter. He has been a PGA member since 1992, having competed in and won dozens of tournaments. So it goes without saying that Kenny knows golf, especially in coastal Mississippi. He has been at Shell Landing Golf Club since the course opened its doors in 2000 and has seen both the good and the bad. Shell Landing has been through some rough financial times and in 2012, Kenny and a group of investors purchased Shell Landing and nearby Hickory Hill Golf Club, where Hughes got his start in the golf business.

Shell Landing doesn’t have deep pockets or the backing of a casino to help it stay afloat and what Kenny and his staff have done is take a spectacular golf facility in a relatively unknown – at least for golf – part of the country and transform it into a facility that is recognized by both Golf Digest and Golfweek as one of the top public courses in Mississippi year in and year out.

Golf Digest has been so impressed with the facility that they have recognized them on several occasions including naming Shell Landing among America's Best New Courses. In 2003, the magazine ranked this Davis Love III championship design #5 in America in the Best New Upscale Public category, the only one in the top 5 that is located in the South. In 2007 Shell Landing was presented Golf Digest’s "Architecture Award' in recognition of their outstanding design and named it among the "Best Golf Courses in the State." In 2017 Golf Digest ranked Shell Landing the 6th Best Golf Course in Mississippi.

The Shell Landing Golf Course was designed by Davis Love III and plays 7,024 yards of golf from the back tees for a par of 72. From back here, the course rating is 73.2 with a slope of 128. Shell Landing Golf Club features both a beautiful natural waterfront setting and some diverse topography. Water comes into play on eight holes and plays a role on most scorecards. Generous tree-lined fairways meander through the pine savannah, which is adorned with seasonal flowers. These well-sculpted fairways give way to large undulating greens that roll true and fast. You’ll find conditioning like many of the high-priced casino courses in the area at a fraction of the cost. As you make your way around the layout, you’ll have the opportunity to commune with nature; it’s not uncommon during a round to see deer, alligators, rabbits, fox and a variety of birds. With five sets of tees, all levels of players will find Shell Landing to be a challenging and enjoyable place to play.

Shell Landing is not without its fair share of memorable golf holes. The course’s signature hole is the par 3, 17th which plays over 200 yards from the back tees. The tees are elevated and play downhill to the green. Don’t let the visual distractions fool you, you can easily be distracted on this hole. All you can see off the tee is the marsh and the three deep bunkers that loom behind the green. The best advice you will get is to be sure and carry the marsh and hit the green! Par is a good score here.

Another hole you’re not soon to forget is Number 9 a 370-yard par 4 that features a marsh that crosses the fairway. Longball hitters may be able to carry it, although for my money, the risk outweighs the reward. Play something less of the tee, short of the creek and you’ll leave yourself a short approach to an elevated green protected front and back by beautiful, white sand bunkers.

The par 5 3rd is one of the most beautiful holes on the entire course. It’s a modest double dogleg that plays well over 500 yards. Fairway bunkers guard the right side of fairway off the tee and if you play it too safe, you may just find the woods! Place your tee shot down the left center of the fairway with a power fade and you’ll be in good shape to play your second shot. You’ll want to hit it down the right side of fairway towards the mounds with a slight draw; this will leave a full third shot into the green. Should you decide to go for the green in two, be sure to carry the large pond that fronts the green.

Other amenities at Shell Landing include a full length 15-acre practice facility where you can hit every club in your bag, as well as a massive putting green. There’s also men’s and women’s locker rooms, club storage, and top of the line rental clubs.

After your round, be sure to stop by the Landing Bar and Grill, which has something for everyone. At first glance, the menu is not all that impressive, as a matter of fact, you could say it’s very limited. That may be the case but take a bite out of any item on the menu and you’ll be amazed. After all, what’s better: having a small menu and doing everything well or having a lot of choices, but nothing memorable? Their burgers are superb, the Philly Cheesesteak is something to write home about and their sandwiches are impressive. And by the way, the hot dogs are the best around and their prices will let you leave with enough to pay off your bets! The Landing Bar and Grill is open to the public and is open for lunch 7 days a week from 11 AM – 3 PM. They are also available to host special events.

Last Word: Shell Landing offers true southern hospitality and gives you the total Gulf Coast golf experience without breaking the bank. Every hole is unique, and you need to think your way through each shot. The greens are some of the purist in the area and knowing them will help you tremendously. They want to see to it that you enjoy yourself and come back again. On your next visit to Mississippi’s Gulf Coast, be sure to play a round at Shell Landing.

So the best thing about this place was the lady behind the bar and Sydney in the proshop. I love the layout. I've played this course each year I visit and it constantly gets worse. Extremely bare, Back tee boxes almost gone on a few, no tee plates (except on par 3's) first few greens were punched in season, wild grass growing everywhere including edges of greens. For 100 bucks this was a terrible value. Will not be back and it's out of the rotation.

Always is good condition. Fast smooth greens. Plenty of room for tee shots but if you are really wild you will be punished. I play this course 10+ times a year. One of the best practice areas you will find on the MS coast.

What a great course in south Gautier, who would have ever thought this particular area could produce such a gem. Course is challenging but fair, knowing the greens will help tremendously. The greens were some of the purist I've putted on, great job to the staff. I would say this is one of the best courses on the coast, great job Kenny Hughes! Will definitely play here again during my next visit. If you're in the area play this course you won't be disappointed.

Drove here from Dauphin Island - was worth the drive! The design of the course was a lot of fun. Every hole was unique and you needed to calculate your shot. You don't just grab a driver every hole and fire away. The gold tees were just the perfect length (6700 yards) The ladies tees were fair and my wife had a good time too. The greens, fairways, and tee boxes were all perfect. We paid $35 each for twilight - awesome value! Some of the holes were so difficult but they were so much fun. Played one of my best rounds. Watch out for Hole 18 - it's a doozy!

Shell Landing is a must play if in the Biloxi area. The course was in pristine condition. The course winds thru the marshland that provides great back drops and beauty to the course. Greens were excellent smooth and true. We did have multiple rain delays, course drains well but it was difficult to hit out of the rough when wet.

Great course for the money. Friendly staff and fast greens 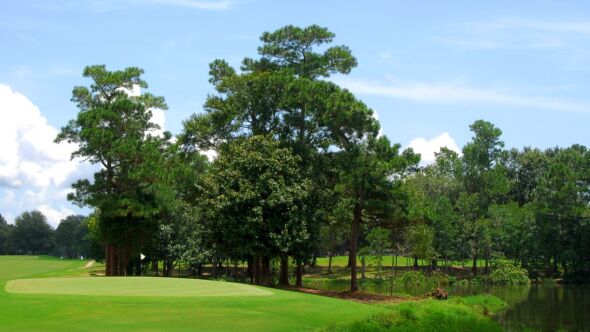 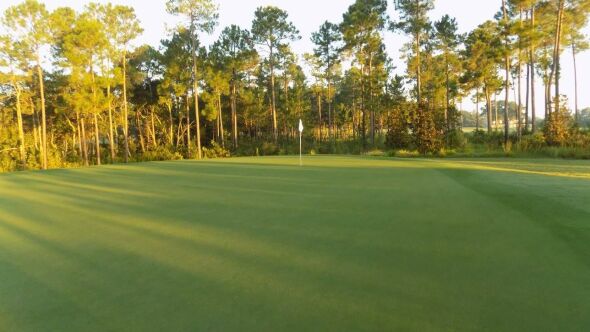 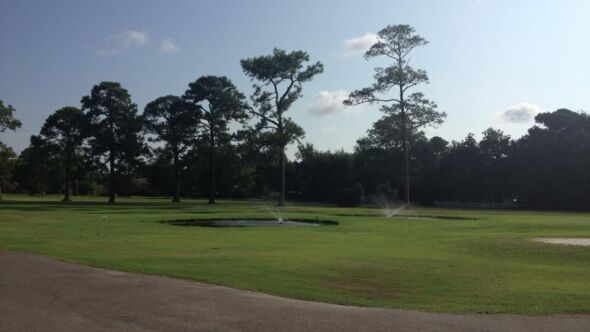 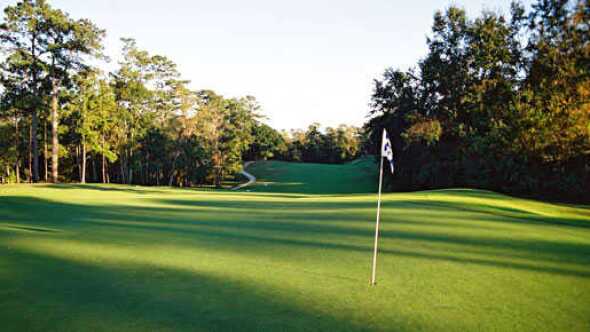 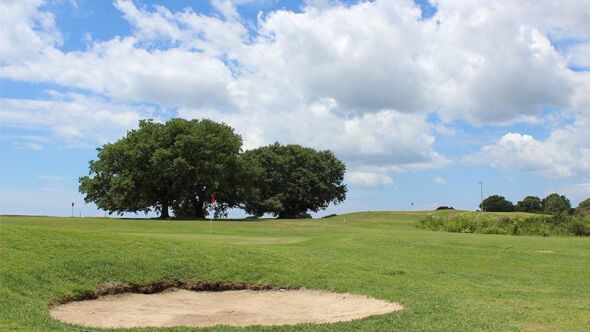 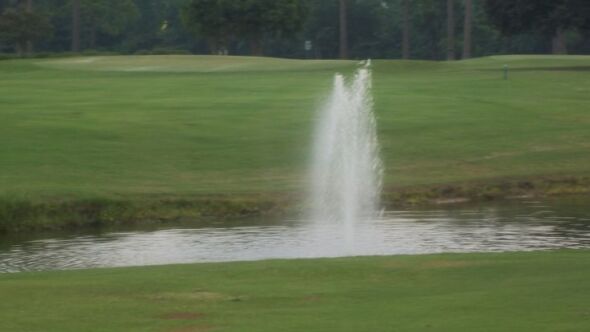 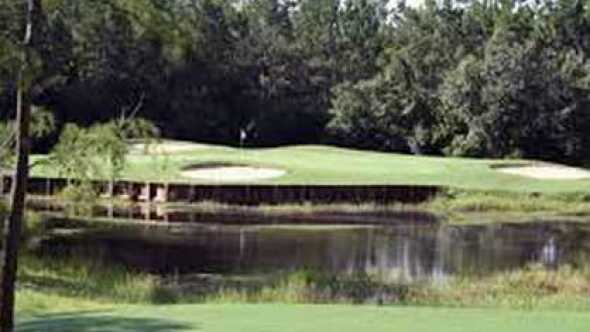 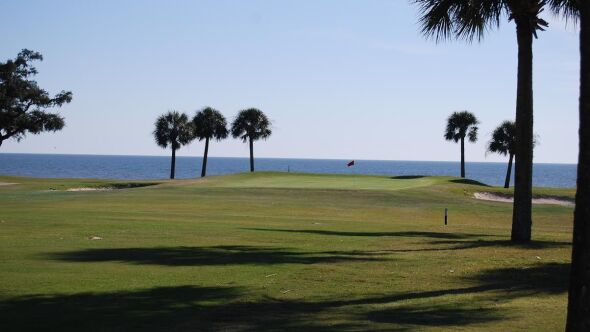 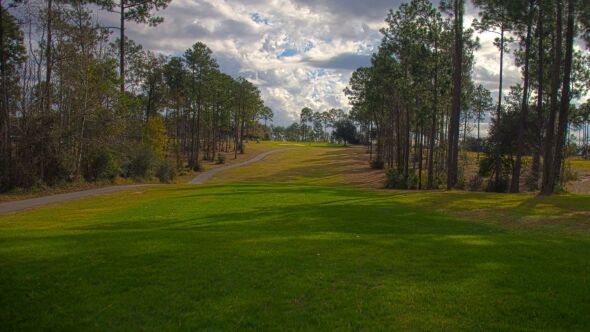 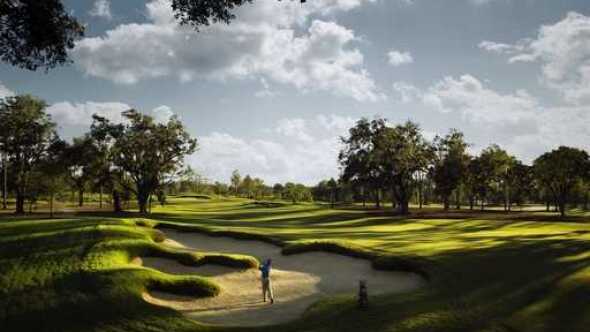 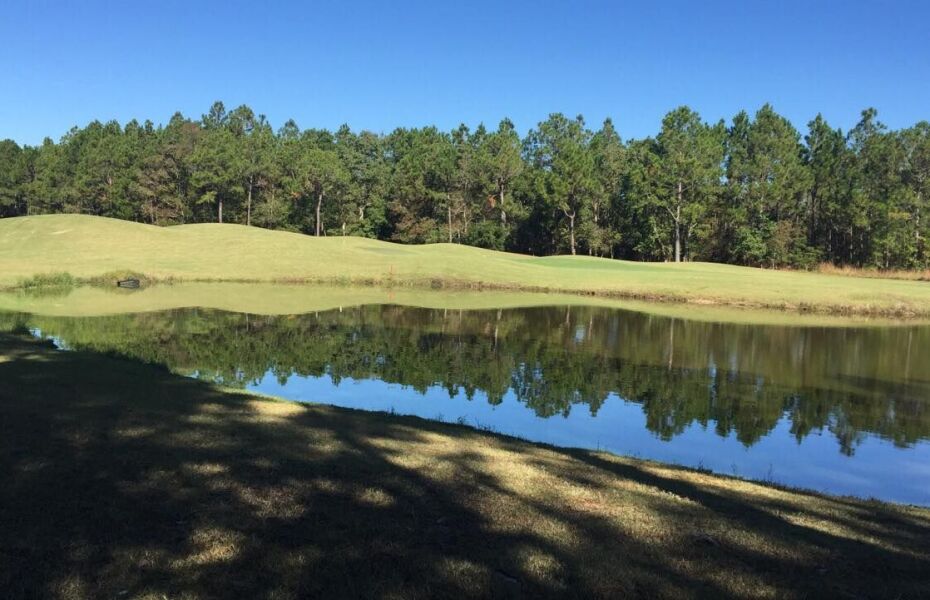 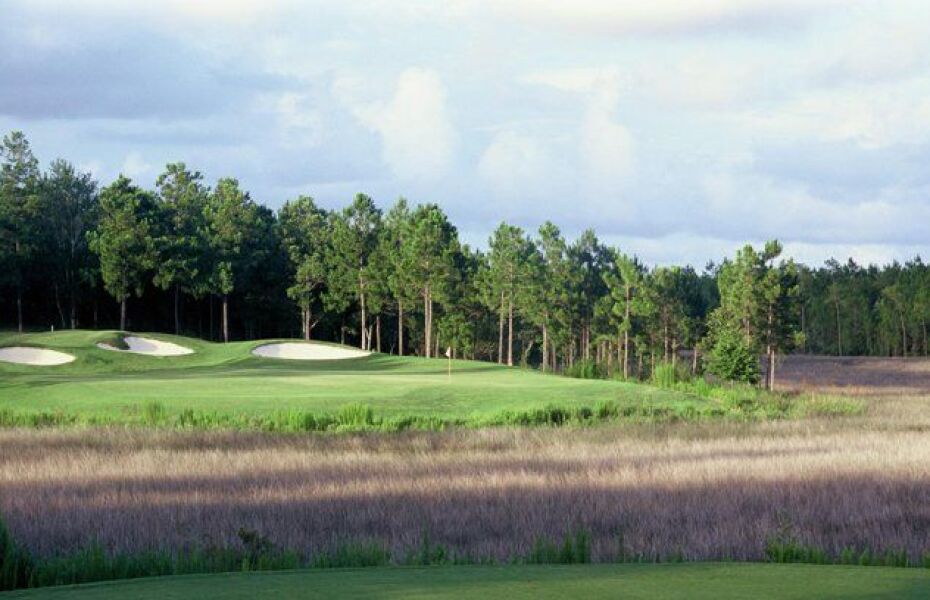 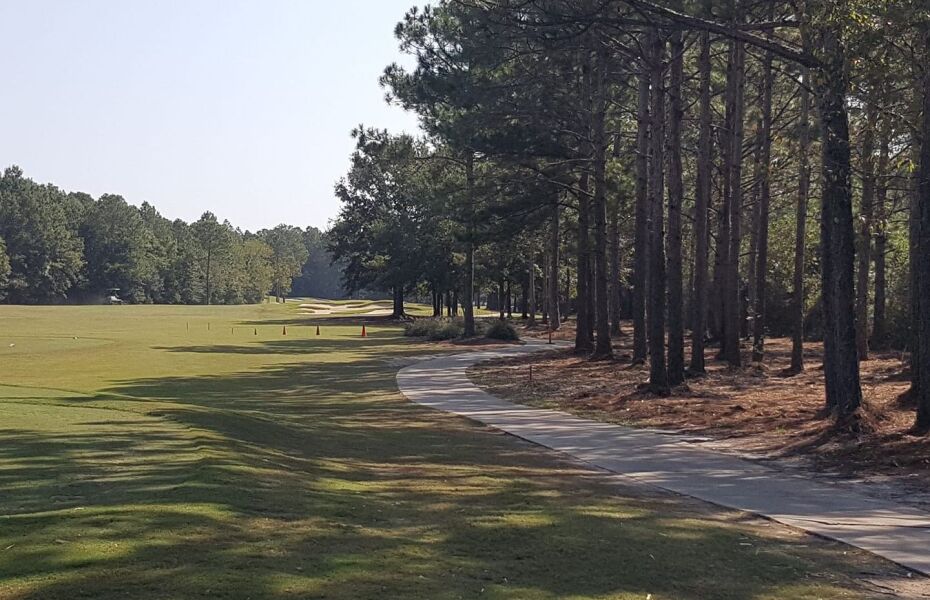 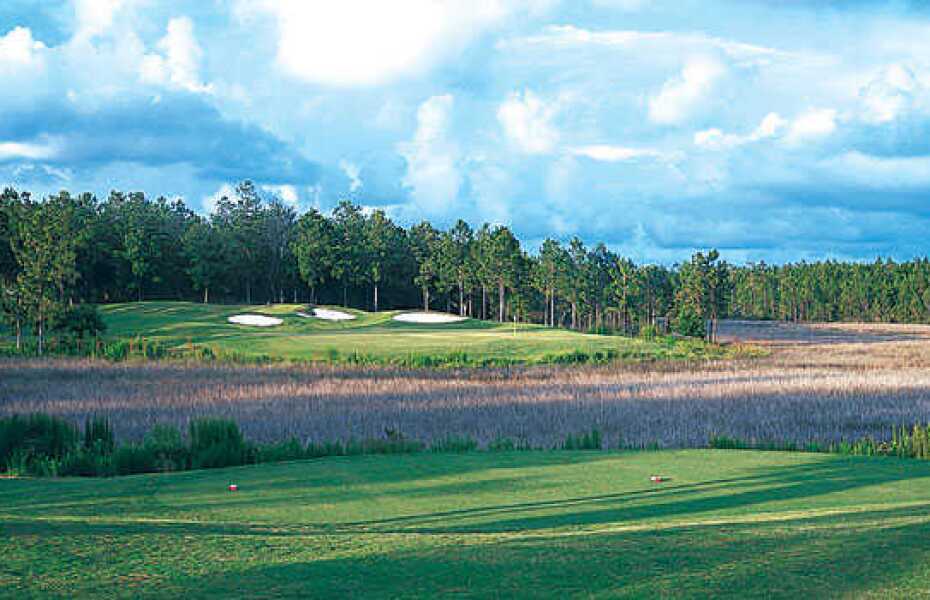