It was looking to be a beautiful fall day up until till the ninth hole. Prior to playing the course Marshall instructed us and very brief request that we only use the cart paths on the front nine. When you go to this course you will realize that cart paths seem to appear and disappear out of nowhere. One second there is a clear gravel or asphalt path and the next second it fades into the fairway. On our ninth hole we were verbally harassed by the game warden who started screaming and swearing saying that he saw us move away from the cart path, which he was correct we were guilty of that. But the fact that me and my friend were harassed and screamed at over something as innocent as accidentally crossing the fairway during the spring season On municipal golf course is ridiculous. I am going to call back the following day and receive the gentleman‘s name and possibly include this in the future review. It is quite common to not get along with course wardens who are more drunk with power than a fresh off the block state trooper, but the fact that they can think that they can verbally harass people and scream at people who made an innocent mistake should not be taken lightly and should be a fireable offense. Beyond the cursing in the harassment this is a beautiful course I just wish they would hire a more noble staff than the person who they hired to supervise the course the day that me and my cousin went. I grew up in Troy and I can sadly say that was the last day I’ll spend a penny at Frear golf course.

I grew up playing at this course 46 years ago and this is the best condition I have ever seen the course. The rough was only about 1 inch higher than the fairways because they probably want fast play at this public course.

I would recommend this course to those who like nice conditioned courses but can not afford a country club.

The course is in great shape for being this early in the season. The greens were aerated early in the season so the green are pretty much fully healed and are rolling nicely. Will play here again for sure! Park pub is a good 19th hole as well.

Granted, the last few years were not good, issues with older course maintenance equipment as well as the lack of a dedicated superintendent, but that all changed in September of 2017 with the hiring of Greg Tudor.

Late 2017 showed remarkable improvement as Greg addressed several greens that had major issues. This year, pretty much right from opening, the course is in the best shape I've seen in my 35 years playing it. New mowers, etc, a great man in charge, and a bigger course staff has turned frear around in a dramatic way.

If you haven't played there yet in 2018, you are missing a real treat for golfers. It's no gimme of a course, but that is no fault of the conditions, it's a great test of golf !

Have played Frear before and love the layout and the people however they are having a problem with their greens. Chemical problem has led to 1 temporary and bare spots on a few other greens. I hope it clears up because I love the course.

This is a surprisingly good course in a lower middle class town. The first nine was built in 1931 and the architect [apparently unknown] constructed a fairly playful nine holes over uneven ground with excellent views of the Hudson River Valley and Albany.. The back nine was done in 1964 by Robert Trent Jones Sr at the height of his powers and is better constructed over somewhat less interesting land. Taken together it was fair and engaging test of golf.
Troy is a financially stressed city and it shows here, even though a $1.2 million irrigation system was put in recently. There is clearly not a lot of money for fertilizer, herbicides and turf replacement or other labor intensive work. Still, the greens are puttable, the fairways are in reasonable shape and the rough is mowed and the result is a high value proposition. The cost is modest for a course with so good a layout.
I checked the online tee times on the Park District's site, saw an open window between 11 and 1 on a Tuesday late summer afternoon, showed up and was sent right out. There is a practice green but no range. I rode and did't catch anyone else until the fifteenth hole. I didn't have time to try the restaurant; the staff was friendly and helpful. All in all a very good value and I will play it again. 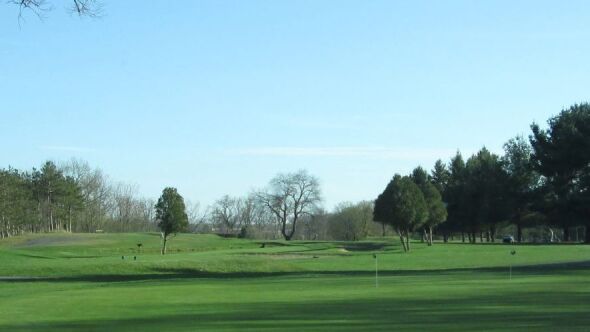 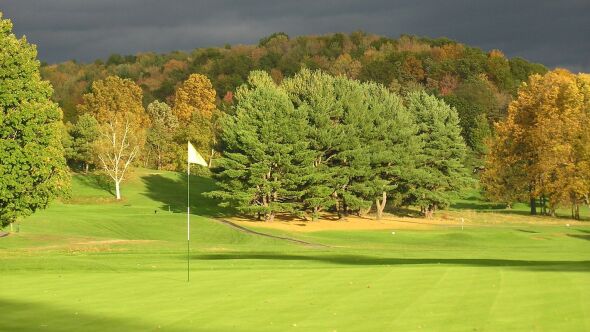 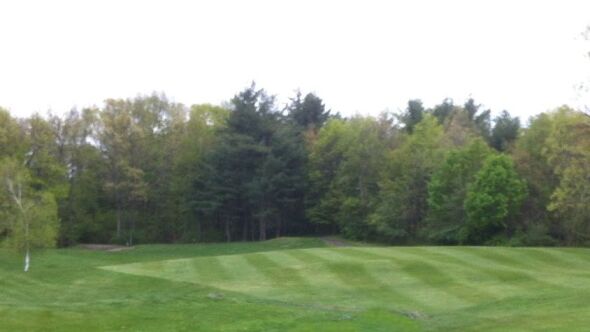 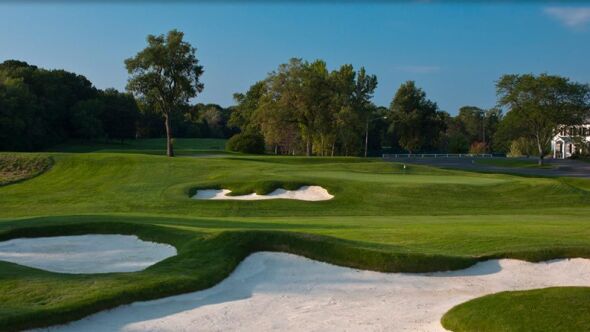 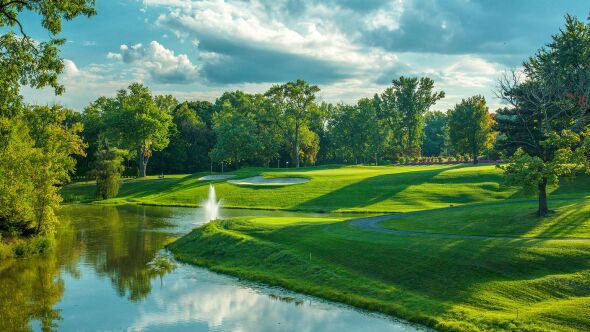 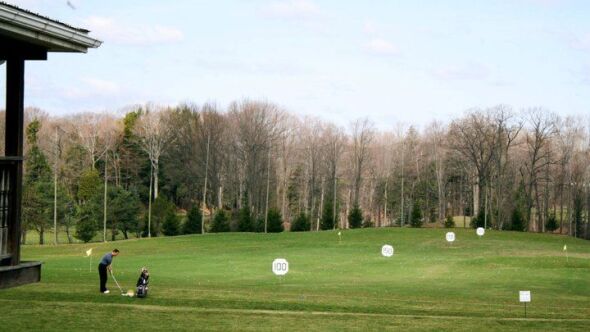 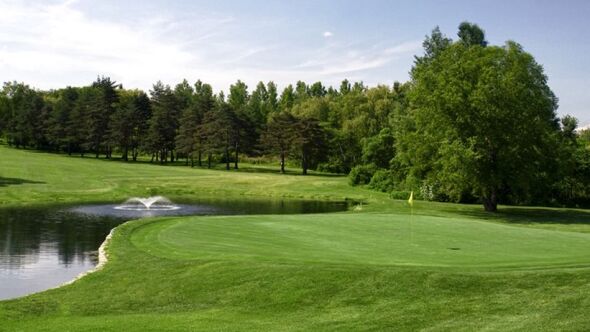 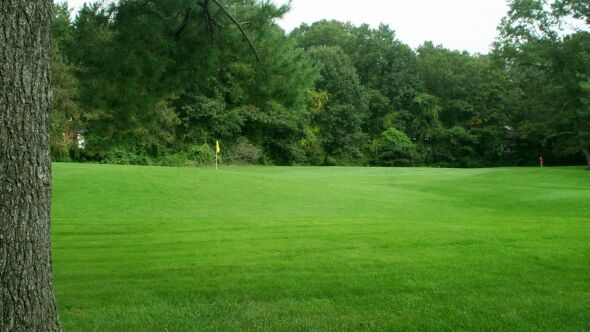 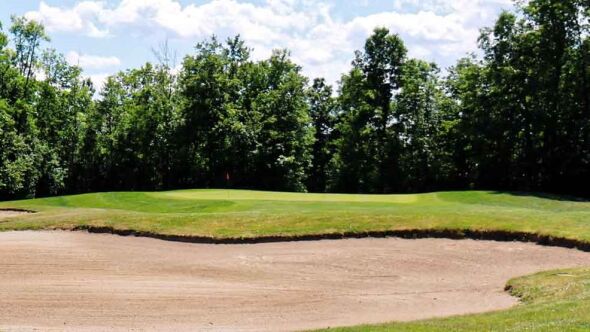 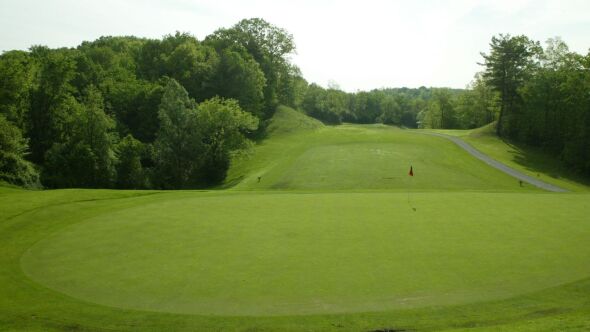 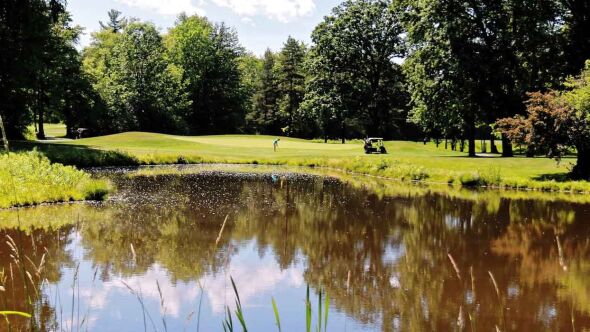 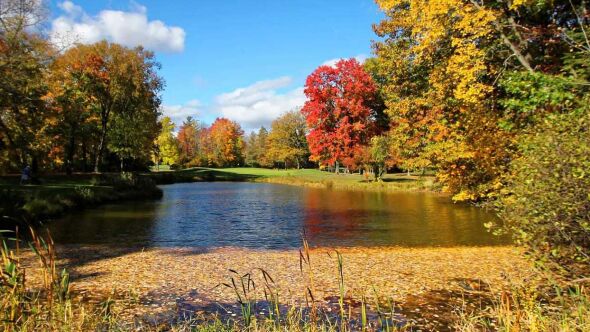 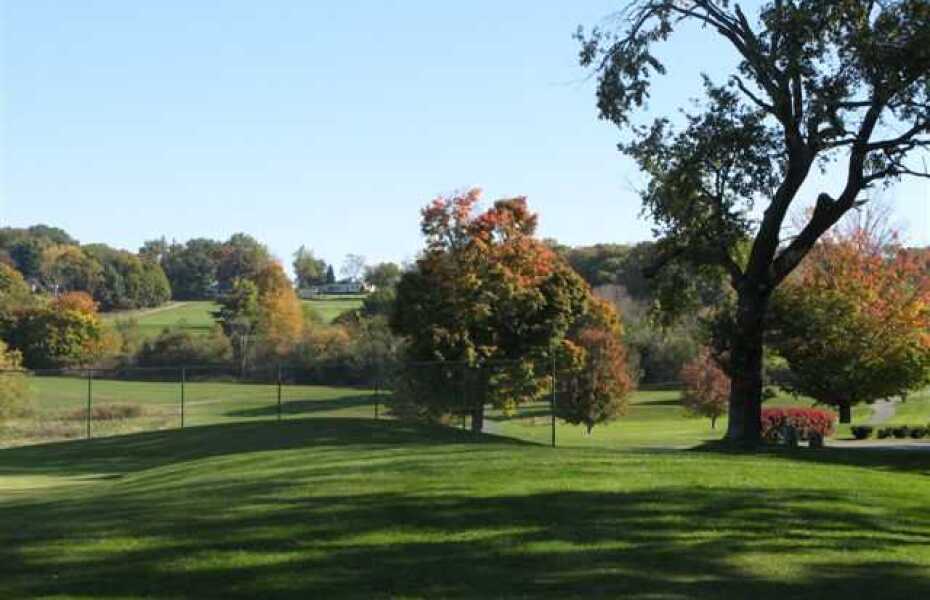 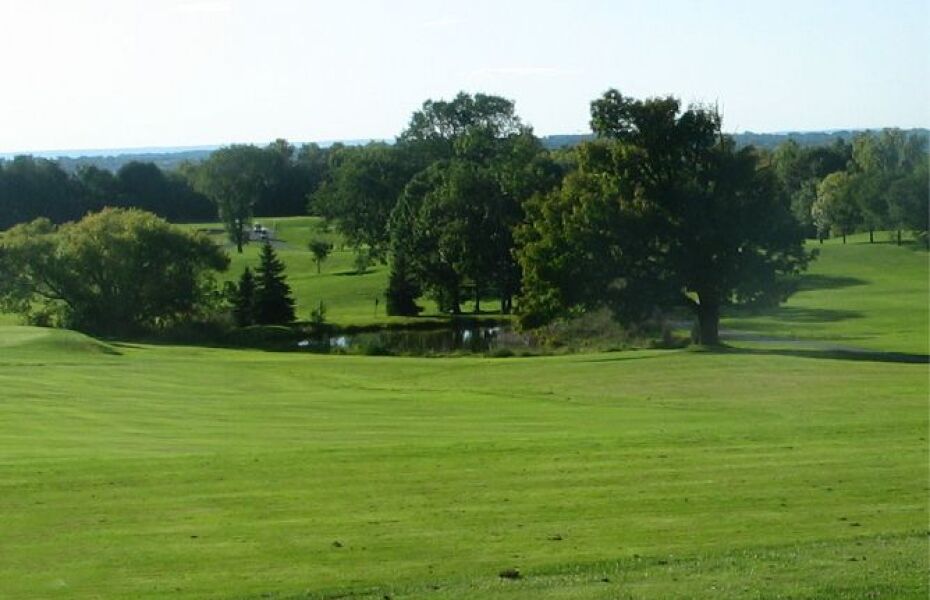