The 19th Hole is Great For:
Drinks 8
Course Challenges Include:
Elevation Changes 12
Water Hazards 6
This course/club is great for:
Wildlife/ Scenic Views 10
Locals 9
Seniors 6
This Course's Location is:
Worth the Drive 8

Took the drive down to Lucas Oil GC, way down in English, IN. Drive is about 2.5hrs. We’re coming back in July for a golf trip, so we wanted to take a peek.

I’m not the club historian, so I’ll be paraphrasing some; local legend Forrest Lucas (just guess his company’s name?) bought formerly called Old English CC and kinda saved it. He’s put money into it since, Michael Hurdzan has design credit and get this, they have Bermuda grass tees and fairways. In Indiana. But, yah, it works.

The course has been re-worked some, and the front 9 is a little gonzo: it crosses the street a few times, goes under a bridge and over a few more. Good chance you get lost once unless you’re following someone. All the newer holes are still kinda growing up, the rough is pretty rough, and you can lose a ball in it easily. The Bermuda was still waking up in mid-May, so I expect it to be better in July when we come back. Tee boxes were mostly level, but did have some weak spots/growth. The fairways were in pretty good shape (like I said, still waking up some). The bunkers didn’t have rakes (thank you shutdown) but we popped a few out to test them, and they were in good shape, sugary sand. Greens were very consistent, but with recent rain, they played grainy and a little hard to figure out.

The front Nine starts with a par5 around the lake, and with a decent tee ball, you can turn the corner and should have a good look for a 3rd shot approach. The second is a solid par3 up the hill and an early standout. Holes Five and Six are a tough 1-2punch, Five being a long-ish par3 and Six an ever-tightening par5 with a nasty slick green (gonzo moment on this hole is a ball being lost thru the roof of old rotting shed and having no idea how to get to next tee box, bridge was out). Eight and Nine are short and gettable par4s.

The back Nine seems less re-worked and much more hilly. The Tenth is a nice open hole and you’ll get a look at the Course’s rental homes on the right. They have 2 homes, with capacity for up to 20. The webpage has more info. From there, you bounce up and back across a ridge a few times. The Twelfth hole will probably eat your lunch, but just hit one out right of the trees, nothing too long and you’ll be fine. Fourteen is a par3 bomb down the hill to a big green with all kinds of slope; I suggest you go play the back tee, the view is sweet. Seventeen is the number one handicap and it’s a demanding 220yd tee shot (or so) with a beach-towel-sized landing area. Your approach has to cover a big holler to a tilted green. Good luck! The finisher Eighteenth is a great elevated tee shot, we all bombed our tee balls over the trees and had a great look into the green (no eagles were realized today my friends).

Coming back this July, we’re going to play a LOT of golf out there over 3 days, and I’m sure we’ll get to know ball placement and the greens much better. I enjoyed it and if you want to take a drive, see something new, the Luke is a fun, quirky course in a nice setting.

Great for a quick round.

Course continues to improve, greens, sand traps, and first cut around greens are in excellent shape. I'll be making another trip down this year to see how the fairways come in.

Good course with challenging holes for beginner and intermediate level golfers. Layout was forgiving with some awesome elevation changes, but requires you bring all elements of the game. Fairways are wide and greens were great given the weather and time of year. Staff were great and the food exceeded expectations.

Course is a lot better since Lucas oil has taken over. Good shape and nice layout

This course has a lot of character

Pretty course, very interesting layout, every hole different . Loved the Bermuda fairways. Will definitely play again. Pace of play was a little slow as round took close to 5 hours but it was hot, humid and midday.

Was almost shocked at how good the course looked. I have played this course when it was awful and to see the improvements that have been made was amazing. Extremely pleased with the outing. With the price we got for the round and the way the course played, we can't wait to go again! Absolutely would recommend this course to anyone.

More than I expected.

Great time on a challenging course. Very helpful staff and a course book was provided to help with where to hit your shots. The back side is tighter than the front. The course was in excellent shape except for a couple of fairways. I look forward to playing this very scenic course again.

I find it a pleasure and interesting course for shot placement in your way around this course . It's a good play, enjoy!

Good layout. Back 9 very technical but fair. Greens need work but very early in the year. Has a driving range which I think is critical. Restaurant and employees work very hard and find time to talk.

Based on the ratings for this course I expected a little more. The course condition is generally not good. Many bare spots. A lot of crabgrass in the fairways where the Bermuda has died out. #15 tee doesn't have a blade of grass on it (good luck getting a tee in the ground if it's not raining). The greens were really the only bright spot. All but a few were in good shape, reasonable speed and smooth for the most part. The front nine is flat with a few interesting holes, very playable. The back is a nightmare starting with #12. Possibly in the top ten of worst designed par fives anywhere. 15 thru 17 are just poorly designed holes. They tried to get creative in the hills but the results were not good. Pace of play was horrendous. Almost 3 hours to play the back. We made the 4th group on the 14th hole when we pulled up and it's a par 3. Price was about right for what we got on this trip since we only paid the cart fees. We traveled over an hour to get there. If you have to travel more than 25 minutes don't do it. Many other courses in the area that are nicer and a better value. Not likely to return given the travel time. If they ever get their Bermuda back on the fairways and tees it might deserve a better rating. They have a long way to go. Sorry.. Just my opinion.

This course is in okay condition. You can tell they are working to improve the course. The price is fair and the course is nice. Will be back!

Nice course with a good layout. Front 9 is fairly flat and the back 9 has a lot of elevation changes. You don't need to hit the driver much on the course. Here are some thoughts on the course:
Pros:
Every hole was different. Course is laid out nicely.
Bunkers were well maintained
Course guide was very helpful since this was my first time playing this course.
Club house/restaurant staff
Cons:
Greens had spots that were burned up as well as the fringe.
Fairways had bare spots as well as some tee boxes.
Rough was mainly crab grass.
Overall:
I drove 1:15 to play this course and I'm glad I did. It has great potential as the layout is beautiful and well thought out. You have to hit shots left to right as well as right to left. If the greens and fairways were a little bit better, then I would have give it a 4 star rating. The staff in the club house/restaurant were cordial.

Fun course to play. Would definately recommend this to others. Had a great day.

Interesting layout. Good greens with a few poor spots. Fairways still need to finish filling in, but the bermuda is making progress. The price is very fair and you get what you paid for. The snack bar is still a work in progress. boiled hot dogs and burgers cooked ahead of time and left in warmers on the counter, not so good. Fries were cooked to order and were great. I arrived via IN 237 (very windy and slow) and they need at least one more directional sign after you arrive near the course. Overall a place to play again.

I would have thought with all the rain we've had in this area there would be be more grass and less dirt in the fairway...of courses can't do anything about the weather which was hot and humid..I probably won't go back...

Fun Course and getting better all the time.

It's clear that the improvements Lucas Oil is doing are making a huge difference. Only a few holes still need work, but will get their due in time. Fairways are mostly good, greens are good, and the latout is fun.

A Free Course Lay Out was given to us, which was really helpful and a nice perk. There has been so much rain, it's difficult to maintain a golf course right now and the carts were on the path, which made this a long day.
Greens were in good shape, and the owners have made tremendous improvements over the past 2 years. Fairways are in still in need of a bunch of work.
There are really some holes with unique layouts, including elevation changes. It's a fun course to play. There is a bunch of distance from tee to green, don't ever try to walk this course. Beer specials in the bar.

It was under water 3 days before!!!! Literally totally underwater!!!! The greens just looked like they had been a little beat up. Not underwater. Spots in the fairway we just had to play GUR 3 times each. I can't wait to play here when it hasn't been submerged underwater! There are some holes where you have to hit an iron. I knew this. Told my buddy where to hit them. He didn't listen to me the first time! Very challenging. I loved it!!!! 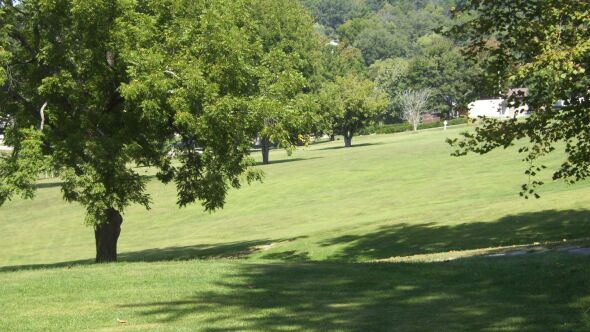 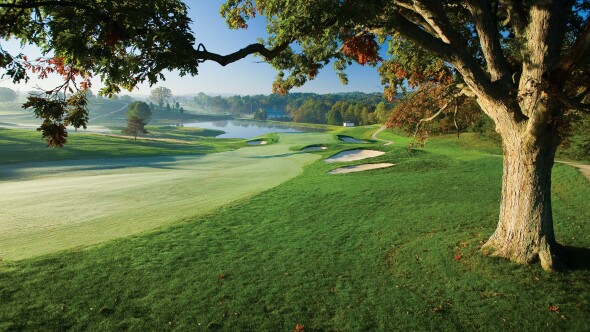 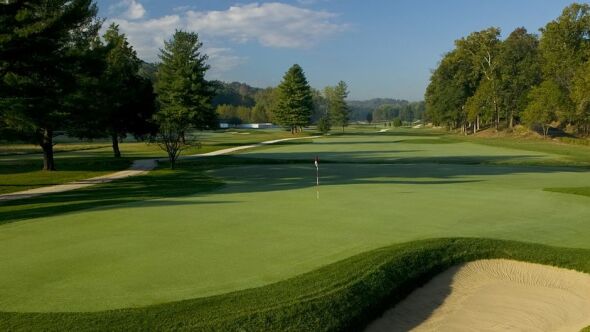 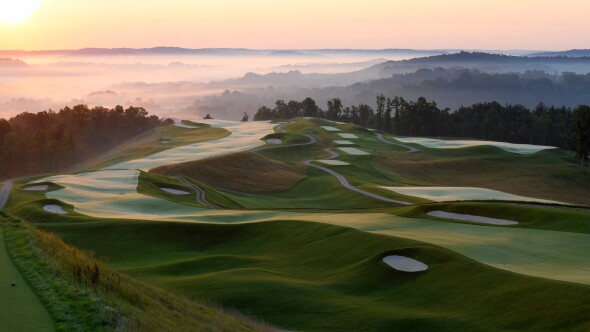 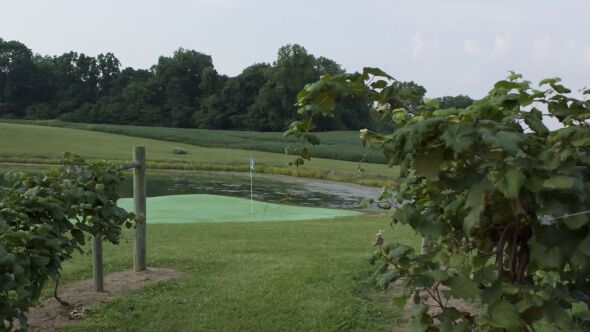 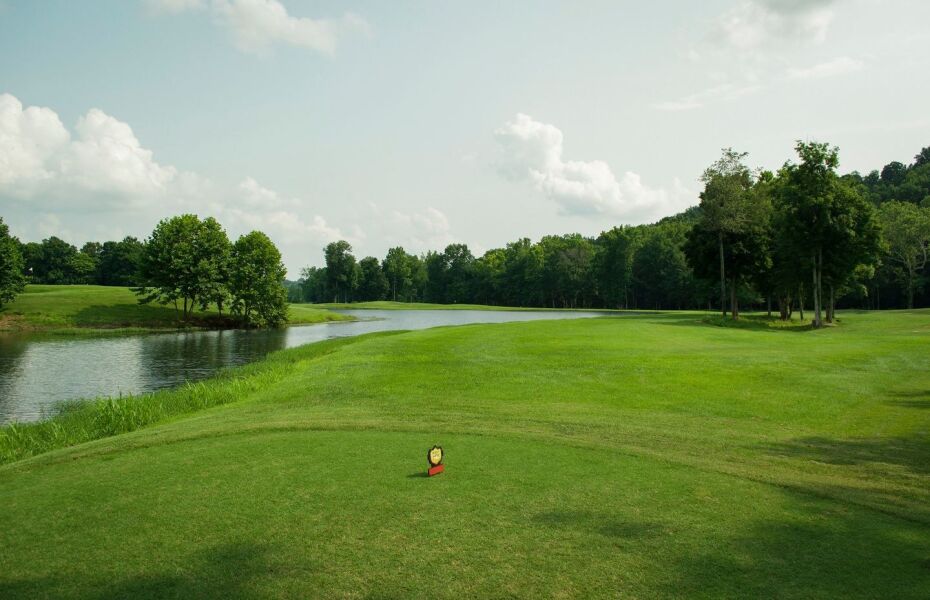 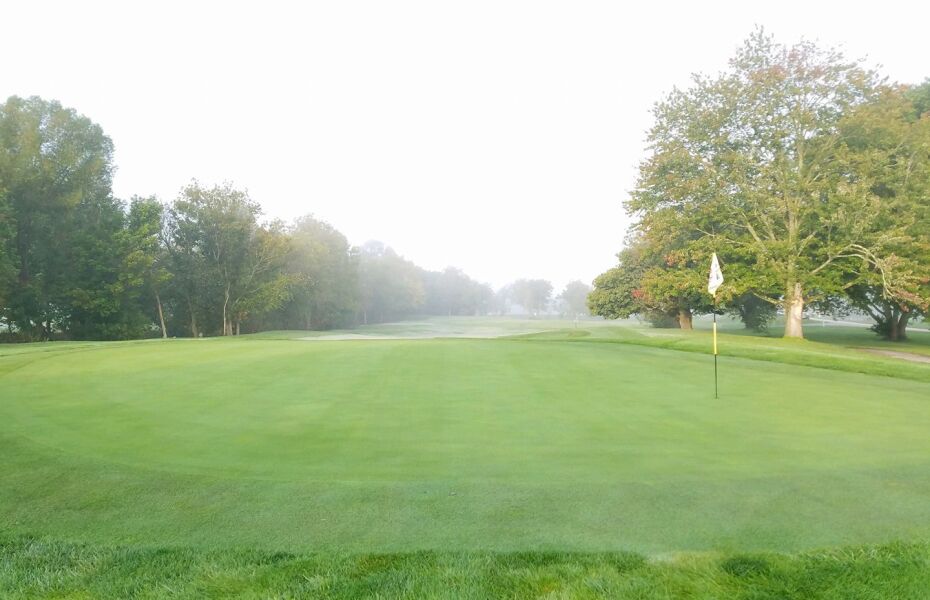 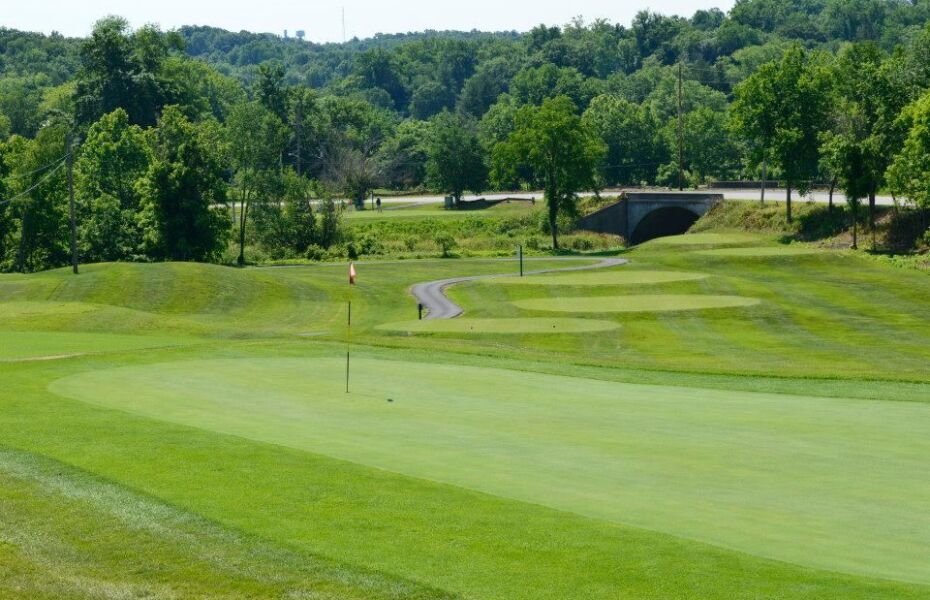 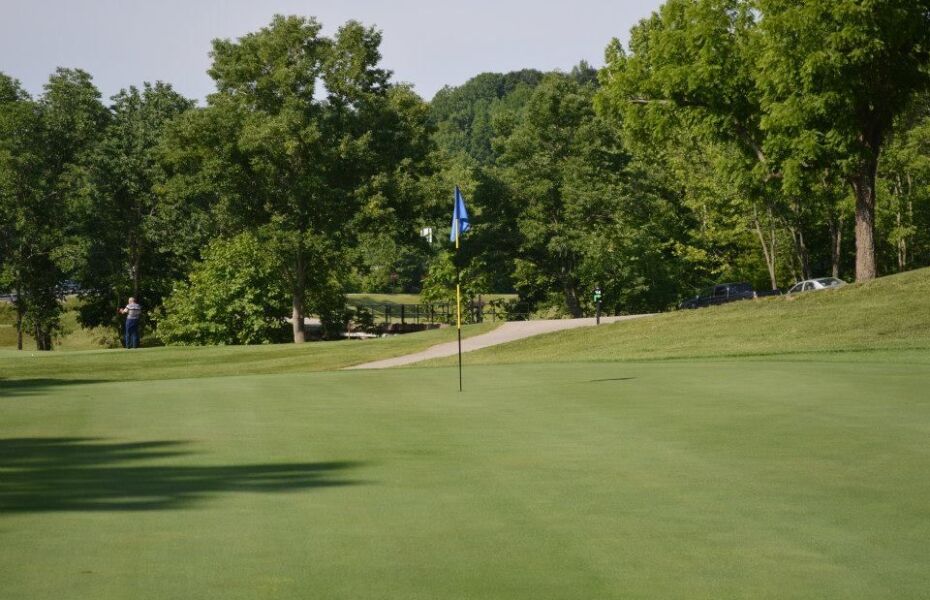 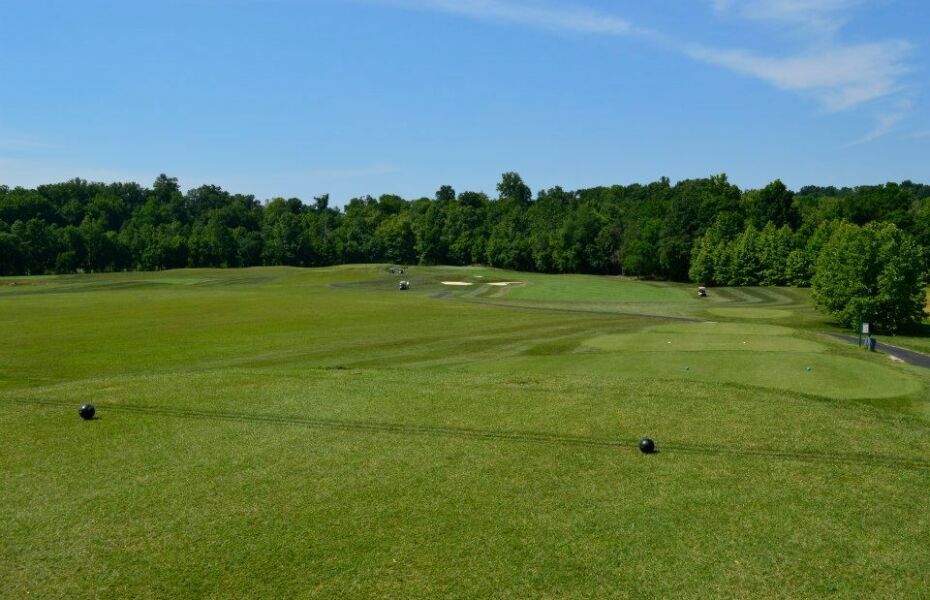 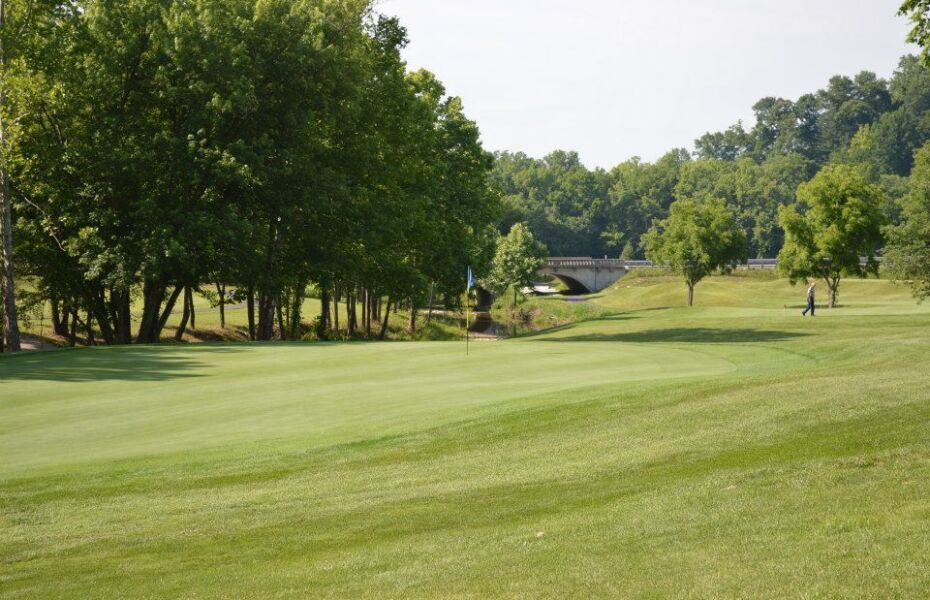 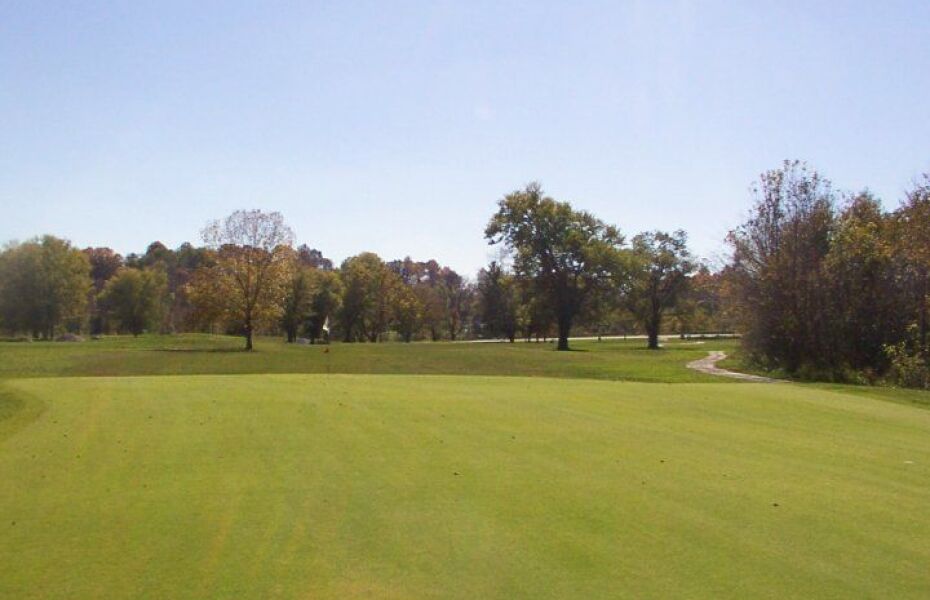 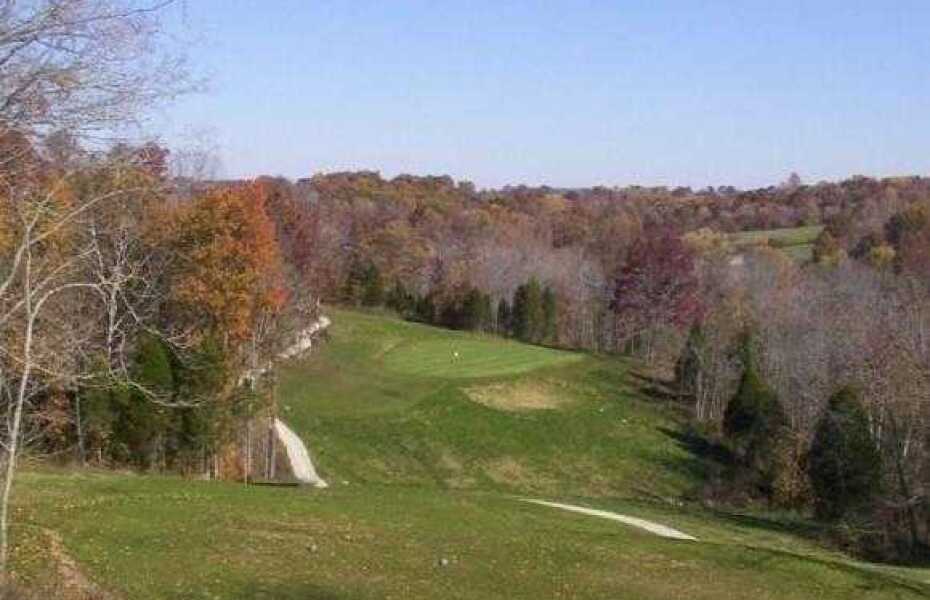