SLOOOOOOOOW PLAY MADE IT UNBEARABLE

I had been looking forward to playing this golf course for a long time. On the one hand, it was everything I expected and then some in the way of beauty, difficulty, and how well it is maintained. It's also a nice touch to provide a driving range where you can hit as many balls as you want to warm up before the round as part of the amenities, something typically only offered at private courses.

Unfortunately, after I finished the third hole, I ran into a foursome ahead of me. They were very slow, as was the foursome in front of them who were playing behind another group that was as slow if not slower. The bottleneck was caused by people searching aimlessly for lost balls because they hit shots off the fairways.

From the 4th hole on, I had to wait 10-15 minutes every time I hit. I made the turn and played #10, and then waited with the group ahead of me on the 11th tee box as the group in front of them were driving around the vegetation on both sides of the 11th fairway searching for balls. At that point I had had enough and for the first time in fifty years of playing golf I quit and drove back to the car.

I mentioned the situation to the very nice gentleman in the pro shop and asked if there was any way I could get a rain check for nine holes so I could come back and play the back nine another day when the course wasn't so backed up. He was very understanding but only offered to charge me a nine-hole rate ($50) and refund the $25 difference between the 9 and 18 hole fee.

In summary, if the course has a drawback it is slooooooooow play and the lack of any rangers on the course to move players along. I guess this is the price to pay to play an otherwise unique, unusually beautiful golf course. Take way the slow play, the golf course is every bit of 5 stars. Add the slow play, it's impossible to rate because I have never had a more miserable day after the 3rd hole, made worse by not being given a chance to come back and enjoy what I paid for.

Course took many years to complete and was built in several stages. The back 9 is newer and opened about two years ago.

Play it before all of the houses are built, you will be happy you did.

Exciting mountain course with incredible views and well thought out design. Course was in tremendous shape and far exceeded our group's expectations.

Amenities are no frills (trailer club house, small range and practice area), but gave a nice resemblance of a Sweetens Cove. Staff was incredibly nice and helpful.

Mountain Golf at its Finest

Check out the previous review from user BrandonWebb it is a great and accurate review.

OTF on way to cult status

I have no doubt that OTF will become a vaunted “must-play” destination in the Southeast in 2020, capitalizing on the ascent of courses in the same vein like Sweetens Cove, Dormie Club, Primland and Tobacco Road.

If you didn’t know better you would think that Coore & Crenshaw splashed one of their designs on the side of a mountain. That serves as a compliment to the true designers: Axland & Proctor, who have kept with the theme of returning to natural aesthetics, like ruff-hewn bunkering, tall native grasses framing fairways and not manufacturing holes, but revealing them instead.

I have played all of the above-mentioned courses, and while they are kin, OTF features similar elevation change to Primland, but the holes here are much sharper. There is much more cant to the fairways, which can be a bit unnerving at first. Most of the unsettling is due to the tee shots you are asked to play. Everyone must play any course for the first time, but here you just have to grin and bear the fact that local knowledge goes a long way. And while the carts are equipped with GPS to help you see a diagram of the holes, it would take a relief map to truly assist you. Just know that you are going to find yourself in some bad spots simply because you haven’t been around this track before.

Yet, the first loop around is still quite enjoyable because the contours of the fairways seem to funnel balls to a preferred landing area. And the green sites can nurture shots that I felt were marginal toward the hole due to the humps and hollows that surround them. The greens themselves, are extremely interesting and reminded me of what I saw in Scotland. Many greens have a single large mound in the middle of them to repel shots and makes putting over them quite a challenge. The green speeds for the type of movement in them were very fair, however, and I never felt like a putt could get away from me.

As has been mentioned, the second nine has only been completed for a few months. Still, there were no real signs of its newness that I encountered, other than perhaps some of the greens were still in the process of thatching, but did not affect play whatsoever. The seams in the fairway turf that I had observed in pictures online were gone.

Favorite holes were 2-6 on the front nine. Because of the elevation change, holes play shorter than on the card. These holes are more about positioning rather than distance off the tee. Well-places shots off the tee will find little speed slots that will get you into wedge range. All but the fifth hole play like short par 4s, which again reminded me of a C&C layout.

I didn’t in the least find the back nine, or new nine, to feel forced. After playing it, the team here obviously didn’t try to just roll out nine more holes to make it feel like a traditional round. In many ways, I liked the back nine better. The 10th is a tough start to the inward half, but the 11th is a well-designed hole that caused me to overthink my club selection off the tee. The correct play, in my mind, is to take the maximum club and hit it into the bowl to the extreme left side. No. 12, a par 3 of a little more than 100 yards is one of the most beautiful holes I’ve played in a mountain setting. You play slightly downhill with mountains framing the landscape beyond the green for as far as the eyes can see. The colors of the foliage this time of year was magnificent. I also believe the hole and the setting would be diminished if it was a lengthier hole. They got it right. No. 13 is a fun roller-coaster ride par 5 that offers getting home in two if you can navigate the speed slots correctly. From there, the course migrates to a flat valley for three holes, including a double green, that provides some contrast to the billy-goat golf encountered for much of the round.

The bunkering here is wild and woolly. It became a game in itself to spot the secluded, “do you think anyone has ever hit it in there” bunkers littered throughout.

The clubhouse/pro shop is in a temporary trailer but I imagine that will change. Range, chipping green and putting green were all serviceable. The value offered by OTF is outstanding. At $65 Monday, Wednesday and Thursday (course closed on Tuesday), which includes cart (walking this course is impossible!), range balls and a free hot dog or sausage dog at the turn that hangs immodestly out of both ends of the bun, it is hard to beat. It is $85 on Friday, Saturday and Sunday.

Final thought: resist the urge to pull driver or 3 wood on most holes, particularly if you are a lower handicapper. Positioning is key here and you will still have a short iron or wedge in hand. If you get wayward off the tee there is not much room. Native grass will gobble up balls and penalty strokes can get exhausting here.

Fantastic - reminds of Tobacco Road and other greats

Too few golf courses dare to push the envelope in ways that advance architecture as an art form. One of the exceptions, Tobacco Road by Mike Strantz in the pine barrens north of Pinehurst, N.C., is an exception, but few latter-day courses have dared tiptoe very close to the lines it threatens to cross.

Old Toccoa Farm, however, invokes the best of Tobbaco Road and select other daring modern designs, almost by necessity. The land that it was built on is almost too severe for golf, and architects Dave Axland and Dan Proctor brought their own flair for rugged, classic-looking golf to a site that had to be the biggest challenge of a career that has seen them involved with several great Coore & Crenshaw courses as well as a few of their own. Tumultuous fairways flow through corridors with rock outcroppings and near-sheer cliffs before mellowing out on flat land by the . Toccoa River, rushing back uphill, down to the river again and uphill heading home. It keeps the golfer guessing at what is going to happen next.

Axland & Proctor's greens shaping provides plenty of gathering slopes, which golfers can use to giddy effect. The course is semi-private - for now, at least, while the real estate development around it gets going - and rates max out at $80. For the amount of fun the open-minded golfer can have playing the course, it's a spectacular value.

This is a terrific course. I played opening day of the new nine holes. The staff is 0ver the top. The condition of the course was terrific, as usual. I have played many challenging courses over the years, and this one ranks right up at the top. I have never -laced here without the course being perfectly manicured. The pro shop staff and the grounds crew do a tremendous job

This was a great course for being only a nine hole course. The course turned out to be way more than I expected. The layout was great with some easy holes, difficult holes and great views of the mountains surrounding the course. Hate that we missed the opening of the 2nd 9 by a month but will definitely take another trip to check out the rest of the course. Maintenance was perfect throughout the course and the staff was extremely helpful.

Relatively new course, just a few minutes from Blue Ridge, GA and 25 minutes from Harrah's Casino outside Murphy, NC. Fairways and greens are always well maintained. Residential development is just beginning and only 10-12 homes so far, but growing. Only 9 holes so far, with additional 9 coming. Course has some really challenging holes, especially 5 and 7. Hole 8 is from a well elevated tee box, which adds a fun 50-100 yards to your drive. This course should only continue to get better with the additional 9 holes. Worth the trip if you are in the area. 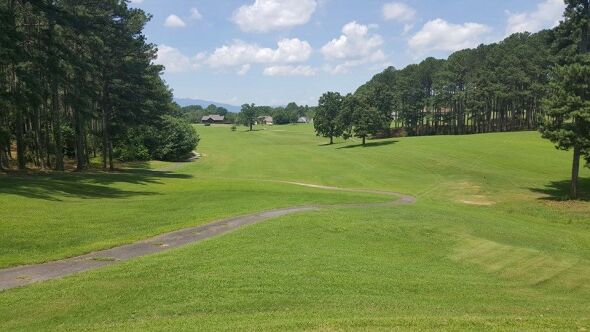 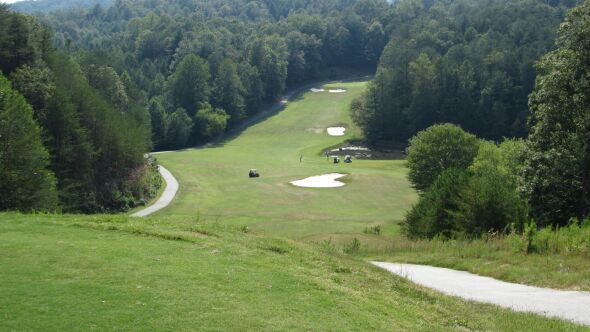 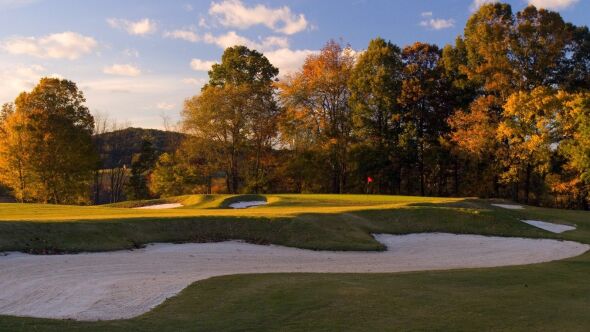 Birmingham Golf Around Package
FROM $117 (USD)
BIRMINGHAM, AL | Enjoy 2 nights’ accommodations at your choice of select Marriott properties in the Birmingham area and 2 rounds of golf at Highland Park Golf Course.
Featured Content 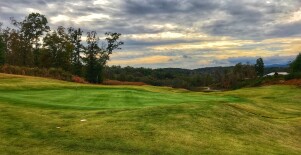 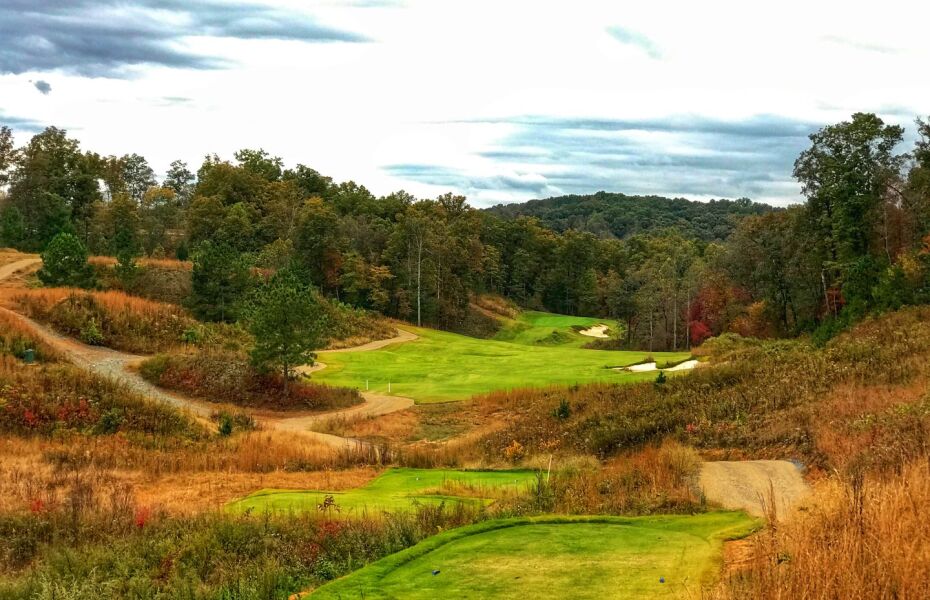 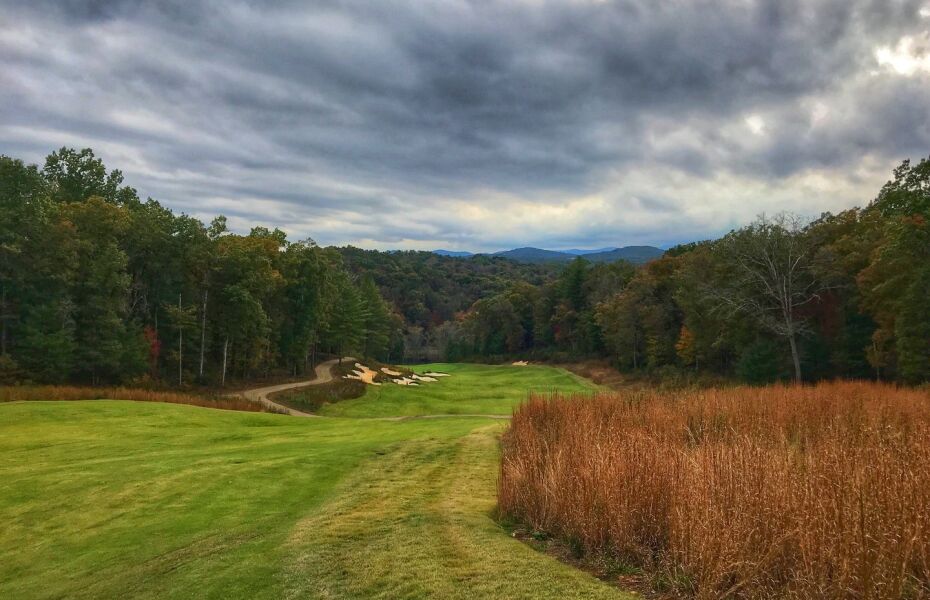 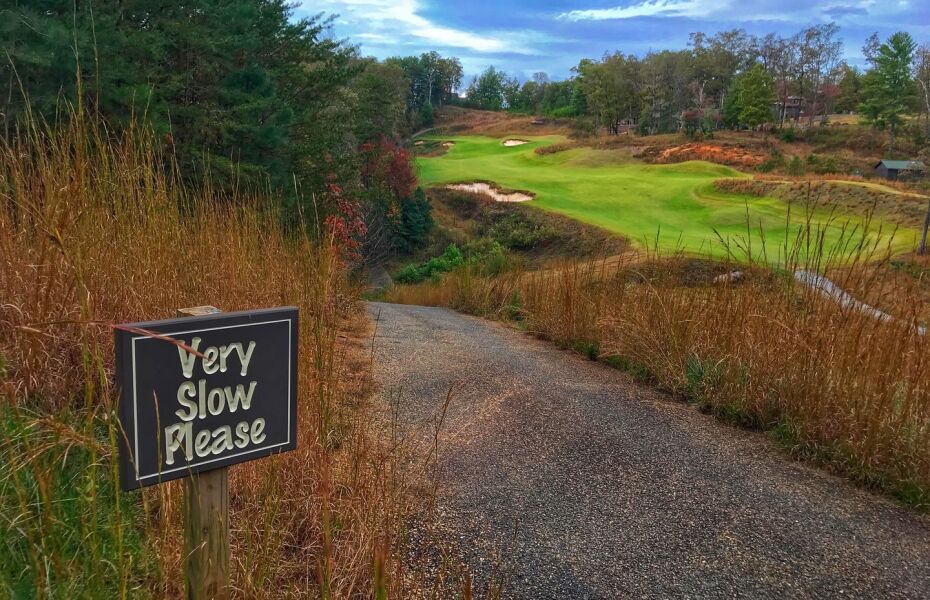 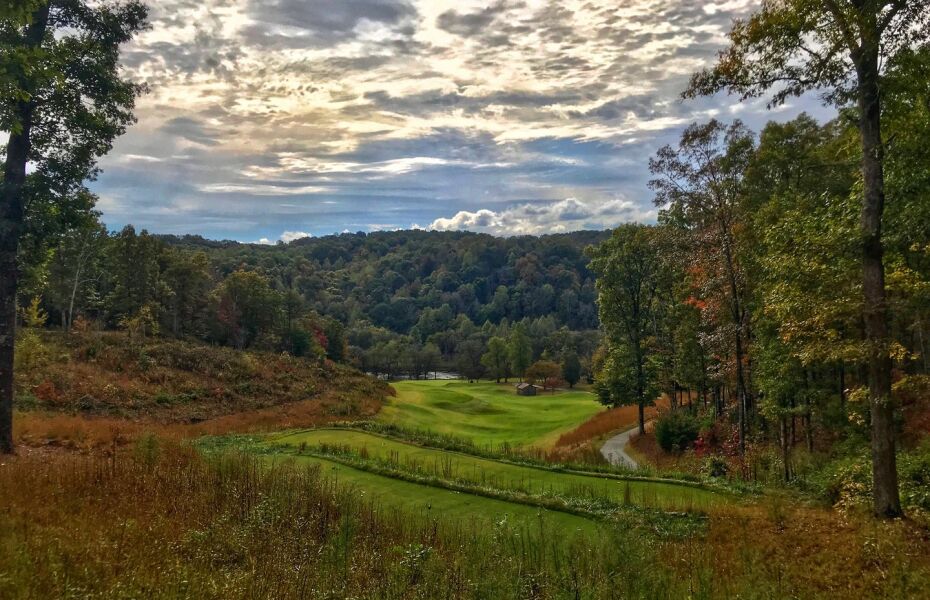 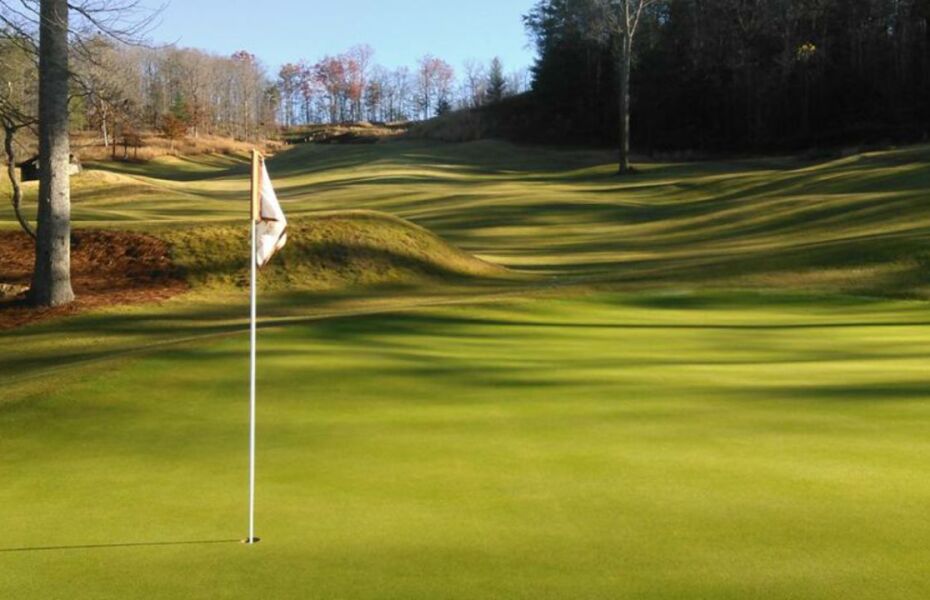