The Links at Poland Spring Resort

Maine. Has so many of these old claim courses you could spend years trying to find and play them all. Course has tremendous variety in the gold holes, terrain etc. I enjoyed the unique greens and as mentioned the views are perfect.

It would be great if the yardage and hole data would stay on. Quite disconcerting to access the page every 2minutes

This was are first time playing this course and it was a great adventure. we will be going back

A good test of your game, despite being short and relatively easy

The first thing you notice (literally the first thing I noticed) about Poland Spring is the history. Built in the late 1800’s and one of America’s oldest courses; this track has hosted many of the legends of the game (and other games, there is a hole dedicated to Babe Ruth’s visits to the course) as well as celebrities and even Charles Lindbergh touched down in his plane here. There is enough history here that every hole has a sign by the tee box sharing a story of Poland Springs past.

And then you get to play some golf. This is an old, mature course; carved before people were finding ways to traverse canyons for effect. The golf is pretty straightforward, literally and figuratively. It was also one of the easiest (on paper) courses I played on the trip given that it was both relatively short and contained little in the way of defense along the fairways. The few holes around the clubhouse (and some of the other buildings on the property) were particularly benign due to being wide open as well. I played from the back and shot an 85 with a blowup-hole-snowman on the card.

Having said that, Poland Springs is at its best as you move away from the clubhouse and down toward the body of water at the bottom of the hill. These holes are carved from forest and offer both dramatic views as you line up your shots down the fairway, and enough challenge as they are narrow enough to keep you honest and forested enough to punish you for being too aggressive.

One of the thing I really liked about this course is that it seems like just about every hole has some elevation change to it; you are either moving downhill toward to lake, or uphill away from it. As such you can have two holes, side by side that are the exact same distance but play completely differently. The grade changes depending on where you are on the hill as well, so club selection is important and just looking at the distance is not going to be enough to play well. Poland demands that you know what you clubs can do, in a variety of circumstances.

A good example of this is the three par 3’s on the course. At 148, 191, 228 yards, respectively; you are required to hit a different shot on each one. Poland also sports at least one reachable par 4 and par 5’s that can be landed in two… none of which comes without risk, of course. All in all it’s a really fun course to play from a golf standpoint. While it may not be the most difficult course you’ll ever play, this is absolutely not a grip-it-and-rip-it course… you must manage your round. However, there is probably a nice low score waiting for you if you do.

We went out first so the pace of play for use was great. The groups behind us were also coming in rapidly, so I felt good about the pace of play in the morning. There was a rather long line at the first tee as we were leaving and I’m not certain if this was an event or it was really that backed up; but it did make me wonder if an afternoon round might not be the best choice.

I would be remiss if I didn’t mention the outstanding service we received from everyone at Poland Springs. We were treated incredibly well, and felt more like family than guests at times. This was true everywhere; lodging, the course, the museum/Maine House, grounds people… everyone was terrific.

We stayed on property and our time there was great, waking up to sunrise over fairways and forests is never a bad way to start your day. If you go, carve out some time to see the “Maine House” from the world’s fair expo and take a look at the spring water facility, it’s all pretty interesting as well.

I don’t know if I’ll even me in Maine again, but if I was I’d certainly hope to play another round here.

Tons of fun to play!

What a fun layout! This short but very gamey Old Donald Ross layout did not disappoint. Short par 4s- long par 3s and reachable par 5s. Bring your buddies' and stay at the resort- but don't expect updated lodging- the only draw back along with the range being across the street. We found the course to be in excellent condition.

Not a hard drive from Boston- it's about 30 mins or so north of Portland with plenty of other courses in the area. Bring your bathing suit there is a pool at the club house (just act like you're staying there! A perfect way to cool off after a round!). Also make sure your pick up the free course guide before you play here there are lots of tilting in the greens and fairways.

3-day outing with my golf league. Always a fun course to play with beautiful views and challenging holes. Extremely well landscaped and maintained. Go with a group - you will be very pleased !!!!

An Old Classic Back From the Dead

For years there were tales of how Poland Spring, an old Donald Ross design, had fallen on tough times due to years of inadequate care. That's all old news now, as the course has returned to its prime condition. This is a relatively short course and most strokes can be lost or saved around and on the greens. Putting is a learned craft here and when the greens are speedy you cannot be above the hole. Earlier this summer the greens were still recovering from the harsh winter kill. The rest of the course was very good however. The view of the lake on the 4th hole is incredible, but you need to focus on hitting a good tee shot on this narrow, downhill par 4. The 8th is a classic Ross long par 3, to green that you cannot see the surface of. The 11th is a short, uphill par 5, where being above the hole is a nightmare. The 13th is an even longer, 230 from the tips, par 3 that yields few pars. There are not many threatening hazards or obstacles at PS, but you will be tested to play to the correct spots and to avoid the incorrect ones. The course is at the old time resort that seems to attract fewer golfers than several years ago. The nearby lakes and mountains attract guests, as does the new casino in Oxford. PS is about 20 minutes off the Maine Turnpike at the Gray exit. It offers several discount options as well as the Maine Trifecta that also includes golf at nearby Spring Meadows and Fox Ridge. If you want to see a golf course that was played by celebrities and socialites 100 years ago, then check out Poland Spring and see if you can feel its history. 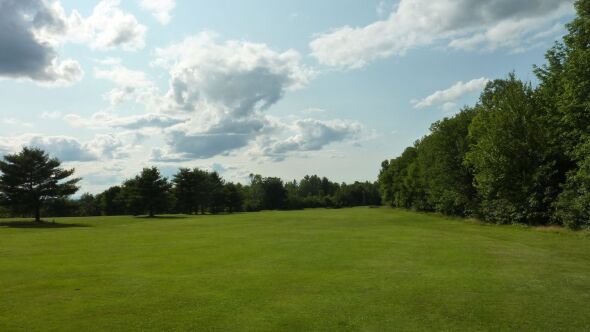 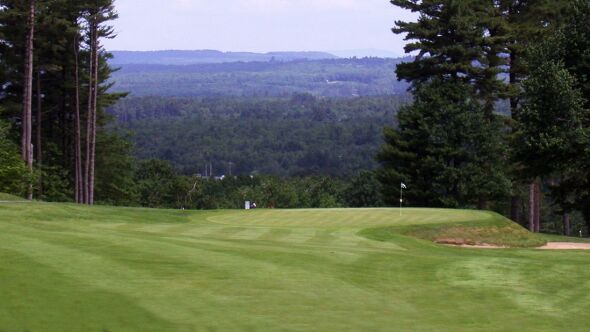 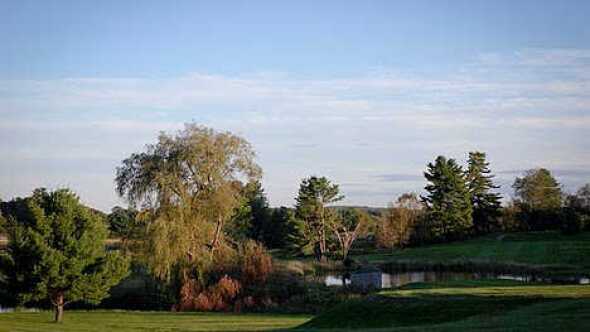 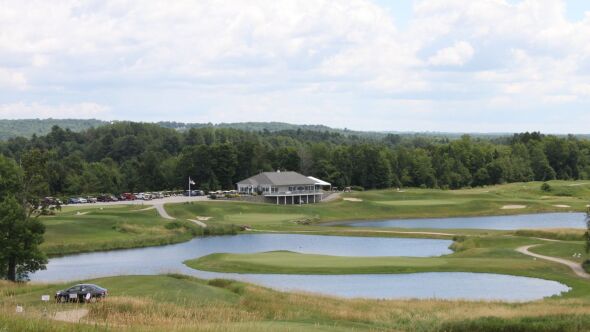 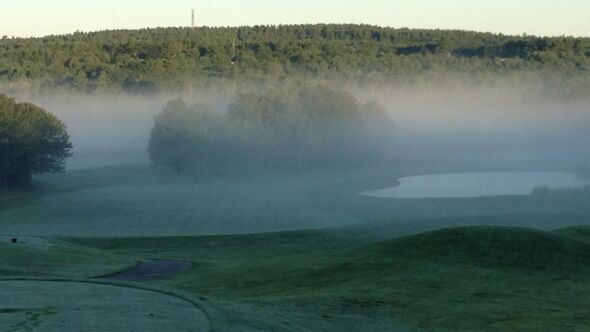 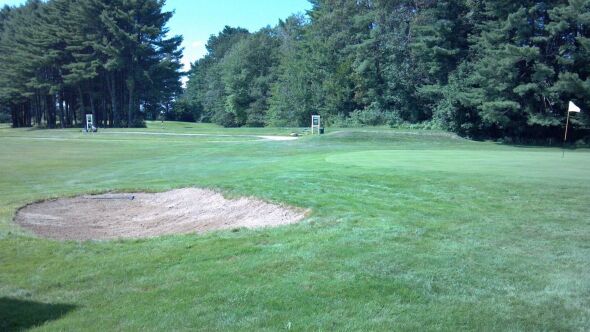 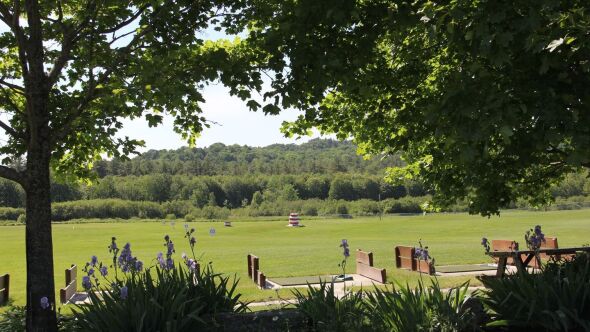 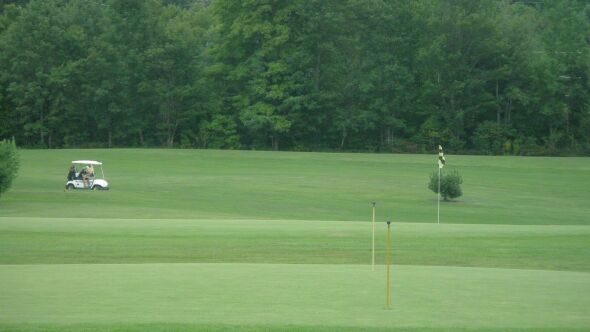 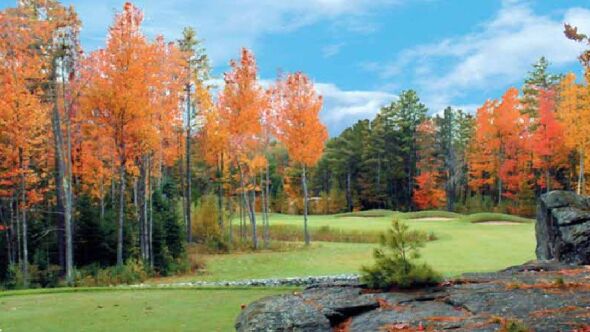 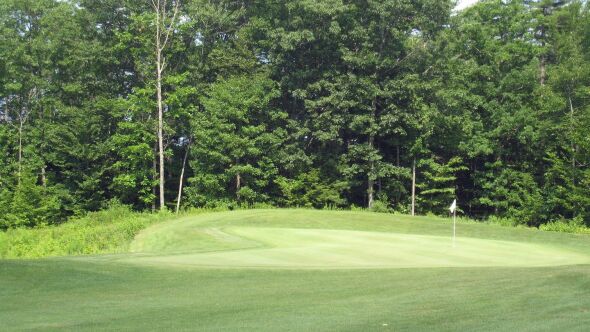 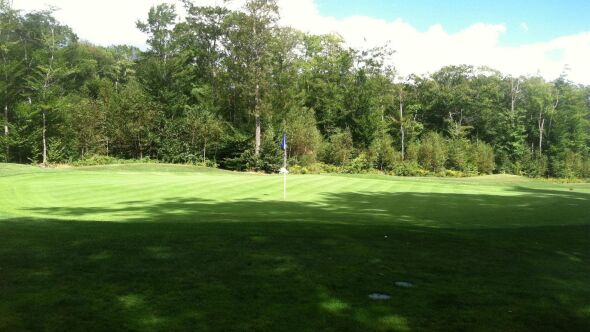 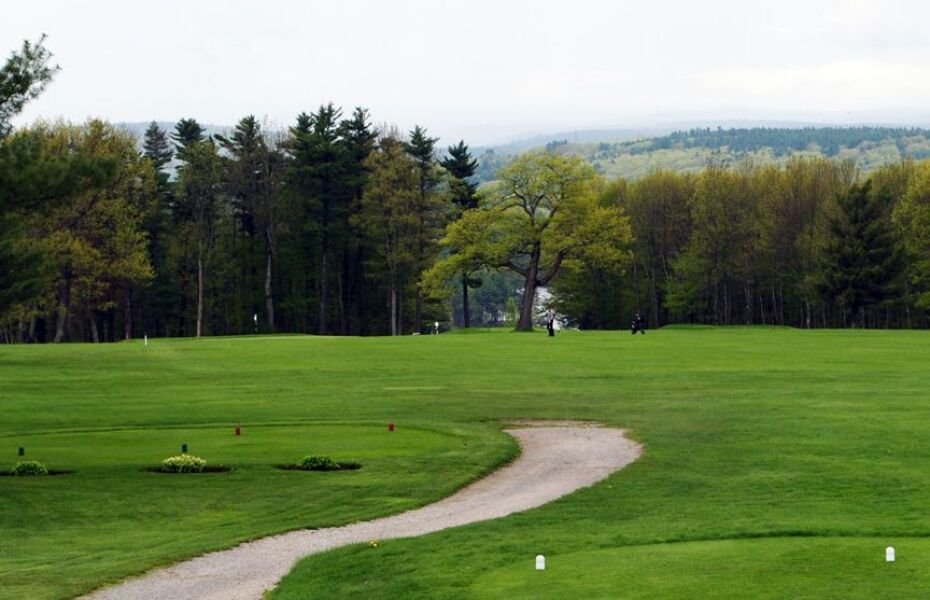 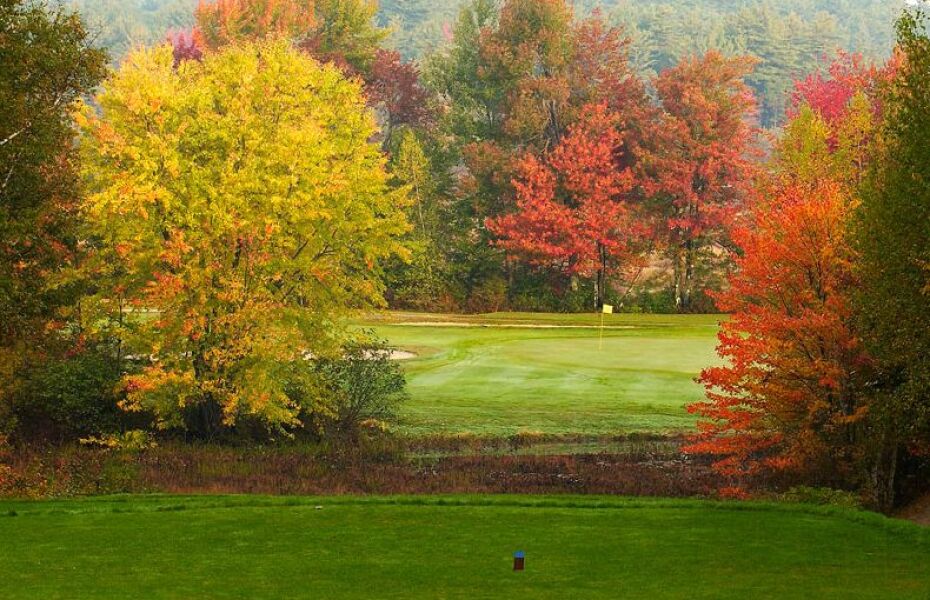 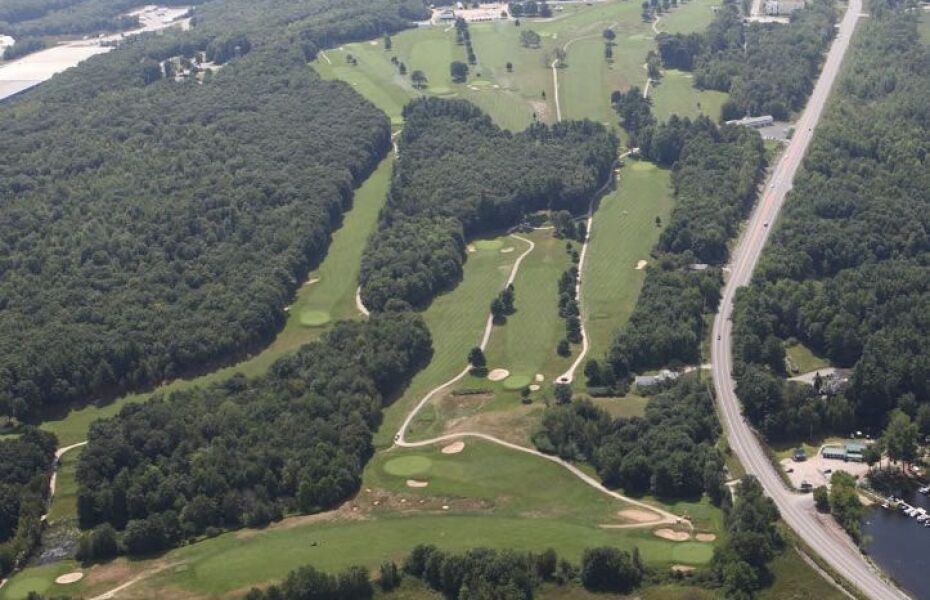