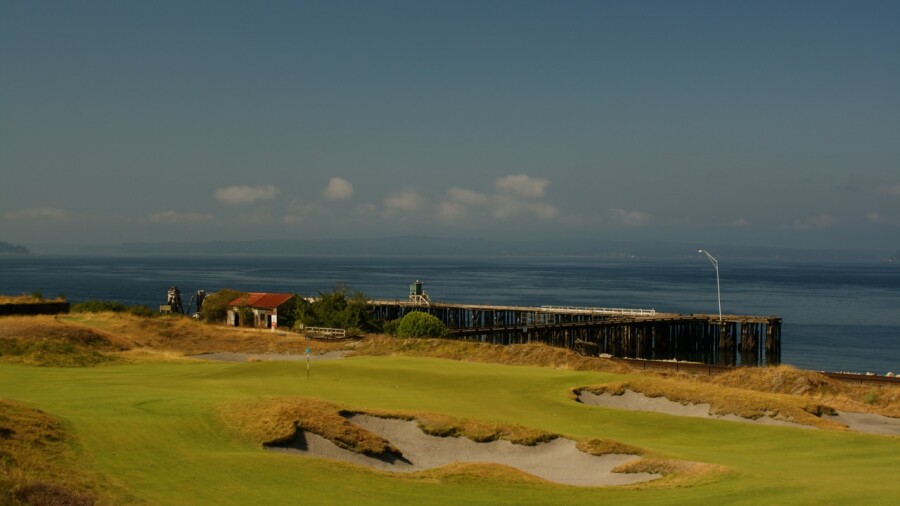 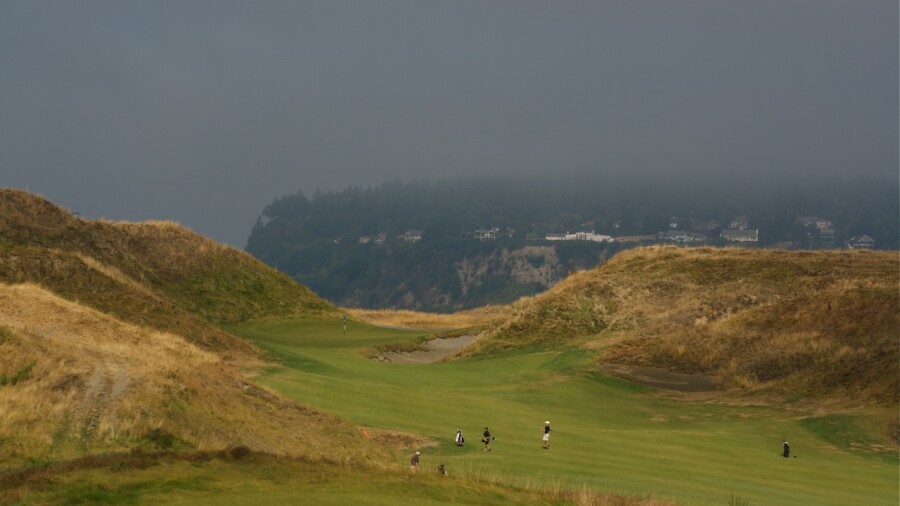 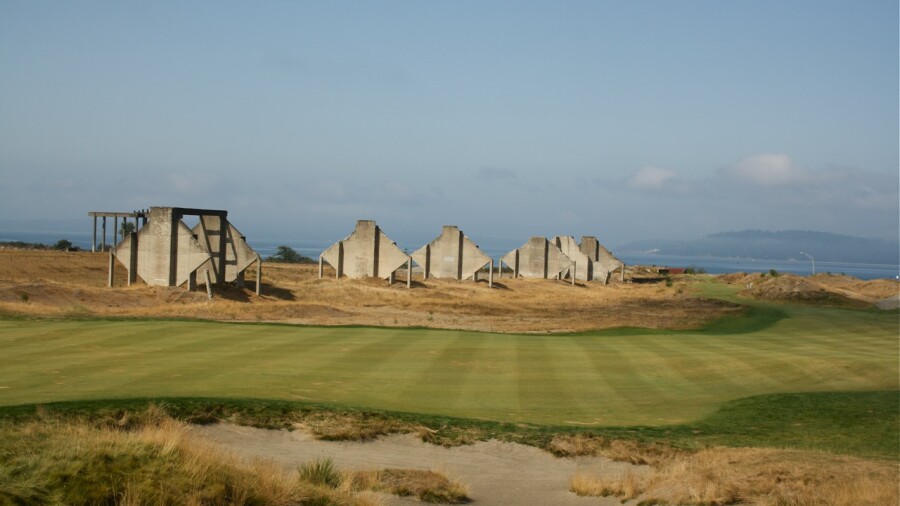 2 of 11
Chambers Bay golf course - hole 18
The 18th hole runs along old quarry ruins to the right side of the fairway at Chambers Bay. Brandon Tucker/Golf Advisor 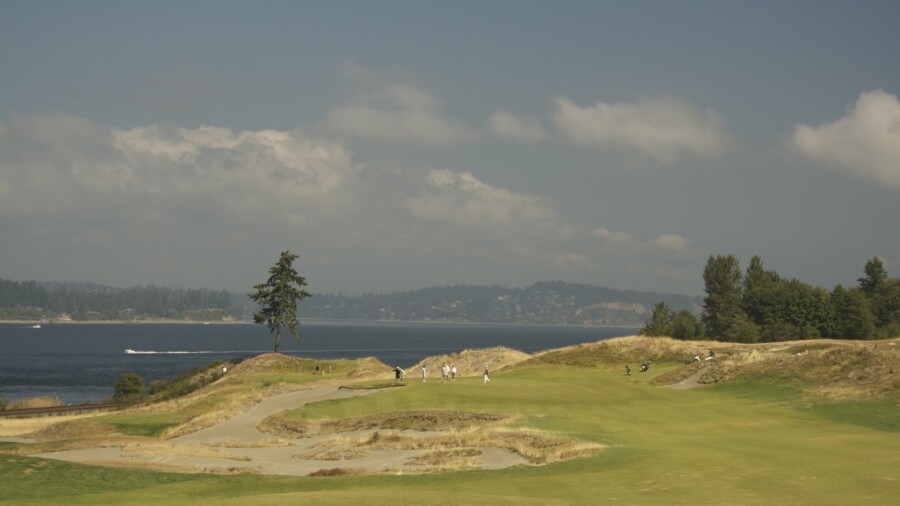 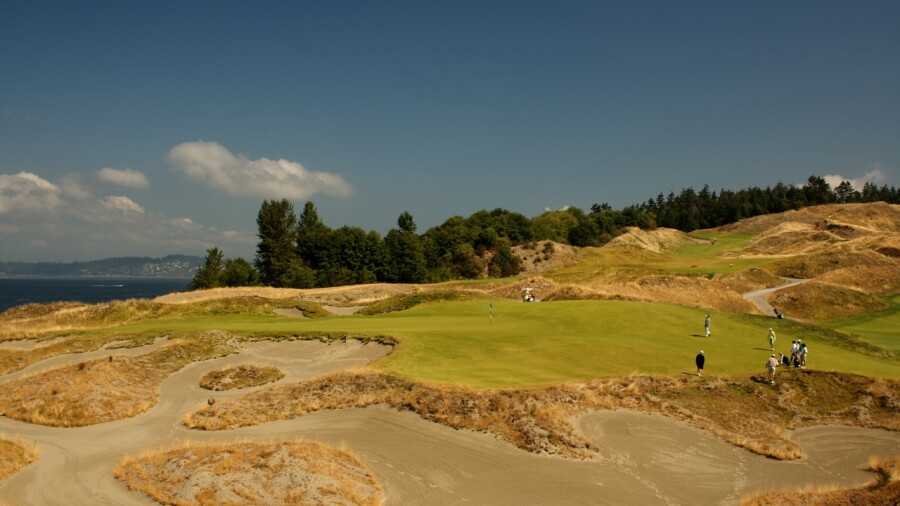 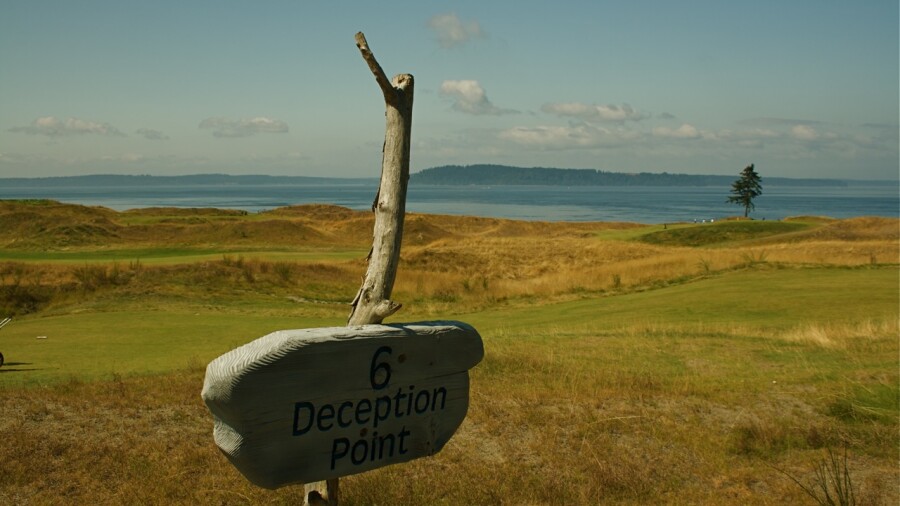 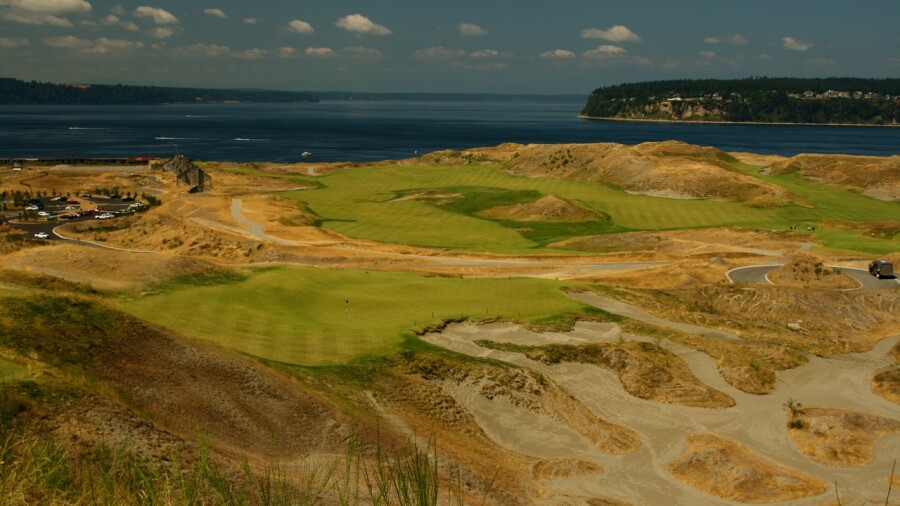 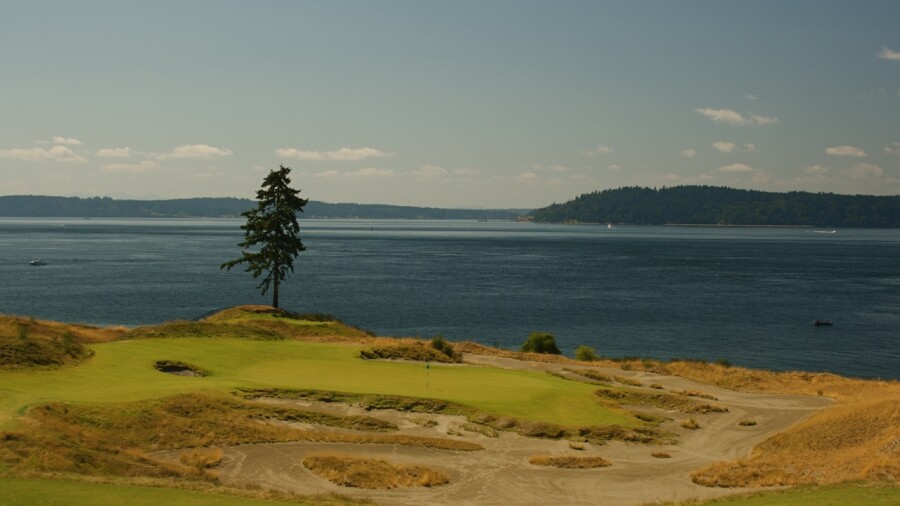 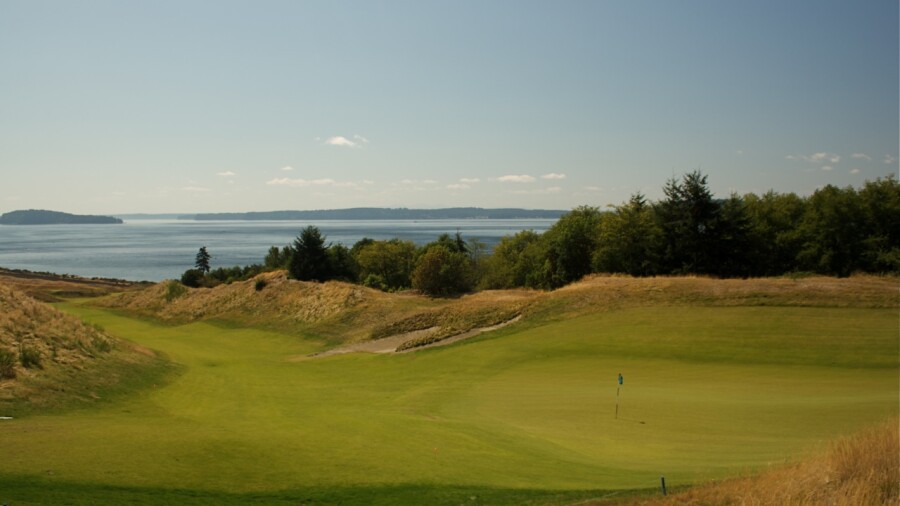 8 of 11
Chambers Bay golf course - hole 12
The drivable 12th hole plays uphill and just over 300 yards from the back tees at Chambers Bay. A heavily sloped green is its defense. Brandon Tucker/Golf Advisor 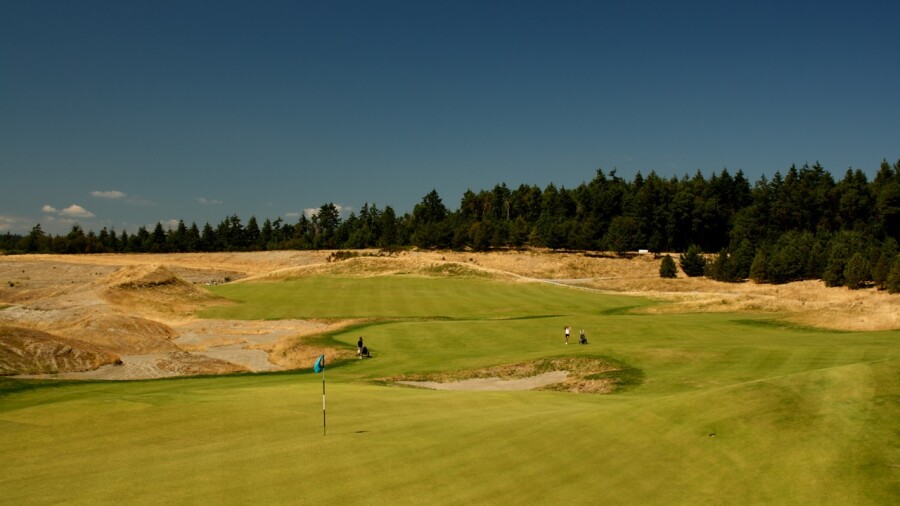 9 of 11
Chambers Bay golf course - hole 13
Many golfers who have played Chambers Bay may want another crack at it following recent improvements. Brandon Tucker/Golf Advisor 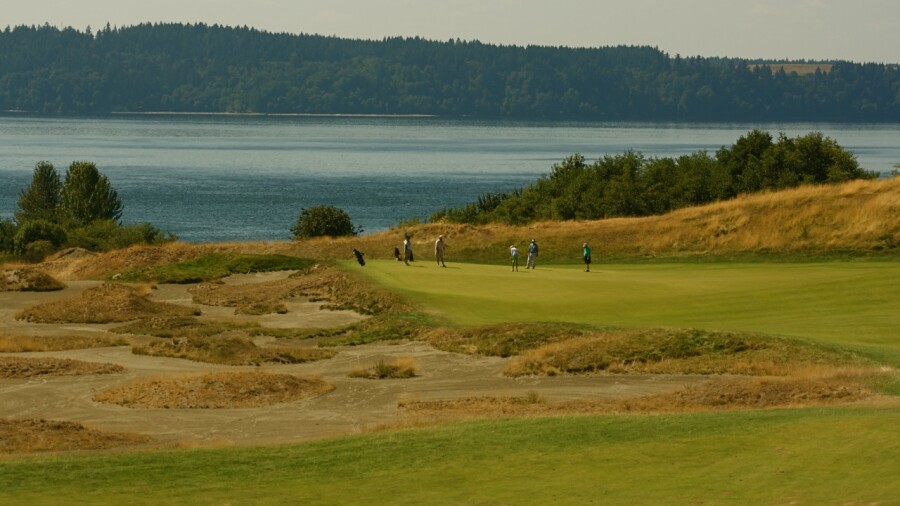 The Chambers Bay golf course in Tacoma, Wash., represents one of the most ambitious golf projects in years. Opened in 2007, it has also become one of the most hyped, thanks to the nearly immediate announcement that it will host the 2010 U.S. Amateur Championship and 2015 U.S. Open.

The golf course sits on an abandoned gravel mine on the shores of the Puget Sound minutes from downtown Tacoma in University Place. The gravel and sand were sculpted into a links-style layout by architect Robert Trent Jones Jr., complete with fescue grass tee to green. For the U.S. Open, Chambers Bay will play over 7,500 yards, but there are numerous sets of tees for daily play. In fact, one of the appealing things about Chambers Bay to the USGA was its flexibility with tee locations.

For non-pros, Chambers Bay features some wide, generous fairways and huge, undulating greens. Green speeds will never be too fast here due to the fescue turf and severe undulations. The course will certainly rely on its greens to defend against the professionals. The course is walking-only and encourages the use of caddies.

Chambers Bay is owned by Pierce County, and county residents receive a discounted rate. A three-mile walking path weaves through the golf course.