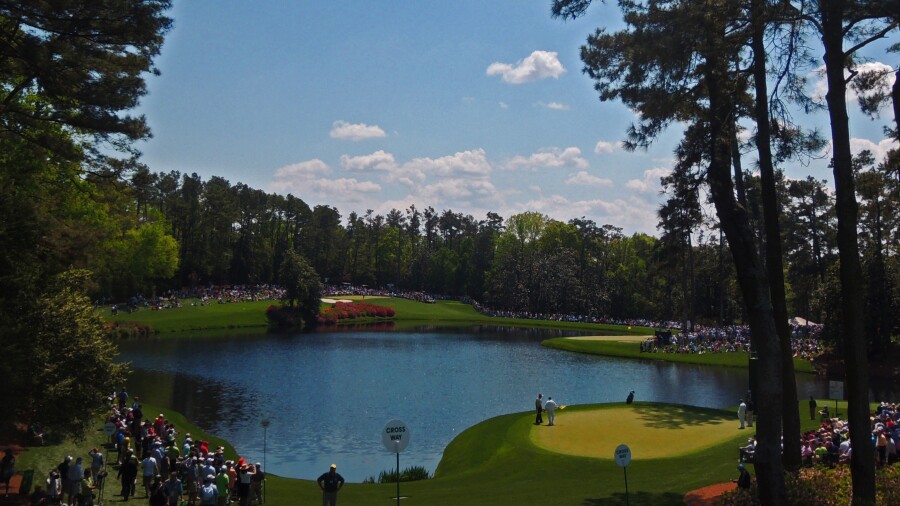 0 of 10
Augusta National Par 3 course
Designed around DeSoto Springs and Ike's ponds, Augusta National's Par 3 Course is the place to be the day before the Masters. Mike Bailey/GolfAdvisor 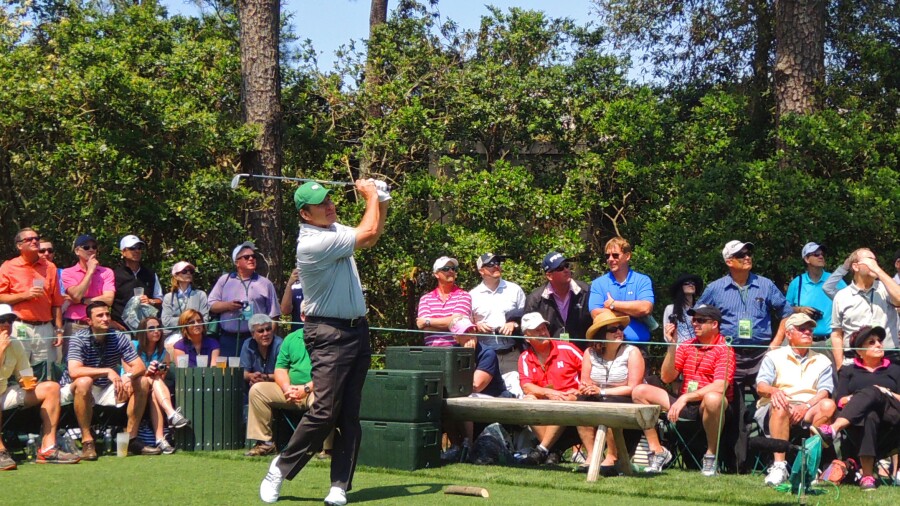 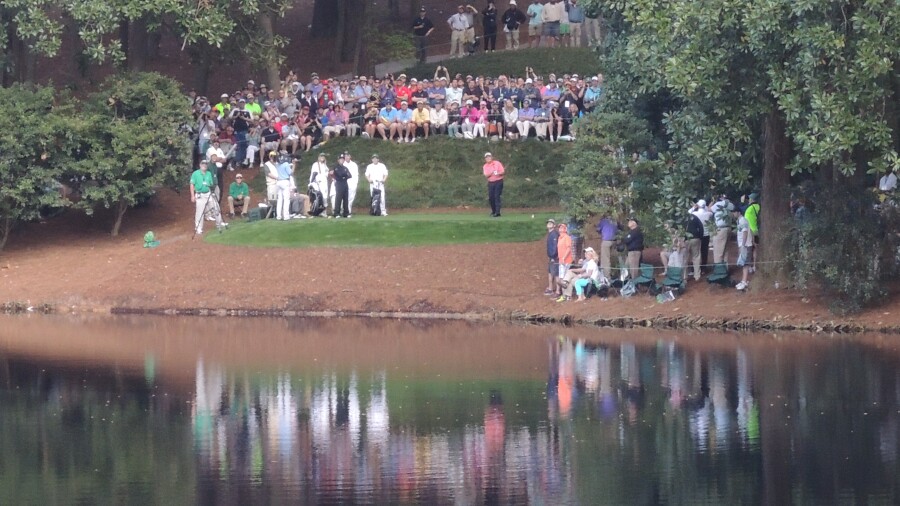 2 of 10
Augusta National Par 3 course - Nicklaus
From across Ike's Pond, Jack Nicklaus tees off on the ninth hole of the Par 3 Course at Augusta National. Mike Bailey/GolfAdvisor 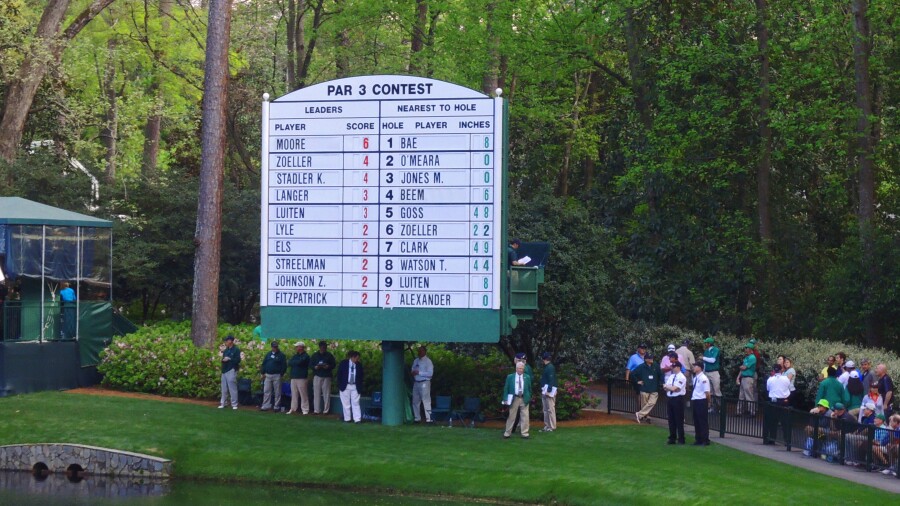 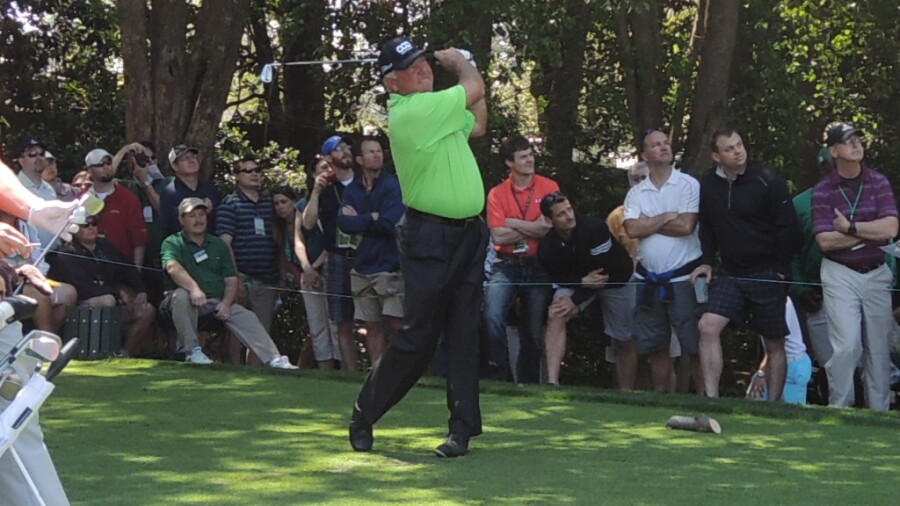 4 of 10
Augusta National Par 3 course - O'Meara
Mark O'Meara recorded one of the aces at the 2014 Par 3 contest at Augusta National. Mike Bailey/GolfAdvisor 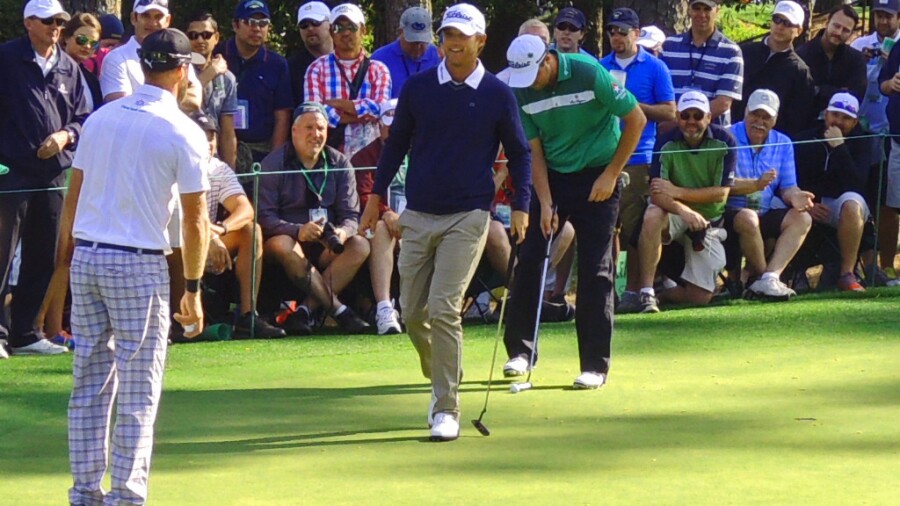 5 of 10
Augusta National Par 3 course - Matt Jones
Matt Jones got into the 2014 Masters and Par 3 contest at Augusta National by virtue of his PGA Tour win the week before in Houston. Mike Bailey/GolfAdvisor 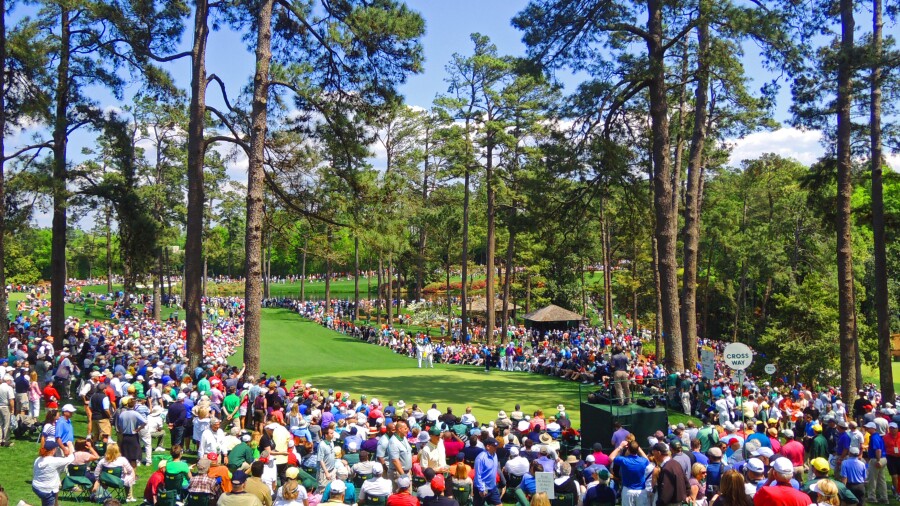 6 of 10
Augusta National Par 3 course - No. 7
The galleries on the Par 3 Course are almost as impressive as they are later in the week on the big course at Augusta National Golf Club. Mike Bailey/GolfAdvisor 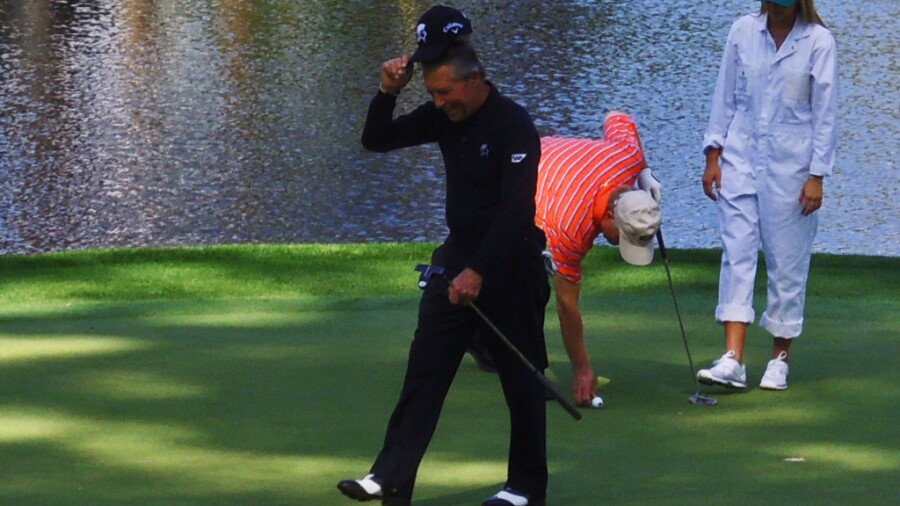 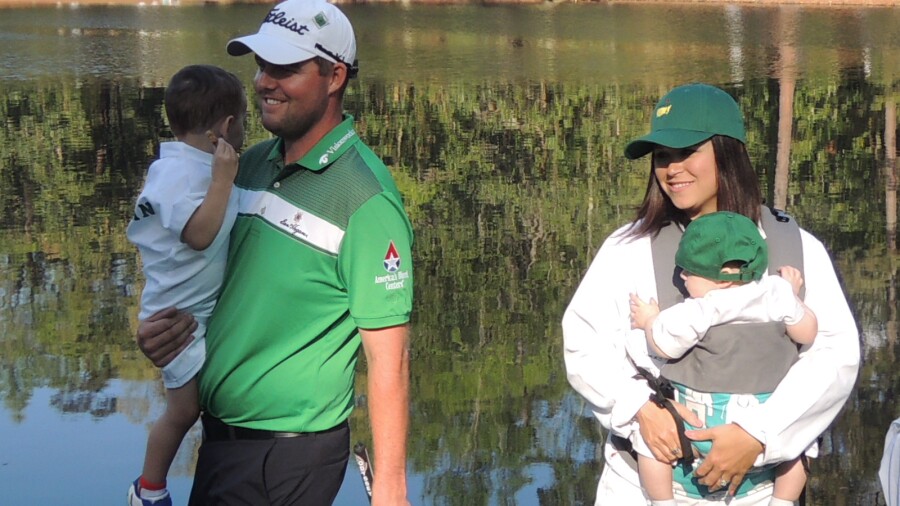 8 of 10
Augusta National Par 3 course - Leishman
Australian Marc Leishman, like many, made the Par 3 Contest at Augusta National a family affair. Mike Bailey/GolfAdvisor 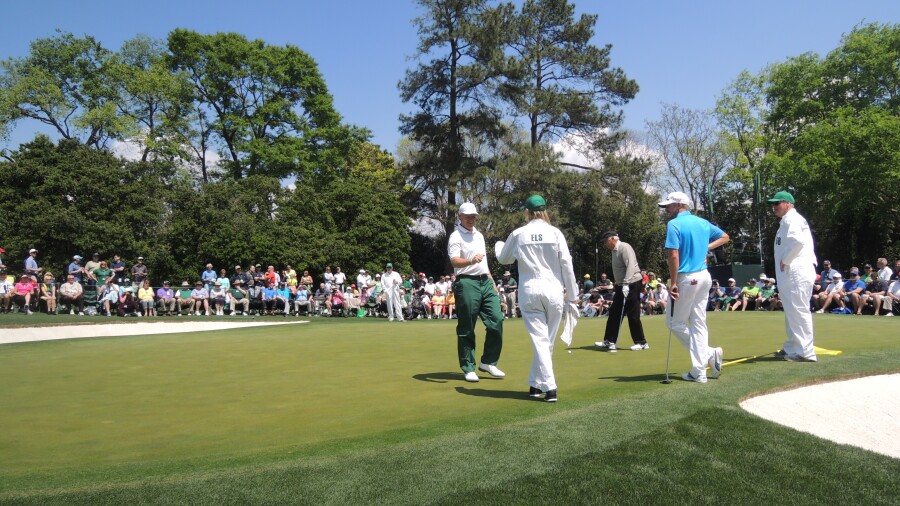 Augusta National's other golf tournament: The Par 3 contest before the 2014 Masters

AUGUSTA, Ga. -- The Par 3 contest at Augusta National the day before the Masters has become a major attraction in recent years. The brainchild of former tournament chairman Clifford Roberts, the course opened in 1958 (two Tom Fazio holes were added later) and hosts a tournament that's open to older and younger players alike, including some special guests of Augusta National.

For the patrons it's especially enjoyable because they are allowed to take pictures, get autographs and see the players at their most relaxed. Many of them bring their kids and have their wives or other family members or friends caddie for them. 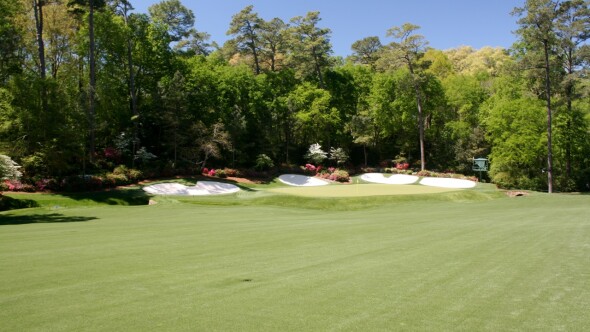 Articles
1 Min Read
Masterful: Golf Channel talent talks Augusta
It's the holy grail of golf, and several Golf Channel team members have had the opportunity to play Augusta National over the years. See what they had to say about their respective rounds. 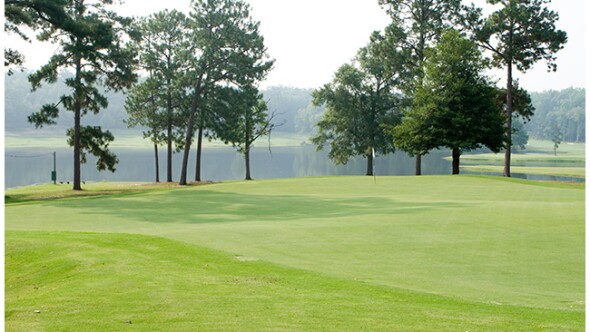 Articles
3 Min Read
Where can you play golf in Augusta?
Unless you previously held a cabinet position in Washington or are the CEO of a large corporation, you're unlikely to ever get the opportunity to play golf at Augusta National. Good news, though. Although you may never get to test the tricky winds at Amen Corner, you do have plenty of golf options when you visit Augusta, Ga. It won't be the place with the pimento cheese sandwiches in the green wrappers, but it's not bad. Veteran Georgia sports writer Stan Awtrey suggests six must-play golf courses in the Augusta area.

By Stan Awtrey
Nearby 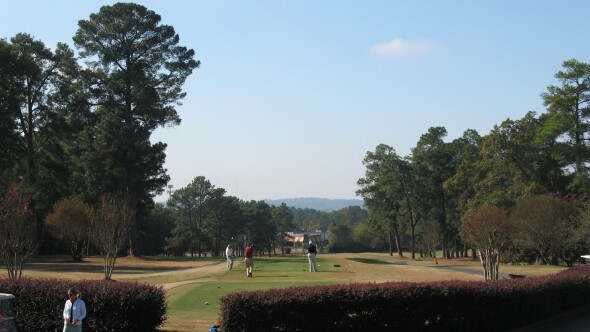 Articles
3 Min Read
Tradition the star at Bobby Jones-designed Forest Hills Golf Club in Augusta, Ga.
Forest Hills Golf Club in Augusta, Ga. has managed to retain its place in the game's history and still remain relevant today. The Donald Ross design, which was established in 1926, is steeped with tradition. Play this course whenever you get a chance. It's one of those places that you could never grow tired of playing. You'll find something different on every visit, Stan Awtrey writes. 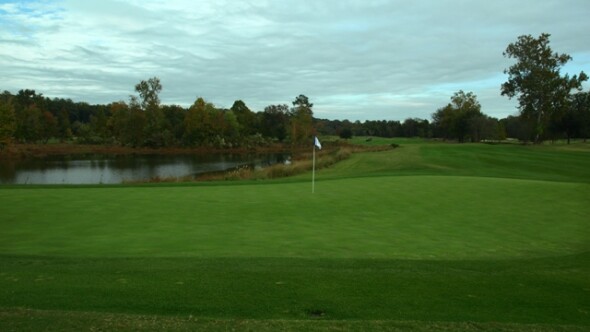 Articles
3 Min Read
The River Golf Club in North Augusta, S.C. is more than a Masters diversion
The River Golf Club is located just a few miles from Augusta National, and it's a favorite spot for patrons who attend the Masters and want to bring along their golf clubs. But you better book way in advance during Masters week. Tee times are a little easier to get during the other 51 weeks, and it's a terrific playing option for golfers any time of year, Mike Bailey writes. 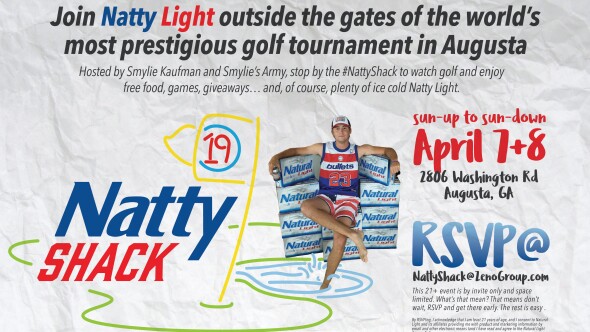 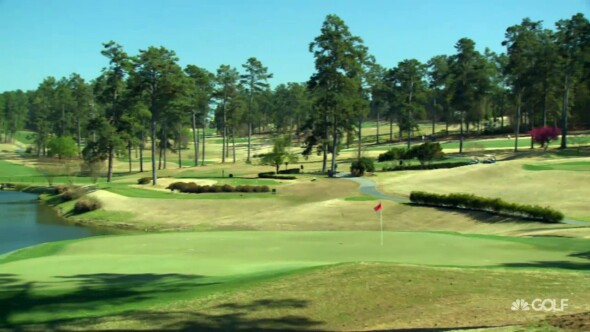 Articles
5 Min Read
Where to play golf near Augusta National during the Masters
If you're in town for the Masters and want to play a round or two, you can choose from private clubs that open their gates, or more affordable public courses. 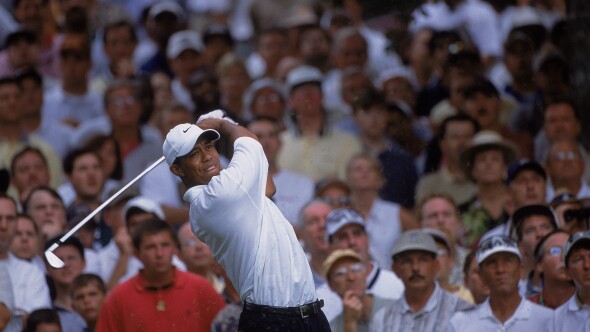 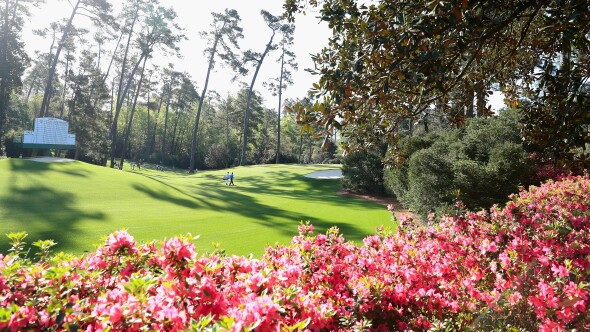 By Bradley S. Klein
Read More
Load More
Now Reading
Augusta National's other golf tournament: The Par 3 contest before the 2014 Masters
New Cookie Policy
WE AND OUR PARTNERS USE COOKIES ON THIS SITE TO IMPROVE OUR SERVICE, PERFORM ANALYTICS, PERSONALIZE ADVERTISING, MEASURE ADVERTISING PERFORMANCE, AND REMEMBER WEBSITE PREFERENCES. BY USING THE SITE, YOU CONSENT TO THESE COOKIES. FOR MORE INFORMATION ON COOKIES INCLUDING HOW TO MANAGE YOUR CONSENT VISIT OUR COOKIE POLICY.
CONTINUE
Search Near Me