20 Courses and Resorts for Golfers Who Love to Walk 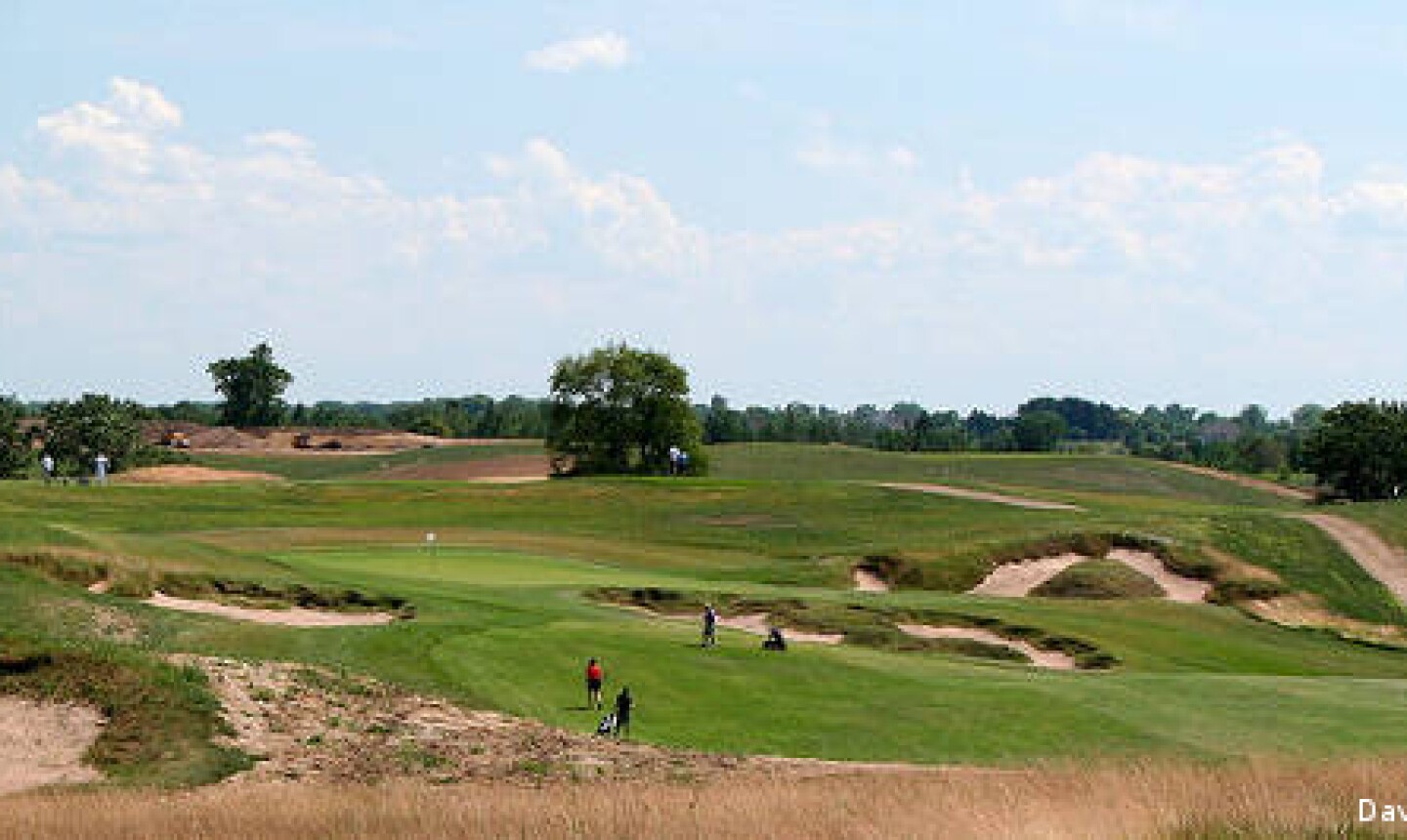 There were plenty of passionate reactions to the "Ultimate Cart Chart" I published a few days ago.

Some of you appreciated me clarifying which top courses in the UK and Ireland offer "buggies" or at least have one available if you have a physical need.

But a number of you wanted to know the reverse/opposite; summarized by this comment from J. Dilks:

"How about a similar list of the top destinations in the U.S. and Canada that will allow, or even better, encourage walking?"

A very good question, JD, and we can even up the ante with courses that are "walking only."

I think we all know a few, but I'm not sure I've ever seen a comprehensive list.

So here it is (or at least the beginnings of one): top public golf courses and resorts in North America where walking is mandatory (except with a medical note) or highly encouraged:

Erin Hills Golf Course (Wisconsin)
While ownership has changed since landing the 2017 U.S. Open, the cart policy has remained exactly the same: motorized carts are not allowed -- and get this -- pull/push carts aren't, either. Your only option is to carry your bag or hire a caddie to do it for you.

Bandon Dunes Resort (Oregon)
Bandon Dunes promises, "Golf as it Was Meant to Be," and its walking-only policy is a big part of the experience. You can use a pull-cart or carry your bag, but I'd recommend using one of the highly capable caddies.

Bethpage Black Golf Course (New York)
Unlike the other courses at Bethpage State Park, the Black Course is walking only, but I wouldn't advise carrying your own bag through this torture test. Instead, hire a caddie or rent a pull-cart for $5.

Chambers Bay Golf Course (Washington)
Chambers Bay may not yet rival Bethpage Black, but the two have a lot in common: it's a muni, it's a U.S Open site (2015), and it's walking only. One area that Chambers Bay beats Bethpage? Its pull carts are included in the price.

Whistling Straits, Straits Course (Wisconsin)
This major championship site promotes walking in a major way: prior to twilight, you're required to walk with a caddie. After twilight, you can carry your own bag or rent a pull cart for $13.

Cabot Links (Nova Scotia, Canada)
Bandon Dunes owner Mike Keiser is involved in this top-shelf project, too (which has a second course in the works), so it's no surprise Cabot Links is also a pure, "walking only" facility. Caddies and pull carts are available.

There's a difference between courses that "allow walking" and those that actively encourage it. The below courses fall into the latter category:

We-Ko-Pa Golf Club, Saguaro Course (Arizona)
This Coore/Crenshaw course was "built for walking" and makes Sun Mountain Speed Carts available for those who want to do so.

Madden's on Gull Lake (Minnesota)
I didn't see anyone walking on my last visit, but this year it established the "2013 Walking Initiative" for all of its 63 holes.

The Prairie Club (Nebraska)
Similar to Dormie Club: now allows carts but established as walking only.

Willingers Golf Club (Minnesota)
One of the top values in the U.S.A is also walker-friendly.

Pinehurst Resort, Courses 1-8 (North Carolina)
"Our belief is the caddie has the greatest impact on the golf experience."

What do you think of my list? Do you know of other publicly accessible courses that are "walking only" or those that actively encourage it?

Craig Better
Craig Better is one of the founding editors of Golf Vacation Insider. In addition to traveling to 15 foreign countries, he has twice traveled across America to play golf courses in all 50 United States. Prior to joining Golf Vacation Insider, Craig was a freelance writer who contributed to GOLF Magazine, Travel + Leisure Golf, Maxim Magazine, USAToday.com, and co-authored Zagat Survey’s book, America’s Top Golf Courses.
31 Comments

I am looking for a walking golf course in Southwest Florida round Naples/Ft.Myers? Can you help?

Check out Fort Myers Country Club, it's a restored Ross course that is now a muni. Very flat and walkable.

Sand Valley in central WI should be in your list. Best part is you can choose to carry your own bag, use a pull cart or a regular or fore caddie. No cart paths!! No houses!

The OLD WHITE TPC at the Greenbrier. Easy track to walk and since caddie mandatory, do it right and call ahead requesting a walking caddie

The Dormie has a new caddie master...... You have to reserve your caddy at least a day in advance . They also offer single bag caddies. Pine needles is a great course to walk. The caddie fees are very affordable. Pinehurst 2 is a must walk with a caddie!

Great courses you have chosen. I would add Memorial Park in Houston plus others like Palm Beach Golf (18 holes of beautiful ocean view 3 pars) mentioned in my building 100 Great Golf walks. www [dot] golfwalks [dot] com

Also I would separate out the five Bandon courses. My favorite is Bandon Trails (a fantastic walk in the woods, like your own private fairway) followed by Old MacDonald (replicates famous holes by super-sizing the fairways, bunkers and greens).

I walk and carry my bag, unless it is 100 degrees or distances from greens to tees are real long...But my suggestion is that when people make tee times they specify if they are riding or walking so that the starter can pair walkers with each other and same for riders. That way they could space them better and improve the pace of play.

The Dormie Club--not sure. I played it yesterday and brought my pull cart. Was told they did not allow pull cartsw, but I could carry if I wanted. So choices are carry on your back, take a caddy or cart.

Dormie actually makes it rather hard to walk. They won't allow you to carry your own bag on most days and at most times. You need to either take a cart (no up charge) or pay for a caddie. It is a wonderful course to walk, but they appear to have deviated from their roots as opposed to embracing them. Great course though - highly recommended.