After restoration, Pasatiempo Golf Club in Santa Cruz, California is back where MacKenzie intended 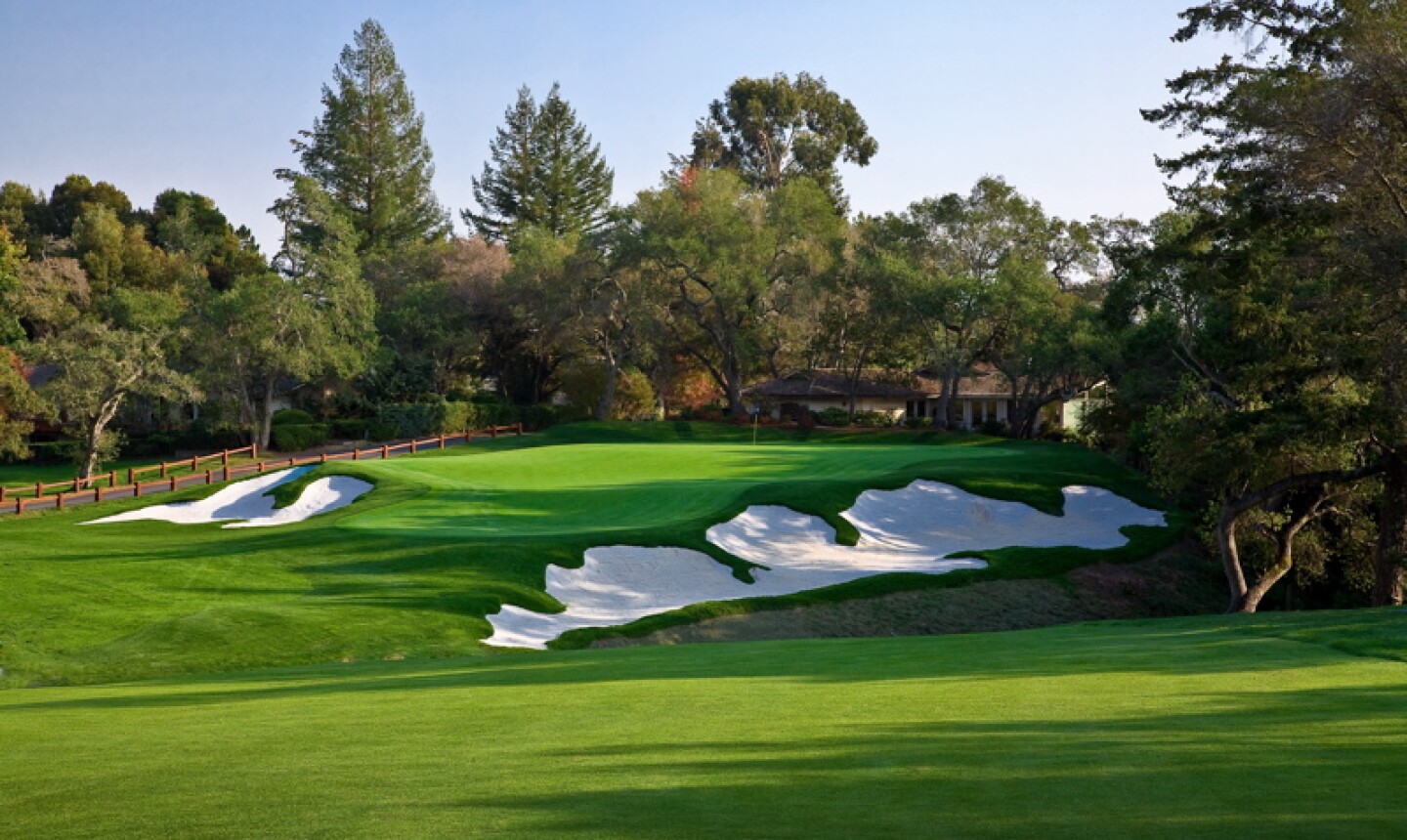 The front bunker on the famous 16th hole at Pasatiempo Golf Club was restored to its former glory. Courtesy of Rob Babcock/Pasatiempo G.C. 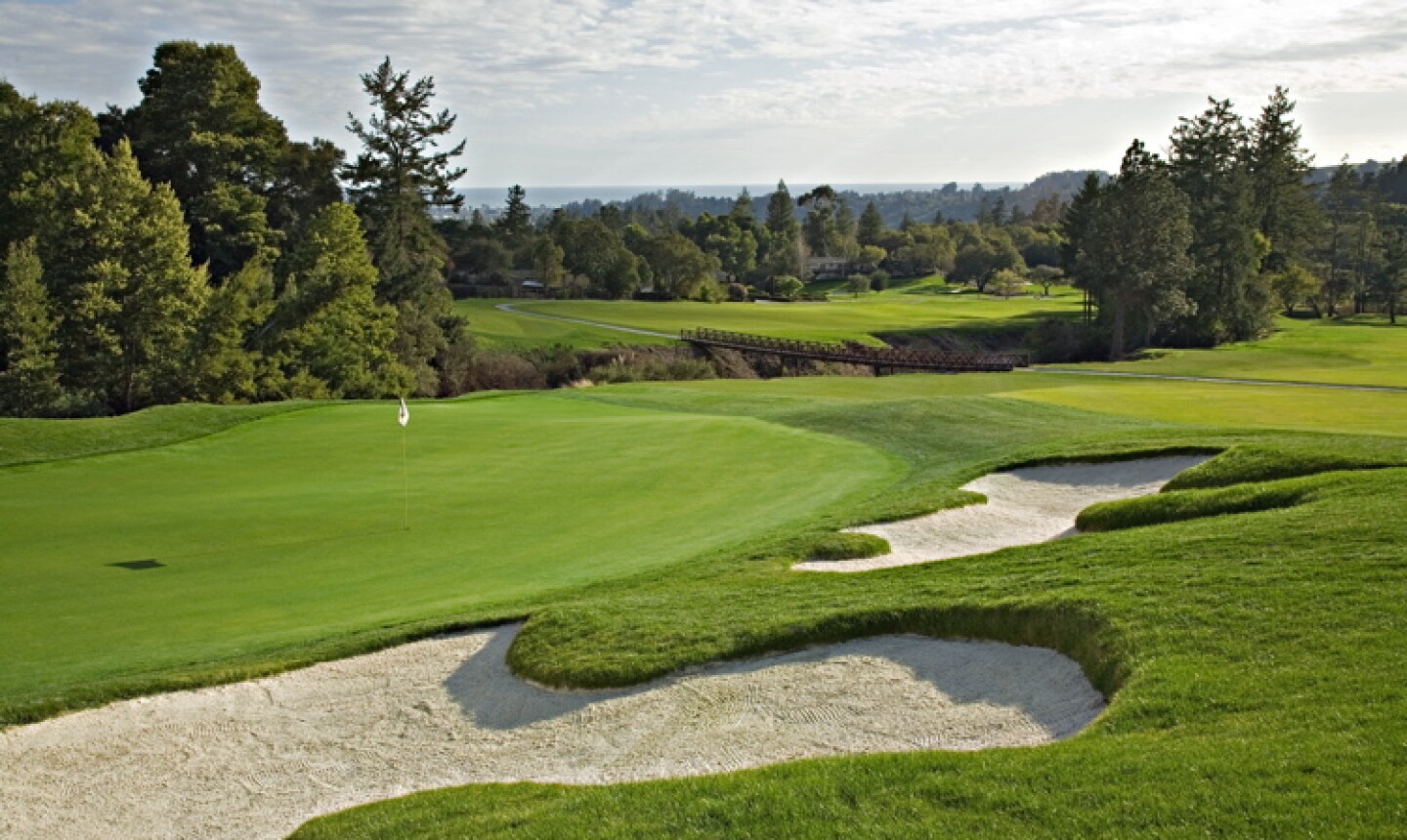 You won't find many holes that are tougher than the par-4 11th hole at Pasatiempo Golf Club in Santa Cruz, Calif. Courtesy of Rob Babcock/Pasatiempo G.C 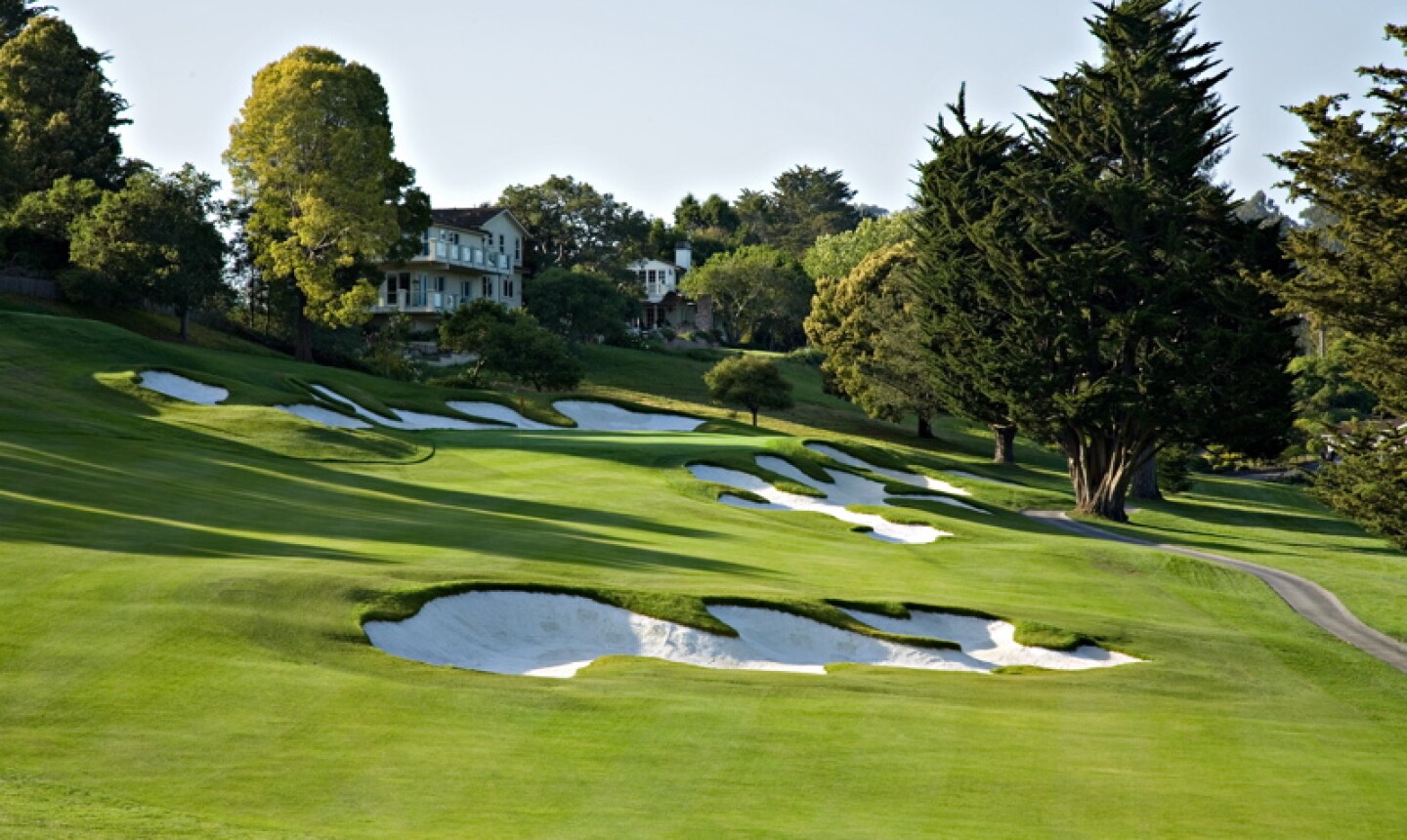 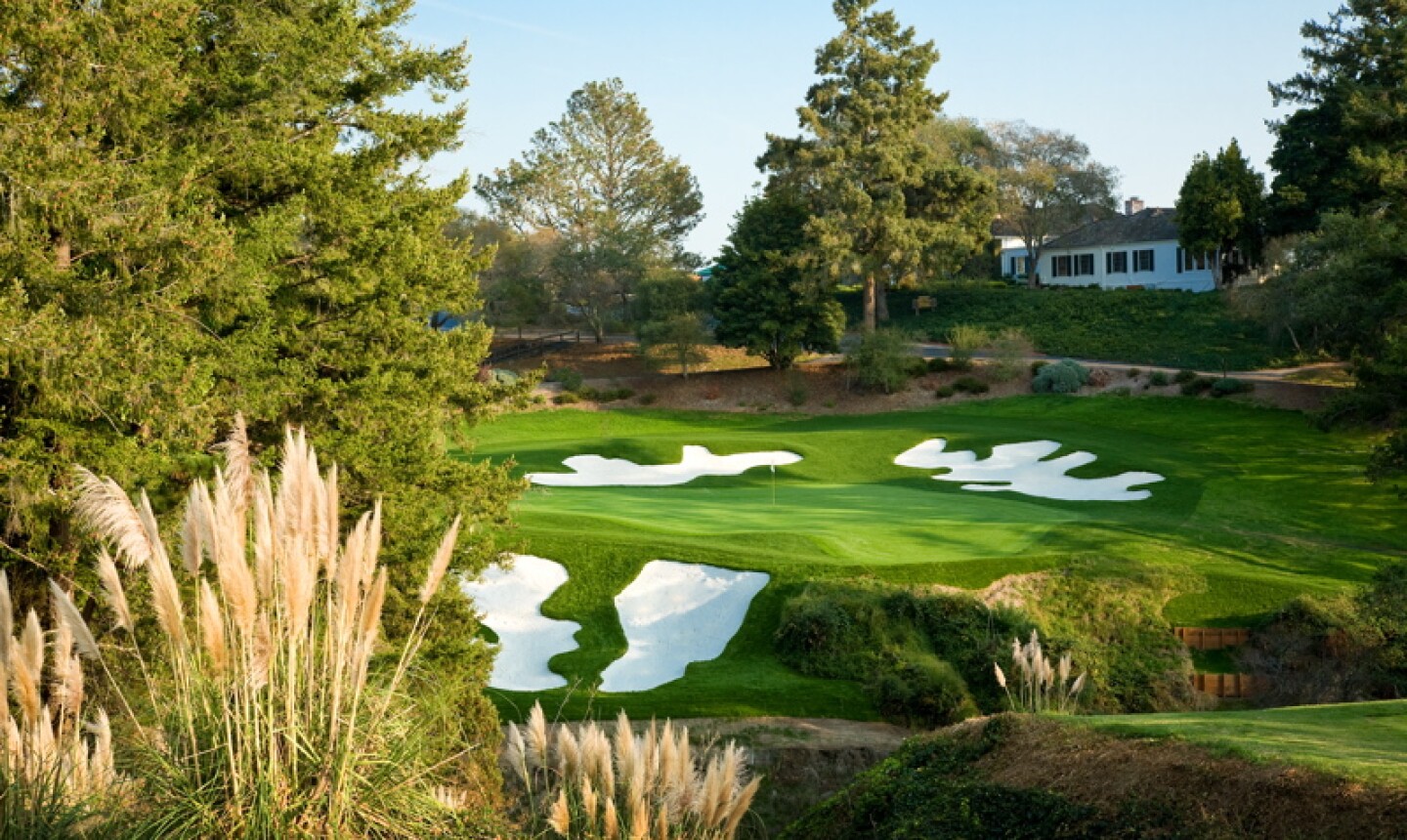 Pasatiempo Golf Club was arguably Dr. Alister MacKenzie's favorite golf course, so any restoration had to be painstaking and thorough. The result is nothing less than splendid.

SANTA CRUZ, Calif. - Ken Woods answers the question every day. "Which house was Alister MacKenzie's?" He never tires of the question.

The second question is, "Which way do the greens break?"

The answer to that one is obvious, said Woods, the head golf professional at Pasatiempo Golf Club. There's so much slope in MacKenzie's greens, especially following the recent two-year, $2 million restoration, that they are not tricky to read. But putting them, well, that's a different story.

"The questions never get old," Woods said. "When they do, it's time for me to hang it up."

For the record, MacKenzie's old house is to the left of the sixth hole, a 565-yard par 5 with a ridiculously difficult tee shot. But more on that later.

Pasatiempo has always enjoyed almost a religious following. It was, after all, the golf course where MacKenzie chose to make his home. And that's a pretty strong statement, considering he also designed Cypress Point Club an hour to the south and Augusta National with Bobby Jones.

But Pasatiempo, as grand as it has been over the years, was a victim of the Great Depression. The original design, with its severe greens and extensive bunkering, required a high level of maintenance. Through tough economic times, bunkers were eliminated or altered, greens were shrunk and tees moved, all to make the course easier to maintain. MacKenzie's original masterpiece was watered down.

So, after the discovery more than a decade ago of some vintage photographs showing the course in its original splendor, the club decided to move forward with a plan to bring back its former glory. For that, the club hired a young Tom Doak (of Pacific Dunes fame, among others) and Jim Urbina, of Renaissance Golf. The front-nine restoration took place in the fall of 2005, and the back nine was completed in the fall of 2007.

What you have now is a rarity: a golf course close to its original design of 80 years ago. Playing Pasatiempo, you can't help but wonder how difficult it must have been, especially when you consider the balls and clubs that were used then.

If you've never played the course, the first thing that strikes you when you get there is that this par 70 is only 6,600 yards long from the tips. Forget about it. With its changes in elevation, difficult greens and fairways that provide little roll, it plays more like 7,400 yards.

The first hole is 457 yards and plays every bit of it. The second hole is a 437-yard dogleg right. And the third is 235 yards uphill and sets up for a fade. Oh yeah, and the hole slopes severely from left to right and has three large bunkers.

Then there's the par-5 sixth. Ironically, it may be my least favorite hole on the course. The tee shot comes out of a shoot, and anything turning left is most likely out of bounds. Yet, there's no room right to bail out. In short, it requires a perfect tee shot.

While the front nine is both difficult and scenic (you can see the Pacific Ocean from the first tee and clubhouse on a clear day), it's only the appetizer for what many consider to be one of the finest nines in the world - holes 10-18 at Pasatiempo.

The 440-yard 10th is a severe dogleg left that takes two strong shots to reach. The 11th is even tougher. At 392 yards, it isn't length but degree of difficulty. Depending on the wind, you can hit anywhere from a long iron to a driver off the tee to set up a second shot as close as possible to the arroyo that splits the fairways. This will set up a shorter approach shot, which will surely come off a sloping lie.

Even with a short iron, finding the green that's on the other side of the hazard is anything but routine. Miss it right, and you are reloading or dropping a few feet closer. Or you could find the cavernous bunkers that protect the green on both sides.

Perhaps the most notable example of the restoration can be found on the 16th, which MacKenzie once described as the "best two-shot hole (par 4) I know."

The 16th's green complex, with its steep, three-tiered putting surface, got a complete facelift. The green was enlarged, and the hole's dramatic bunkering near the arroyo that winds through the course's back nine was extended as MacKenzie had originally designed.

Then, the 17th hole was lengthened, with the green extended 45 feet back to its original place against the edge of arroyo. And the final hole, the 179-yard par 3 that plays back over the arroyo, also got its bunker work restored to its original specs.

There was a time not too long ago when you could play Pasatiempo for under $100. No more. The secret has been out a while now, so these days it can run you $250 with a cart, $100 for a replay. That's supply and demand at work.

This is one of the best golf courses in the country, and the mere fact that the public has access to this semi-private club at all is a real privilege.

If you put out the money here, make a day of it. Soak in the atmosphere and stay a while. Have a drink or dinner at the Hollins House (built in 1929 by championship golfer Marion Hollins). Inside the Hollins House you will also find the Tap Room, named one of Golf Digest's best 19th holes.

The Tap Room's walls are lined with historic photos of Bobby Jones, Bing Crosby, Marion Davis, Clarke Gable and Pasatiempo taken during the 1930s and 1940s.

There's also the MacKenzie Bar & Grill located inside the clubhouse overlooking the ninth green. The Grill includes a full bar including a selection of single-malt scotch, a favorite of MacKenzie.

Range and golf instruction at Pasatiempo

Perhaps the only knock on Pasatiempo is that the range had to be squeezed in by the first green away from the clubhouse and requires a shuttle ride to reach. It's surrounded by nets to protect golfers on the putting green near the clubhouse and players in the first fairway, but it's certainly adequate enough for warming up before a round.

There are also large putting and chipping greens and multiple practice bunkers located near the first tee.

The club offers individual and group lessons by appointment.

Mike,
I would like to schedule a round to play with you and two close fiends of mine. The one who married the rich one will be paying of course. We would like to play Pasatiempo if possible when it's cold. I grew up in the mountains playing golf. The other guy is the best American downhiller ever.
Thanks.
Brett Snyder 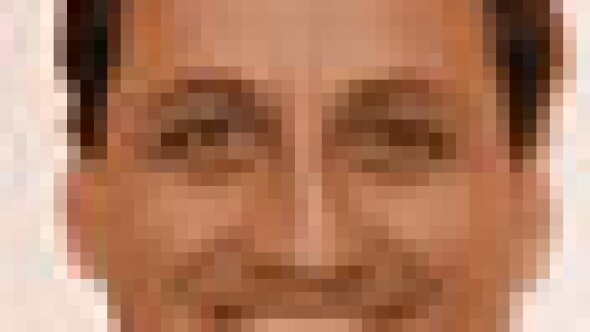 Steve Rocca
Steve Rocca has 16 years of journalism experience, including stints at the Virginian-Pilot, the Louisville Courier-Journal, the Palm Beach Post and the New Orleans Times-Picayune.
More from the author

Tim Gavrich
Senior Writer
Now Reading
After restoration, Pasatiempo Golf Club in Santa Cruz, California is back where MacKenzie intended
Search Near Me