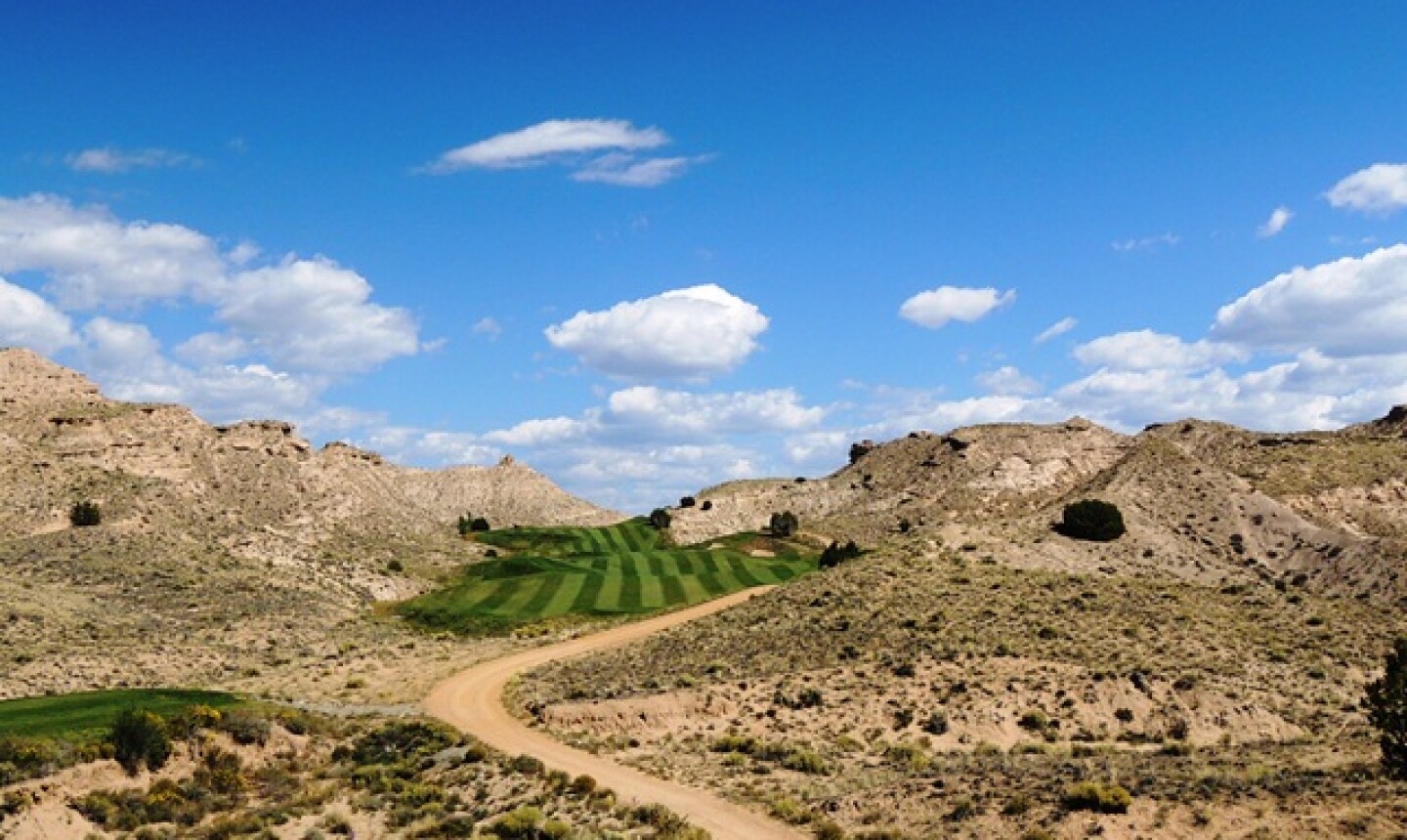 No. 16 at Black Mesa Golf Club is known as "Stairway to Seven" because of the double bogeys it produces for greedy players. Mike Bailey/Golf Advisor 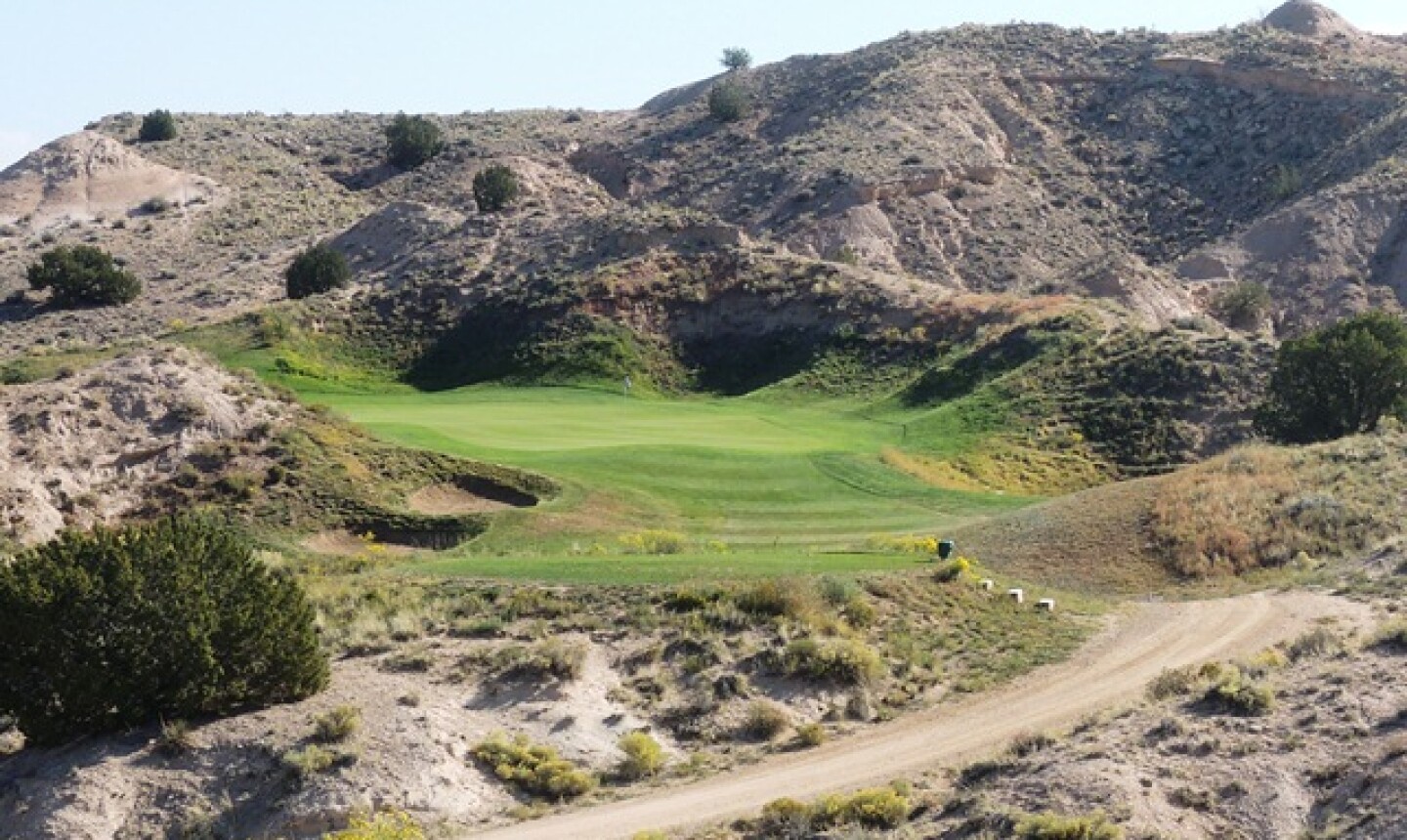 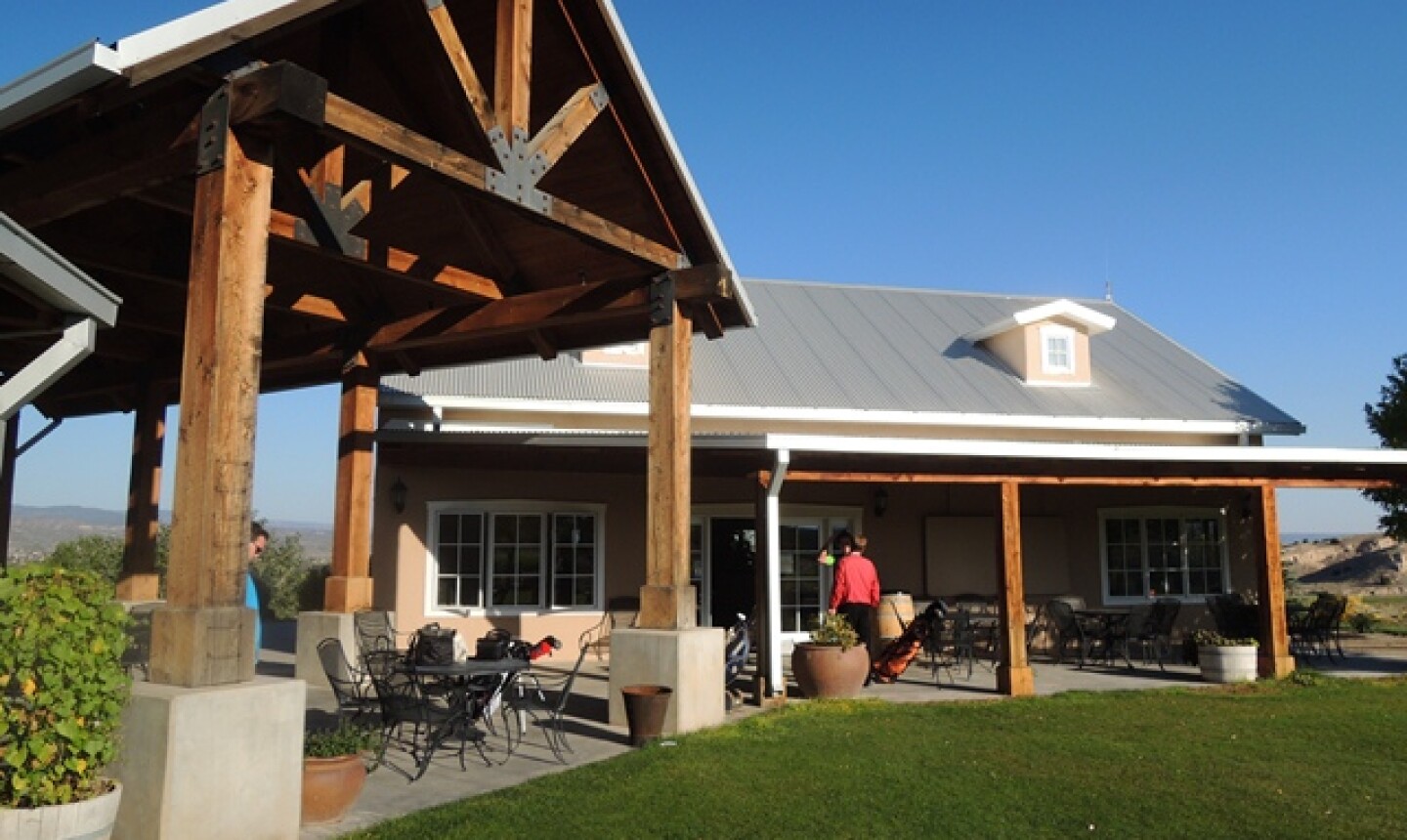 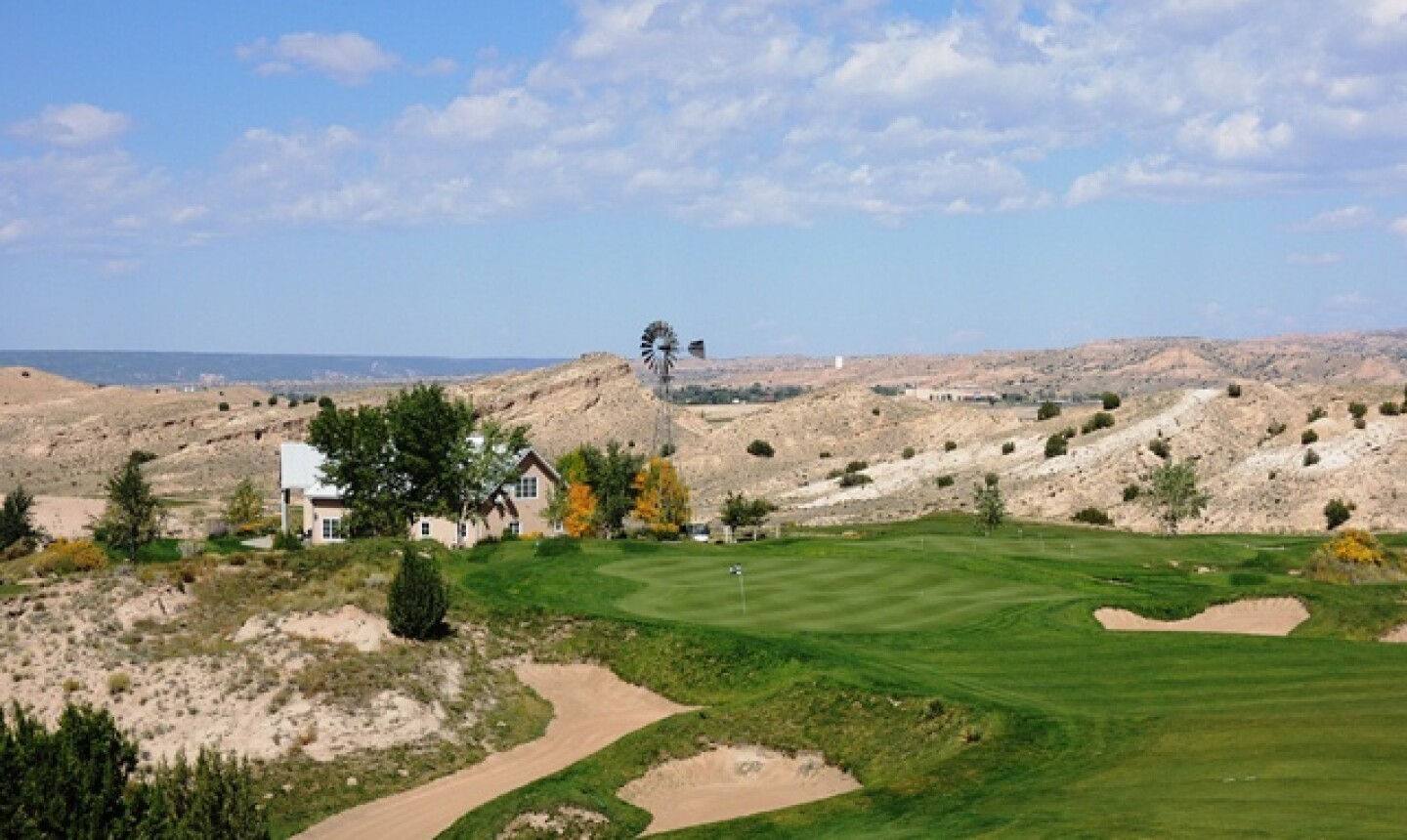 ESPANOLA, N.M. -- When Baxter Spann was working on the golf course at Black Mesa Golf Club, he said he eagerly anticipated every trip he made to the location, which is about a half hour north of Santa Fe.

When an architect is that enthused, and when the architect knows what he's doing, the results hare usually pretty good.

The state has some pretty good golf –- Paa-Ko Ridge and Pinion Hills, among them -- but nobody would bat an eye if you told them you thought Black Mesa was the best golf club in New Mexico.

The best part is that it's nothing like Pinion Hills, a terrific muni located in Farmington, or Paa-Ko Ridge, which is set in the Sandia Mountains north of Albuquerque.

Black Mesa has completely different terrain than both of them, and it is certainly one of the most unique golf courses in America. And Spann, who is vice president of the Houston-based firm of Finger, Dye and Spann, would be the first to tell you that the most important part of his job was simply to take advantage of what Mother Nature provided.

"The combination of on-site land forms and off-site views is second to none," Spann said of the golf course that not only uses its namesake, Black Mesa, as a backdrop but countless other rock formations to create a canvas that few golf courses can match.

In the end, though, Spann did add his creativity, blending in one different hole after another to fit into the rocks, not fight them.

"Our design concept was to create as wide a variety of holes as possible, with each having its own memorable features that set it apart from the others," he continued. "Dramatic bunkering and green contouring in keeping with the scale of the natural landforms are featured here, rather than extreme overall length. Wind is a major influence on this site, and we wanted a course that would be fun and challenging in calm conditions but yet not impossibly difficult on the frequent days when it is blowing 30 or 40 miles an hour."

Perhaps that's why Black Mesa has sort of an Irish feel to it. The fairways, for the most part, are generous, especially on the couple of occasions that call for blind tee shots.

"In keeping with this spirit, we incorporated some hidden target areas and semi-blind uphill shots that will require some local knowledge and familiarity with the course to negotiate successfully."

Of course, in any conditions, you still have to master Spann's sometimes three- and four-tiered greens. The key there is to not get on the wrong side of the hole, which is easier said than done.

Black Mesa is the kind of golf course you play once or twice, and you can remember every hole. There are only two holes with water on the course, and while they are aesthetically pleasing, the course would have been just fine without them.

The real topography stars are the rock formations, canyons and elevation changes. There are so many holes that take advantage of the terrain, like the par-3 11th, with its elongated green nestled inside of three large rock walls.

All the par 3s are strong and vary in length. And the par 5s aren't too shabby either. The third, for example, ends with an elevated green where four-putt is a distinct possibility with certain pin placements. It's also 603 yards from the tips.

Black Mesa Golf Club's most unique par 5, though, is the 16th. At 536 yards, it's reachable in two but carries big-time risks as anything missed left can find the desert rocks or worse. The green has some big-time slopes to it. Big tee shots from its elevated tee box put players in the precarious position of thinking about going for it. Make the wrong choice or don't execute the shot, and double bogey or worse loom, which is the reason the hole is nicknamed "Stairway to Seven."

Like any good golf course, Black Mesa finishes strong after that with an uphill approach to a fairly shallow green on the 17th and a treacherous dogleg right finishing hole that requires two precise shots to set up a birdie putt.

Stay and play at Black Mesa

The golf course sits on land owned by the Santa Clara Pueblo Indian Tribe, which also owns and operates the nearby Santa Claran Hotel and Casino. The hotel portion is just a couple of years old. It offers spacious modern rooms with plenty of detailed woodwork throughout the property.

The casino also has a couple of restaurants and a sports bar. Its fine dining restaurant, the Black Mesa Steakhouse, serves up prime steaks and lamb shops as well as some seafood and a large collection of wine.
Cost of golf packages that include rooms vary somewhat but are usually quite reasonable compared to some other resorts around the country.

In every sense, Black Mesa G.C. is a truly memorable golf experience. From its humble clubhouse to the care the staff puts into making you breakfast or lunch, Black Mesa separates itself from most golf facilities.

The customer experience starts with co-owner Ed Peck, a single-digit handicap who loves the game as much as any of his customers. From the golf shop to the snack shop, customer service is first rate and done with care.

Black Mesa also has terrific practice facilities, which include a large grass range and short-game area. But most of all it has a golf course that won't soon forget after you play it.