Everything is bigger in Texas, except these great 'little' golf resorts 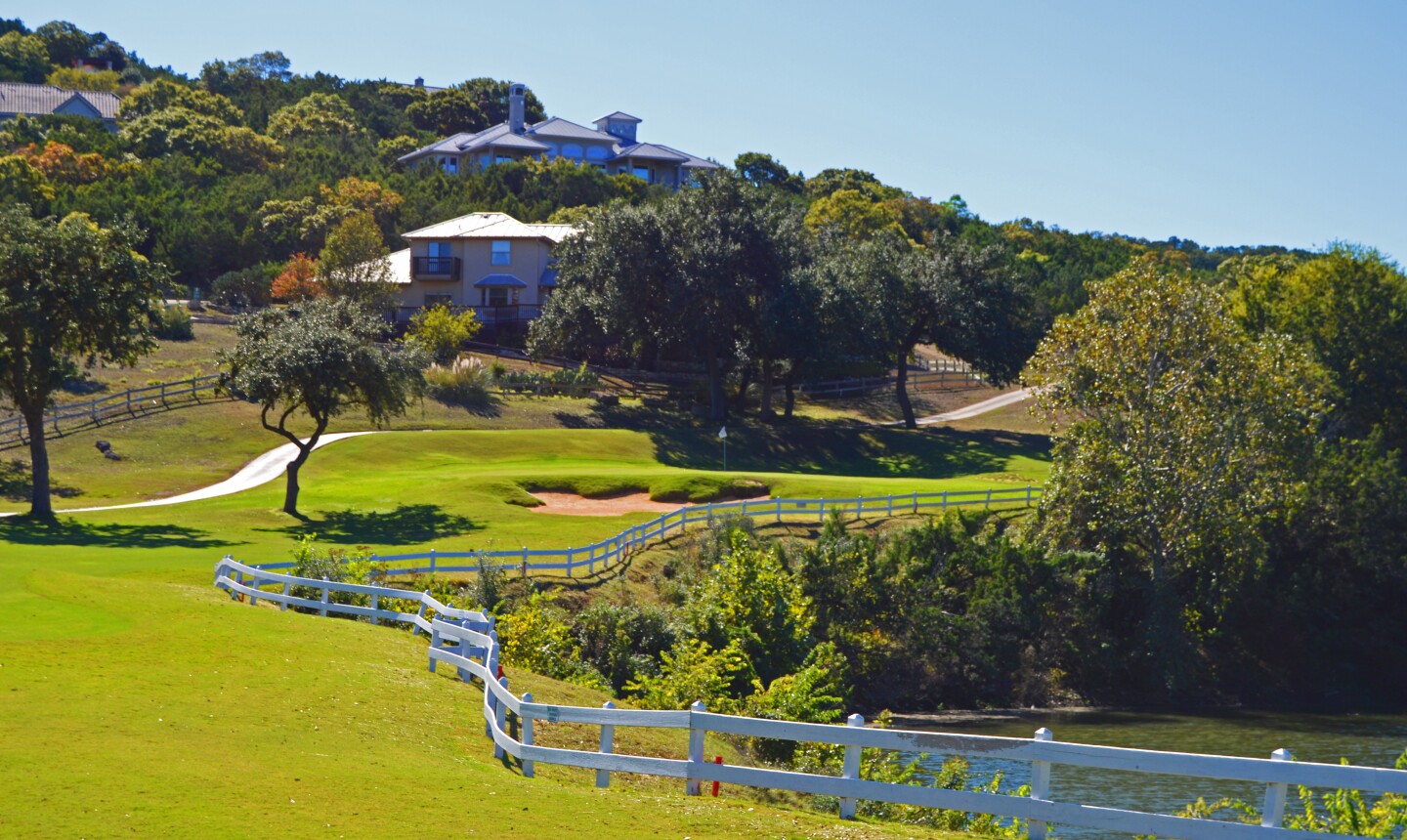 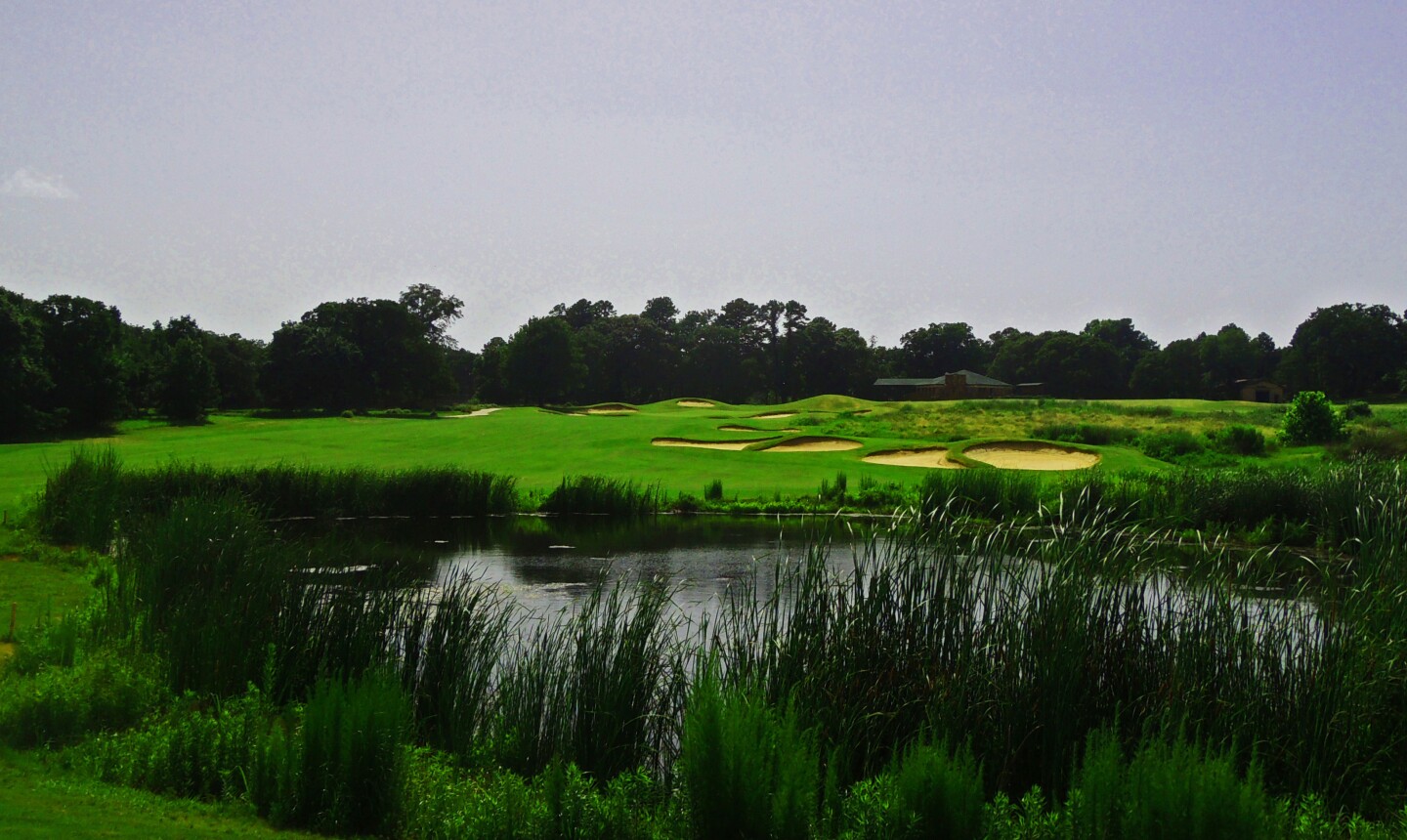 Pine Dunes, designed by Jay and Carter Morrish, is one of the highest rated public courses in Texas. Mike Bailey/Golf Advisor 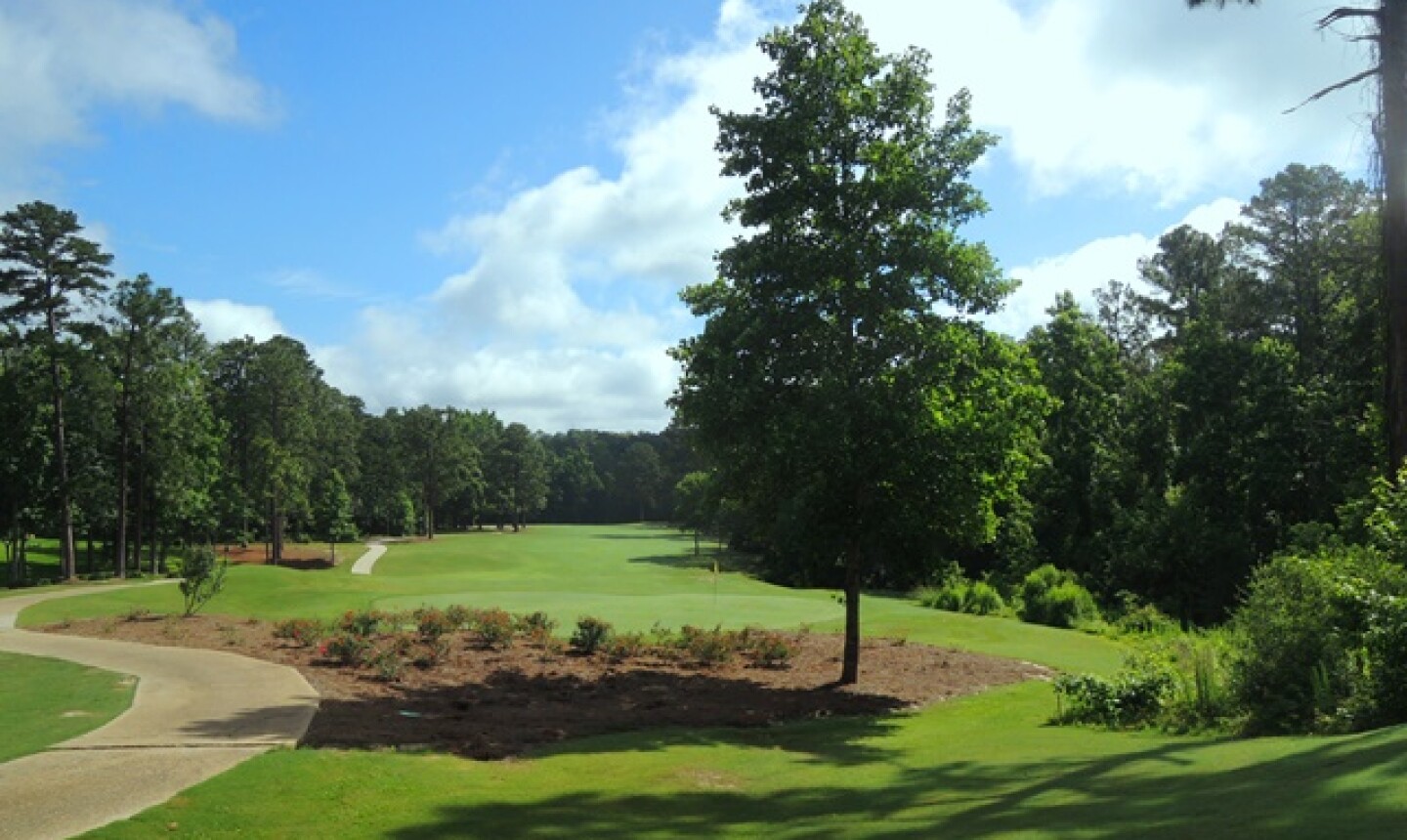 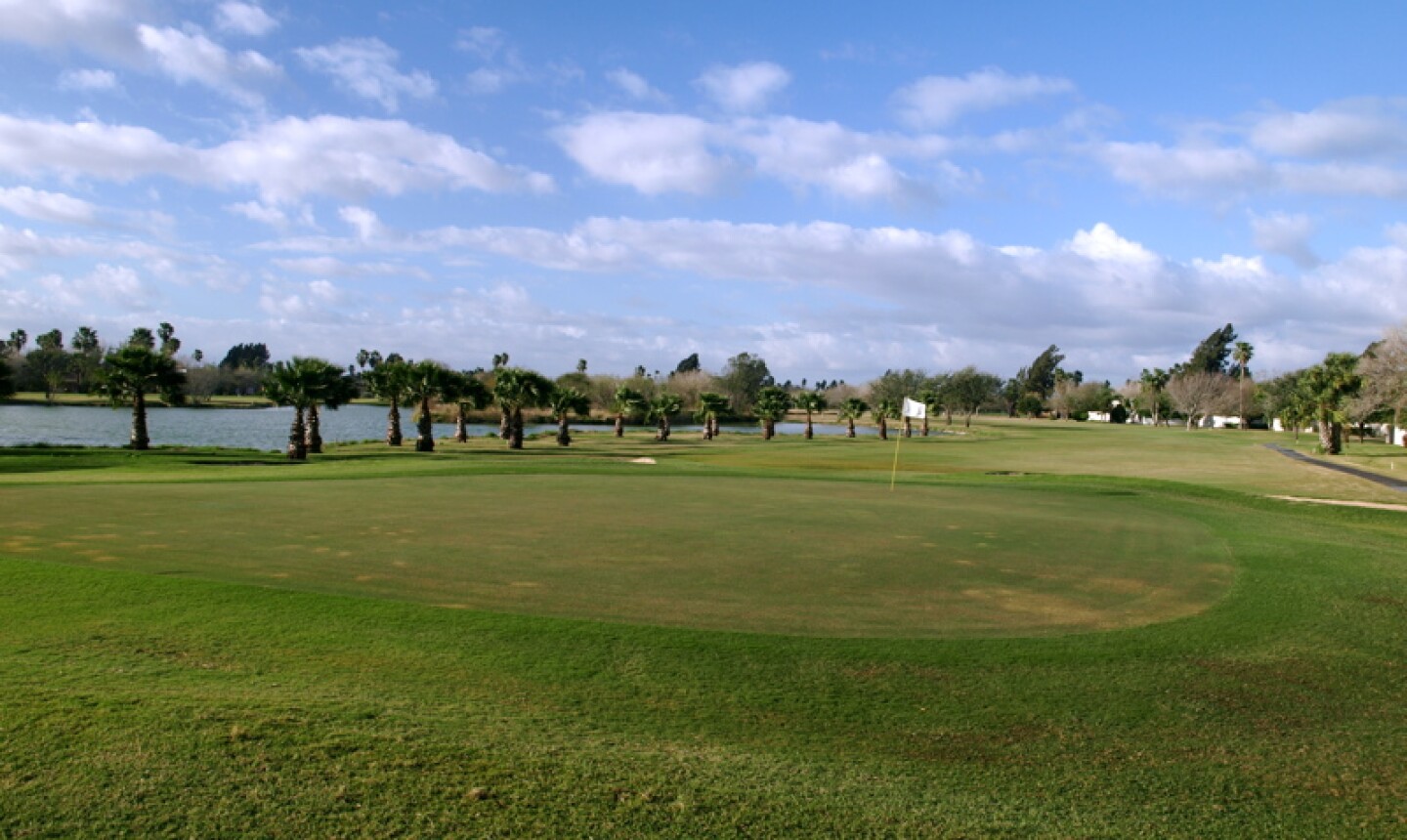 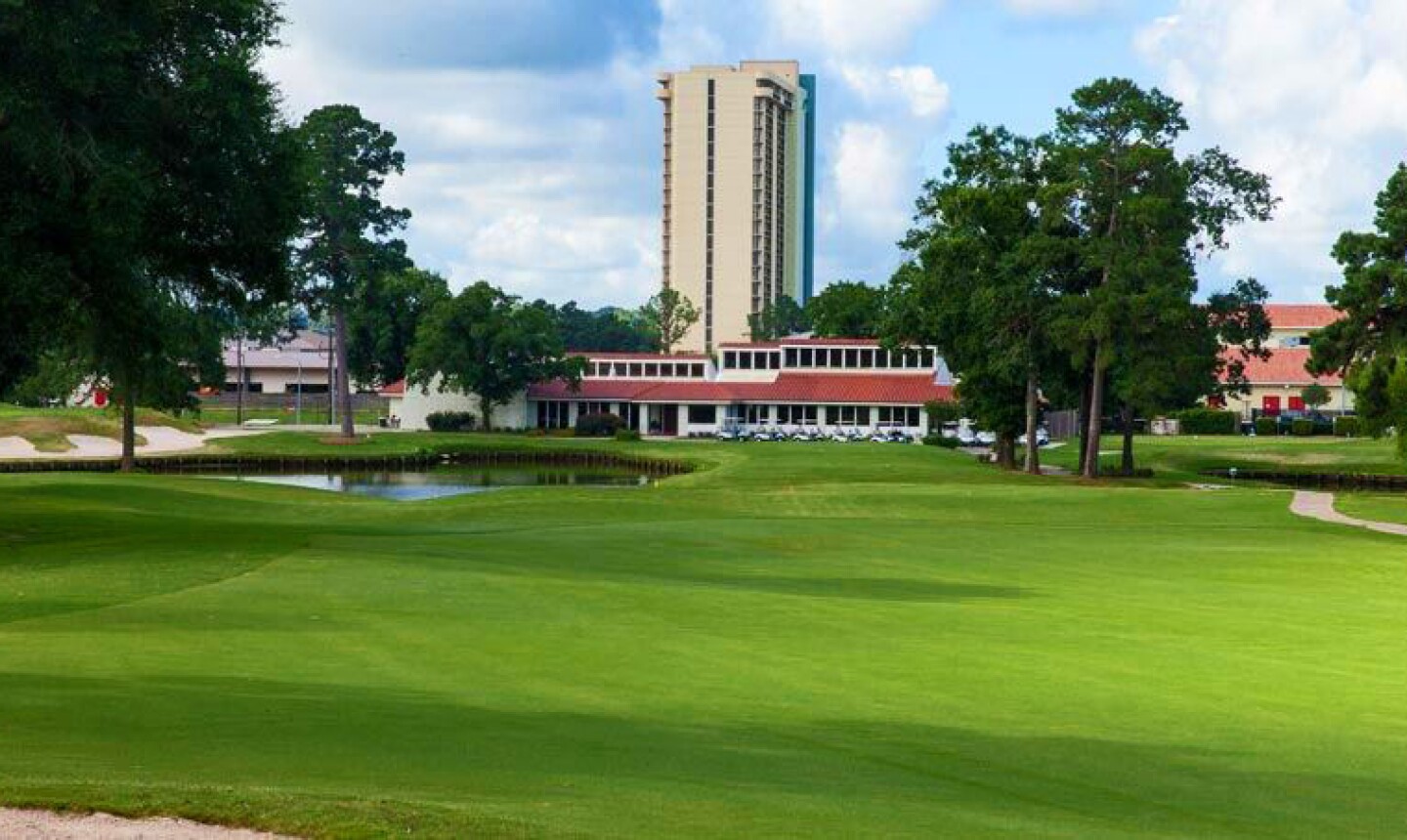 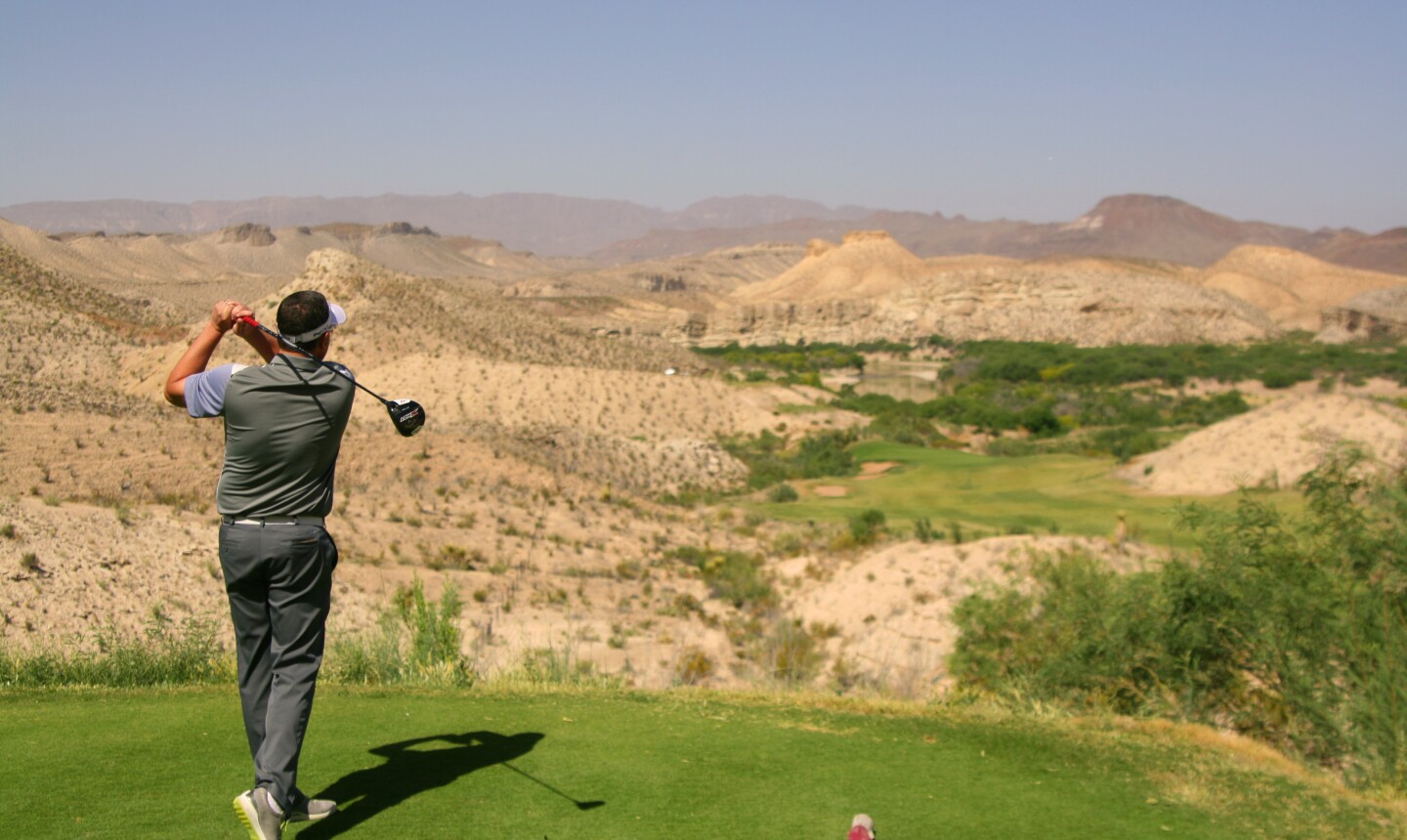 From Black Jack's Crossing's 14th tee you can see the Rio Grande and Mexico behind the green. Brandon Tucker/Golf Advisor

Even if you're not from the Lone Star State, you might have heard of Barton Creek, Four Seasons Resort and Club at Las Colinas, the JW Marriott San Antonio Hill Country Resort and Horseshoe Bay. These are Texas' marquee resorts, and they're all multi-course facilities with lots of rooms. In fact, the JW Marriott San Antonio Hill Country Resort (site of the Valero Texas Open) has over 1,000 guest rooms, a 9-acre water park and nearly 300,000 square feet of meeting space and to go along with 36 holes of TPC-brand golf.

But the state has some lesser known -- and perhaps a little more value-priced -- locales that are smaller and away from the limelight.

Lodging at many of these smaller resorts range from basic to upper end (some of them don't have spas). This makes them ideal for casual buddy trips or even a quiet romantic getaway. Here is a collection of Texas' best little resorts, where the emphasis is golf with a place to crash and do it all over again the next day.

Located about two hours or so southeast of Dallas, Pine Dunes Golf Club really is the quintessential best-kept secret in the state, though its quality hasn't escaped state rankings (the Dallas Morning News has it ranked second in the state among public facilities). Originally nine holes, architect Jay Morrish did a redesign that included nine more holes when the course opened in 2001. With no homes and no distractions and always in good shape, the nearly 7,200-yard course really is somewhat reminiscent of Pinehurst, Augusta and maybe even Pine Valley with its pines, pine straw and more than 75 conventional and waste bunkers. As for the resort aspect of this property, let's just say it's basic accommodations, but it's very affordable. This is a terrific buddies trip and a golf course you won't mind play two or three times in a row.

It’s quite a hike from Texas' population centers, but Lajitas Resort & Spa in the Big Bend region of west Texas is well worth the 300-mile or more drive (or fly to Midland and rent a car from there). The resort has an old west feel to it, but it's actually plenty luxurious. Dining is outstanding and so are the views of the mountains and the night sky. As for the golf course, Black Jack's Crossing, there's nothing like it in Texas. Set among the buttes and mesas of the Chisos Mountains on the Rio Grande, the course, which was designed by World Golf Hall of Fame member Lanny Wadkins, has elevated tees, winding holes, plenty of bunkers and paspalum greens and fairways. In addition, there are other things to do at Lajitas, including skeet shooting, Jeep adventures, hiking and fishing. The best time to visit is fall to spring, since it gets almost unbearably hot in the summer.

For years, Crown Colony was a private club that hosted scores of state amateur competitions as well as local PGA events. But more recently, the club has opened its doors to stay and play packages as well, making this drive to the Piney Woods of East Texas well worth it for Dallas and Houston area golfers. The golf course is one of Robert von Hagge's best with plenty of water, doglegs, excellent conditions and tree-lined fairways. Guests at the club's villas can also enjoy fine dining, lighted tennis courts, the pool and a terrific Sunday brunch.

A few years ago, new owners bought the old Del Lago resort, renamed it, rebranded it and spent millions in hotel renovations as well as updating the golf course with local architect Jeff Blume. It has taken a while, but La Torretta is coming into its own both on the golf and the lodging side. The championship level golf course has lots of memorable holes in a nice setting (though no holes are actually on Lake Conroe). And the resort has more than 400 well-appointed rooms in its tower, plus renovated bungalows, eight restaurants, a full service spa and plenty of meeting space.

Yes, La Torretta is physically big, but is still one of the lesser known golf resorts in the state.

While the JW Marriott San Antonio, Hyatt Hill Country Resort and La Cantera draw most of the attention in San Antonio, Tapatio Springs offers peaceful escape to the Texas Hill Country right next to the artsy/antique town of Boerne. In 2011, Texas developer Tom Cusick along with friend and country music star George Strait bought the course. More recently, Northview Hotel Group and Seis Holdings joined with Cusick and Strait to become a major partner, and more money has been pumped into not only the course, but the resort as well. This once 27-hole golf course is now a much improved 18 holes, and where it lacks in length, it makes up in character. Conditioning has also improved as the result of better irrigation and new ownership, and architect Tripp Davis has been overseeing recent renovations.

Not too far from Beaumont, which is about an hour or so east of Houston, is the blue-collar Rayburn Country Resort in Brookeland. The accommodations are average at best, but the golf course, which was recently redesigned by Randy Russell, is a real gem. And the restaurant and bar in the recently built clubhouse are on par with the golf course. There are 27 holes, originally built in 1968, was always solid, with each nine designed by name architects -- Robert Trent Jones Sr., Jay Riviere and Robert von Hagge. The renovations included new turf, new greens, bunkers, bunker sand and the thinning out of tall pines that were crowding the greens in fairways. A really special golf course and another true hidden gem, well worth the drive from Houston or even Dallas or San Antonio.

While the golf courses are certainly fun and no pushover, the big attraction here is the weather and the nearby beaches of South Padre Island. Located on the same latitude as Miami near Brownsville, Texas, this is a very affordable winter getaway with decent accommodations, dining, tennis, paddle boarding, massage and other amenities. The 27 holes of golf – the El Angel (nine holes) and El Diablo (6,800 yard par 72) – are medium-difficult tropical layouts where wind and water is almost always a factor. The El Diablo Course actually hosted PGA Tour School when Peter Jacobson, Curtis Strange and Craig Stadler qualified.

Big Easy Ranch: One of the newest resorts in the state, Big Easy Ranch in Columbus, and has just a nine-hole, par-3 course and Hal Sutton Golf Academy. The 1,300-acre resort emphasizes hunting and fishing.

The Bandit: Located in the popular vacation town of New Braunfels (home to Schillterbahn, Gruene Hall and tubing the Comal river among other attractions), The Bandit is one of the best courses between San Antonio and Austin and has a handful of lodges for short term rental onsite.

Palmilla Beach Golf Club, one of the Top 50 courses in 2016, similarly has a handful of onsite condos available for golf packages in Port Aransas.

Wolfdancer at Hyatt Regency Lost Pines: This nearly 500-room resort is only "small" because Omni Barton Creek's 72-hole resort casts such a large shadow in Austin. 18-hole Wolfdancer is every bit of a must-play championship layout with wonderful scenery void of a residential component. 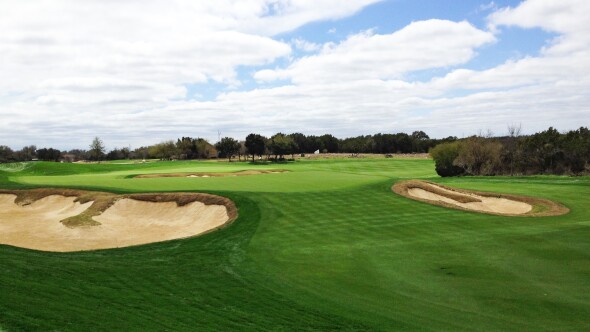 Kira K. Dixon
Lifestyle Correspondent
Now Reading
Everything is bigger in Texas, except these great 'little' golf resorts
New Cookie Policy
WE AND OUR PARTNERS USE COOKIES ON THIS SITE TO IMPROVE OUR SERVICE, PERFORM ANALYTICS, PERSONALIZE ADVERTISING, MEASURE ADVERTISING PERFORMANCE, AND REMEMBER WEBSITE PREFERENCES. BY USING THE SITE, YOU CONSENT TO THESE COOKIES. FOR MORE INFORMATION ON COOKIES INCLUDING HOW TO MANAGE YOUR CONSENT VISIT OUR COOKIE POLICY.
CONTINUE
Search Near Me